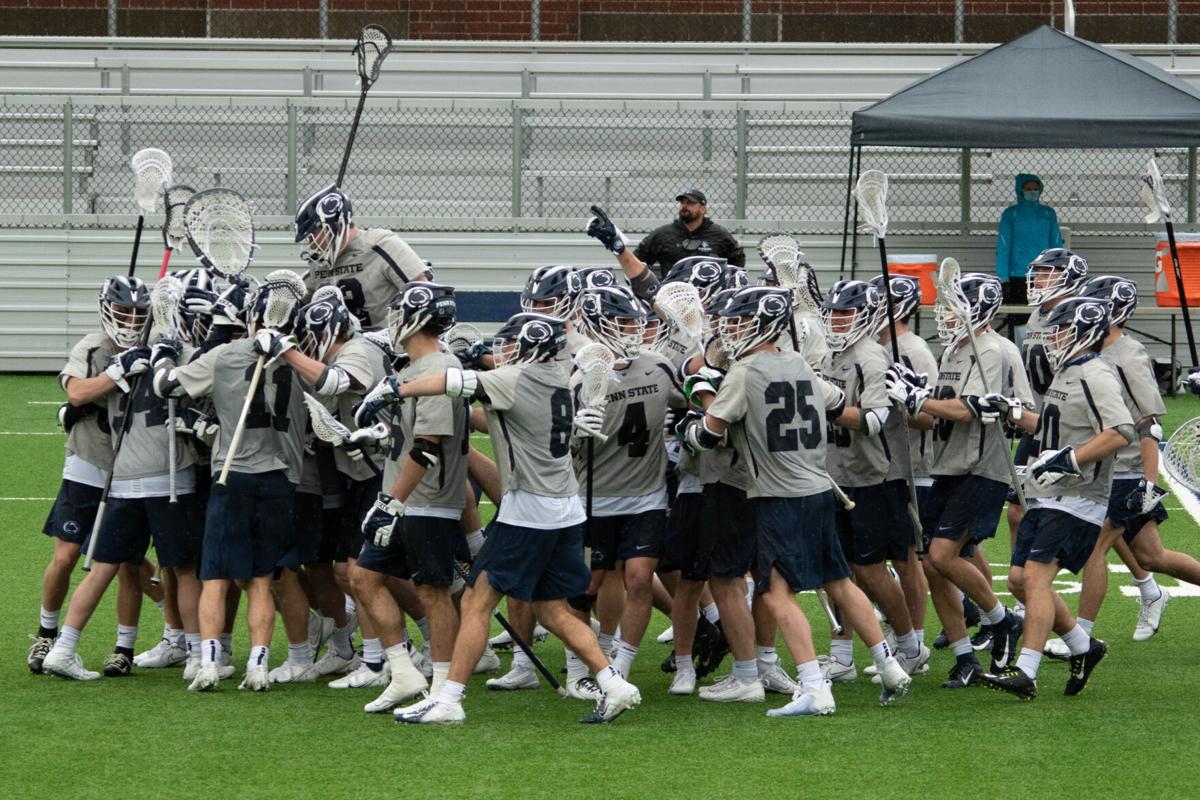 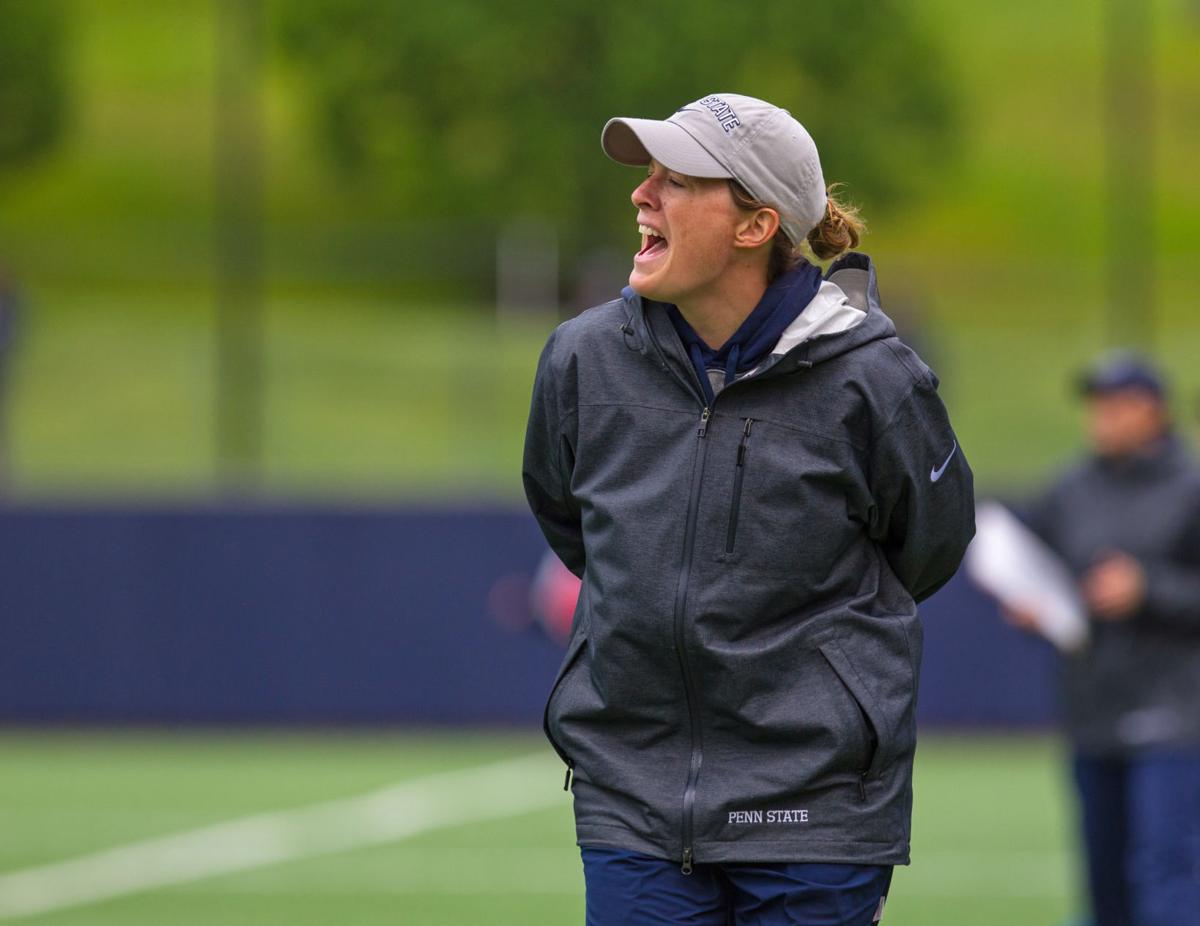 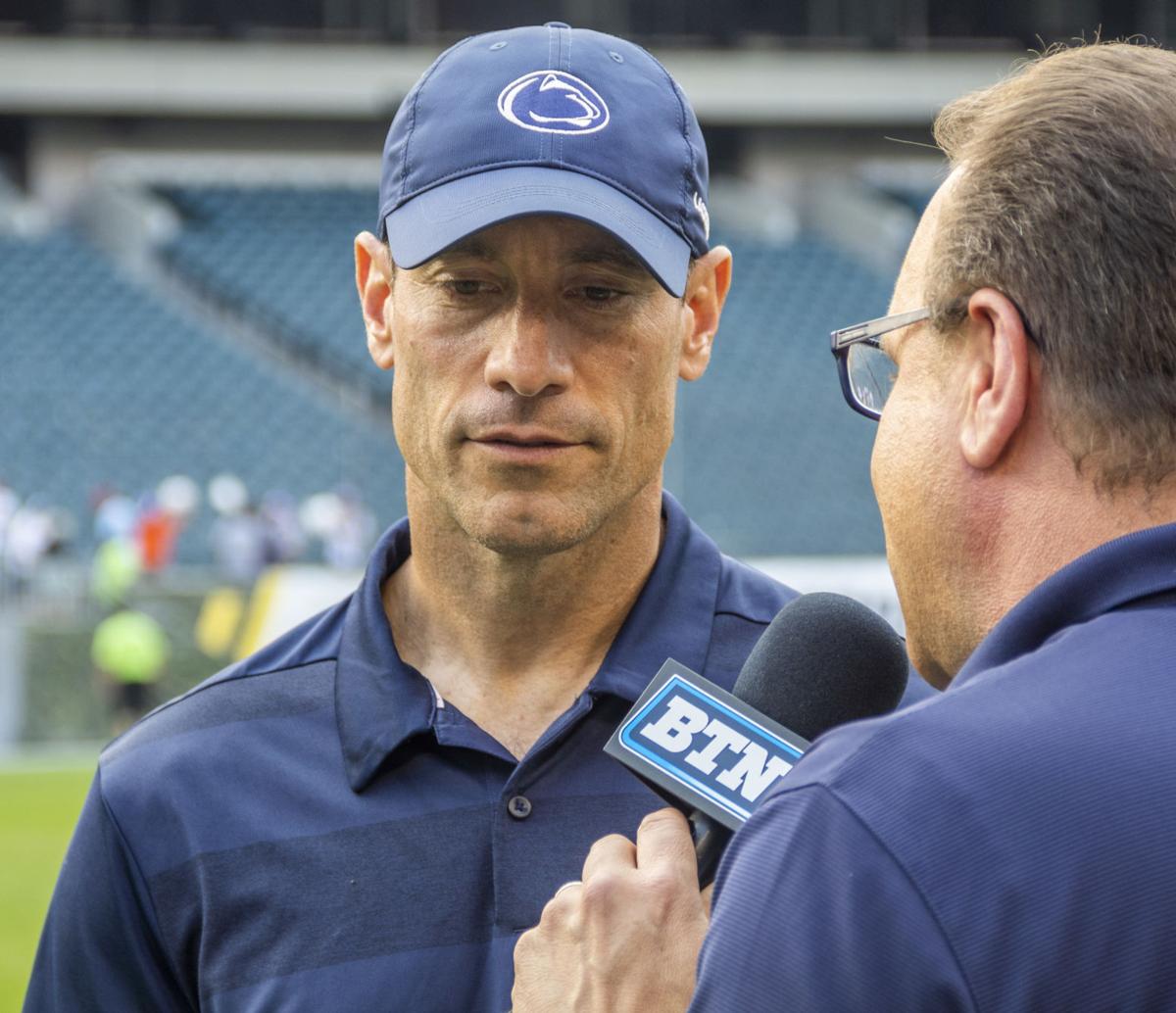 Head coach Jeff Tambroni is interviewed by BTN after Penn State's season-ending loss to Yale in the NCAA men’s lacrosse semifinal game at Lincoln Financial Field in Philadelphia on Saturday, May 25, 2019. The No. 5 Bulldogs defeated the No. 1 seed Nittany Lions 21-17.

As long as people have played sports in North America, they’ve played lacrosse — at least some variation of it.

The sport’s history can be traced back to Native Americans, specifically the tribes of the St. Lawrence Valley and the eastern half of the United States and Canada before eventually spreading to the Midwest and the South.

The game is much different today than it was hundreds of years ago, but it’s still a history that sticks with those involved in lacrosse today.

“I think there’s a rich tradition to our sport,” Missy Doherty, Penn State women’s lacrosse coach, told The Daily Collegian. “I think anyone that’s involved in it knows that, and I think people need to continue to learn more about it.”

Doherty mentioned the evolution of the sport as something that particularly interested her.

The game, now known as lacrosse, started as stickball.

Games could last several days and feature anywhere between 100 and 1,000 players. It would take place over vast fields — sometimes taking up miles of space.

The rules may have varied from tribe to tribe and region to region, and considering how far back the tradition goes, some of the details are hard to piece together.

It’s thought the game was played for hundreds of years before French Jesuit missionaries witnessed it in the 1600s.

Jean de Brébeuf saw the Huron Native Americans playing the game and coined the name “lacrosse,” but it wasn’t until the 1800s where more standardized rules began to be put in place.

The one cardinal rule since the origin of the sport has remained the same — players cannot use their hands to touch the ball.

When the game first began, trees or rock piles were chosen as goals, and balls were made from carved up wood, but eventually, Native Americans began using deerskin to make the balls.

“I think our team recognizes the roots of the game with great reverence and respect to the Native Americans,” Jeff Tambroni, Penn State men’s lacrosse coach, told the Collegian.

Tambroni said the motivation behind the game is an element that stands out to him.

Initially, the sport was used to settle land disputes, but lacrosse has a more spiritual element as it was used as “a medicine and a chance to heal,” Tambroni said.

Tambroni said most sports don’t have a spiritual meaning this deep, which is something that helps extend the game beyond the scoreboard.

“It was a way for people to connect, so if somebody passed away, you could honor him or anger them through the sport of lacrosse,” Tambroni said, “Certainly, the game has a great route of honor, sportsmanship and feeling.”

Tambroni grew up in New York, close to the Onondaga Nation Reservation — a tribe where the sport holds a special place.

Penn State has had an up-and-down season early on, but it finds itself two games above .500 …

“Lacrosse at Onondaga is considered sacred. It is a game that was given by the Creator, to be played for the Creator, and has been known to have healing power. Because of this, it is also known as the Medicine Game,” according to the Onondaga Nation.

The Onondaga, like many who played the game, believed the sport connected them to the Earth, and they further this belief with one of the nation’s key traditions — using handmade sticks from hickory wood.

“I think not looking back into its original form or into the roots of the game is probably disrespectful and lacks perspective,” Tambroni said.

Tambroni also said he wants to do a better job of passing the knowledge he gained growing up near the Onondaga Nation Reservation along to his team.

Doherty said the history leads her to take pride in the game, and one of the missions of the modern day sport should be to embrace the history and tradition behind the game.

“I think that with everything you want to respect our history, and part of that comes from educating people on the history of our sport,” Doherty said. “And then also respecting the traditions that have come before us.”

Doherty added that communicating the history is something everyone involved in lacrosse needs to do more of, and it's her responsibility to take ownership of sharing the tradition of the game.

Her knowledge of the real history of the sport started by doing projects and reports in school, and for her, the education served as a reminder that the game is bigger than just one person.

“You’re always part of something bigger than you to be a part of a sport that goes back so far,” Doherty said. “It’s just a good reminder to sometimes step out of your little world and realize that — what it took to get you where you are.”

While wrestling plays a large part in the everyday lives of Penn State, the Thanksgiving hol…

Will Rosenblatt is a general sports reporter and videographer for The Daily Collegian. He is a junior majoring in film/video.