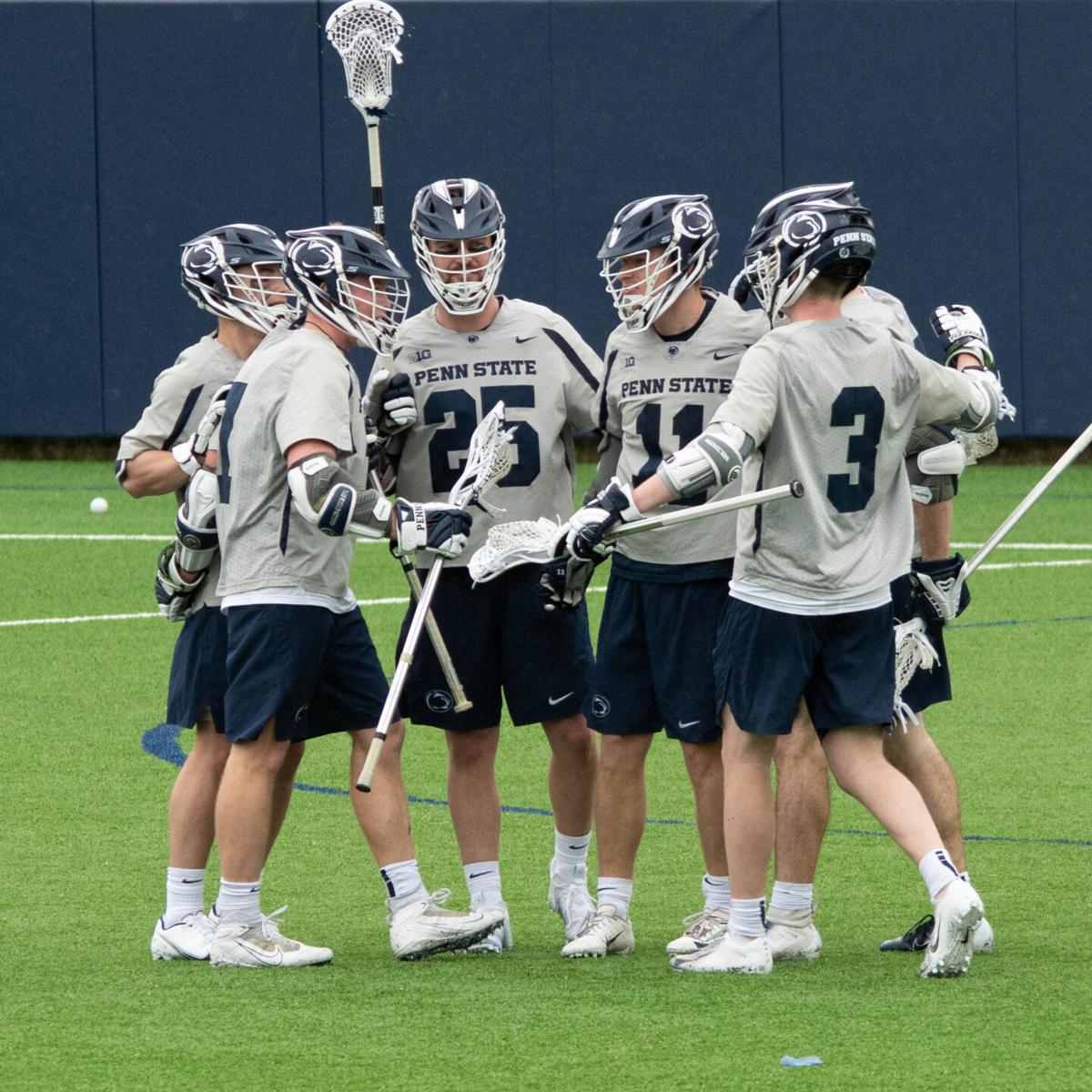 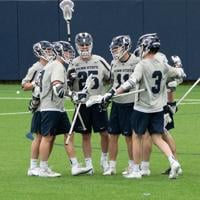 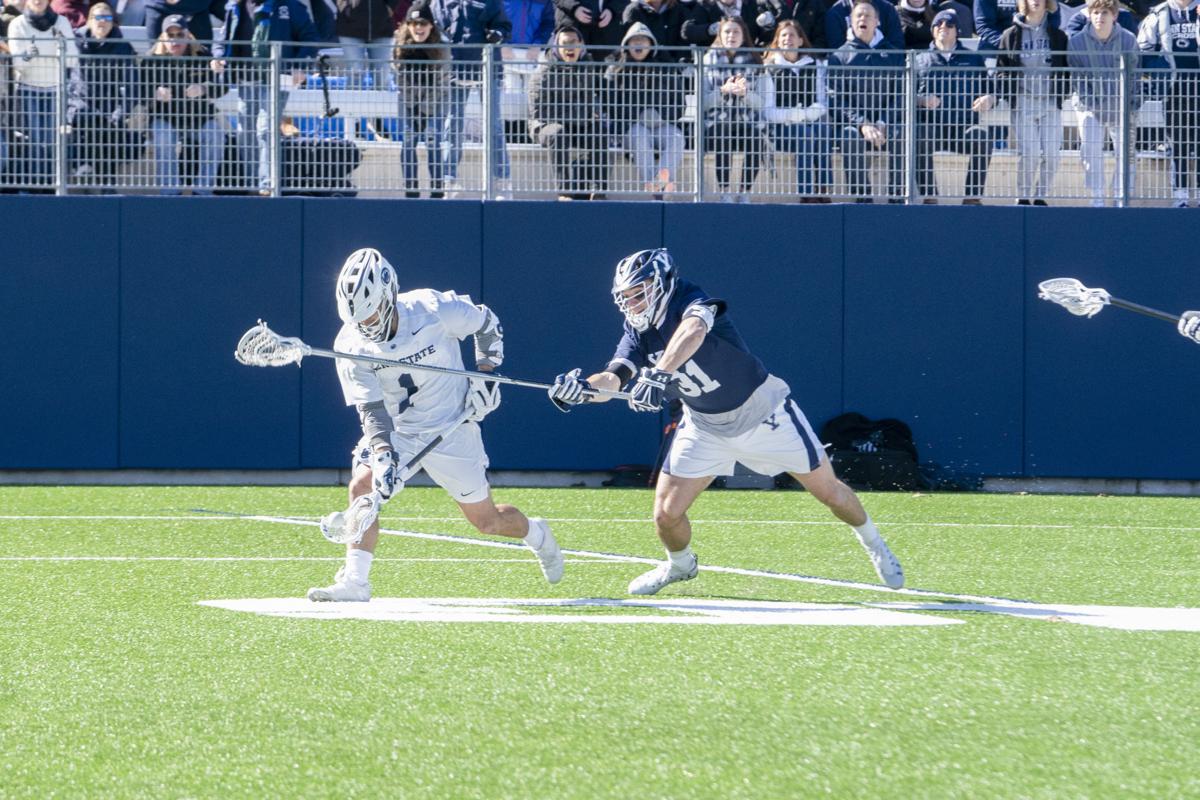 Attacker Grant Ament (1) holds on to the ball against Yale's Chris Fake (31) during Penn State Men's Lacrosse's game against Yale. The Bulldogs edged out the Nittany Lions 12-10. Saturday, Feb 22, 2020 at Panzer Stadium 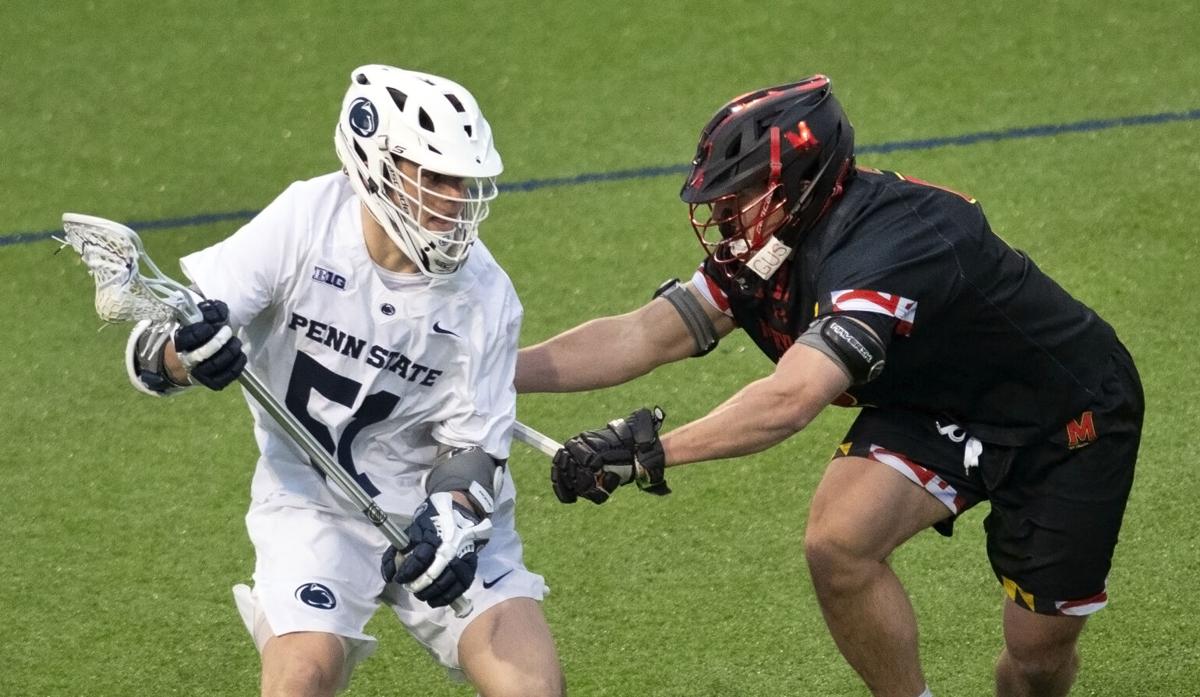 When Rutgers defeated Penn State in the season opener in February, it was viewed as a major upset for the Scarlet Knights.

Since the opening week of Big Ten action, much has changed.

Now one of the most dominant teams in the country, Rutgers is the team to beat in its rematch against the blue and white this Saturday.

Penn State is no longer ranked, and Rutgers is a legitimate threat to compete for a national championship this spring.

It’s easy to point fingers as to what has gone wrong for the Nittany Lions in 2021, with one clear reason being the void left by Grant Ament on the offense.

Much of Penn State’s offensive struggles this year can be attributed to the lack of a true facilitator.

However, it seems coach Jeff Tambroni may have found his guy: freshman attackman Mark Sickler.

“Not only do we feel optimistic about his future on the field, but also off the field,” Tambroni said in his weekly media availability. “He’s a tremendous asset and leader of our team already as a freshman.”

Even in limited minutes, Sickler’s role as a facilitator on the offense has complimented his attackman counterparts greatly, leading him to a Big Ten Freshman of the Week honor following his four-point performance against Maryland.

Because of his recent impact on and off the field, it is clear Sickler’s minutes will only increase — potentially providing a secret weapon against the Scarlet Knights.

While Sickler’s emergence is surely optimistic for the program, stopping a Rutgers team that is second in the conference in both goals for (101) and against (83) will be a challenge.

While Rutgers’ offense is loaded with talented snipers like Adam Charalambides and Connor Kirst, along with a facilitator of its own in Kieran Mullins, Sickler said Rutgers’ defense could pose a huge threat to the Nittany Lions on Saturday.

One major point of emphasis for the Nittany Lions will be finding a way to reach the back of the net against Colin Kirst, who’s been far and away the best goalie in the Big Ten in 2021.

Kirst is currently leading the conference in saves, and by no small margin — leading second-place holders John Kiracofe and Logan McNaney by 15 saves.

With scoring already a major problem for Penn State this season, it will be worth monitoring if the blue and white can find its way to double-digit scoring for the fourth-straight game.

While Tambroni’s squad has lost three of its last four games, a revamped offense that may have found its point guard in Sickler could prove to be enough to lead the Nittany Lions over Rutgers, a team that nearly lost to Ohio State this past Saturday at home.

“They have a really aggressive defense,” Sickler said. “We’ll just have to play together as a unit, trust each other and have the confidence to just make the right and simple plays.”

All season, Penn State veteran Mac O’Keefe has been chasing down a certain player that holds…

5 things to watch for in Penn State sports this weekend