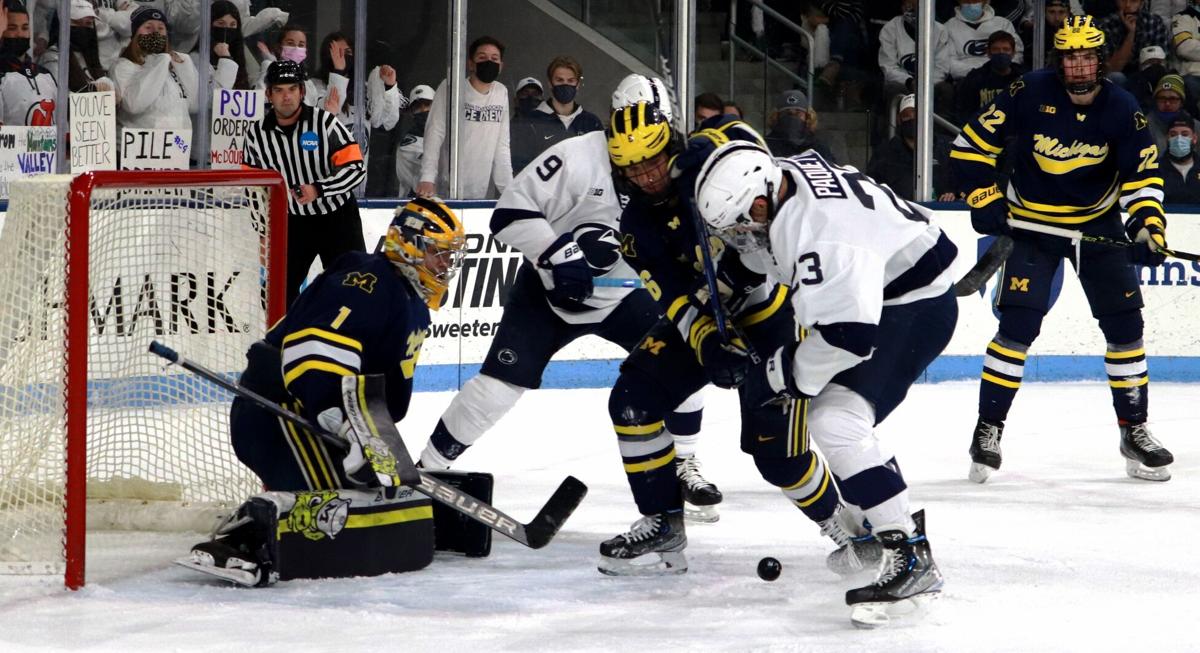 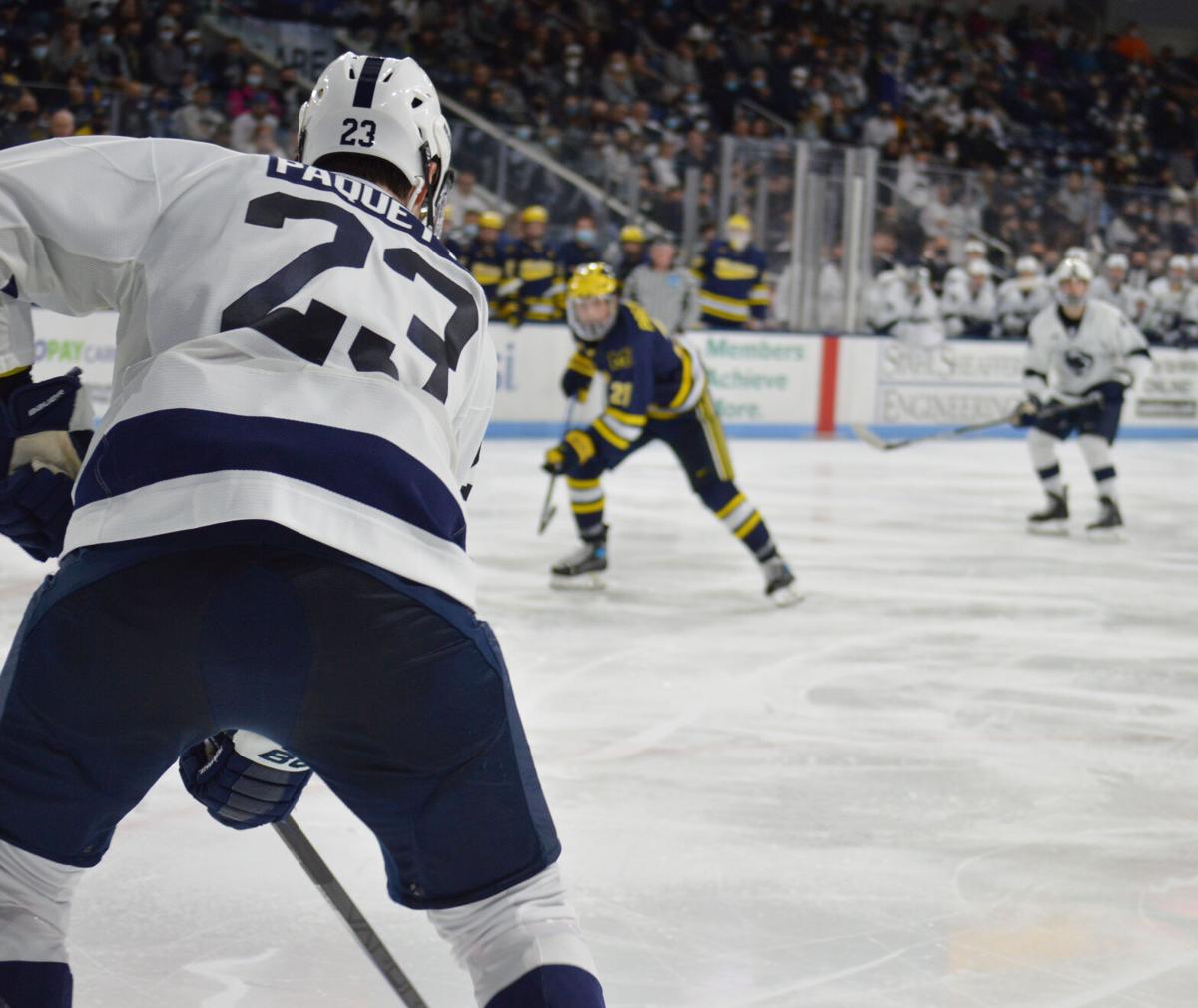 Foward Tyler Paquette (23) during Penn State mens hockey game against Michigan at the Pegula Ice Center on Thursday, Nov. 11, 2021 in University Park, Pa. The Nittany Lions lost to the Wolverines 5-1

Penn State was unable to get over the hump after falling to an early second-period deficit Friday night.

The blue and white lost to Notre Dame 4-2 in its first game back in Pegula Ice Arena in over a month.

After a scoreless first period, Notre Dame quickly got on the board, tallying two goals in the first four minutes of the second period.

The Nittany Lions would respond quickly with fifth-year defenseman Adam Pilewicz sniping the deficit in half.

The Irish scored the game-winning goal with just under seven minutes to go, thanks to senior forward Graham Slaggert.

The Irish added an empty-net dagger with under two minutes left in regulation to seal the 4-2 win.

Here are three takeaways from the blue and white’s home loss to Notre Dame.

While both teams came up short on the scoring front through the first twenty minutes, the second twenty was a completely different story.

Both Penn State and Notre Dame scored two goals in the second frame, with the blue and white fighting back after going down two goals early.

Pilewicz’s team-opening goal for the blue and white marked his third straight game with a point.

The two squads combined for a total of 29 shots on goal in the second, with the Nittany Lions putting up 19 of those chances.

Friday’s second period was a great indicator as to why both teams rank top 20 in the nation in scoring offense on the season.

For the first time in over a month, the Nittany Lions played a game on home ice.

The blue and white’s last appearance in Pegula Ice Arena came on December 4, 2021, a game it dropped by one goal to Michigan State.

Penn State’s time away was extended by a week after its games with Maine, scheduled for Dec. 31 and Jan. 1, were canceled due to positive coronavirus tests in the Black Bear program.

The Nittany Lions would, instead, play the Army Black Knights on the road on Jan. 1, a 5-3 victory.

The Irish will play one more game in Happy Valley after capturing the series-opening victory.

Penn State’s netminder came up with several highlight-reel saves, despite gathering the loss.

Autio’s potential biggest save of the night came in the first period, where he made two big saves to help shut down a two-on-one breakaway for Notre Dame.

Autio finished the first period with a total of 14 saves and no goals given up, but the senior would go on to give up four tallies on 19 shots through the final two periods.

The 6-foot senior gathered 30 saves in total but fell to 9-7 on the campaign after Penn State’s defeat.

With the coronavirus still running rampant through the country, and the world, the sports wo…