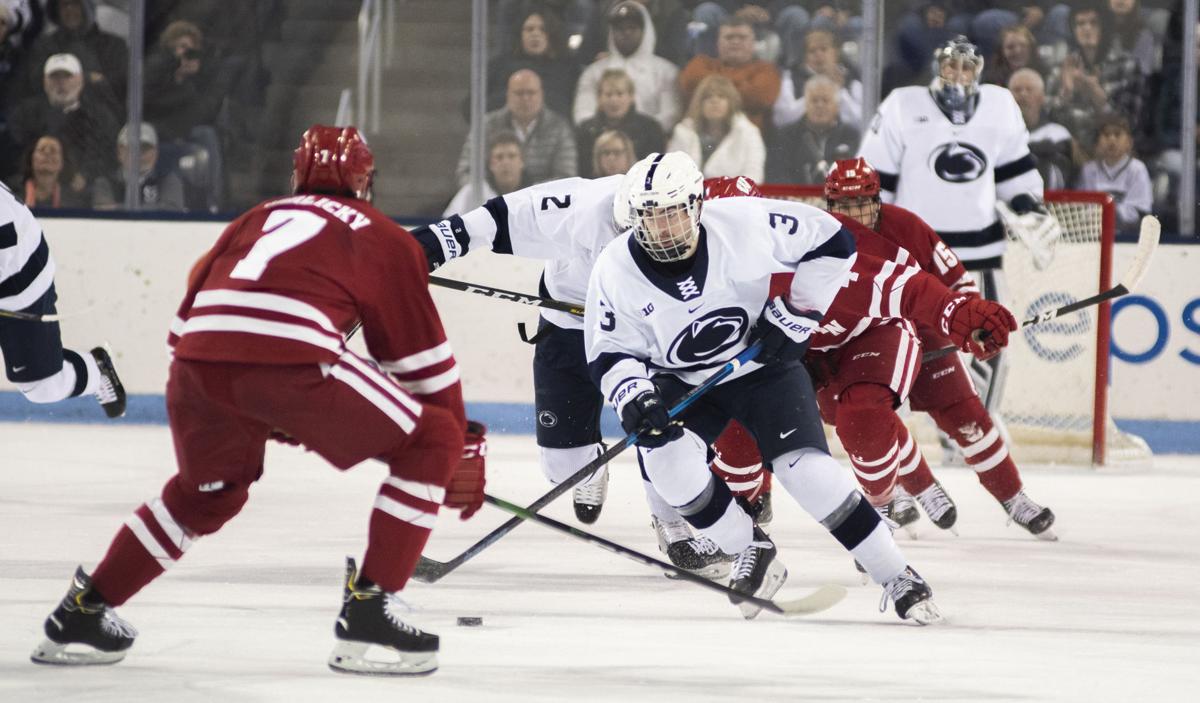 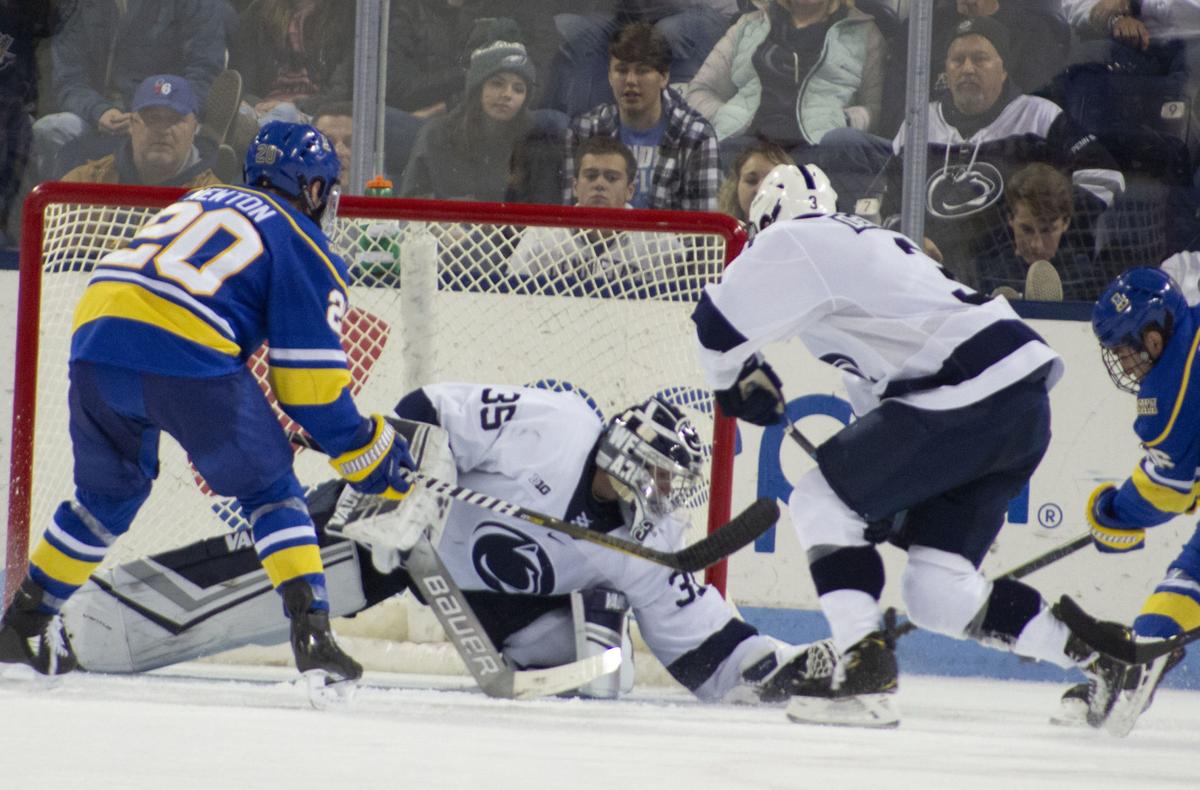 Goaltender Oskar Autio (35) and defender Paul Denaples (3) work together to make a save during the men’s hockey game against Alaska-Fairbanks at the Pegula Ice Arena on Friday, Oct. 18, 2019. The No. 9 Nittany Lions fell to the Nanooks, 4-0.

Penn State was tied 1-1 with Canisius heading into the third period and held a 29-19 lead in shots over the Golden Griffins.

Things changed drastically once the final twenty minutes rolled around with the visitors outscoring and outshooting the Nittany Lions.

Canisius scored three goals and shut out the blue and white in the final period, while out shooting it 12-11.

The third period of Friday’s game marked the first time Penn State had less shots than an opponent in any period in the 2021-22 campaign.

Despite putting up 40 total shots, the Nittany Lions were only able to score one goal, while the Golden Eagles were able to put up three goals on just 12 shots in the third.

Senior goaltender Oskar Autio gave up two goals in the third period, the third came on an empty-netter, and three in total while saving 27 shots on the night.

Guy Gadowsky was not willing to place any blame on his netminder and said he thought Autio performed well.

“I think he was very good,” Gadowsky said. “I thought Oscar played great. I can't blame him at all for this.”

Gadowsky noted later that a team’s goalie is one of its most important penalty killers, and he thought Autio played really well with Canisius on the power play.

Coach Gadowsky placed the blame for his team falling apart in the third, instead, on the nature of its play.

The 10th-year coach said he’s dealt with teams that have faced this problem before, and he doesn’t expect this to be the last time this team deals with it.

Gadowsky said he hopes the loss serves as a “good lesson” and this team continues to learn from it.

Friday’s third period marked the first time that Penn State was outscored in a period and the only period in which its opponent scored and the blue and white didn’t this season.

Senior captain Paul DeNaples was unhappy with the game as a whole and didn’t pinpoint anything in the third period as the reason for the team’s demise.

“It was the whole game, not just the third period,” DeNaples said. “We just didn’t come ready to play tonight.”

While it was obvious the Nittany Lions left opportunities on the table through the first two periods, the stat sheet shows a distinct drop off in production for the blue and white in the third.

One positive drop off in the third, though, came in the penalty column.

The Nittany Lions only spent two minutes in the box in the third period in comparison to the six they spent in the second period alone.

DeNaples said in order to play better and walk away with a victory in its next game, his team will need to come with a different mindset tomorrow.

“We're going to reiterate it as a leadership group and as a staff,” DeNaples said. “But it's on each individual guy to come tomorrow prepared.”

Each period told a different story for Penn State in its third game of the season on Friday.