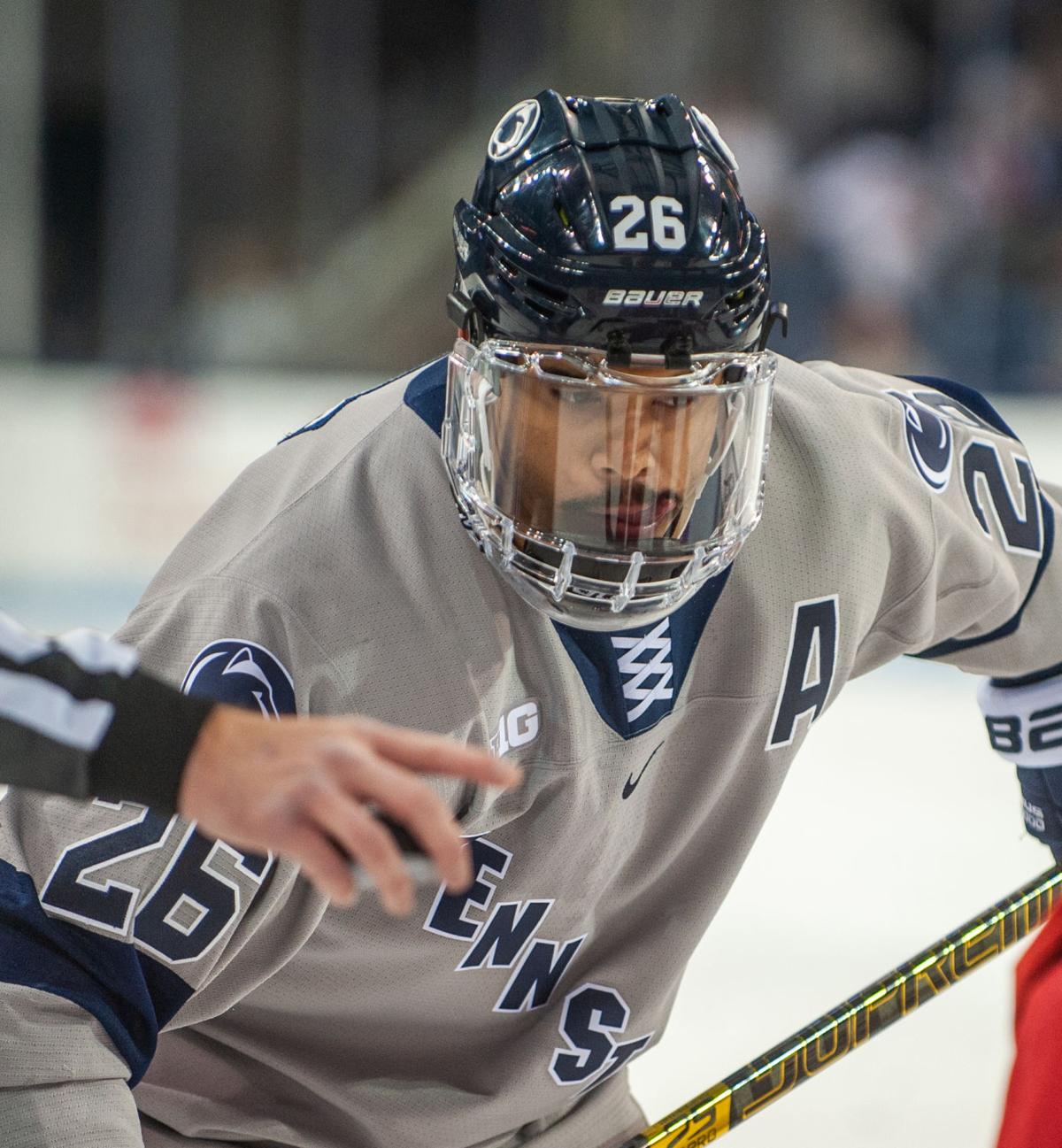 Penn State forward Liam Folkes (26) stands in for a faceoff during the men’s hockey game against Ohio State at Pegula Ice Arena on Friday, Nov. 22, 2019. The no. 6 Nittany Lions defeated the no. 11 Buckeyes 5-4. 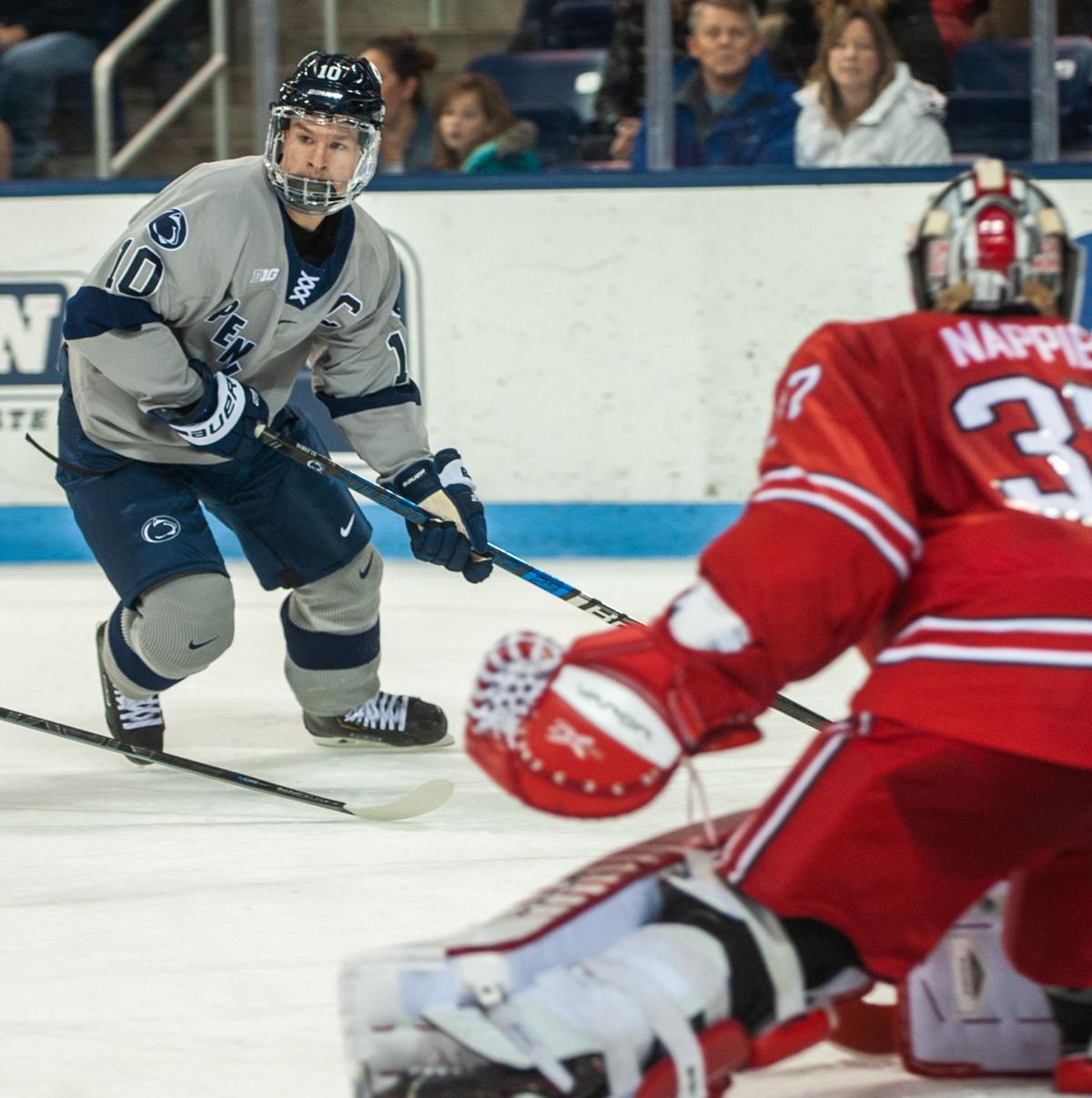 Penn State left wing Brandon Biro (10) skates with the puck during the men’s hockey game against Ohio State at Pegula Ice Arena on Friday, Nov. 22, 2019. The no. 6 Nittany Lions defeated the no. 11 Buckeyes 5-4.

Penn State’s weekend split proved there is still work to be done, but the No. 6 Nittany Lions are in good shape through 15 games.

After dominating Merrimack 7-0 Friday night, Penn State dropped a close game against No. 16 UMass Lowell after Nate Sucese tied the game with 23 seconds remaining in the third period.

Guy Gadowsky felt like there was a lot to learn from the loss, especially when it comes to the offense.

“This doesn't happen all the time, especially when you play well on both sides,” Gadowsky said, “but we just got great information from our loss and really well-defined things that we're going to work on this week.”

He cited offensive zone play and neutral zone transitions as points of emphasis that could be improved upon.

The Nittany Lions played excellently in front of goalie Oskar Autio, a stark contrast from the 4-0 loss to Alaska Fairbanks in his first start of the season.

While he wasn’t tested often, Autio looked poised in net and stopped all 16 shots the Warriors threw at him. The team, especially the defense, contained Merrimack’s offense, limiting quality shots and opportunities throughout the game.

“I think the team really wanted to play well in front of him because of how we played as a group in front of them last time starter,” Gadowsky said.

Gadowsky also mentioned that because he is “not much of a goalie guy,” he tries to leave the goalie knowledge to the other coaches.

To him, goalies are trained by goalie coaches up until the time they attend Penn State, so the mentality is to let the goalies do what they’ve been working on their whole life.

“I think it's important that you give that you have guys that are very motivated to train them and to give them the training they need but not necessarily to coach them differently,” Gadowsky said.

After starting the season with a nine-game homestand, Penn State found itself on the road for just the second time this year. The team seems to enjoy the road trips and use them as bonding experiences, going out for meals and hanging around the hotel.

“It’s nice to step away from campus for a couple days, go lay on a hotel bed for a couple hours,” Evan Barratt said. “We’re excited to get back on the road but also there’s nothing like playing at home.”

Penn State is 3-1 on the road and outscoring its opponents 23-8, including scoring six or more goals in three of the four games.

The team will head to Michigan for the third away weekend of the year, and will look to capitalize on a struggling Wolverine team.