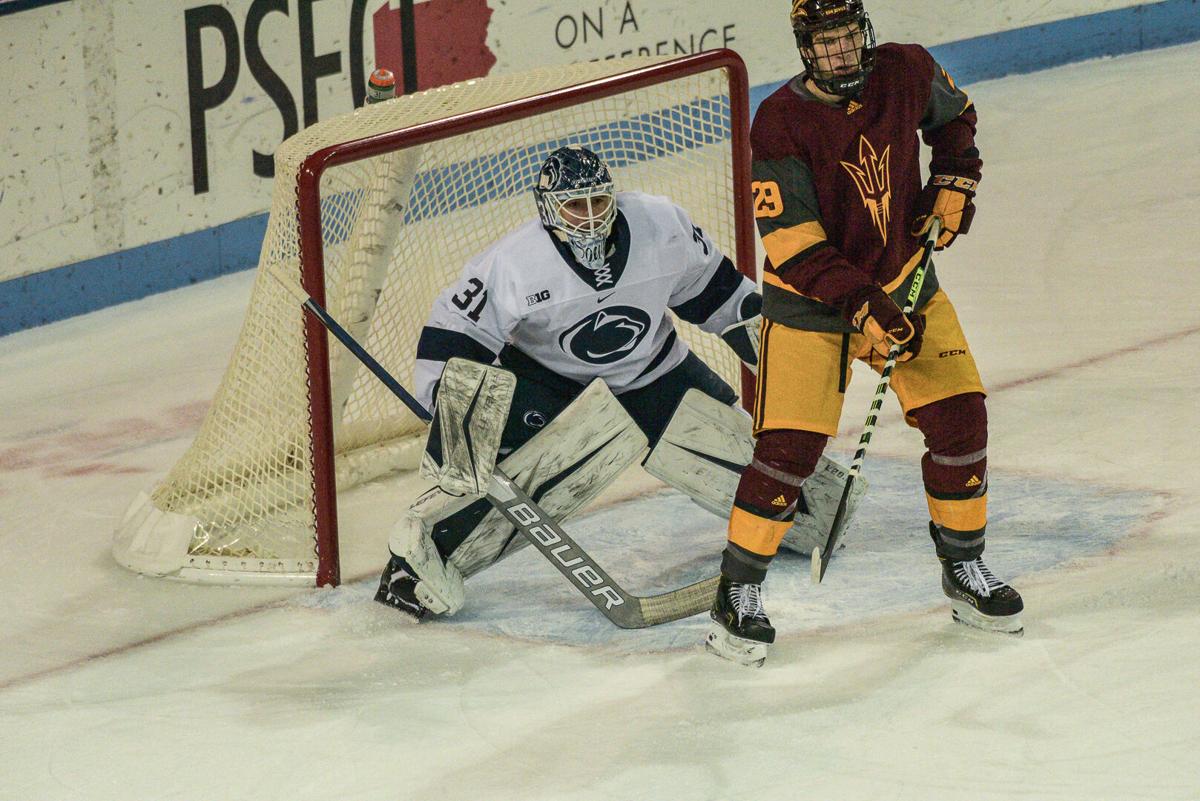 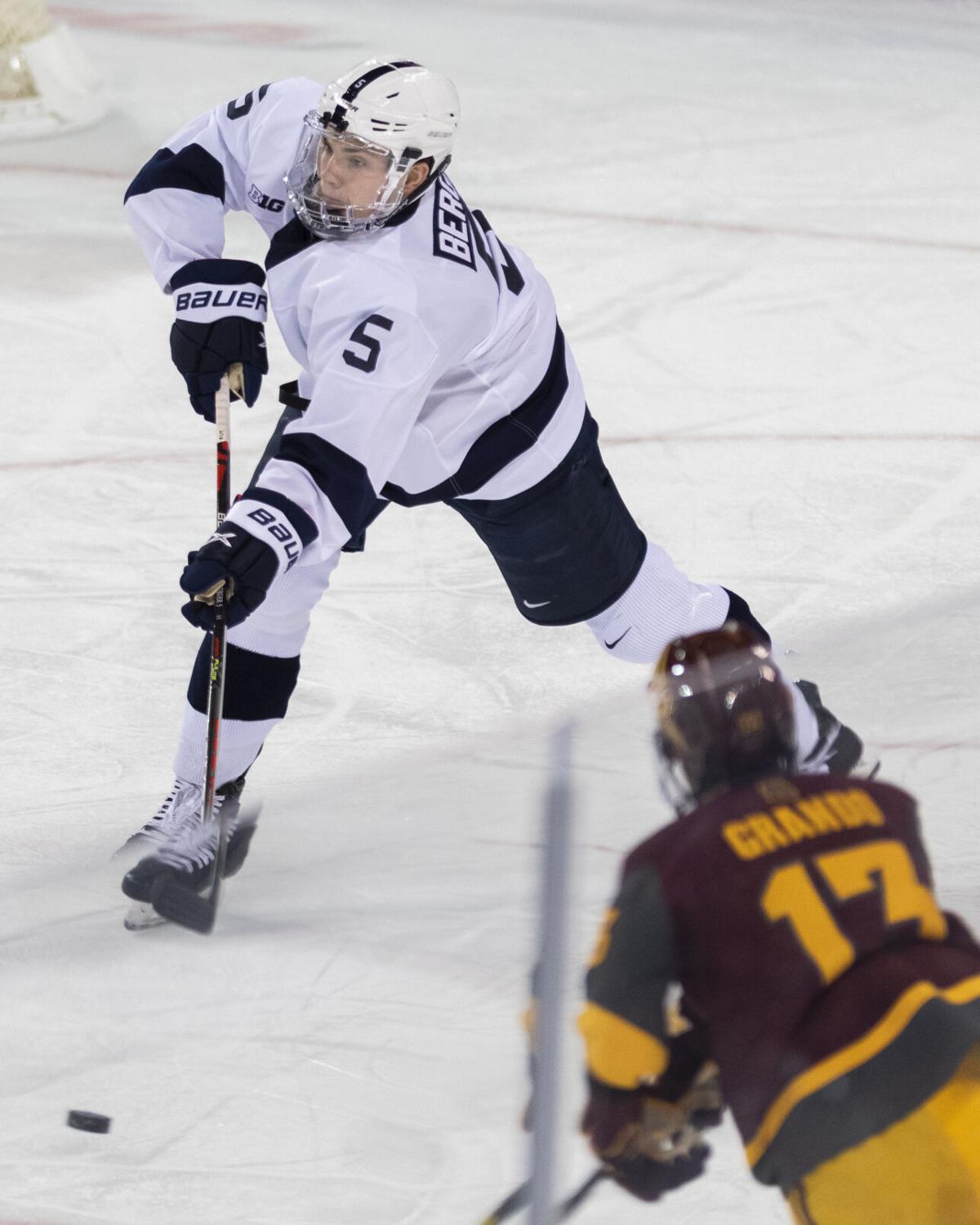 Entering its first bye week of the 2021-22 schedule at 3-1, Penn State has officially closed out its first full week of play in the new season.

Over its opening four games, the blue and white saw a series sweep against Long Island and a split against a scrappy Canisius squad.

Though every game didn’t play out perfectly for Guy Gadowsky and company, there are plenty of positives to take away from Penn State’s early performances on the season.

In the first two series for the Nittany Lions, chemistry and communication were left to be desired at certain points — especially in their 4-1 loss in the series opener with Canisius.

However, despite all the moments of shoddy play for the unit, there were stretches of fantastic individual performances that propelled the blue and white to victory for a solid start to the year.

Twenty-two players suited up for Penn State throughout the week, yet few had a greater impact on the ice than these Nittany Lions through the first week of play.

Of the 14 pucks the blue and white have put in the back of the net through four games, five of them can be accredited to the efforts of an unlikely hero.

Freshman forward Danny Dzhaniyev has been a breath of fresh air for this Penn State team.

After falling flat in a 2020-21 season that was riddled with obstacles, specifically coronavirus restrictions, the future of the program was left in uncertainty.

However, the freshmen have been a huge success so far for Gadowsky, with Dzhaniyev leading the team on the stat sheet in the early stage of the season.

Dzhaniyev has impressed with two goals, which is tied for the team best, while also leading the squad with three assists, all on only 13 shots.

If Gadowsky can continue to develop the underclassman, Dzhaniyev should be a success story throughout his time in State College.

One of the unsung performances during the Nittany Lions’ season-opening stretch was from a player that has proven to be valuable across the entire rink, not just on offense.

Sophomore defenseman Christian Berger has been vital for the Nittany Lions’ three-win start without fifth-year senior defenseman Clayton Phillips, who went down in Penn State’s second game, eating up shots from opposing teams.

Though Berger may not be a direct replacement for Phillips, the entire defense has needed to step up in the senior’s absence.

Berger did just that — leading the blue and white with 10 blocked shots, four of which came in the 5-2 win against Canisius on Saturday.

While the St. Louis native has gotten off to an impressive start to his season defensively, he has been more than serviceable on the attacking end, boasting a goal and two assists.

Even with Phillips likely to return in the near future, it’s hard to imagine Gadowsky reducing Berger’s role, as the sophomore has answered the call wonderfully through four games.

Though this list may be based on an entire week of play, it should be noted that making a huge impact in one game is more valuable than a mediocre display through three games.

While senior goalie Oskar Autio looked primed to be the starter for the bulk of the 2021-22 season, he suffered from some early shortcomings in his first three starts.

On Saturday, however, Gadowsky chose to start sophomore goalie Liam Souliere between the pipes over his senior netminder before the Nittany Lions’ rematch against Canisius.

Just the night before, Autio conceded four goals to the Golden Griffins, reinforcing the uncertainty surrounding his starting position due to his lackluster play dating back to last season.

Based on the performance of Liam Souliere thus far, Autio might have reason to worry over his spot in the starting six.

In his first start since last season, Souliere already garnered 36 saves, more than half as many as Autio did in three games, all on a 0.947 save percentage.

Though it was only one game, the most important thing for Gadowsky early in the season is to stack wins and improve his players.

With that said, Autio has continued to show a lack of progression while Souliere looks much more polished than in his freshman campaign.

Without Souliere in the net, it’s uncertain if Penn State would have split the series against Canisius, as the sophomore was unwavering in his first day of action in the 2021-22 season.

After a bye week, Penn State’s non-conference schedule will start up again shortly.

Nate Lather is a men's hockey reporter at The Daily Collegian. He is a sophomore majoring in journalism.