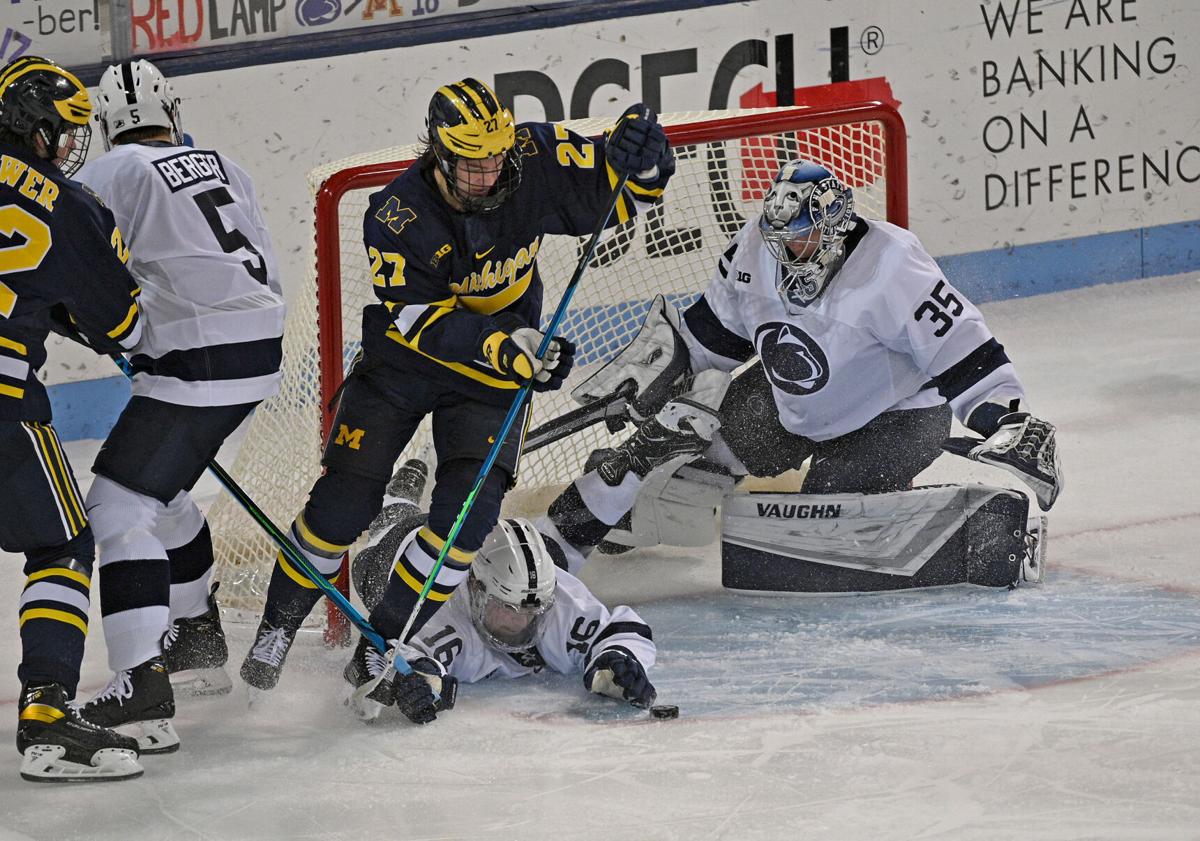 Penn State's men's hockey against Michigan in the second period on Dec. 2, 2020. The Nittany Lions fell to No. 7 Michigan, 3-1. Photo/Craig Houtz 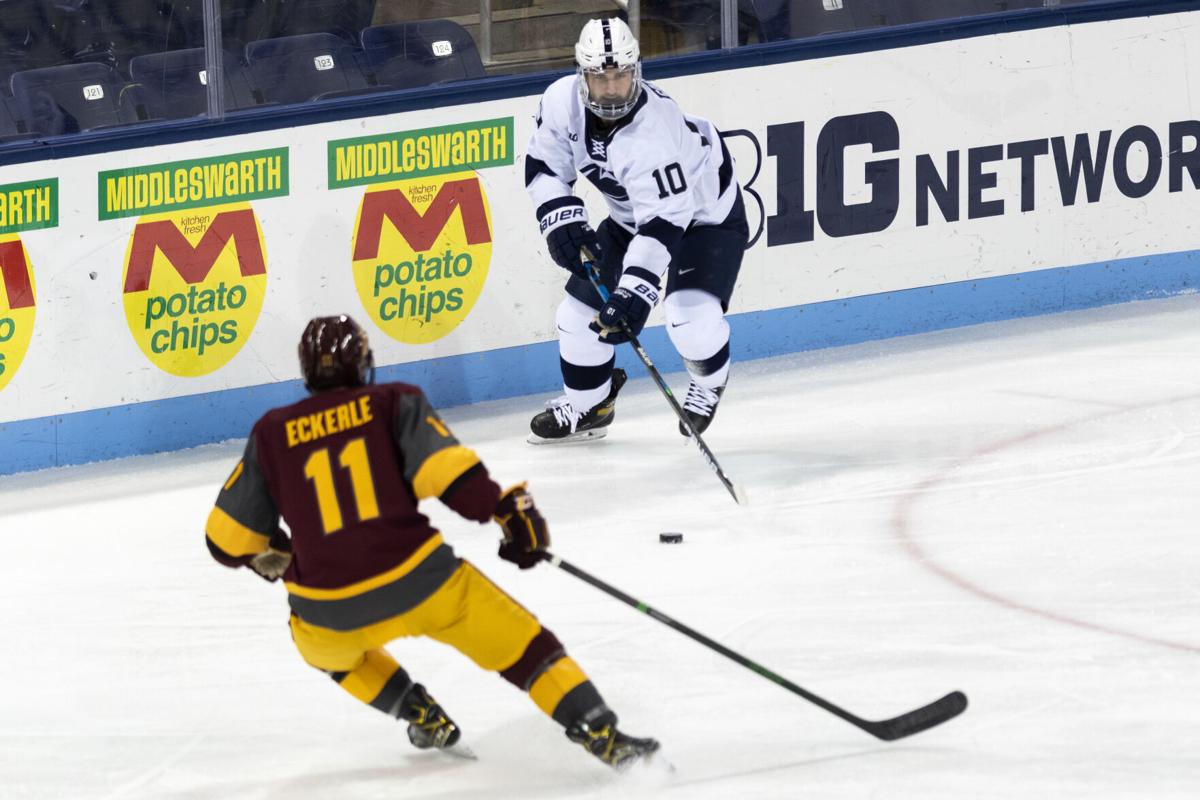 Penn State picked up a couple of wins in its first two-game series of the season, but there were areas that it can still improve on moving forward.

The Nittany Lions took nine penalties in two games for a total of 21 minutes, though they only allowed Long Island to score one goal across eight power plays.

Guy Gadowsky said he isn’t upset by the number of penalties his team took but rather he’s frustrated by the spot they took them in.

“The number is okay, but how they happen is not,” Gadowsky said. “There's some times where you will take five penalties in a night and feel that you did a really, really good job. And then there's others that you take three [penalties] and you feel that they're completely in your control, and you didn't have the discipline.”

Gadowsky said the second game against Long Island, where the team took six penalties for 12 minutes, fell “somewhere in the middle.”

Another area Penn State is still working on improving is its defense, and more specifically, playing team defense.

At least two of Long Island’s three goals came as a result of a breakdown in Penn State’s defense.

Gadowsky said that while his team still has areas to improve on offensively, it's the defense that has serious work to do.

“We're nowhere near where we should be offensively,” Gadowsky said. “In terms of urgency, right now, we do have to address a few things going back to the defensive zone.”

One player who recognizes he must improve in both areas is sophomore forward Christian Sarlo.

Sarlo only registered one distinctive statistic in the first game, going 0-1 in the faceoff circle. In the second contest, though, he had a much bigger impact.

The attackman put up two points and two penalties for the Nittany Lions in their 5-2 win over Long Island on Monday.

While Sarlo already surpassed his season total for penalties from last season, time in the box is no stranger to the New Yorker.

The rest of Sarlo’s penalty minutes throughout his junior career pale in comparison to these two seasons, begging the question if this will be another box-heavy year for Sarlo.

The sophomore recognizes what he has to do, though, to avoid ending up in the box, so he can continue to produce offensively for his team.

“In terms of the penalties, being more disciplined,” Sarlo said. “Like coach says, stick on the ice. Just working hard moving my feet and those penalties won’t really happen.”

Sarlo has always produced well for his teams offensively, and his freshman year with Penn State was no different.

The Nittany Lion was tied for sixth on the team with 11 points as a first-year, and his total of five goals was also good enough to place sixth.

At the junior level Sarlo was fairly consistent offensively, but ironically it seems like more time in the box seems to result in Sarlo scoring more points.

At the 15U level Sarlo scored a combined 96 points and for the Stars of the USHL, he tallied 44.

It's usually rare to find players who excel offensively when their penalty minutes are high, but Sarlo may just be one of those players.

While this correlation may be completely irrelevant and coincidental, it's hard to argue with numbers and precedent that suggests there is a correlation. The idea that aggressiveness offensively leads to aggressiveness defensively doesn’t seem all that far-fetched.

Sarlo’s offensive aggression will be important for Penn State going forward, and as long as he shys away from the “in-control” penalties that Gadowsky alluded to, so too will his defensive aggression.

“I gotta do as much as I can offensively while still playing a good defensive game,” Sarlo said. “Starting off in the D-zone and then transitioning into offense.”

After a successful season-opening sweep for Penn State, each game telling a different story …

Each period told a different story for Penn State in its third game of the season on Friday.

As Penn State comes out of its bye week, it will be tasked with facing an Illinois team that is still looking for its identity in 2021.