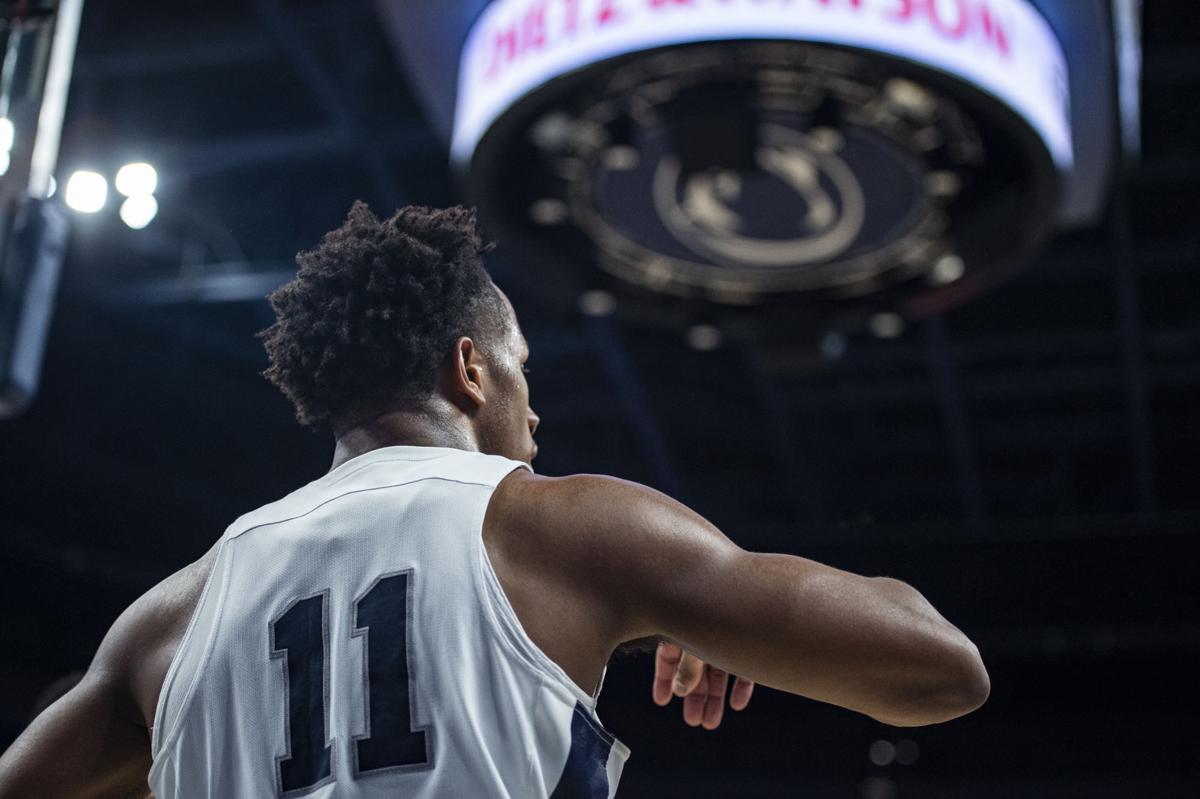 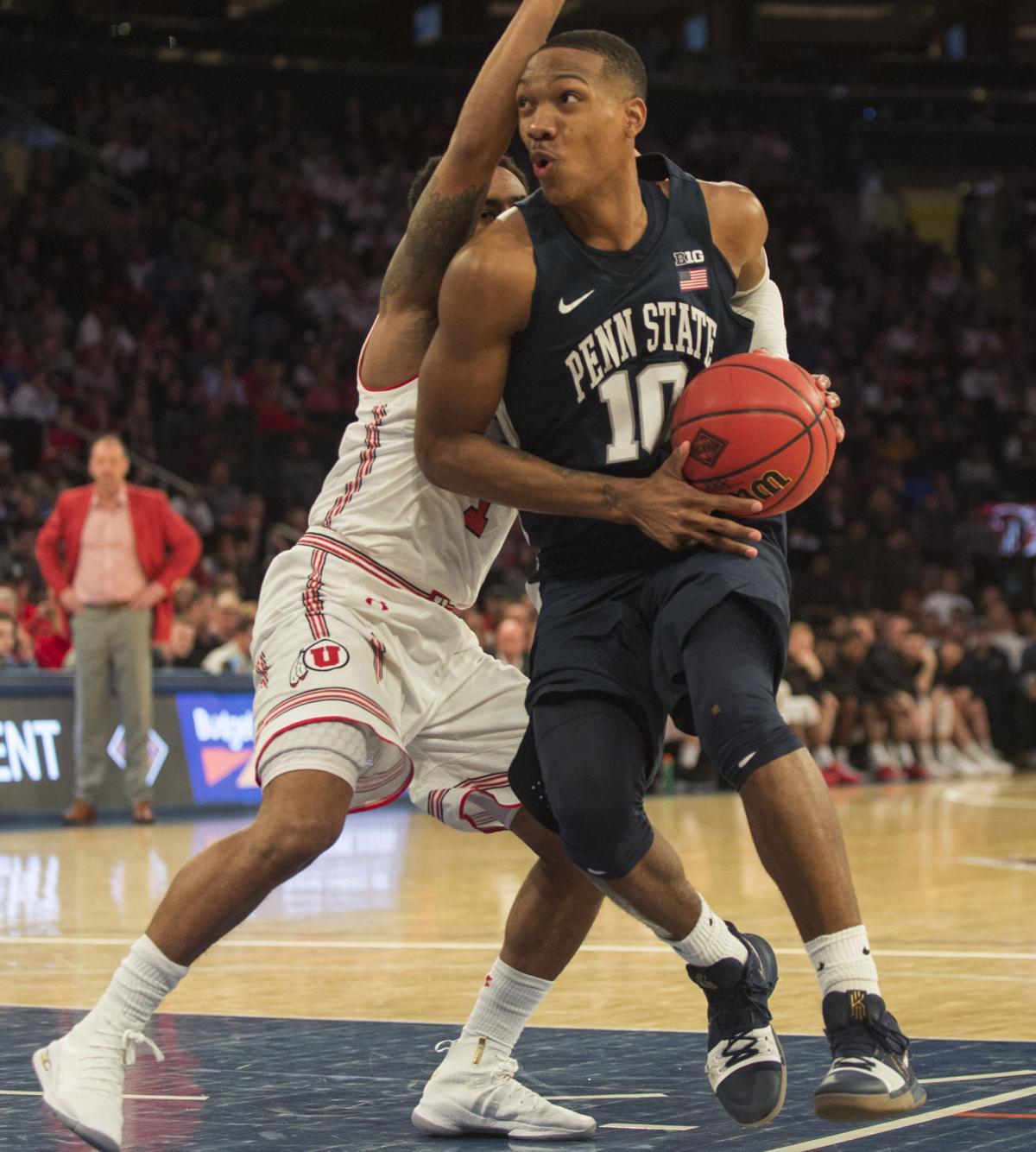 The Olympics are rapidly approaching, and the U.S. men’s basketball team has taken on plenty of opponents to get ready for the Games.

While the Penn State men’s basketball program may not be poised to put many players on an Olympic roster, it’s fun to dream.

After compiling a list of the greatest starting five to ever play in Happy Valley, the group could have a chance to vie for a medal.

Here’s a look at the All-Penn State team that could make a run at an idealized Olympic Games.

Tim Frazier is one of the best guards to wear the blue and white.

While at Penn State, Frazier cemented himself into the Nittany Lion record books posting 1,543 points in five years.

During his junior year, he earned All-Big Ten honors and was the first Penn State player to be selected to the Big Ten All-Defensive team.

His honors came after being a defensive monster, leading the Big Ten assists by a large margin and placing first in steals with 2.4 per game.

Frazier led the Big Ten in steals in his redshirt senior year with 1.6 per game, resulting in a All-Big Ten third team selection.

Frazier has bounced around the NBA, most recently joining the Memphis Grizzlies during the 2020-21 season.

Frazier's defensive abilities make him a turnover machine, and his all-time ranks at Penn State make him a lock for the team.

The All-Penn State team needs a productive scorer to add to its roster, and no former Nittany Lion filled up the stat sheet like Talor Battle did.

Battle is the Nittany Lions’ all-time leading scorer with 2,213 points in his four years.

In his final season at Penn State, Battle had one of his best seasons, averaging 20.2 points per game, good for second in the Big Ten. He was just 11 total points behind Purdue’s JaJuan Johnson, who led the conference with 698.

Battle’s scoring was mostly due to his 3-point shot, which he splashed 106 of in his senior season.

Tony Carr was not in a blue-and-white uniform for long, but his impact was still apparent.

Carr became the only Nittany Lion to surpass the 1,000 point milestone as a sophomore, finishing his career with a total of 1,161 points.

Though he was young, Carr reeled in awards, becoming the first Penn State sophomore to make the All-Big Ten Tournament team after Penn State lost in the semifinals.

In Carr’s second season, he led the Big Ten in points with 725 the same number of points and grabbed a first team All-Big Ten selection. His first-year performance also resulted in a Big Ten All-Freshman Team selection.

Despite only staying for two seasons before declaring for the draft and eventually playing overseas, Carr is one of the most prolific scorers in Nittany Lion history.

Penn State’s youngest NBA star has the experience of playing against the highest level of competition.

Lamar Stevens finished off his first season in the NBA taking the court in 40 games and averaging 4.1 points per game.

However, Stevens’ young NBA career pales in comparison to the numbers he put up in Happy Valley.

He finished his career scoring the second-most points in Nittany Lion history with 2,207, and he likely would have surpassed Battle’s all-time mark if the 2019-20 season was not cut short.

Stevens was the biggest name on that year’s Penn State roster, which likely would’ve made the NCAA Tournament and ended a nine-year drought.

At the forward position, there is not a better player to have in the paint than Stevens.

Going up against the highest level of competition means the Penn State team is going to need some size.

John Amaechi has the size the Nittany Lions need, coming in at 6-foot-10, making him one of the tallest players to don the blue and white.

Aside from his size, Amaechi is a double-double factory, amassing 38 in his Penn State career.

In the 1994-95 season, Amaechi led all of the Big Ten in rebounds with 316, earning himself an All-Big Ten first team honor.

Not only did the big man get boards, but he also was a defensive wall. He led the Big Ten in blocks with 68 in the same season.

Amaechi was a brick wall on defense, and his prowess on the glass made him a perfect big man for the team.

A team would not be complete without a head coach.

Luckily for Penn State, Bob Weiss is one of the best former Nittany Lions to hold up a clipboard at the professional level.

Weiss has been coaching all over the NBA and most recently as an assistant for the Denver Nuggets from 2017-2019.

Other than the Nuggets, Weiss has been the head coach for four NBA teams, including the San Antonio Spurs, the Atlanta Hawks, the Los Angeles Clippers and the Seattle SuperSonics. He compiled a record of 223-299 and made the playoffs three times.

Weiss also had a prolific playing career in the ‘60s at Penn State, and while his NBA coaching marks aren’t anything to write home about, he has plenty of experience to lead the All-Penn State team to the Olympics.