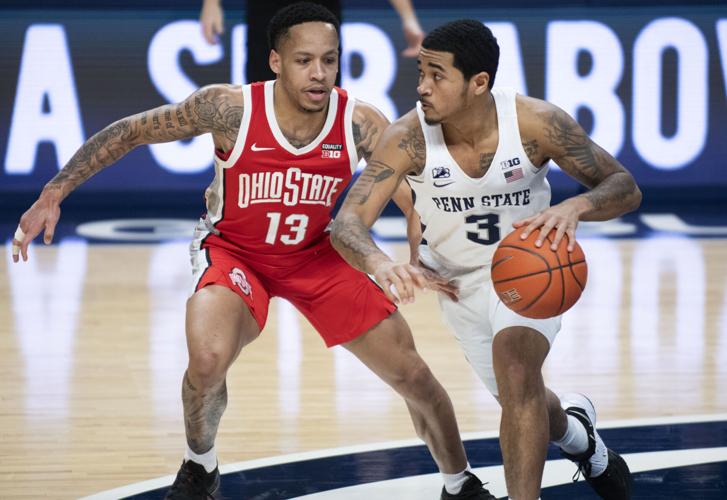 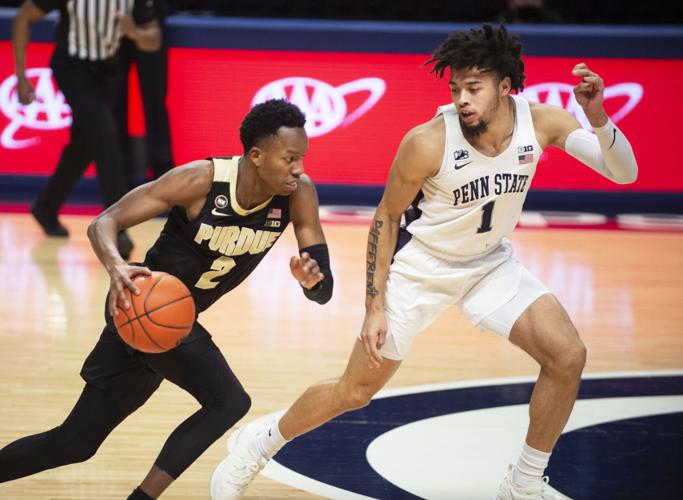 Penn State’s season is so close fans can almost smell it.

The Nittany Lions have one of the most anticipated seasons tipping off with a new coach and new faces to fill the roster.

The blue and white’s schedule is also jam-packed with several impactful games with interesting storylines.

Penn State will play a full conference schedule, and it has some big out-of-conference opponents that will test its strength with some of the best competition in the nation.

With the first contest looming, here are the games with the biggest storylines for the upcoming season.

Finally, this new look Penn State team takes the court for the first time of the season.

The Nittany Lions are squaring off against Youngstown State in their first home game with the backing of their first sold-out student section in recent history.

The Penguins finished a little above average in the Horizon League, falling short of a winning conference season at 9-11 last year.

However, Youngstown State has some young shooters Penn State should keep an eye on when it comes to running out on the court.

Bohannon left Youngstown State behind, but Covington will return to bring some veteran leadership to the flurry of youngsters on the roster.

In the 2020-21 campaign, the Penguins had a standout freshman guard in Shemar Rathan-Mayes, who was third in points on the team at 10.4 points per contest.

Week 9 of the NFL season wasn’t kind to former Penn Staters’ teams. However, some managed to…

Rathan-Mayes was a sniper from behind the arc leading the team in 3-pointers made with 28 and posted a 30.8 3-point percentage.

With Rathan-Mayes and Covington splashing 3-balls, Penn State will be met with a potential shootout in its first game of the season.

There’s no better way to introduce Shrewsberry to SEC competition at Penn State than with a date against LSU.

Coach Will Wade’s crew was not able to crack the preseason AP Top 25 but did receive votes placing it on the fence of the rankings.

Last season, LSU made the Big Dance, coming in as a No. 8 seed, but the Tigers’ season ended when they faced off against Michigan in the round of 32.

LSU also made a splash in the SEC Tournament, falling one point short of an SEC Championship in its 80-79 loss to Alabama.

The Tigers are bringing back some firepower with senior forward Darius Days returning for the 2021-22 season.

Days averaged 11.6 points per game and grabbed the most boards on the entire team.

Wade did some recruiting, bringing in Missouri guard transfer Xavier Pinson, who averaged 13.6 points per game and shot 38.6% from the floor.

Six-foot-8 freshman forward Alex Fudge was a 4-star recruit coming out of high school and should pose a tough matchup for Penn State’s big men like John Harrar and Seth Lundy.

For Shrewsberry’s first SEC matchup as a head coach, LSU is one of the toughest teams out of the south that he will face.

It will be the Nittany Lions’ first real test against one of the powerhouses in college basketball.

This will be Shrewsberry’s first Big Ten matchup, and it couldn’t have come with a bigger storyline.

The Big Ten rivalry between the Nittany Lions and the Buckeyes will be the first time Wheeler is returning to Happy Valley since leaving.

Other than Wheeler, the blue and white opens conference play with one of the top teams in the Big Ten.

In the preseason AP Poll, Ohio State was ranked No. 17, which was the fourth-highest ranked Big Ten team in the poll.

A season ago, the Buckeyes fell to Illinois in the conference championship game, 91-88, and then had a short run after the Big Ten Tournament, suffering an upset loss in the first round to 15th-seeed Oral Roberts.

Ohio State lost Duane Washington Jr. in the offseason to the NBA Draft but was able to retain standout junior forward E.J. Liddell.

Liddell was the Buckeyes’ second-highest leading scorer, averaging 16.2 points per game and nabbing the most boards per game on the team with 6.7 a night.

With Liddell leading the team, Ohio State is going to be a problem for Penn State’s Big Ten opener at home.

Shrewsberry faces off with his former team, Purdue, for the first time as the Penn State head coach.

Coming into the season, the Boilermakers are one of the top teams out of the Big Ten, falling at No. 7 in the AP Preseason Poll.

Last season, Pudue did not make too deep of a run in both the Big Ten Tournament or in the NCAA Tournament.

The Boilermakers were knocked out of the conference tournament by eventual-finalists Ohio State and then were upset in the first round of the Big Dance, losing to North Texas, who was a No. 13 seed while Purdue was a No. 4 seed.

Purdue will look to have a better season, since it’s returning its two leading scorers in senior forward Trevion Williams and sophomore guard Jaden Ivey.

Prior to the start of the season, Ivey and Williams were listed as players to watch out for to win the NABC Player of the Year, which is the award given to the top player in college basketball.

With a year under his belt, Ivey will look to improve on his freshman campaign where he struggled to shoot consistently from behind the arc, posting only a 25.8 percentage from deep.

The duo will lead one of the more dominant teams in the Big Ten, and Penn State could have a tough time stopping it, especially since Williams outsizes every Nittany Lion at 6-foot-10.

Penn State has to wait until later in the season to get a Big Ten Tournament rematch with Wisconsin.

The Nittany Lions fell to the Badgers in the second round of conference play last season 75-74.

Wisconsin did not make it much farther, though, as its third-round matchup ended in defeat at the hands of the Luka Garza led Iowa Hawkeyes, 62-57.

This year, Wisconsin will be led by sophomore forward Steven Crowl, who in his first season did not see the court too much, playing in only 12 games.

However, in the first scrimmage, Crowl scored 18 points using his 7-foot stature and looks to already be one of the dominant big men in the paint.

The team also returns senior guard Brad Davison, who averaged the third-most points per game with 10 and shot 38.9% from behind the 3-point line.

Wisconsin lost its two leading scorers, but in terms of the Big Ten, it shined on the defensive side of the ball, allowing the least amount of points in the conference with 64.6.

Last season, Penn State lacked a real scorer to combat the tough defense of the Badgers.

This year, it will bring in an arsenal of veterans.

One of the most complete all-around teams in the Big Ten, Michigan has improved in almost ev…

There may not be a more confident collegiate wrestler in the nation than Penn State’s Carter Starocci.

Penn State, a team that struggled through its 2020-21 conference slate, will have one of the youngest frontcourts in the Big Ten this upcoming…