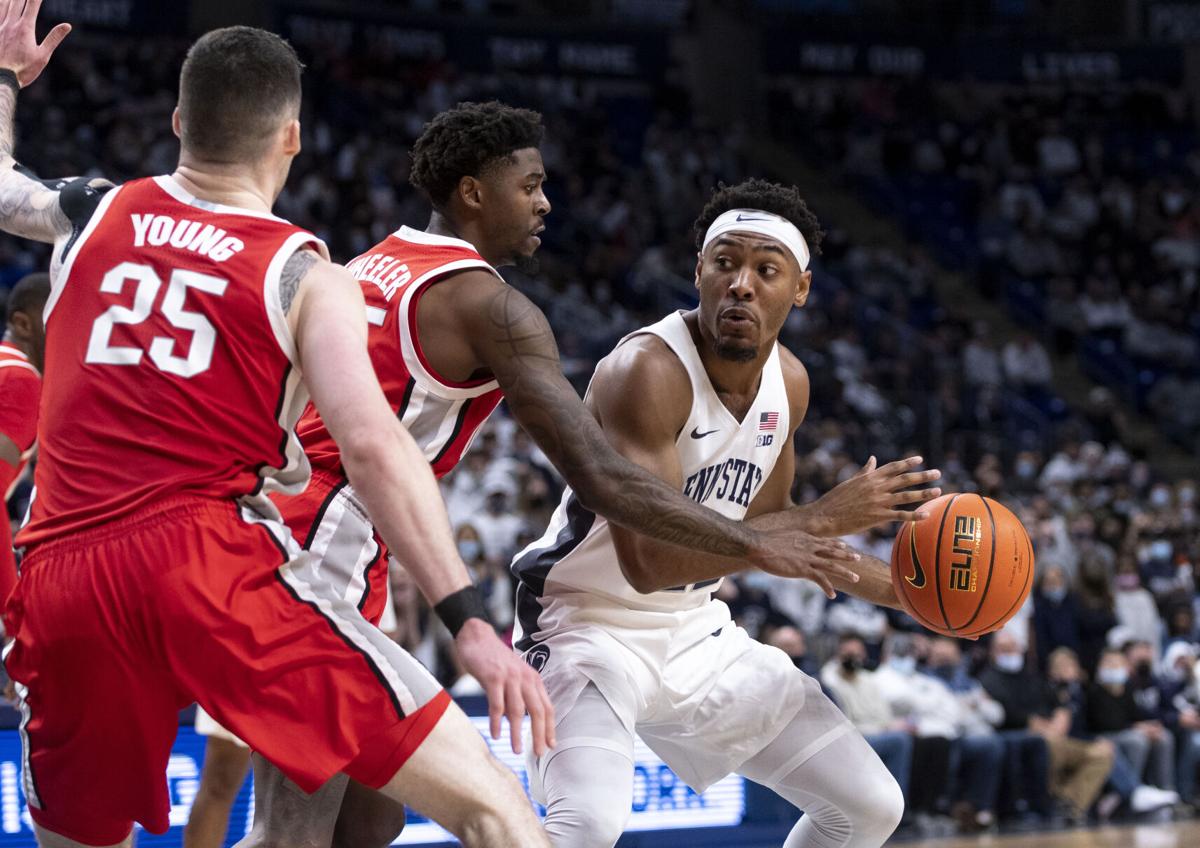 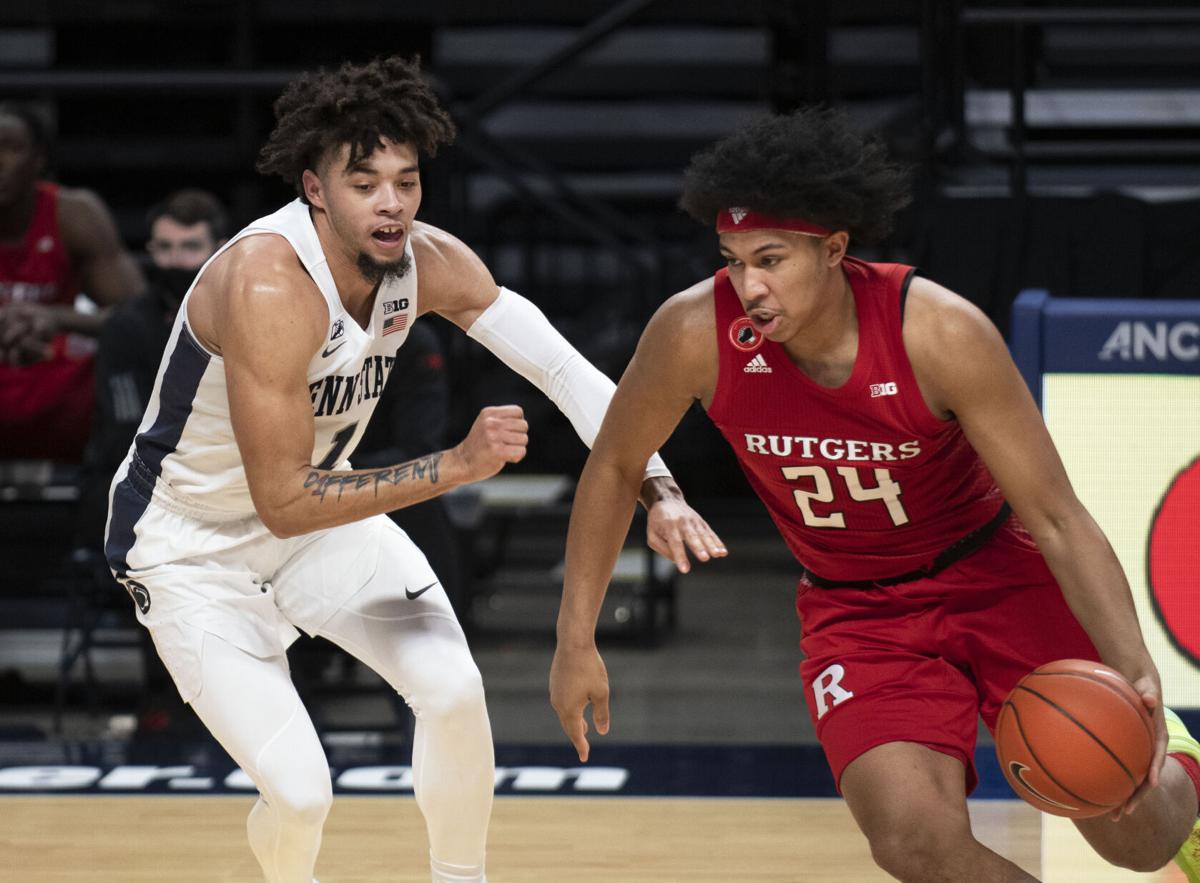 The turn of the new year has Penn State off to a hot start with two wins in its first three games of Big Ten play.

The Nittany Lions started off strong with back-to-back upset wins over Indiana and Northwestern; however, coach Micah Shrewsberry’s squad wasn’t able to come up with a win over No. 3 Purdue on Saturday.

Penn State can’t look back at what it could have done differently in the close loss to the Boilermakers, as a clash with Rutgers in Happy Valley and a rematch in Columbus against Ohio State linger in the week ahead.

The Scarlet Knights are one of the most unpredictable teams in the Big Ten with big-time wins but some surprising losses dotting its 2021-22 record.

The Buckeyes, on the other hand, are marching their way through the conference schedule, showcasing why they could be a contender for the Big Ten Championship come March.

As another Big Ten week goes down in the books for Penn State, another packed week awaits for the blue and white.

Rutgers has fared similarly to Penn State so far, as the Scarlet Knights come to State College with a 9-5 record.

The Scarlet Knights have nine wins, but one win stands out above all the rest — their buzzer-beater win over then-No. 1 Purdue.

The win was a big resume boost for Rutgers, as it took down the highest-ranked team in the conference, and now, the Scarlet Knights come into their matchup with Penn State on a four-game win streak.

Rutgers notched five losses on the season, with most of them coming at the start of the season where the Scarlet Knights had a three-game losing streak with losses to DePaul, Lafayette and UMass.

Unlike Penn State, Rutgers made it close against UMass, losing 85-83, whereas the Nittany Lions lost by a 25-point margin.

Harper Jr. is Rutgers’ leading scorer, averaging 16.3 points per game, sitting as the eighth highest in the Big Ten.

To aid Harper Jr., senior guard Geo Baker is one of Rutgers’ offensive weapons, doing most of his damage from mid-range, but he can knock down the 3-pointers, hitting 20 on the season.

All season, Penn State has had trouble out-sizing teams’ “big man,” and 6-foot-11 sophomore center Clifford Omoruyi is going to be another threat in the paint and on the glass, leading the Scarlet Knights in rebounds.

Overall, coach Steve Pikiell’s team is an average team sitting in the middle of the pack statistically, but with a 3-1 conference record, Rutgers sits near the top of the conference.

Ohio State has been one of the top teams in the Big Ten this season, and Penn State will take on the Buckeyes for the last time of this regular season on Sunday.

The Nittany Lions faced off against the Buckeyes for their first conference game of the season, and the blue and white couldn’t take them down — even with the backing of a home crowd in Happy Valley.

However, Penn State has started off hot in the new year with a 2-1 record, despite its most recent loss to a No. 3-ranked Purdue squad.

Ohio State notched a couple of big wins to its resume this season with a win over then-No. 1 Duke earlier, as well as a win over No. 22 Wisconsin.

Leading the way for Ohio State is junior forward E.J. Liddell, a frontrunner for player of the year in the conference.

Penn State held Liddell, the fifth-highest scoring player in the Big Ten, well under his average points per game; however, the difference-maker the last time the two teams met was graduate forward Kyle Long’s 3-pointers.

Ohio State is one of the best 3-point shooting teams in the Big Ten, ranking at No. 4 for the highest 3-point percentage in the conference with 38.7%.

The blue and white has struggled all season defending the 3-point line, which showed in its worst loss of the season against UMass.

The loss to Ohio State was another loss where Penn State was hurt from range, allowing 12 3-pointers in the contest and going 44.4% from beyond the arc.

Since the Nittany Lions’ matchup against the Buckeyes, Shrewsberry’s squad has improved defending the 3-ball, only allowing double-digits threes in one out of its past five games.

If Penn State can stop Liddell and Ohio State’s 3-point barrage, then the Nittany Lions may keep it close as they head to Columbus.

Penn State found out its start time for its regular-season rematch against Ohio State on Sunday.