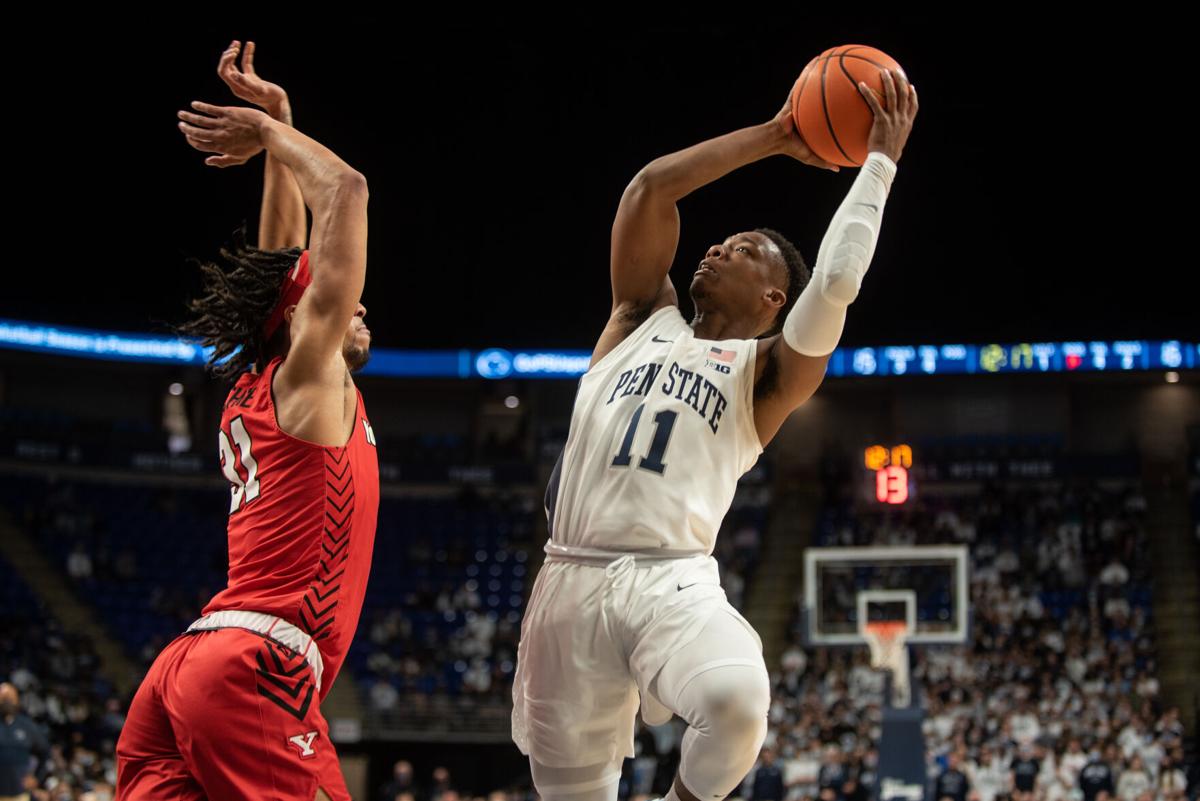 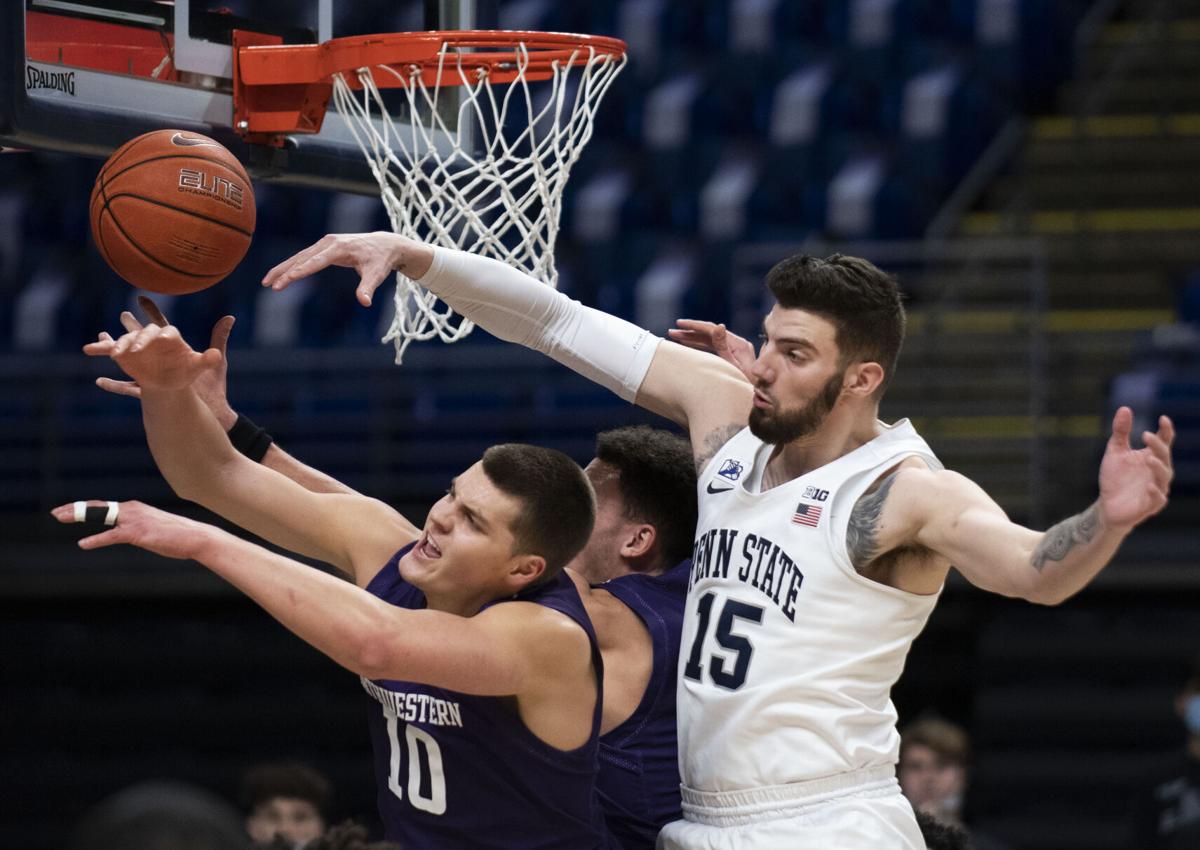 Forward Trent Buttrick (15) knocks a rebound away from Northwestern during the Penn State men’s basketball game against Northwestern on Saturday, Jan. 21, 2021 at the Bryce Jordan Center in University Park, Pa.

The Micah Shrewsberry era is officially underway at Penn State, and the Nittany Lions are off to a solid start.

The blue and white opened its season with a dominant win over Youngstown State 75-59 Wednesday.

However, the Nittany Lions’ competition gets harder and harder after every matchup leading up to the toughest part of its schedule in the Big Ten.

The blue and white’s next contest of the season is against UMass in Amherst, and then it returns to Happy Valley to take on St. Francis Brooklyn.

The clash with St. Francis Brooklyn starts off Penn State’s stint of games in the Emerald Coast Classic where the Nittany Lions are set to play Cornell and LSU as well.

Here’s how Penn State stacks up against this week’s slate of competition.

Penn State’s season is filled with some instant storylines due to the flurry of players who departed from the Nittany Lions in the offseason.

The blue and white’s matchup against the Minutemen is no different because Penn State faces off with graduate forward Trent Buttrick.

Buttrick left the Nittany Lions in the offseason and decided to join coach Matt McCall and UMass.

In his time at Penn State, Buttrick averaged three points per game in his final season and mainly played as the relief player to now-fifth-year senior forward John Harrar.

On his new team, Buttrick made his Minutemen debut against former Penn State interim head coach Jim Ferry and jointly led the team in scoring with 16 points.

However, in a loss to Yale he saw 17 minutes of action scoring 11 points, with three of those points coming from beyond the arc.

Buttrick went from not seeing action on the court at Penn State to being UMass’ leading scorer.

Other than Buttrick, the Minutemen have another weapon the Nittany Lions will have to keep their eye on — junior guard Noah Fernandes.

Fernandes is UMass’ playmaker averaging the most minutes on the team and is the Minutemen’s second-highest leading scorer with 12.5 points per game.

Fernandes takes a lot of shots, and based on the Nittany Lions’ previous win against the Penguins, the blue and white should have no problem racking up his missed shots.

Penn State’s first game of the Emerald Coast Classic is a way to ease itself as it takes on 0-2 St. Francis Brooklyn.

The Terriers faced a tough Big Ten opener against Wisconsin where they were blown out on the road, 81-58.

St. Francis Brooklyn then suffered another defeat against a team a little more its speed in St. Thomas, but the defense could not hold up, allowing 91 points.

The Terriers do have a sniper in junior guard Trey Quartlebaum who has the most 3-pointers on the season for the Terriers with five, making half his shots from behind the arc.

He’s not limited just from range, in just two games he has 24 points and shoots 60% from the floor.

Even though he’s locked in on the hoop, he’s not the offensive powerhouse on the roster.

Graduate guard Michael ​​Cubbage leads the offense in scoring through the first two games with 15 points per game.

The guards are St. Francis Brooklyn’s specialty, unlike Penn State, who is more dominant from its forward play in the forms of Harrar and junior forward Seth Lundy.

In the offseason, though, the Nittany Lions beefed up the guard position by adding senior guard Jalen Pickett.

From the blue and white’s last game, senior guard Sam Sessoms emerged as Penn State’s lethal guard and one of the focal points in the Nittany Lions’ offense.

The guard competition between the two teams will be interesting — especially since it will test Penn State’s guards and prepare them for the remainder of the season.

Penn State beat Indiana in a shutout at Jeffrey Field today, but it could not have been done…

Penn State has one of the most prominent and extensive athletic programs in the entire country.

The opening half of Penn State’s first away game of the 2021-22 season showed promise.