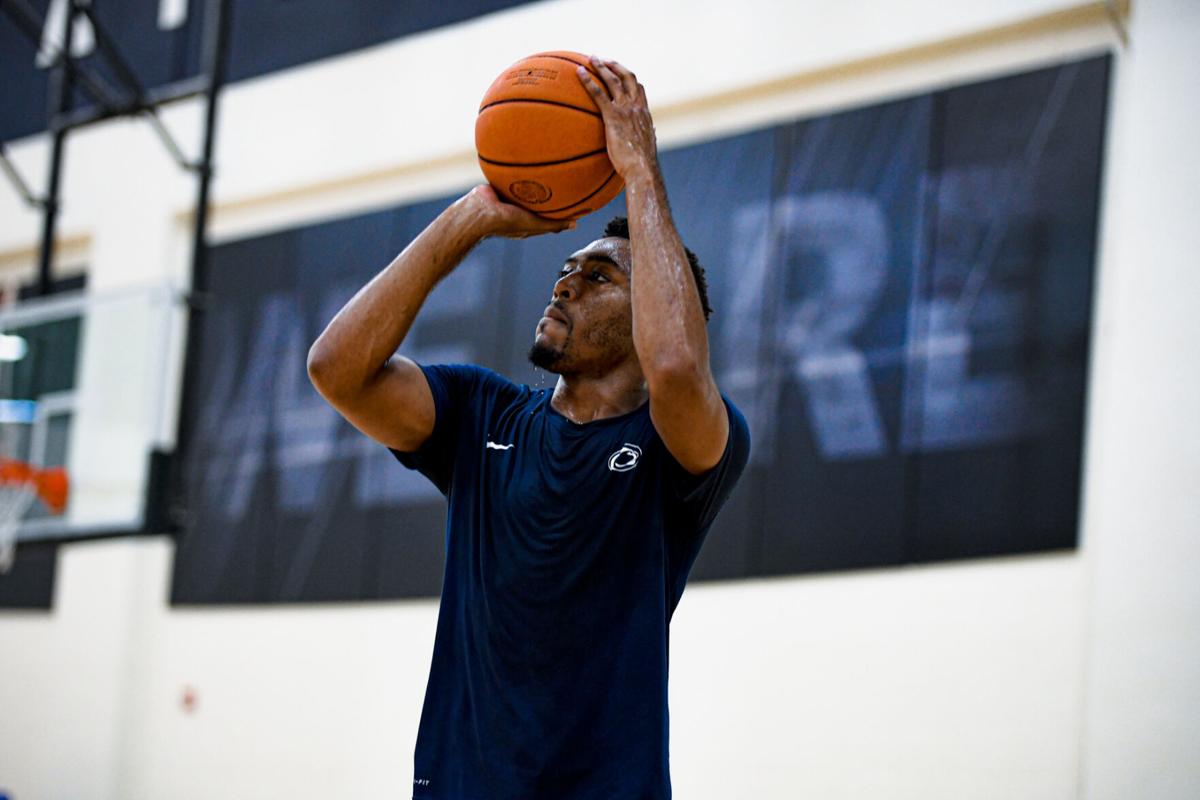 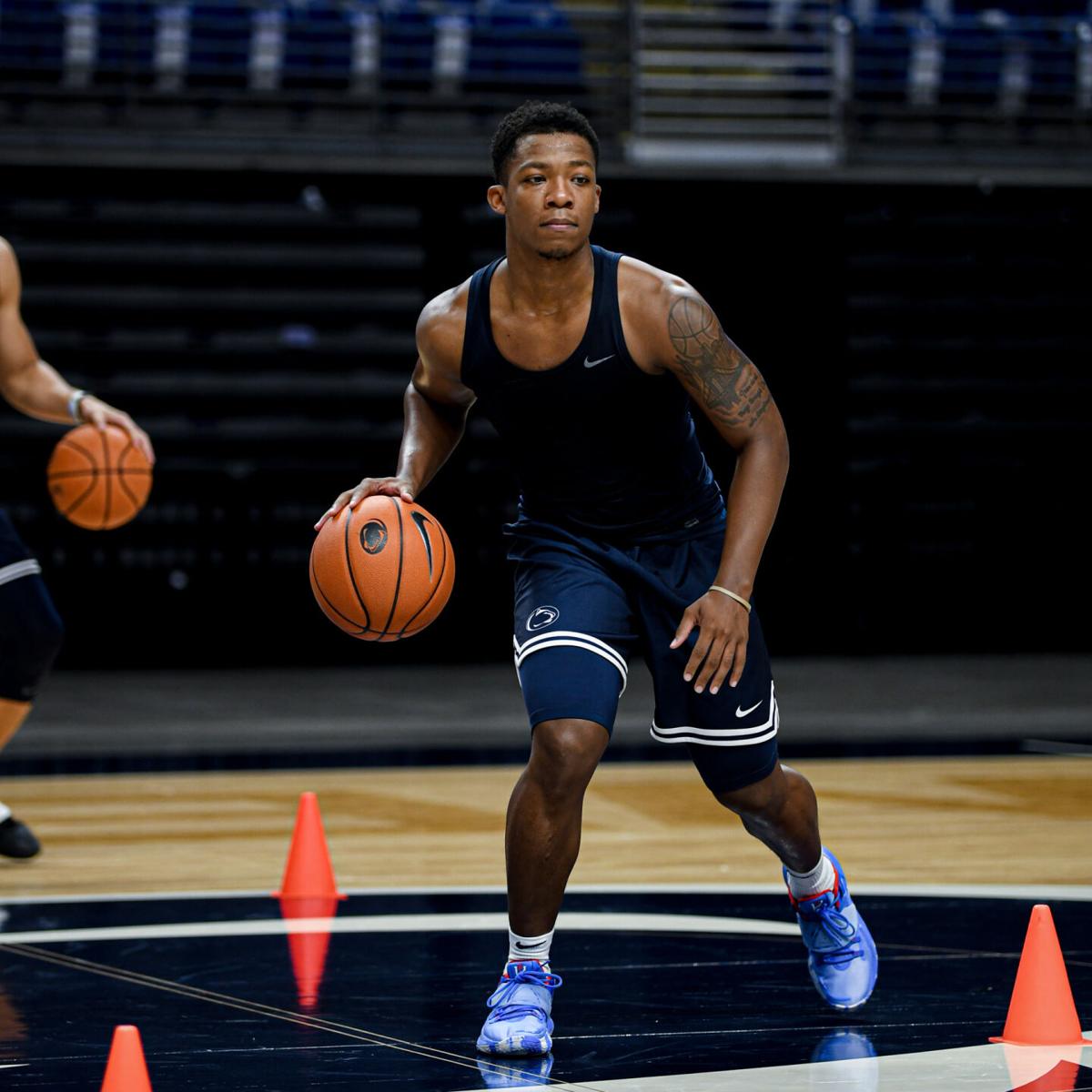 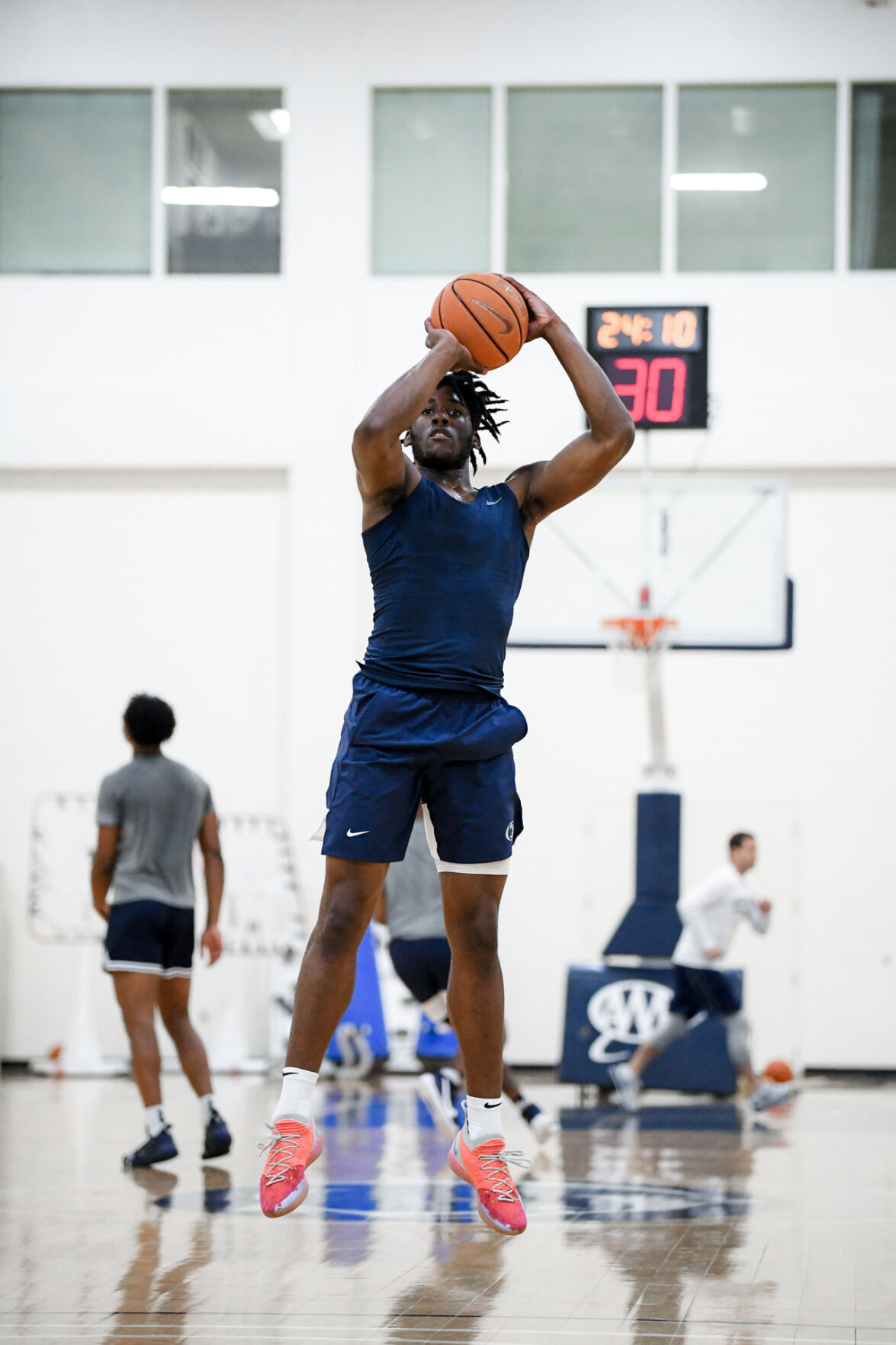 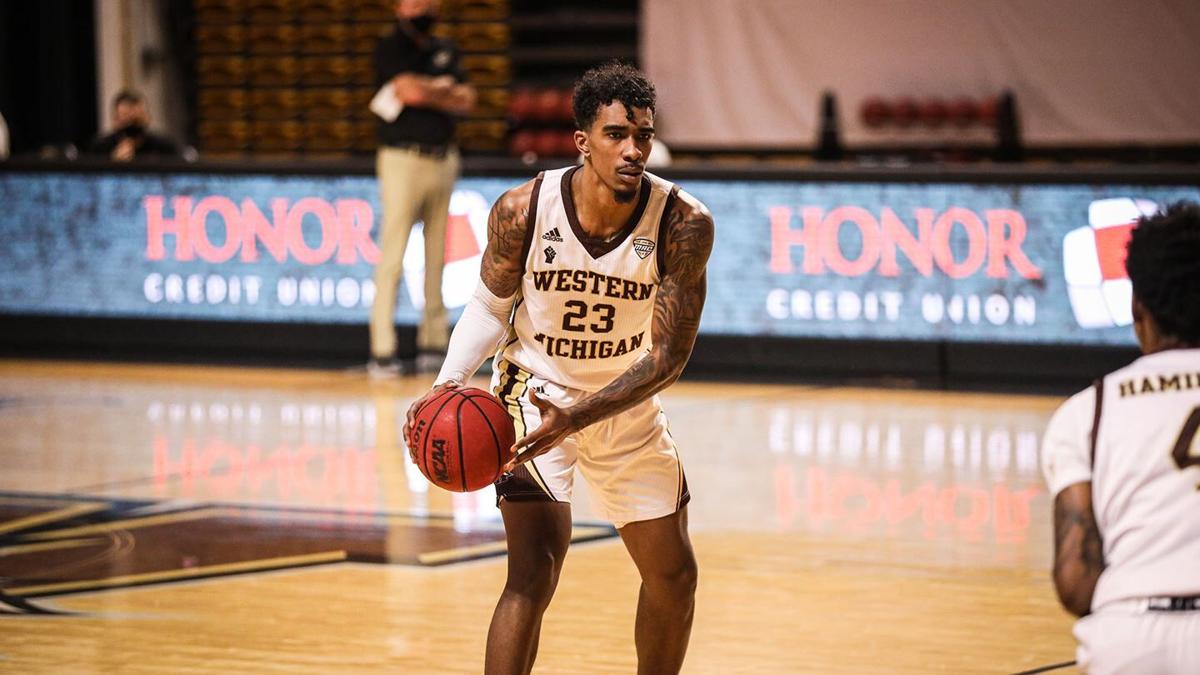 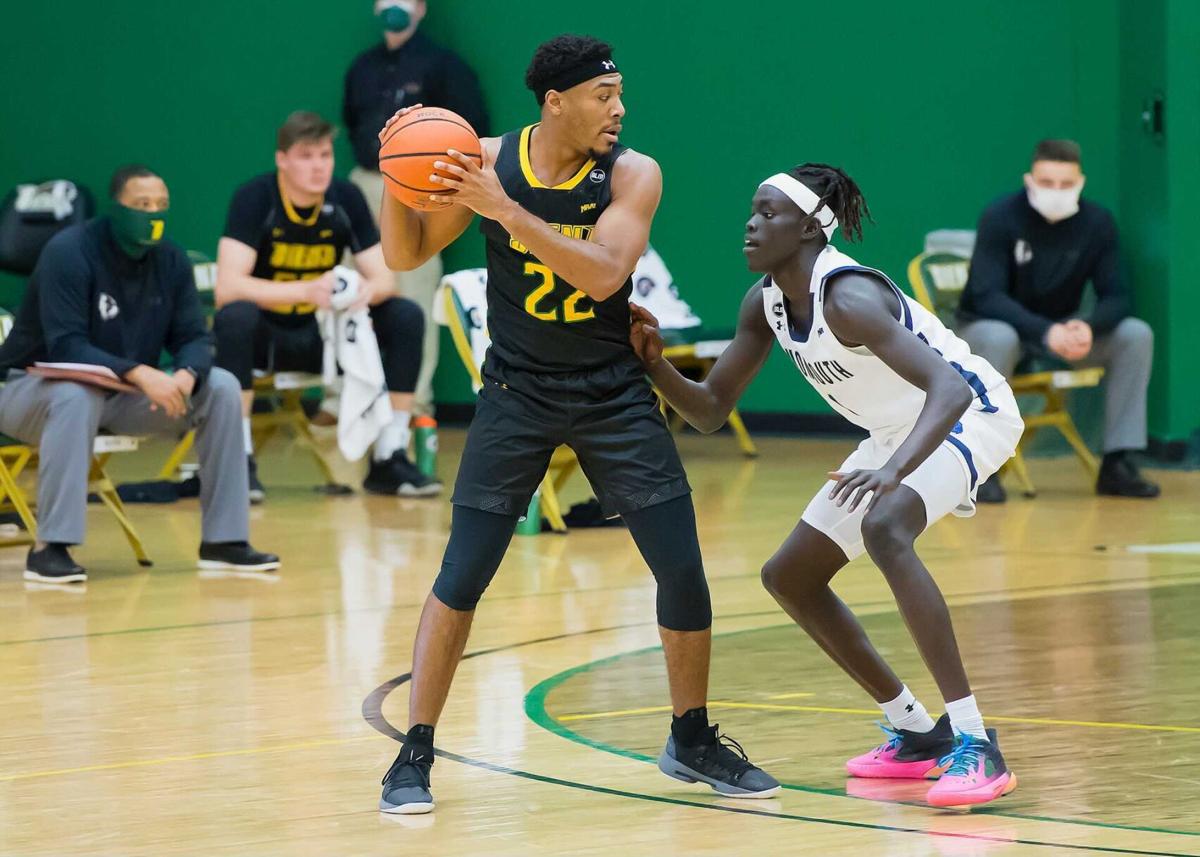 After a tumultuous year followed by numerous players leaving the program, Micah Shrewsberry had his work cut out for him.

But he filled the holes in the lineup quickly, bringing in transfer guards Jalen Pickett and Jaheam Cornwall and forwards Jevonnie Scott and Greg Lee.

For the new transfers, it was Shrewsberry’s passion for the game that drew them toward Happy Valley over other schools.

“He was really detailed about how he wanted to play the game,” Pickett told The Daily Collegian. “I felt like that really made him stand out because he broke down my game and showed me where I would be on the team and how he puts people in the positions to be successful. I felt like he really cared about the kids on the team.”

Shrewsberry has plenty of experience despite this being his first Division I head coaching gig. Among other stops, he spent time with former Boston Celtics and Butler head coach Brad Stevens in both places, including five NBA playoff trips.

The experience Shrewsberry gained from the NBA made it an easier decision for the incoming players to decide where their new home should be.

But for other players, the decision to change schools came because they wanted to be closer to their roots.

Lee was born in Pennsylvania, adding another bonus to coming to Happy Valley for his final season of eligibility.

“There is no better way to end my career than coming back home,” Lee told the Collegian.

For the four transfers, the transition from their smaller schools to Penn State is a big step up.

Scott, the youngest transfer of the four, is switching from a junior college to a university with over 40,000 students. He said the difference between the schools is easily noticeable, including the people in the program.

“They are better,” Scott told the Collegian. “The shooting guns work, and everything just comes to you. The people here are helpful, and they want you to get better. Everything is just better.”

A common consensus between all four players is that coming to Happy Valley will elevate their play. However, a bigger school like Penn State goes beyond better facilities — it means there’s also better competition.

Playing in a top conference like the Big Ten is what Pickett wanted, and it’s what he thinks will take his play to the next level.

“It's gonna be different every night,” Pickett said. “You’re gonna play like one or two NBA players, and every team is good. It's just making us all better basketball players.”

None of the players are making as big of a jump in competition as Scott is, but he said he’s already getting accustomed to it.

“Honestly, it's way more energetic,” Scott said. “There is a lot more stuff to do. The coaches are on us more. There is a lot more skill work and the practices are longer, but that's just the grind. If you don’t like the grind, then it's not for you. I love this type of work.”

Shrewsberry has experience in the Big Ten as an assistant with Purdue, but this will be his first chance to be the general of his own army at this level. And, he has shown some creativity in the way he runs his practices thus far, including some yoga and intrasquad competitions.

“So far as a team, I think Wiffle ball was the hardest thing for the team,” Pickett said. “They just show a different side of everybody, getting outside of basketball. It just shows everybody has a fun side to them and a different type of energy and mood.”

One of the other activities the team takes part in is weekly hot yoga — and players have taken a liking to it.

“Whoever [decided] for us to do hot yoga is a smart man,” Lee said. “For me personally, it is a mental-strengthening tool. But the best part is probably the ending when you get out of the 90-degree heat and stretch after practice.”

In the offseason, Penn State lost many players to the transfer portal. The biggest hits for the Nittany Lions included guards Myreon Jones, Izaiah Brockington, and Jamari Wheeler.

Even with those players leaving Happy Valley, it didn’t have any influence on the newcomers' choice to come to Penn State.

“I really don’t focus on the team from last year, because I knew it was gonna be totally different with the new coach,” Pickett said.

The players who stayed did their best to make the transfers feel at home when they arrived on campus. And, the teams’ veterans have been making younger players like Scott feel more welcomed.

“They have been great,” Scott said. “They haven’t treated me any differently. They treat me just like one of their teammates.”

Despite the adversity facing Shrewsberry in his first year in the blue and white, Pickett said it wasn’t much of a risk for him to join the first-year head coach.

“I have seen the people he’s moved to at different schools and what he has done for them, so clearly he knows what he is doing,” Pickett said. “I have trust in him.”

As the transfers transition from old legacies to new, one thing remains consistent— a goal to improve.

“Coming here, I wanted to play at the highest competition level, and the Big Ten is definitely to me one of the best conferences to play in,” Cornwall said. “It's one of the toughest schedules, so I wanted to come to Penn State to take my game to the next level.”

Penn State's coach Missy Doherty made noise Wednesday after pulling a player out of the transfer portal.

Spencer Ripchik is a sports reporter at The Daily Collegian. He is a sophomore studying journalism with a minor in sports studies.