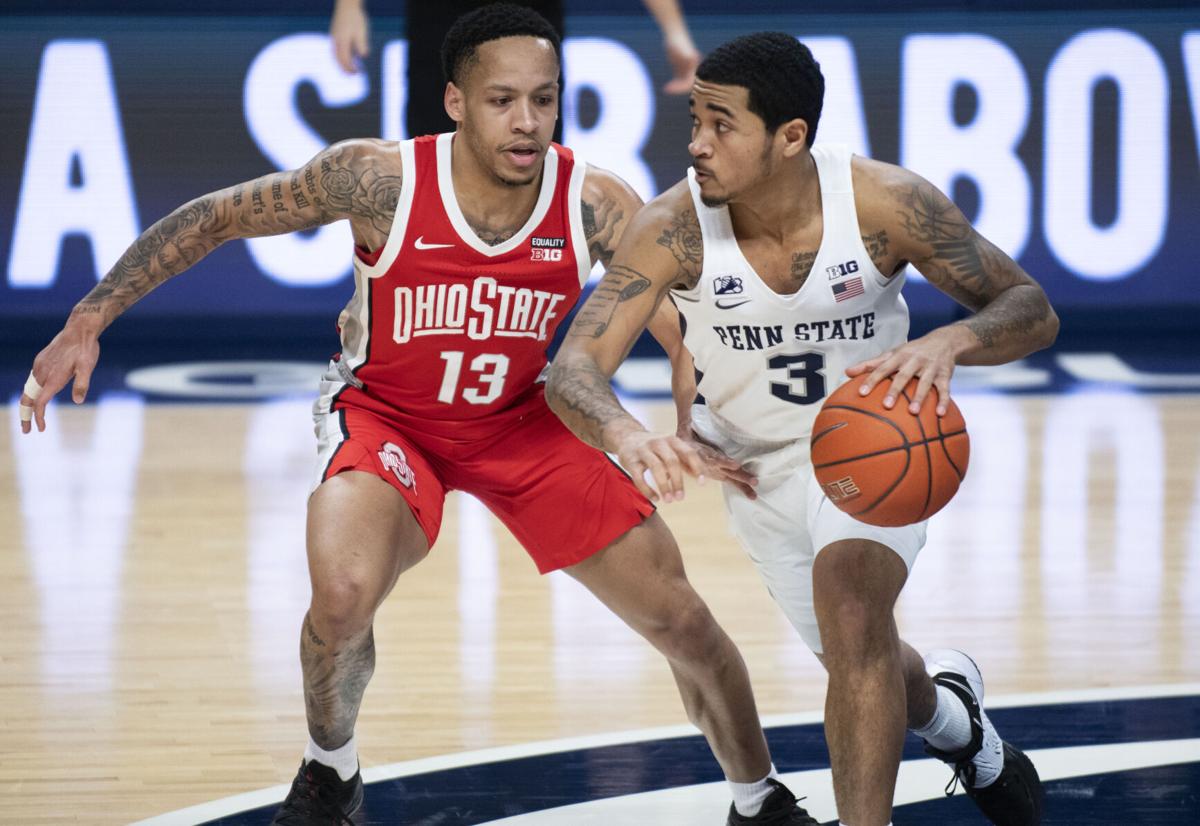 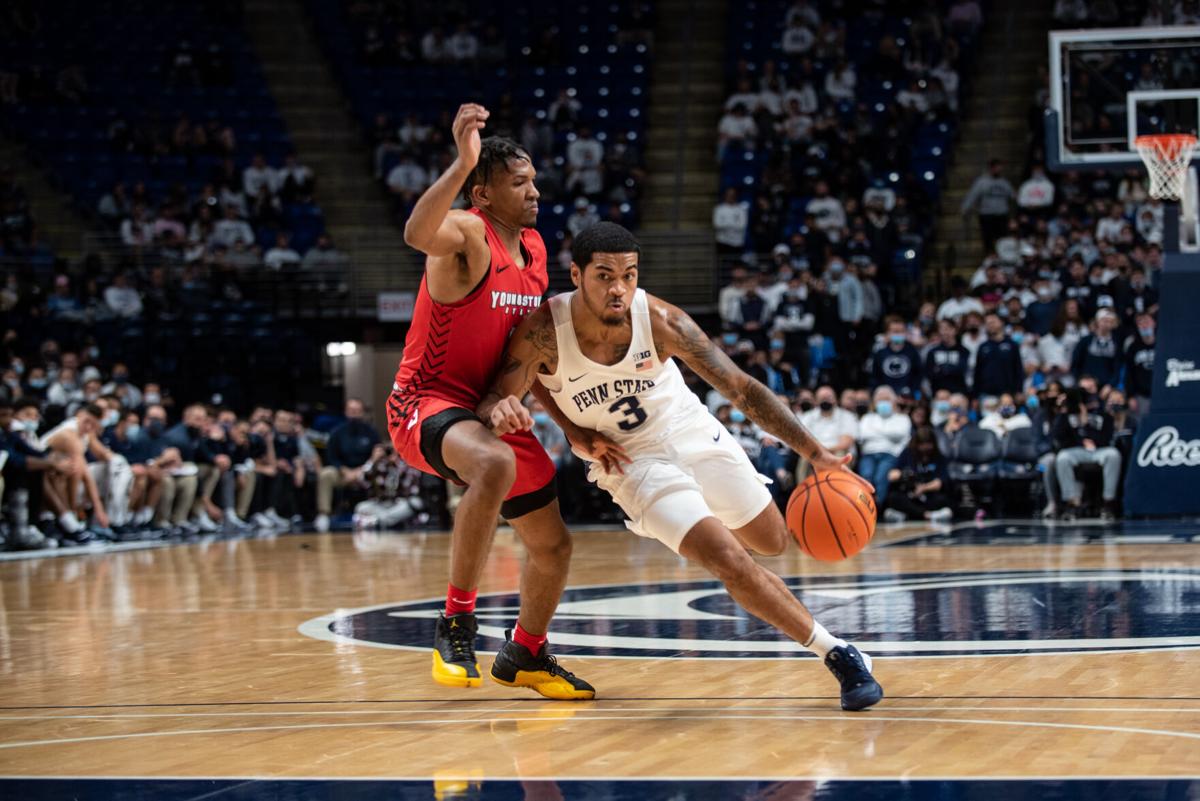 Penn State’s offense was cooking with a new type of gravy, but Thursday, there was one lead chef that did most of the cooking.

The Nittany Lions senior guard Sam Sessoms had himself his best game of the season leading the blue and white with 26 points on the night.

But in the win over St. Francis Brooklyn, the lights were shining on Sessoms.

Coach Micah Shrewsberry said Sessoms' success was in part because of the team's ability to create lanes, so he could get to the rim with ease.

“I think that's been the point of emphasis for our team early on,” Shrewsberry said. “These guys — how they played defensively — they really try and get into passing lanes. They overplay a lot, so those driving lanes were open.”

Sessoms emerged as the do it all guard in the first game of the season, scoring 17 points with all of those points coming from in the paint.

The Nittany Lions no longer have playmaking guards Izaiah Brockington, Jamari Wheeler, and Myreon Jones, who all entered the transfer portal and found a new team, so one of the blue and white guards had to pick up the slack.

The Nittany Lions brought in a flurry of guards in fifth-year senior Jaheam Cornwall and senior Jalen Picket.

However, Shrewsberry and Penn State already had what it was missing in Sessoms.

Even though Sessoms was able to drive to the hoop on multiple occasions against the Terriers, the first-year head coach wants him to keep his options open.

“I think him getting into the lane and then making the right decisions from there,” Shrewsberry said. “I think that's a huge step right there is: ‘I go to score, I can't score that, I find the next guy. find the open guy now.’”

Sessoms has not been able to connect from deep, except once against UMass, instead he has been orchestrating from in the paint.

On the season, all 52 out of his 55 points on the season have been from in the paint.

The veteran does not have size to his advantage. At a flat 6-foot, he uses his gliding speed to aid his game.

“If I just beat my man, I just knew I would have a wide-open layup,” Sessoms said.

Sessoms is one of the more nimble players on the squad and has developed the vision to find the rim.

In practice, the team has been going over when the right time is to take the shot and make it count.

The Philadelphia native’s vision aided his succes sniffing out the basket with all his points coming in the paint.

“Basically, it was just a good job at reading stuff,” Sessoms said.

Three games into the season, Shrewsberry has changed the starting lineup three times.

The first game he went with a three guard set with Dread, Sessoms, and Pickett. Then in the second game he replaced Dread with Cornwall.

Against St. Francis Brooklyn, Shrewsberry went with a two big man set and had Sessoms and Pickett at the guard position.

“We're still learning who our best lineups are to finish games and all those things,” Shrewsberry said. “They'll come to us with time. I think we're constantly growing.”

One thing that has not changed with the starting lineup is Sessoms playing the guard position.

The Big Ten is a “big man” league, where teams succeed by dominating the paint with size.

However, over the past couple of games, Penn State has been dominating the paint with Sessoms’ speed.

Going into Big Ten play, Sessoms will be a key leader on the Penn State offense, and so far on the young season, the offense has gone through him.

“I think it's gonna be important for us in terms of how we play and him making the next step as a playmaker as well,” Shrewsberry said.

Penn State defended the Bryce Jordan Center for the second time of the season on Thursday night.

For Penn State to get back in the win column Thursday against St. Francis Brooklyn, it had to iron out several issues both offensively and def…