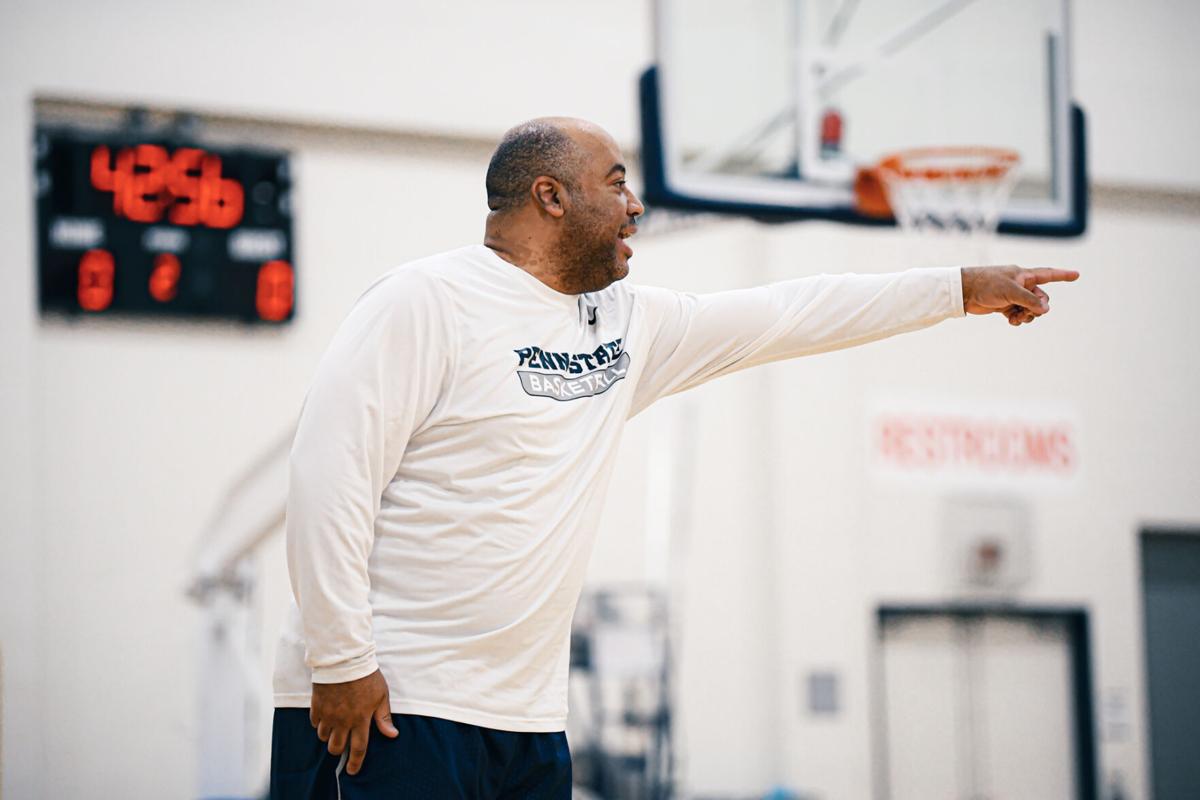 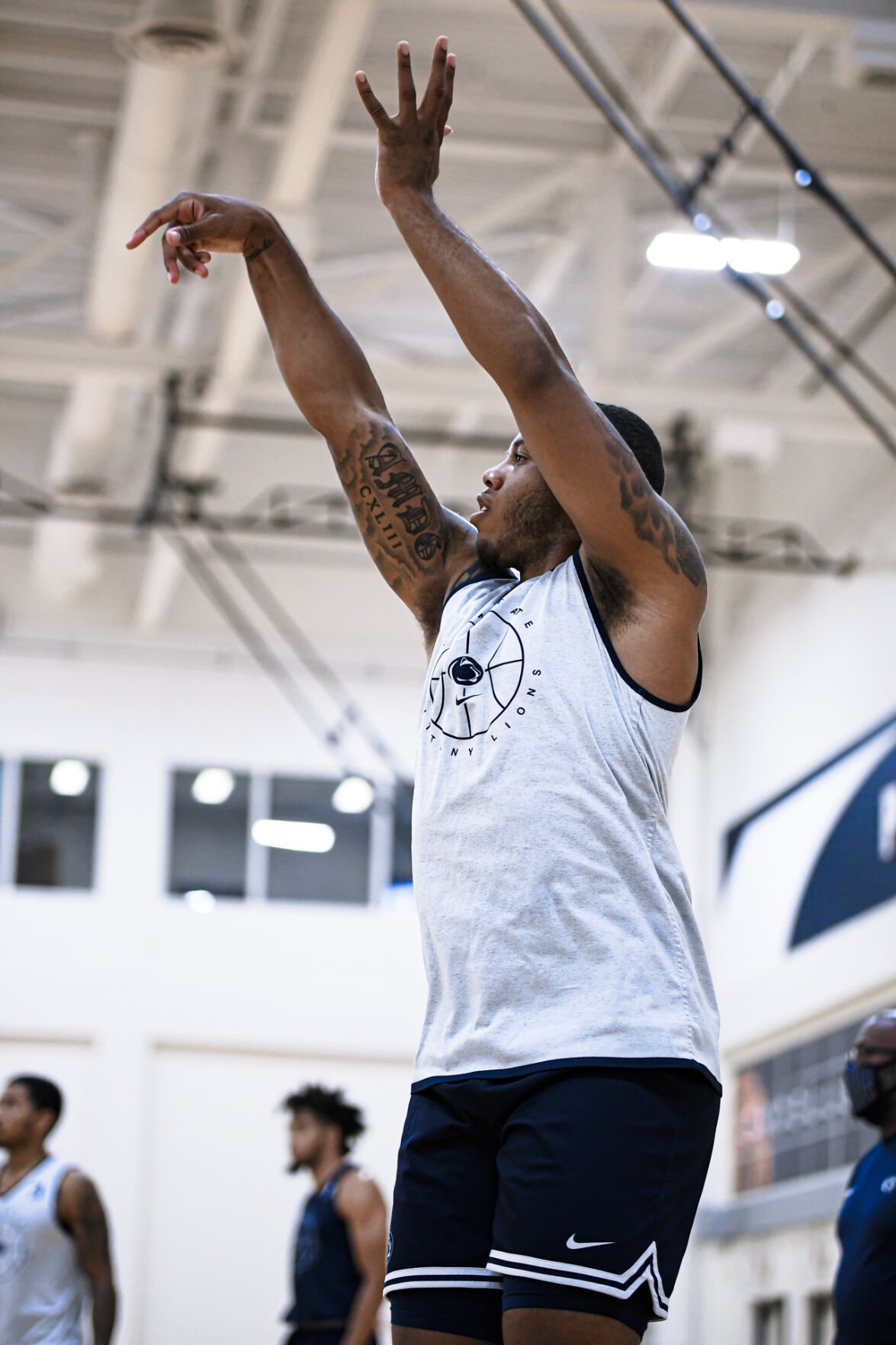 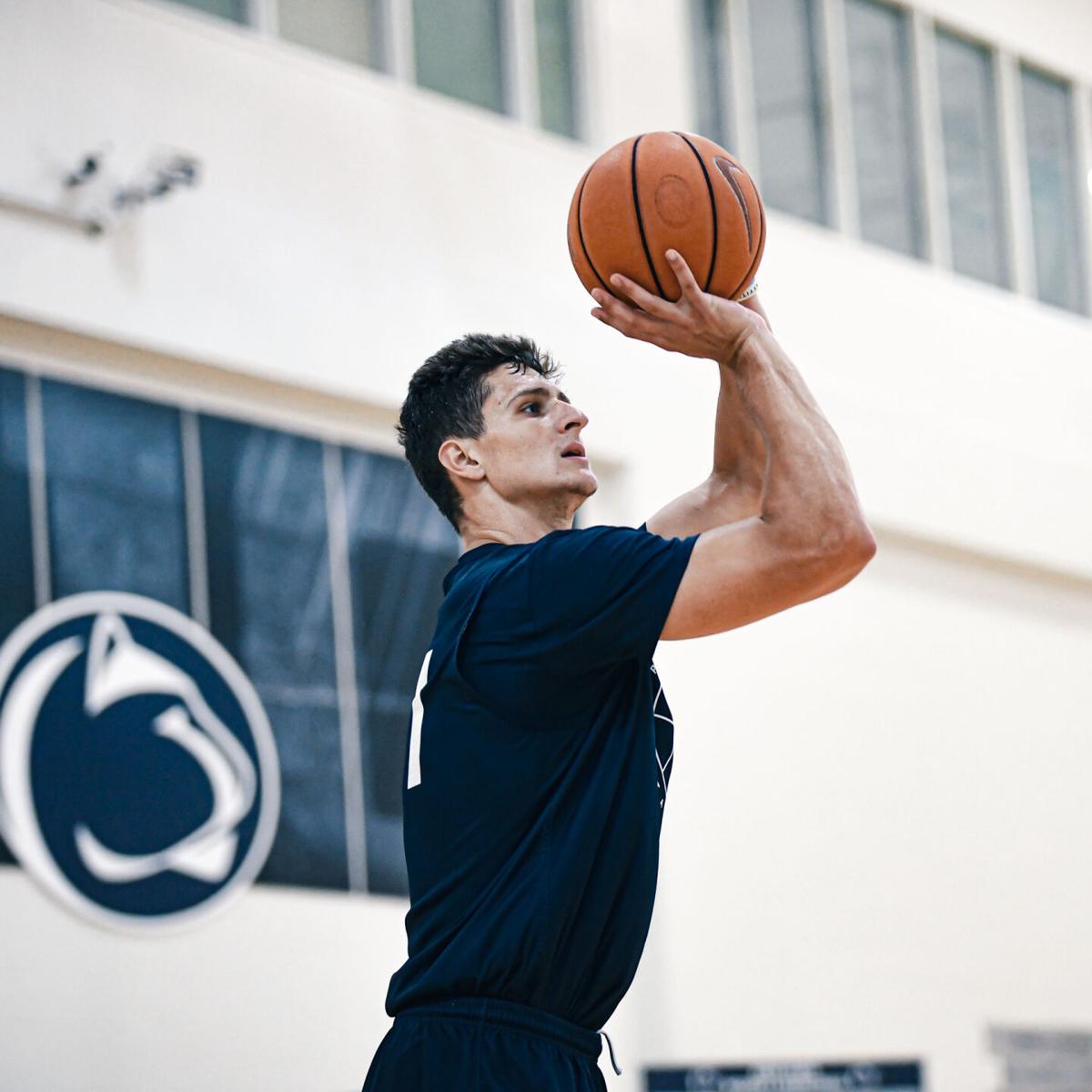 With the summer session coming to a close, Penn State’s new head man on campus is starting to adjust to his role.

While Micah Shrewsberry has taken his time getting to know a new campus and new faces, he’s deemed the summer workout session as a unique and successful experience.

Shrewsberry is now just a week away from spending a whole summer in Happy Valley, but the head coach is still a bit lost around Happy Valley.

“I still do not know the campus,” Shrewsberry said. “I know it enough, but what helped me was in June, we had a bunch of recruiting visits. I got to sit in the back of the golf cart and listen to some of the other coaches. They told the recruits what building was what and where they had class. But I'm still learning.”

To help him get adjusted to the new environment, Shrewsberry has leaned on some of his assistants who have been around for a long time.

“I'm going to get the right people to help me and that's where a guy like Nick Colella has been so helpful, and Adam Fisher who knows the campus so well and went to school here,” Shrewsberry said. “He's been helpful in that way.”

While there’s plenty of change surrounding the program these days, there’s a couple of constants, including veteran forwards John Harrar and Myles Dread.

Dread is going into his fourth season putting on the blue and white, and he said he’s struggling to believe his career at Penn State is almost over.

“College has gone by so fast man,” Dread said. “I feel like freshman year was just yesterday.”

This season, Penn State doesn’t have a single freshman on its roster, but there are three sophomores and a handful of transfers.

Dread said he’s tried to be a steady voice in telling those younger players to appreciate their time on campus.

“I try my best to let the new guys know that it doesn’t last forever,” Dread said.

In addition to helping the younger guys take in Happy Valley, he wants to establish himself as a leader and a safe contact for others.

“I try to teach them that nobody is ever going to say anything malicious or hurt you,” Dread said. “We just want what is best for them.”

After a mass exodus of players leaving the program this offseason, Dread and Harrar were some of the few players to stay at Penn State.

After initially entering the transfer portal, Harrar said he was happy he returned from the portal and felt welcomed by the Nittany Lion faithful.

“I just like how the community invited me back,” Harrar said. “I'll be walking downtown and whenever someone says ‘I'm so glad you came back,’ My first response is ‘Thanks for inviting me back,’ because I felt very welcomed here in this community as well.”

His new coach reinforced that Harrar came back because of the atmosphere in Happy Valley.

“A big part of John returning to Penn State was Penn State,” Shrewsberry said. “Penn State has been doing that for four years to him.”

The news of Harrar’s return to the campus was music to Shrewsberry's ears after watching the big man play against his old Purdue teams.

“I was really excited when he told me he was coming back,” Shrewsberry said. “I sat there last year when he got 10 offensive rebounds against us. Let’s go do that again. It was not fun sitting on the Purdue bench, but it would’ve been great sitting on the Penn State one.”

Shrewsberry said he’s hoping having a large number of veteran players like Harrar and Dread will help ease him into the new coaching position.

He thinks having those presences will be beneficial when facing a challenging Big Ten gauntlet.

“Having a bunch of older experienced guides that have played a lot of games and have been in lots of situations is going to be helpful for us,” Shrewsberry said.

Harrar’s experience at Happy Valley has been useful to helping out Shrewsberry get used to his new home.

The five-year veteran said he thinks his new coach is assimilating well into his new job, but he’s still there to help him out.

“I asked him how I can help him with the program and if there's anything he needs with how he is studying our culture,” Harrar said. “I'm trying to help him along those lines.”

Even though Harrar is there for Shrewsberry if he needs help around campus, he won’t let an opportunity to joke about Shrewsberry’s PNC Park first pitch slide.

“I know he has been out to the hotspots downtown and threw out the first pitch,” Harrar said. “I heard he slipped, but I won’t talk about that.”

For many Penn State athletes, the goal isn’t just to play at the collegiate level — but to e…

When Penn State takes the court in November, nearly half of its roster will wear the blue and white for the first time.