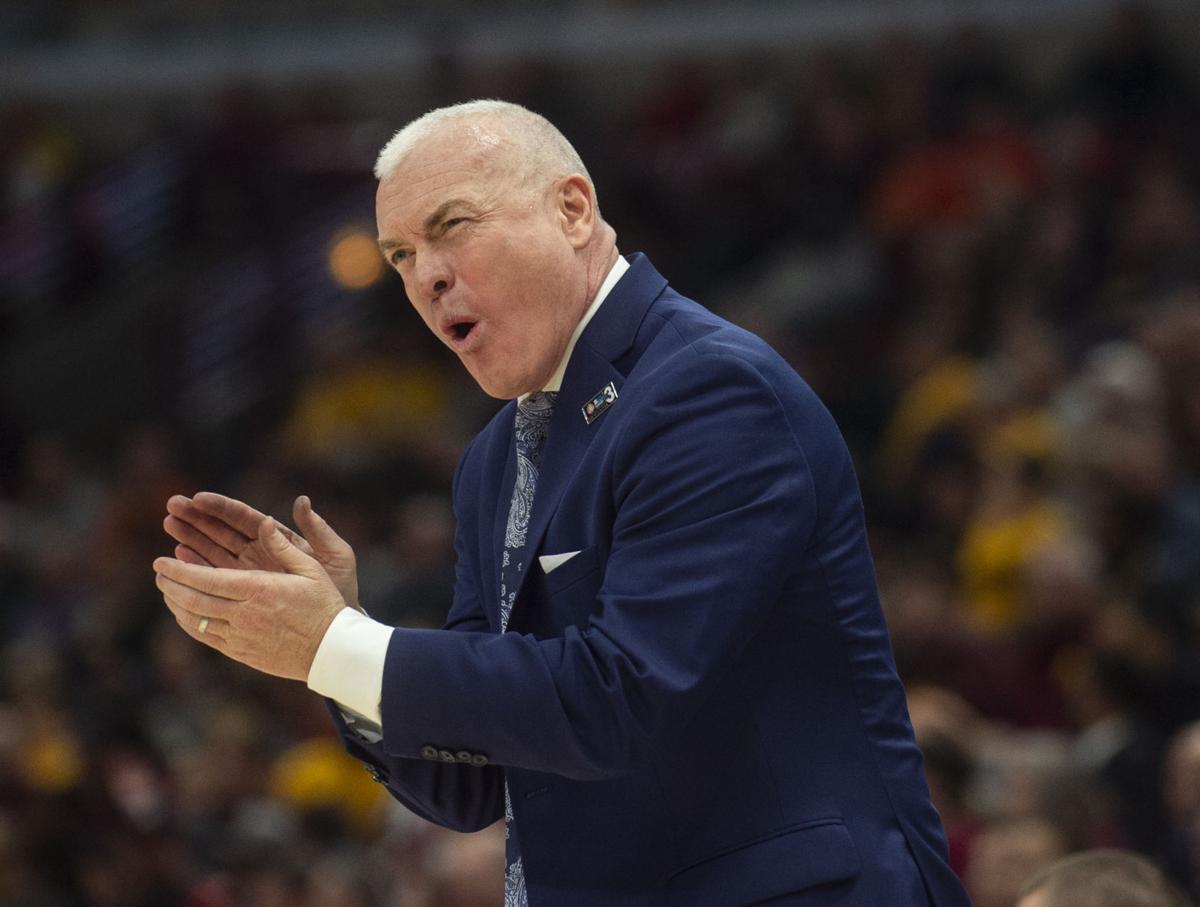 Head coach Pat Chambers motivates his team during the game against Minnesota in the Big Ten Tournament in the United Center on Thursday, March 14, 2019. Minnesota defeated Penn State 77-72. 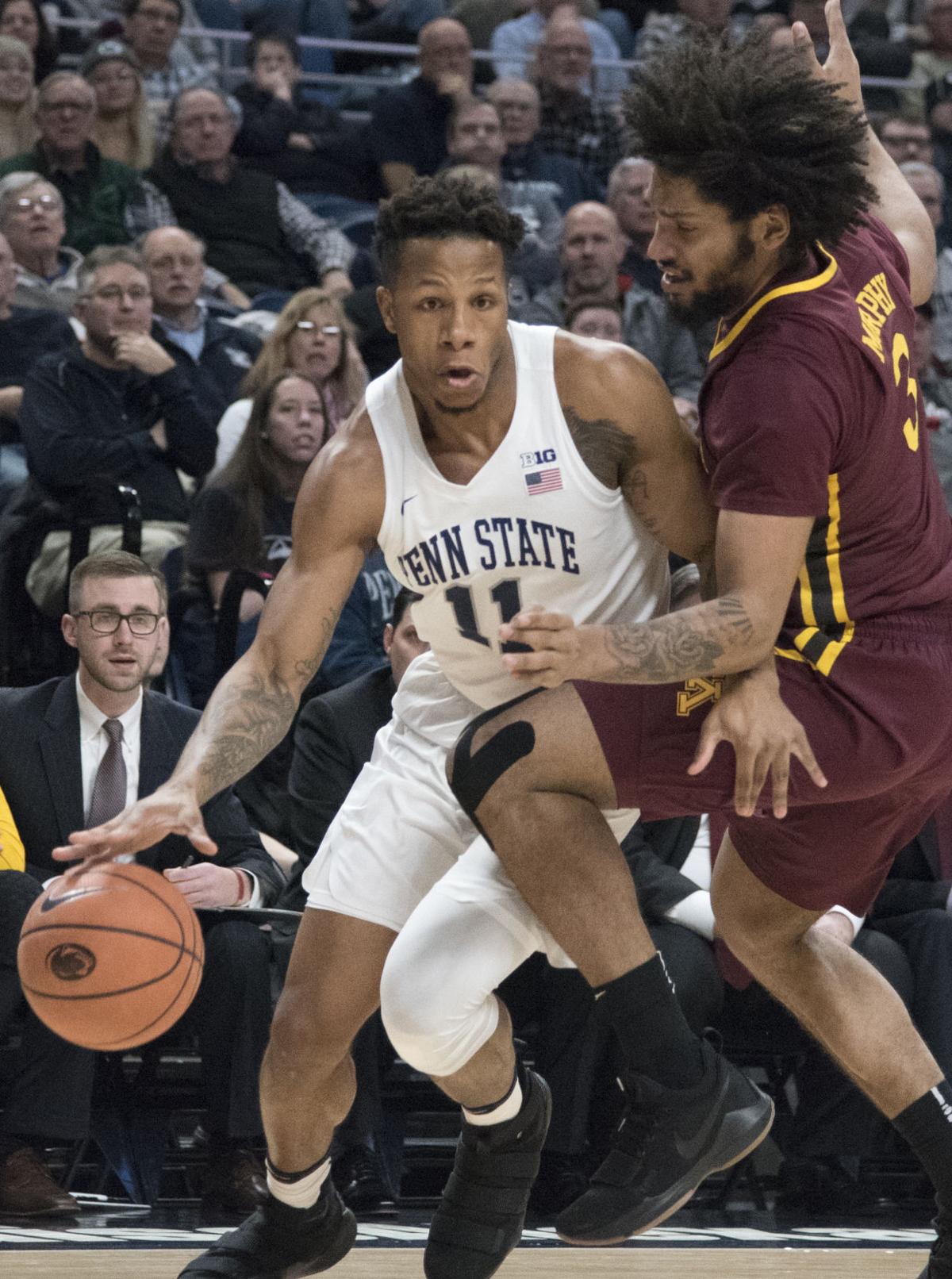 Lamar Stevens (11) maneuvers around a Minnesota player during the men’s basketball game on Monday, Jan 15, 2018. The Golden Gophers defeated the Nittany Lions 95-84.

After its best start to a season in nearly 20 years, Penn State took a step back after losses to Rutgers and Wisconsin last week and fell out of the AP Top 25 poll.

Now sitting in the bottom third of the Big Ten standings, the Nittany Lions travel to Minnesota with hopes of getting back on track.

The Golden Gophers have an even .500 record in the Big Ten, a game ahead of Penn State, but have lost three more games overall on the season.

Minnesota is coming off an upset win at home against Michigan this past Sunday in which its dominant duo of Daniel Oturu and Marcus Carr went off for a combined 51 points.

Mike Watkins will certainly have his hands full when guarding Oturu, a matchup that will likely dictate the outcome of the game.

With Minnesota’s sophomore big man coming off a 30 point performance on Sunday, it will be integral for Penn State that Watkins find a way to minimize his impact.

But even if Oturu isn’t dominating inside, what makes this Gophers team so dangerous is their ability to shoot from the outside.

At just over 37 percent, Minnesota is fourth in the Big Ten in three point percentage, something that the Nittany Lions themselves have struggled with as of late.

Over the last two games Penn State has shot a rough 11-47 (23 percent) from beyond the arc, a major reason for its struggles.

The Nittany Lions have arguably their biggest home game of the season following the trip to Minnesota when they host Ohio State on Saturday, but they’re not letting themselves look too far forward.

“I’m excited about some of the numbers that may be coming in on Saturday, that’s fantastic,” Chambers said. “We just have to stay present, and we just have to focus on us… and then when we go there Wednesday, no matter what happens, as long as we can compete for 40 minutes, even if we play awesome and hit 15 threes, we still might lose the game, you have to have short term memory and get up the next day and prepare ourselves for Ohio State.”