Dear Penn State fans that continue to comment “#fireChambers” in my Twitter mentions: I hear (rather, see) your concerns.

Time for Pat to go

Pat chambers should be fired before the 12 minute timeout. This team is pathetic.

First, just know that I am not in any position of power to fire Pat Chambers. I work for the student newspaper and simply cover the men’s basketball team.

Second, even if I was a position of power within Penn State Athletics, I wouldn’t fire Chambers. Because firing Chambers wouldn’t make this Penn State season any better. It also wouldn’t guarantee that the coming three, four or even five years would be any better.

Because firing Pat Chambers would be failing to recognize the real problems the program is facing –– the problems that start from the top, well above Chambers.

For the sake of this column, let’s say Penn State does fire Chambers at the end of this season. Who is coming in to replace him?

Penn State Athletics has never shown a willingness to spend any significant amount of money to bring in a high-level coach. Prior to Chambers, the previous two head coaches –– Jerry Dunn and Ed DeChellis –– were both assistants under legendary coach Bruce Parkhill.

But that’s the reality with the Penn State program.

That’s why Chambers was brought in. He coached an America East school, Boston University, to an NCAA Tournament appearance and was a fiery, young coach who worked under Jay Wright at Villanova.

It was the hire Penn State wanted –– because it was justifiable and cheap.

So if Chambers is let go, why would the next coach be any different?

You're basically starting from square one again.

There’s no reason to strip down what Chambers has done, either. I’m not oblivious; I know this season hasn’t gone as planned. I know Chambers hasn’t made an NCAA Tournament appearance at Penn State.

But from personal experience, I also know that Chambers is a guy that truly cares. He’s changed the culture at Penn State and the recruiting footprint he’s established in Philadelphia (and at Roman Catholic) is real.

Chambers had a really, really talented team last year. In March, they were probably one of the 15-20 best teams in the country. It just took them too long to start playing their best basketball and didn’t have the resume to reflect that talent come tournament time.

Chambers and his team did what they could. They dominated their way to an NIT title.

That’s what Chambers is capable of when he has the necessary talent.

Now, there’s no evidence that Penn State is even considering firing Chambers. Penn State has never once fired a men’s basketball coach, and current Athletic Director Sandy Barbour has yet to fire any coach for performance reasons.

Barbour also signed Chambers to a three-year contract extension over the summer, meaning he still has three years remaining on his current deal after this season ends. If history tells us anything, Chambers isn’t going to be let go anytime soon.

So Penn State fans, don’t call for Chambers to be fired. Because an immediate solution on the other side doesn’t exist. Not until the people above Chambers show a real attitude toward building a program that wins in the Big Ten on a consistent basis. 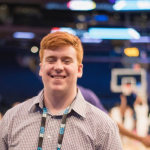 Tyler King is a senior studying print/digital journalism and Spanish at Penn State. He currently serves as the Collegian's managing editor.

Special teams flipped Penn State’s Week 4 matchup against Central Michigan on its head, as the Chippewas muffed a punt off the foot of punter Barney Amor, which gave the Nittany Lions the momentum they needed to finish things off.