You are the owner of this article.
Edit Article Add New Article
You have permission to edit this article.
Edit
Home
Latest
News
Sports
Football
Opinion
Lifestyle
Multimedia
Join
Subscribe
Share This
Men‘s Basketball • Click for more stories •
1 of 3 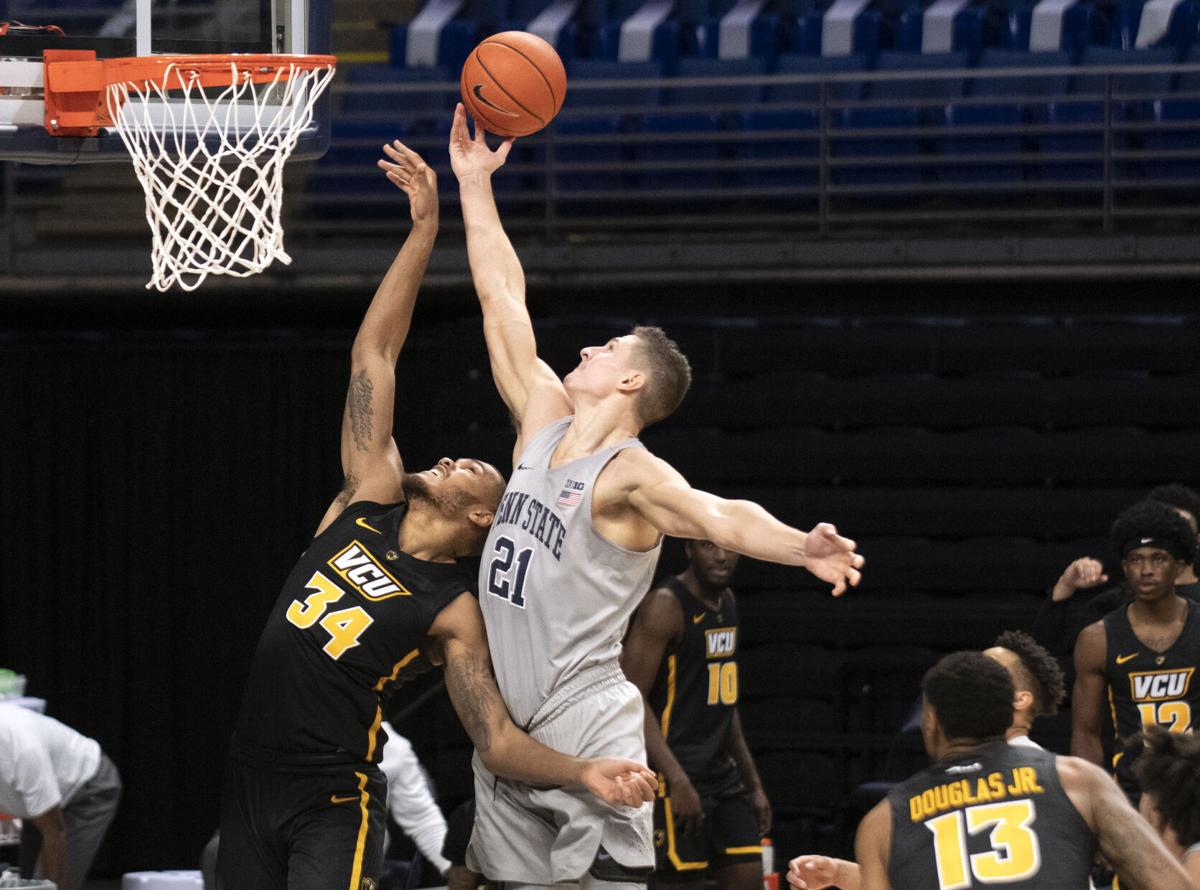 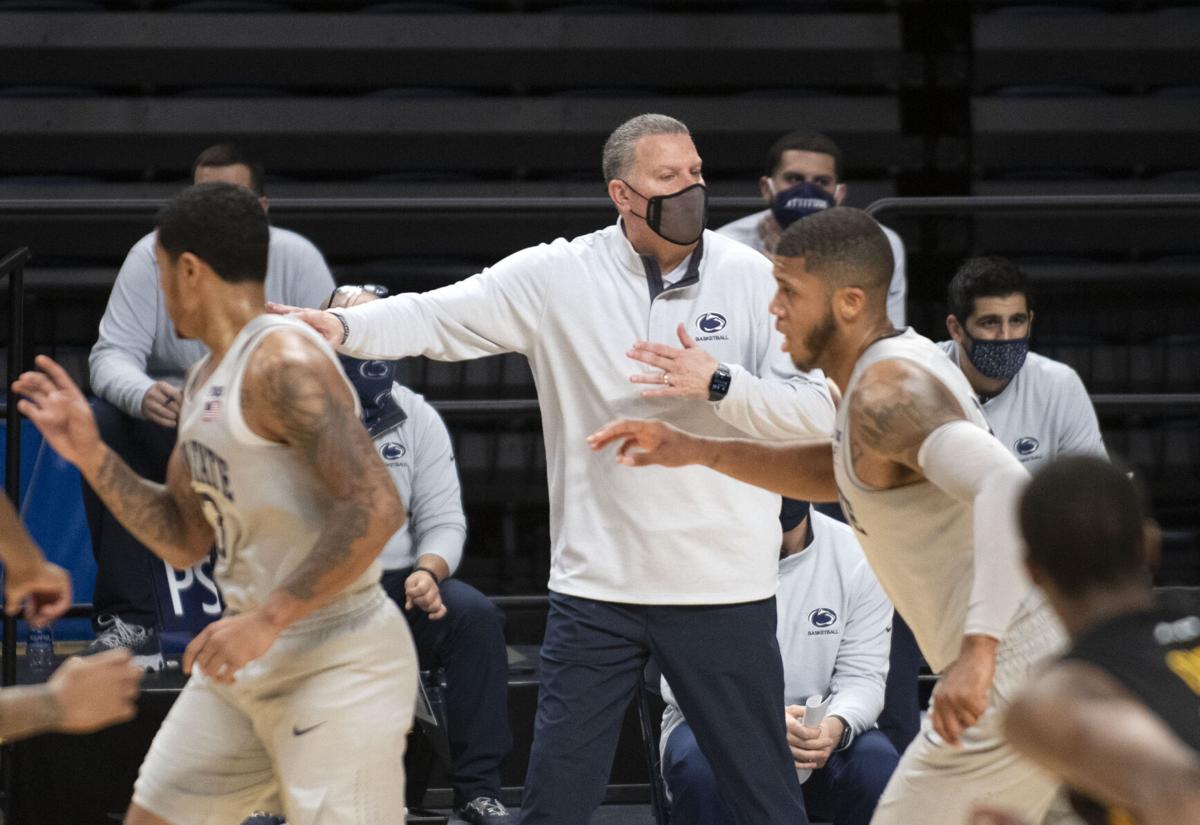 Penn State men’s basketball interim coach, Jim Ferry, motions to his players as they run down the court during the team’s game against Virginia Commonwealth University at the Bryce Jordan Center on Wednesday, Dec. 2, 2020. Penn State won 72-69. 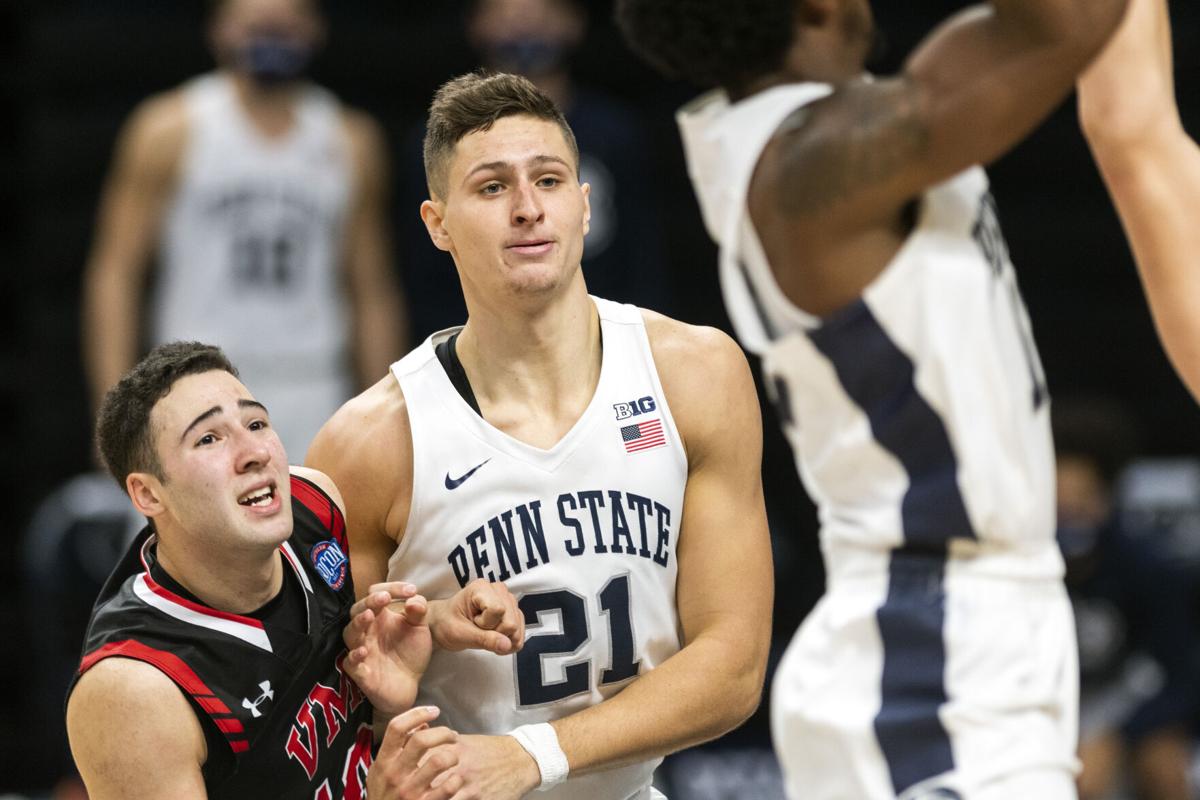 In just its second game of Big Ten regular season play, the Penn State men’s basketball team has the opportunity to secure a significant win that could stand out on a potential tournament resume come March.

The Nittany Lions welcome a struggling Illinois team to Happy Valley that was at one time ranked in the top five nationally, but has now dropped two of its last three games.

In all likelihood, this Illinois team will get things turned around and play like the top 10 team their talent reflects, but at this moment in time they are not playing at that level.

This provides Penn State with a timely opportunity to secure a win that could pay off well down the line.

Illinois has a talented roster across the board, but they are led by two key players — junior Ayo Dosunmu and sophomore Kofi Cockburn.

Dosunmu, who was named a preseason First Team All-American by many outlets has played up to those expectations so far this season, averaging just under 23 points per game this season and over five assists per game.

On the other hand, Penn State may be presented with more of a challenge defending Cockburn.

In their first Big Ten matchup against Michigan, the Nittany Lions were gashed by freshman forward Hunter Dickinson for 20 points.

Now Penn State’s bigs must face off against the former Big Ten Freshman of the Year and preseason First Team all-Big Ten forward who presents an even more daunting physical challenge thanks to his 7-foot, 285 pound stature.

"I watched Shaq a lot when he was in college and he reminds me of that, he's such a physical presence,” interim head coach Jim Ferry said of Cockburn. “He's improved dramatically from last year. He's so explosive off the floor, his hands have gotten better and the amount of space he takes up both offensively and defensively distorts the game. So, we have a couple things we're planning to try to get him off balance.”

The primary responsibility of defending Cockburn will fall to senior forward John Harrar.

Harrar appeared to struggle at times defending the post against Michigan, but has experience from last season defending Cockburn and is well aware of the challenge he is facing.

“He's a huge dude and he plays hard too, so it's not like he's just out there,” Harrar said. “We're gonna have to rotate Trent [Buttrick], Abdou [Tsimbila] and I and just give it all we got, make sure we're in front of him in the post and do everything we can to keep them off the glass. [We’re] gonna have to play with a lot of heart out there to not let him do what he wants to do.”

This won’t be that last time Harrar sees a talented big this season thanks to the talented core of forwards that populate the Big Ten including the likes of Indiana’s Trayce Jackson-Davis, Michigan’s Dickinson and the clear favorite to win Naismith player of the year — Luka Garza of Iowa.

In a league where coaches don’t shy away from playing a physical post-centric game, Harrar’s ability to defend and make opposing big men work throughout the game will continue to have growing importance as the season progresses.

Luckily for Harar, he has had plenty of experience playing against physical bigs both during games and in the team’s own practices.

“I got to play against Mike [Watkins] every practice, so for three years I was playing against him and I would consider him one of the best big men in the Big Ten last year,” Harrar said. “Last year was not much different, Kofi was still in the league, Luka was still there, so this year we're all a year older and I'm just ready to go out there and compete.”

Thanks to an increase in minutes and overall improved play, Harrar’s statistics are better in nearly every category when compared to last season.

Harrar is currently averaging 7.6 points per game and seven rebounds per game, compared to 4.3 and 4.6, respectively, from the previous season.

More importantly, Harrar’s role as a leader on the team has grown, during a recent interview, Ferry issued a significant amount of praise for Harrar for his work both on and off the court, even going as far as saying he wished Harrar would marry one of his daughters.

Penn State is set to take on Illinois on Wednesday night as it looks for its first Big Ten win of the season.

Tanyon Loose is a sports reporter for The Daily Collegian. He is a sophomore majoring in pre-medicine