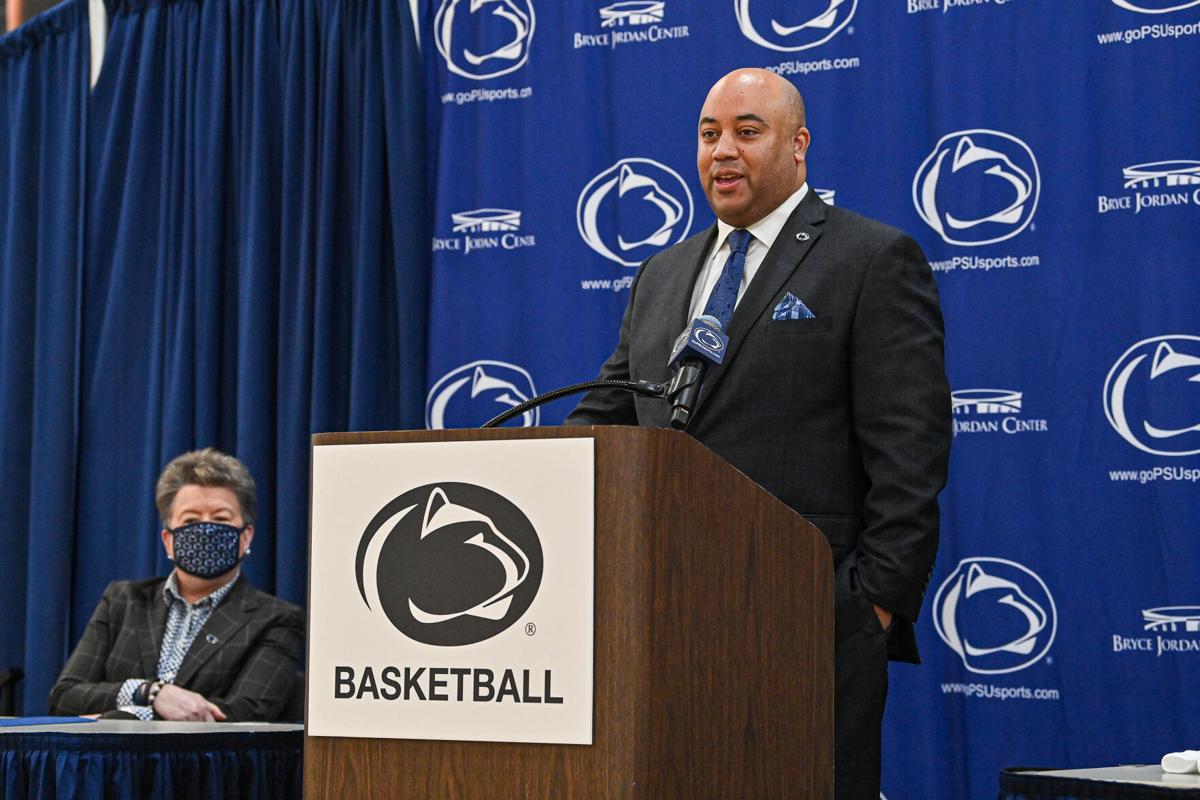 Micah Shrewsberry is introduced as the 14th men’s basketball head coach in Penn State history. Shrewsberry was introduced to members of the media as well as a select number of Nittany Lion Club members on March 30, 2021 in the Nittany Lions practice facility in the Bryce Jordan Center. Photo by Mark Selders 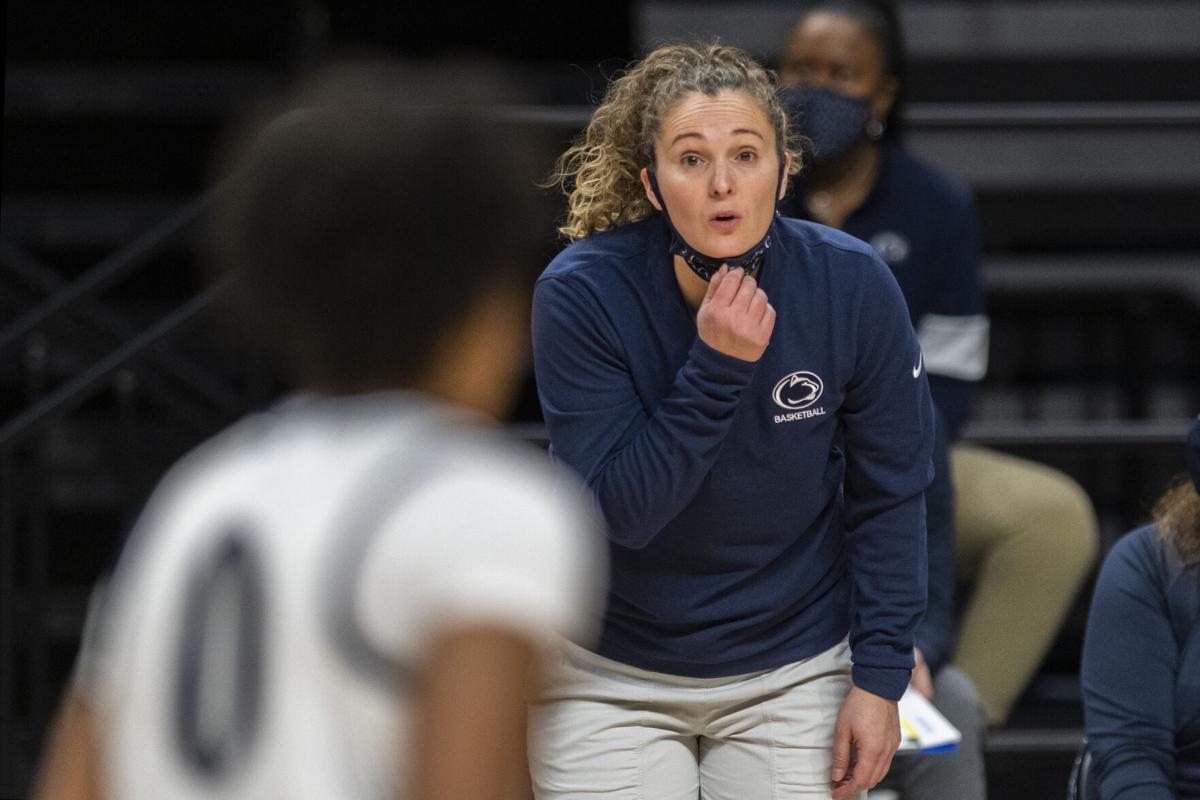 Penn State men’s basketball is currently a program in limbo.

Players like Myreon Jones, Trent Buttrick and Jamari Wheeler have already announced their transfer destinations after entering the portal directly after the 2020-21 campaign.

Several more have yet to make a decision on whether they will return or transfer elsewhere, while Izaiah Brockington has announced he will remain with the team heading into the 2021-22 season.

All this has occurred while the Nittany Lions welcomed a new coach in Micah Shrewsberry, who faces the monumental task of rebuilding a program that has recently seen a mass exodus of its athletes, while also working to implement his own culture within the program.

Luckily for the newly named leader, there is someone who also works in the Bryce Jordan Center who has already accomplished that same feat.

The 2019-20 season was one to forget for Penn State women’s basketball program. The Lady Lions went just 7-23 overall, suffering losses to nonconference opponents like Rider, La Salle and Long Beach State, while also posting a 1-17 record in the Big Ten.

The ensuing offseason saw all but three players with regular playing time leave the program, paralleling the situation the men’s team currently faces.

Coach Carolyn Kieger, now in her second year, had what was arguably the most important offseason in her career as the program sat at a tipping point.

She also utilized college basketball’s newest hot commodity — the transfer portal — to bring in several talented players including Johnasia Cash, Niya Beverley and Kelly Jekot, who transferred the prior year but sat out.

It could be argued that the program’s mass exodus of players proved beneficial, as the Lady Lions’ young players saw significant playing time early on in their careers, and Kieger was able to establish her own culture with her own players she quickly brought in.

Shrewsberry expressed similar sentiments in his opening press conference, stating he was actively trying to bring athletes in the transfer portal back to Penn State but was only interested in bringing back players who are truly committed to him and the program.

Establishing her own culture had a clear effect on the future outlook for the program.

It is evident that many of the Lady Lions enjoy playing for Kieger, whose high energy personality has rubbed off on the program — making it an enticing destination for new recruits or transfers.

The effects have already shown this offseason, as Penn State has seen two highly touted players transfer into the program and another recruit commit to the team.

Shrewsberry could face a similar path in his first few years as head coach at Penn State. It is entirely possible the Nittany Lions will struggle to win more than 10 games next season.

A result like that should not be seen as a failure for Shrewsberry — the rebuilding process will likely be a slow one for the former Purdue assistant.

Penn State has never been known as a basketball powerhouse, so moving up the ladder in the Big Ten will require careful implementation of a strong culture and a slow grind on the recruiting trail to go along with use of the transfer portal.

The Shrewsberry era at Penn State likely won’t start off with a bang, but it has the potential to grow into one of the more successful ones in university history if the new head man can follow in the footsteps of his counterpart in the same building.

5 things to watch for in Penn State sports this weekend

Tanyon Loose is a men's and women's basketball reporter for The Daily Collegian. He is a sophomore studying biology with a minor in economics