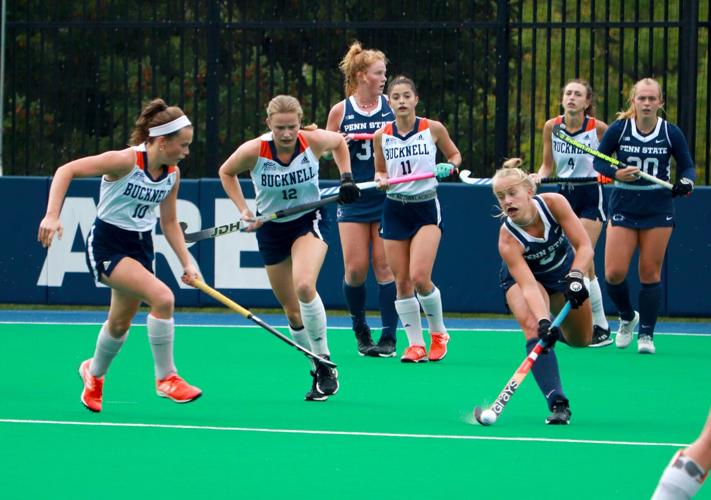 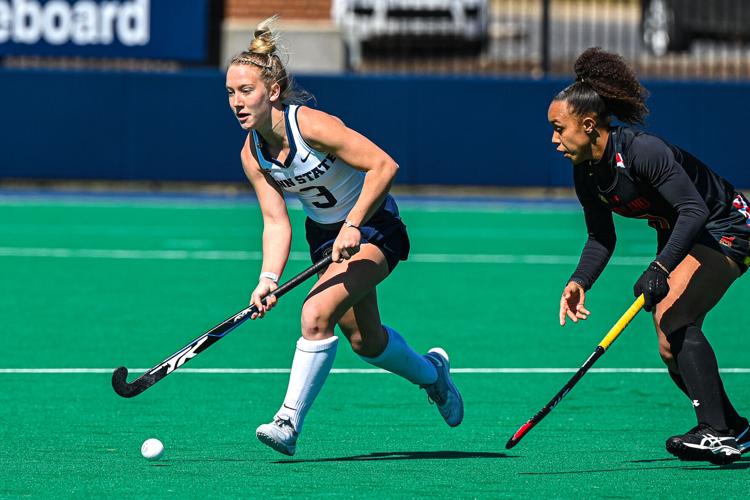 Two powerhouse programs clashed Friday afternoon to start the season and Penn State came out victorious beating Virginia 3-2 in an instant classic. The Nittany Lions prevailed thanks to a last minute goal by Sophia Gladieux.

The Junior forward was able to achieve redemption after a goal of hers was overturned in the first half. Gladieux seemingly broke the ice in the opening minutes of the game, but the goal was reversed because the shot was ruled to be too high.

A theme for Friday night's contest was calls getting overturned as Penn State had a goal called back on two separate occasions.

“It was definitely frustrating,” Gladieux said. “I just had to have the mentality that if it doesn’t count, let it go — we will get it back.”

Friday’s performance showed Penn State can go toe-to-toe against any team in the country and that this team won’t go down without a fight.

The Nittany Lions were able to come back after falling behind twice, and overcame a pair of calls that did not go their way. It was a resilient effort from Penn State.

“You know what, this team has a lot of grit. They have a lot of heart. They play so hard together,” coach Morett-Curtiss said. “I don’t think there is ever a thought in their mind they can’t come back.”

It was a matchup of different playing styles. The Nittany Lions love to get out and run, while the Cavaliers play was slow and more methodical. Virginia plays outstanding defense and knows how to keep their structure.

The blue and orange is a program that demands excellence. The Cavaliers were runners up in the ACC Championship game a year ago, narrowly falling to North Carolina 1-0.

Virginia and Penn State are no strangers to each other. Friday’s matchup was the 15th time in 16 seasons the two squads faced off. The history behind the matchup makes this win special for the Nittany Lions.

“Being able to be 2-0 for me personally is definitely exciting,” Gladieux said. “Feels good to beat a high level team like that.”

At the start, both teams seemed to feel each other out. After a long offseason,neither offense was operating at peak efficiency until later on in the match.

However, for most of the contest Penn State seemed like the better squad — even though the two teams were seemingly even on paper. The homefield heroes were getting more chances on the offensive end and beating Virginia at its own game — dominating the time of possession.

“I think getting the ball to the corners and attacking the corners worked out well for us,” Morett-Curtiss said.

For most of the second half, the Nittany Lions were constantly knocking on the door, but the scoring wouldn’t open up until the final minutes.

Coach Michle Madison from Virginia is in her 17th season and her team showed an immense amount of composure in a hostile environment to start the season.

For the most part, the Cavaliers did a stellar job of stopping the Nittany Lions out in transition. However, the difference maker in this game was blue and white’s ability to keep the pressure up and as a result they had six more shots on goal.

After multiple chances before halftime, Penn State finally broke through. Meghan Reese provided the spark and the first goal of the season for the blue and white. Later on Jemma Punch started the rally for the Nittany Lions and tied the game at two apiece late in the 4th.

Friday’s win can go a long way to start the season, setting the tone for the rest of the year and showing the country that the No.11 team in the nation isn’t to be taken lightly.

Penn State will be back in action this Sunday against Lousiville at noon. The Cardinals are another very good program and should be a very tough test as well.

The matchup will be another home affair for the Nittany Lions, as they look to improve to 2-0 on the young season in front of the Penn State faithful.

Penn State opened its season Friday with a home game against the University of Virginia.

The Nittany Lions looked to build on their momentum from Friday night's big victory, but the Cardinals showed why they are the No. 9 team in t…