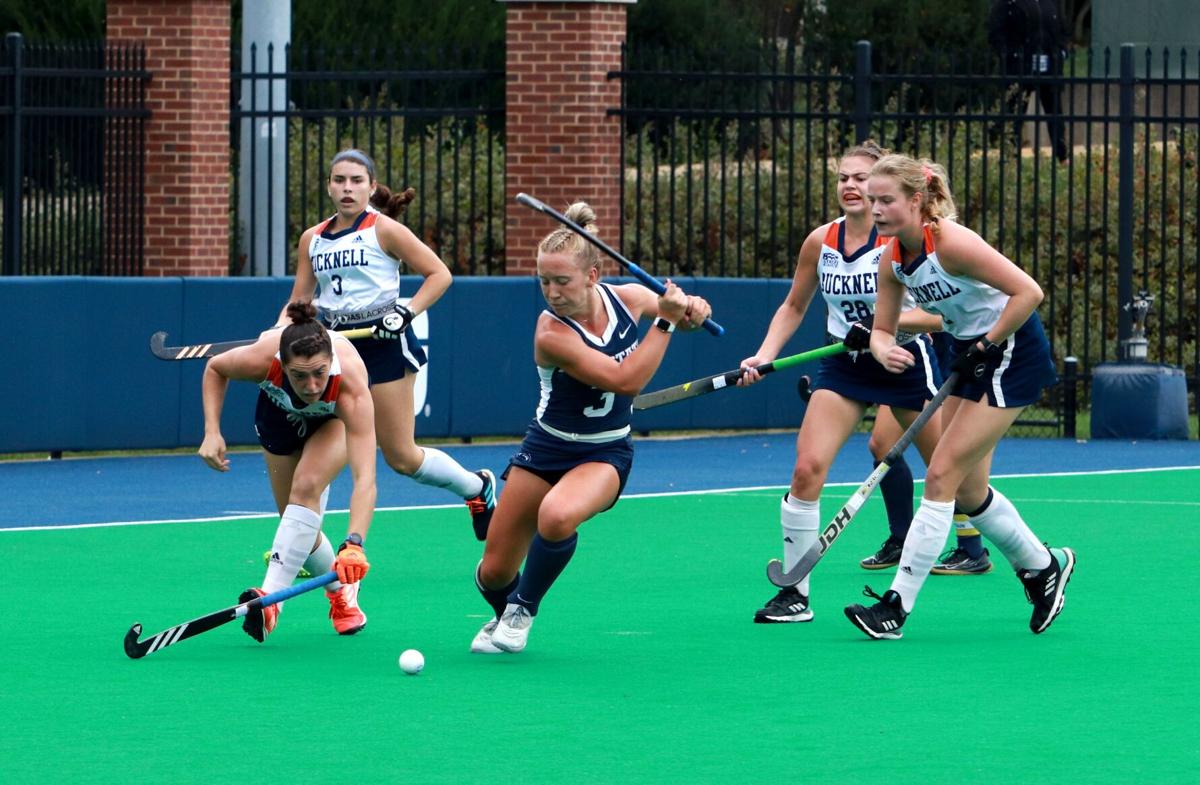 While entirely surrounded by her opponents, midfielder Sophia Gladieux (3) winds up to drive the ball into the goal during the the Penn State field hockey match against Bucknell University on Saturday, Oct. 9, 2021, at the Penn State Women's Field Hockey Complex. Penn State beat Bucknell 4-1. 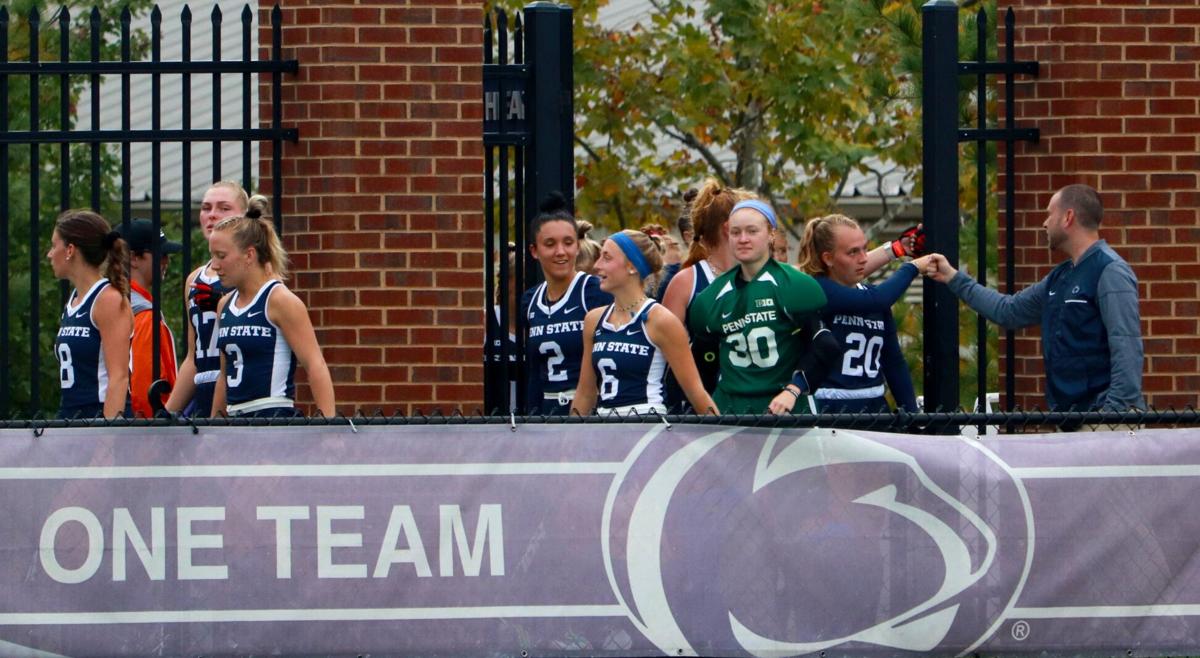 No. 7 Penn State found a way against No. 2 Michigan in a thrilling, five-goal affair to end the regular season on a win.

The Nittany Lions defeated the maize and blue 3-2 in overtime on Friday night after three goals were scored in the last 10 minutes to take the game past regulation play.

Spisak’s goal came in the second half of the encounter, tipping the ball in off of a cross-goal assist from her teammate senior defender Anna Simon to give the Nittany Lions a 1-0 lead after halftime.

The Wolverines answered by tying things up in the final quarter of play. Freshman midfielder Alana Richardson knocked it into the back of the cage to put her team on the board.

It was senior midfielder Sofia Southam’s goal late in the fourth quarter with less than three minutes to play that led the Wolverine’s to their first lead of the game.

Sophomore midfielder Sophia Gladieux tied things up for the Nittany Lions in the final minute of play to force overtime.

The winning goal came from junior midfielder Mackenzie Allessie for the Nittany Lions in overtime to lead her team to defeat the No. 2 Wolverines.

As the victory concludes the regular season for both teams, the blue and white will next appear in the Big Ten tournament which kicks off next week in Piscataway.

Back and forth game

Michigan and Penn State did an equal effort in stepping to the ball and intercepting one another’s passes. This was a common theme of play during the intense first half of the encounter.

Although these plays were common on Friday in forcing turnovers, neither team was able to convert once getting to the opponents defensive line.

Both Michigan and Penn State’s defensive lines had efforts in the result of a scoreless game heading into halftime.

The Nittany Lions had one shot in the first half of play that came during their only corner opportunity in offensive pressure, but the home team faced difficulty in front of the maize and blue’s defense.

On the other side of the field, the Wolverine’s offense was tested by the sturdy Nittany Lions’ defense. Michigan had three shots heading into the half with two corner opportunities.

The hard-fought possession battle from both squads in Friday’s encounter was directly reflected in the final score.

The Wolverine’s secured a lead in Friday’s matchup off of a penalty corner goal in the final minutes of duration.

Southam’s goal came with three minutes remaining in regulation, giving the Wolverine’s hope in closing out the win.

The Nittany Lions didn’t give up and found the back of the cage with just a minute remaining in the encounter to put the final regular season game in overtime.

Penn State concluded its regular season against No. 2 Michigan in a crucial game on a rainy Friday night in State College.

Madyson Cioni is a field hockey reporter for The Daily Collegian. She is a senior studying broadcast journalism with a minor in sports studies.