You are the owner of this article.
Edit Article Add New Article
You have permission to edit this article.
Edit
Home
Latest
News
Sports
Football
Opinion
Lifestyle
Multimedia
Join
Subscribe
Share This
Field Hockey • Click for more stories •
1 of 3 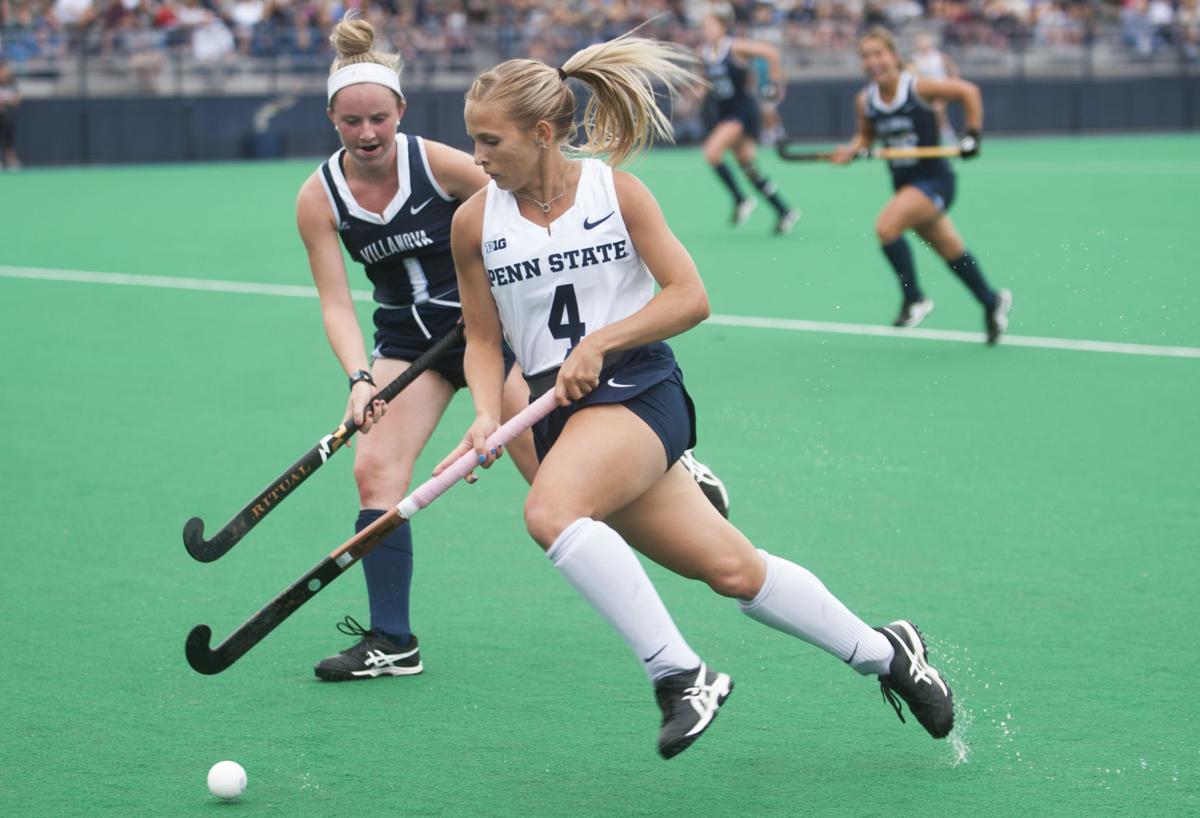 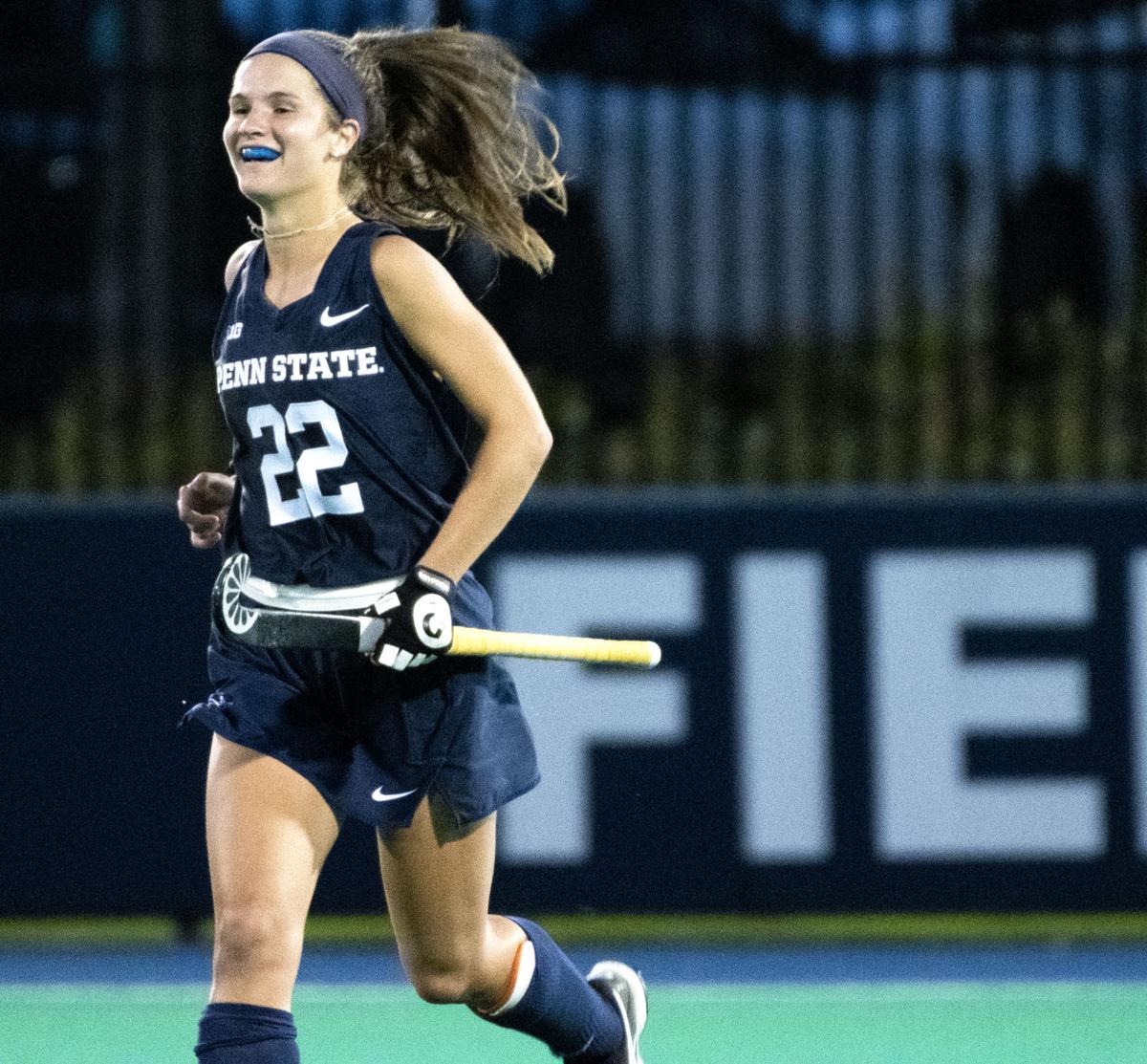 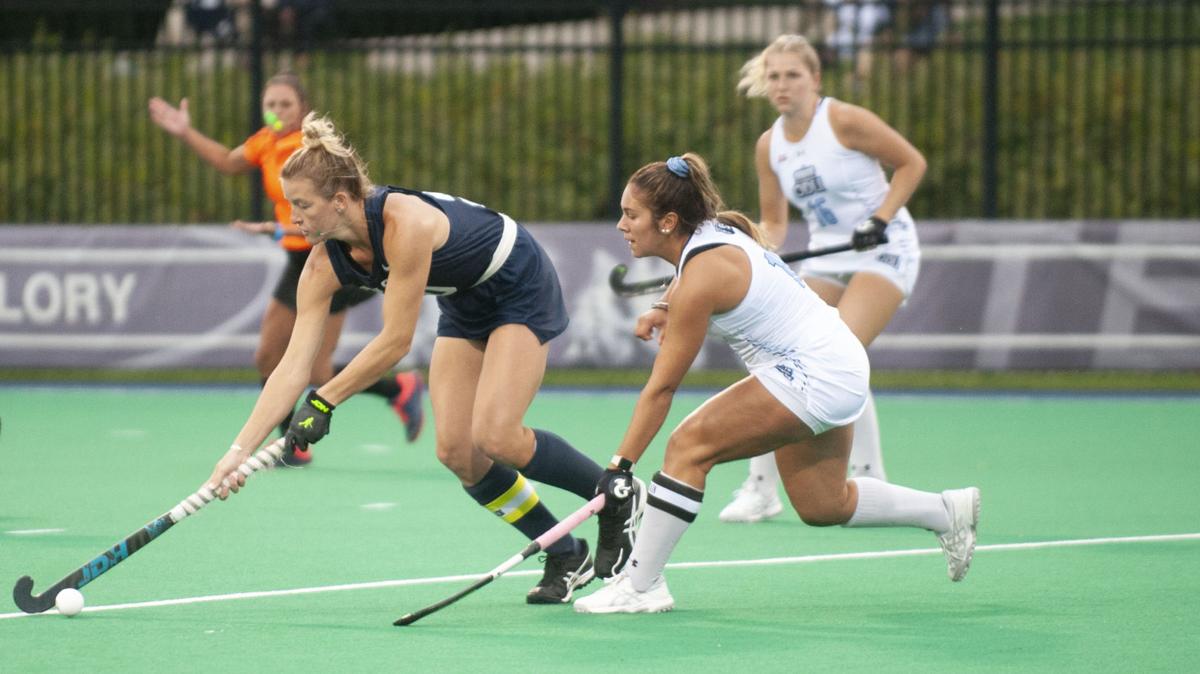 Captain Madison Hutson (20) controls her dribble as she prepares to pass the ball during the home opener against Old Dominion at the Field Hockey Complex on Friday, Sept. 13, 2019. Old Dominion defeated No. 17 Penn State 2-1.

For coach Char Morett-Curtis, allowing her players to step in and select effective leaders on the team has resulted in strong levels of team growth and team chemistry over the years.

After all, the chosen captains have the opportunity to represent the team’s voice and values to the fullest, and no one understands that more than their own teammates.

So while Morett-Curtiss could step in and pick captains herself, she ultimately leaves it up to her players.

”When we decide to vote for captains each season, we talk to the players about what type of qualities they’re looking for in a leader,” Morett-Curtis said. “We tell them to vote for two players and write down why you feel they would be strong captains and leaders for this team.”

For the 2020-21 season, the team selected seniors Abby Myers, Emma Spisak and Madison Hutson as its captains.

“A lot of what we [heard about the three captains] is that they're very approachable and committed,” Morett-Curtiss said. “They're very respectful, honest and take a lot of pride in the program. They're great representatives of our team on campus.”

A former Nittany Lion captain herself and coach of 34 years, Morett-Curtiss said these three seniors are among the best captains she’s ever had in her program.

“I've had 1,000 captains in the time that I've coached, and I would absolutely say these three are right up there as some of the best — especially for what we've had to go through,” Morett-Curtis said. “These three have really been committed from day one.”

Morett-Curtiss raved about the trio’s fitness and said they never fail to express selfless attitudes toward the game and their teammates.

“They put the team first,” Morett-Curtiss said. “I think that is probably the most important quality that they all have. They all feel they want to be a part of a championship team, and they recognize it takes a whole team to accomplish that, not just themselves.”

Spisak shared how she has grown close with Myers and Hutson, or “Hut” as she was referred to by Spisak, even though their leadership styles differ.

"I am really happy because I think our bond as a team is just as strong," Spisak said. "We're all sisters. And even before this, Hut, Abby and I were very close."

Each one of the three captains took a DiSC test, which showcases different qualities of an individual’s leadership skills, and according to Spisak, there were differences aplenty between her and her fellow comrades.

“I think that brings a whole other element to the captains that's really positive,” Spisak said of the differences. “We all mesh and get along really well together.”

Morett-Curtiss agrees with Spisak regarding the rapport and the differences between her leading three players.

"They all see things a little differently, but I think they get to the same solutions when there are different challenges that are brought to the team,” Morett-Curtiss said. “I think when I talk so enthusiastically about how impressed I am with [the players’] energy, it really starts with these three. They get the team going.”

With so much uncertainty previously surrounding the fall sports season, which is scheduled for spring 2021, Spisak recognized how her position as a captain may change with altered responsibilities.

“I think especially right now, since we're not competing, it’s about being there for people — whether that’s mental health, physical health or just supporting them anyway we can,” Spisak said. “And especially just trying to keep that competitive spirit alive, when we're not actually playing games against other people.”

Spisak draws inspiration for her new role from multiple sources, including Penn State alumnaes Katie Dombroski and Jenny Rizzo, both whom she referred to as “people I could always look up to,” and “very loyal to the team and very motivational.”

While Spisak said today’s climate is “crazy right now,” she and her counterparts will make the most of this opportunity in their final season representing the blue and white.

Alexis Yoder is a sports reporter and podcaster for the Daily Collegian. She is a sophomore studying broadcast journalism.