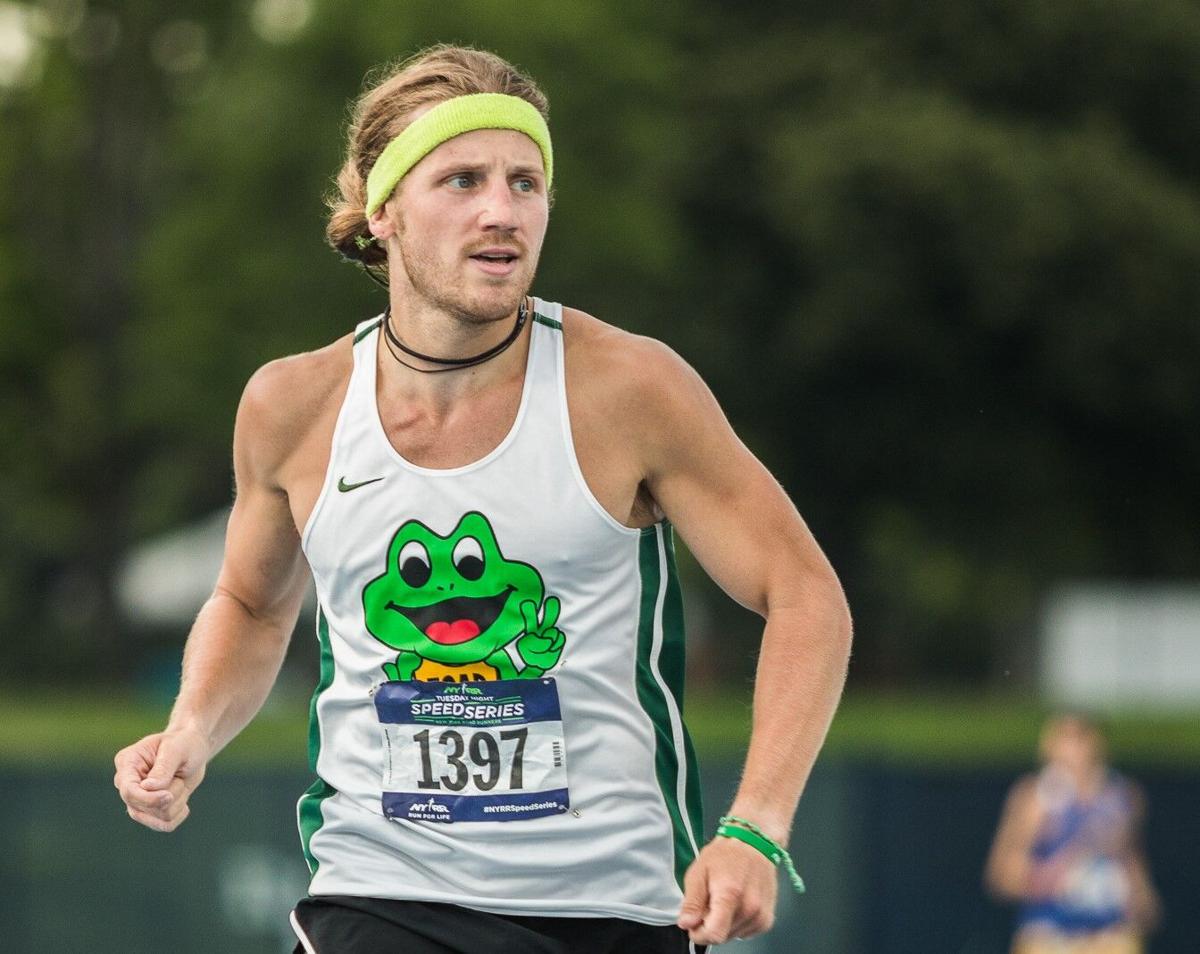 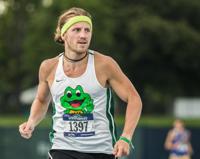 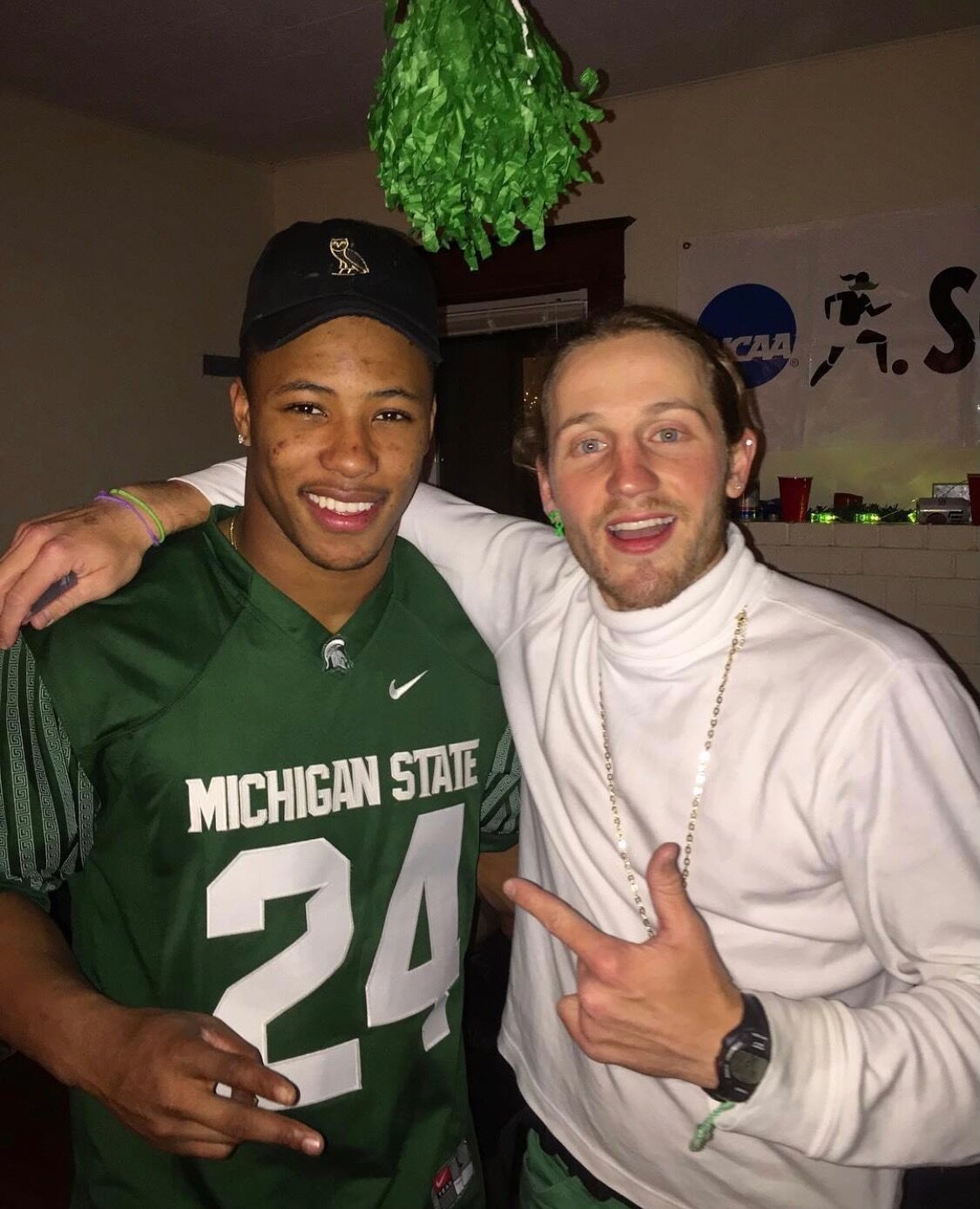 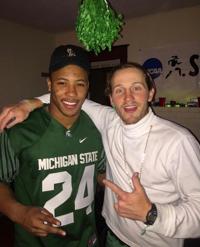 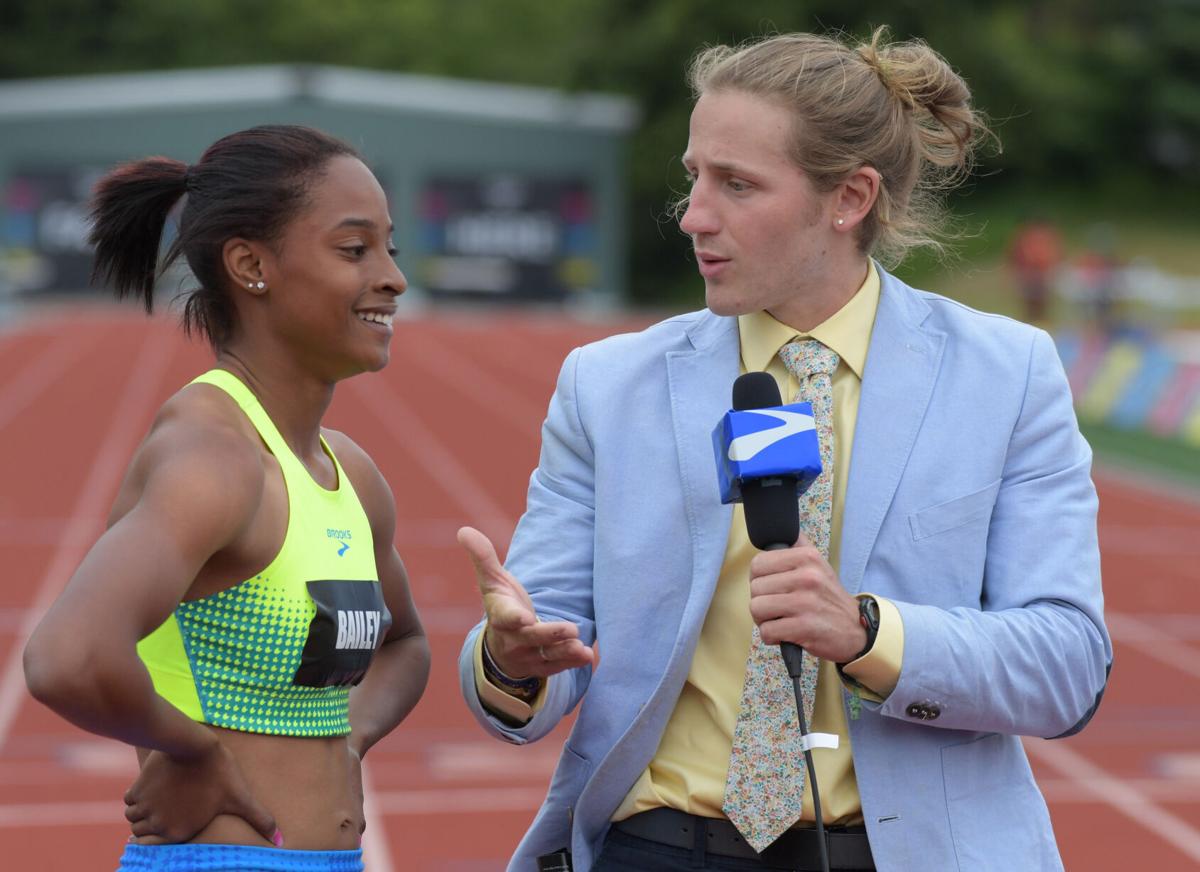 Billy Cvecko’s friends know him as “the most interesting man in the world,” the running community knows him as “The Toad,” but to himself he’s a “professional life-liver and people-meeter.”

Throughout his life, he has only wanted one thing: eternal happiness.

Cvecko, with his signature long brown hair and fu manchu mustache, looks like a regular at a Grateful Dead concert rather than the face of a growing Nike running campaign.

With enough energy to power all of Penn State’s campus WiFi, Cvecko doesn’t let things bring him down.

He credits his endless energy to his lifelong “Toad Lyfe” mentality, now the name of his website and brand.

Originally a nickname given to him by his dad, “Toad” has become all that Cvecko is. The name and symbol has motivated and helped him overcome barriers throughout his life.

With his father ill with cancer, Cvecko needed extra inspiration when trying out for Penn State’s track and field team his junior year. He ran the 800-meter dash for his first two years of college at Penn State Behrend in his hometown of Erie, Pennsylvania.

But after transferring to main campus, the Nittany Lion coaches wanted him to try out for the 8K event in cross country, a five-mile race.

With his dad in mind, Cvecko decided he would take his old nickname and bring it to life, sporting a customized “toad” singlet that would help him finish fourth in his tryout and earn a spot on one of the top teams in the nation.

After making the team in his custom singlet, Cvecko quickly became known as “The Toad” to his teammates. Then, before he knew it, Cvecko’s persona as “The Toad” became well-known in Happy Valley.

People started giving him toad pens, sketchbooks, and coffee mugs. Some would even leave toad gnomes and other toad memorabilia and on his porch on weekends.

Conrad Lippert, one of Cvecko’s roommates and cross country/track and field teammates, remembers how Cvecko’s popularity grew at Penn State.

“Billy’s persona was captivating, energetic, triggering, boundlessly enthusiastic and loving,” Lippert said. “If there were 40,000 students on Penn State’s campus, he knew 42,000 of them and the lunch ladies.”

In one instance, Cvecko even had a run-in with an All-Big Ten football player.

Anthony Zettel, now a member of the New Orleans Saints, quieted the room of a party after Penn State had played Michigan State and said: “You’re not a true Penn Stater if you don’t know Joe Marvin or Billy Cvecko.”

Marvin was a long snapper on the football team and a “big presence on campus because of his fun loving, good vibe energy,” according to Cvecko.

Cvecko’s first internship as a film-video major came as a camera crew assistant, which had him going through video footage from the football team, specifically working with highlight clips.

After his first internship, Cvecko began working as a videographer and editor for Penn State Athletics his senior year, for whom he would record sound bites and film highlights for sports like soccer and volleyball.

It was with Penn State Athletics that Cvecko was recognized for his outside-the-box thinking.

Once, he was praised for inserting a GoPro into a soccer goal before a game. During the game, the GoPro was actually hit with the ball, producing what Cvecko calls “the coolest shot ever.”

While it may seem like a small feat, this type of critical thinking and creativity would become a constant for Cvecko as his career began to take off.

After graduating Penn State in 2014, Cvecko went on to get his master’s degree from Syracuse University, where he used his fifth year of NCAA eligibility to run for its track team.

Cvecko then landed his first job, working with Fox Sports San Diego after interning for three months with the network.

After a 5-month stint with Fox Sports, working mainly as a behind-the-camera guy, Cvecko moved to Pittsburgh where he also worked behind the camera as an intern with Root Sports.

It wasn’t until he landed a job with FloTrack, a track and field media outlet, that Cvecko was able to truly showcase his character and creativity.

At the time, FloTrack had Cvecko doing the company’s own variation of SportsCenter’s Top 10, where they would highlight the top ten races of the week.

However, Cvecko hated the project.

He thought it was “horrible” and couldn’t see how the audience could be enjoying the videos if he wasn’t enjoying making them.

“I told them they were really not fun for me to make,” Cvecko said. “So, I could imagine the people watching them didn’t like them.”

This prompted Cvecko to give FloTrack a new idea: make the videos fun.

Cvecko suggested that instead of doing these videos in front of a green screen — as the outlet had done in the past — he would go to the meets and do all sorts of outrageous acts, like jumping out of trees or jumping into water pits prior to interviewing the athletes.

Before Cvecko started doing the videos his own way, FloTrack was bringing in around 5,000 views a week. But after eight months of Billy being Billy, it was getting over 250,000 views a video, and Cvecko started becoming known as a true celebrity in the running world for his electrifying energy and high-spirited interviews.

“The kids just bought into the fun,” Cvecko said. “If it’s not fun, it’s not worth it.”

Cvecko now works as a freelance creative director while continuing to do his own interviews across the country, making material for his social media. He also serves as the host of Nike Cross Virtual, a virtual cross country season designed to encourage high school runners to keep racing during the coronavirus pandemic.

And while Cvecko doesn’t want to stop working in the running industry, he would love to work with other sports and bring his energy to an expanded audience.

Colin Baker, another former roommate and teammate of Cvecko’s, said he’s the same genuine guy that he was in college — maybe now just slightly more focused on his professional goals.

“He loves meeting people and there is no length he won’t go to in order to support his friends,” Baker said. “The toad brand is a pure reflection of him, and what he has built is pretty incredible.”

Decked out in sunglasses, numerous pieces of toad apparel and a gold jacket, Cvecko does his work with style and he does it his way.

“I’m just myself and I don’t care what anyone thinks,” Cvecko said. “If people think I’m weird, well then okay, let them remember me as a weird guy.”

Even with his constant travel and heavy workload, Cvecko still finds a way to stay happy. After all, being happy is his main goal in life.

So far, Cvecko has lived in Austin, Texas, New York City, San Diego and Pittsburgh since graduating college, but has taken his Happy Valley mentality — one similar to Toad Lyfe — everywhere he goes.

“Penn State to me is life and happiness,” Cvecko said. “Every day I encompass the Happy Valley vibes to try to bring them to the rest of the world.”

Anna Camden’s TikTok fame came as a surprise to her.

Penn State’s recent run-in with the coronavirus may have come with a silver lining for the program.

While spring practice has been a constant grind according to James Franklin, Penn State was able to blow off some steam on Wednesday with one of its favorite visitors in town.