Penn State had its name called to compete in the NCAA Regional Championships during Monday's selection show.

MORGANTOWN BOUND! The Nittany Lions have been selected to compete in the Morgantown Regional of the NCAA Women's Gymnastics Championship. We will take on West Virginia in a dual meet on April 1 #WeAre pic.twitter.com/3kLa4pg2Uq

The Nittany Lions were one of nine teams chosen to travel to Morgantown, West Virginia for the regional championships. Among the blue and white's competition is UCLA, the 2018 national champions.

Sophomore Cassidy Rushlow has been selected as one of three all-around competitors in Penn State's region alongside two fellow Big Ten gymnasts in Hannah Joyner and Belle Huang from Rutgers.

The regional championship will start on Thursday, April 1 in Morgantown through Saturday, April 3.

For the first time since Week 6 of 2018, Penn State will be entering a match unranked. 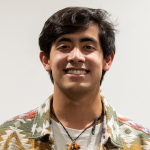 Luke Vargas is a columnist for The Daily Collegian. He is a junior studying digital and print journalism, Spanish and global studies with a certificate in sports journalism.