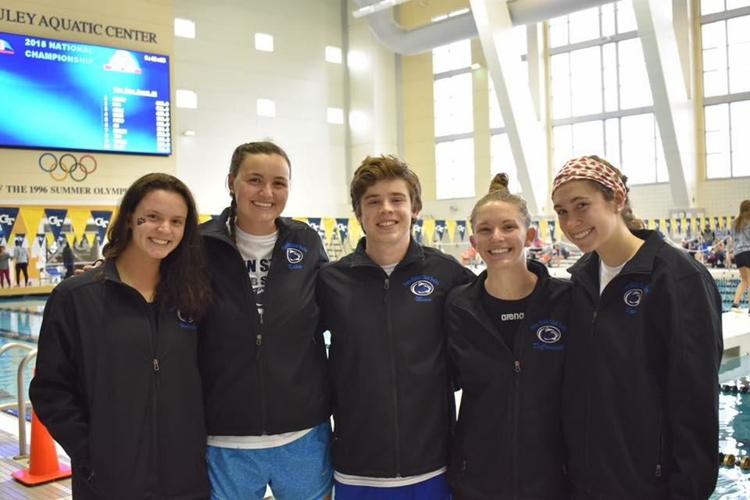 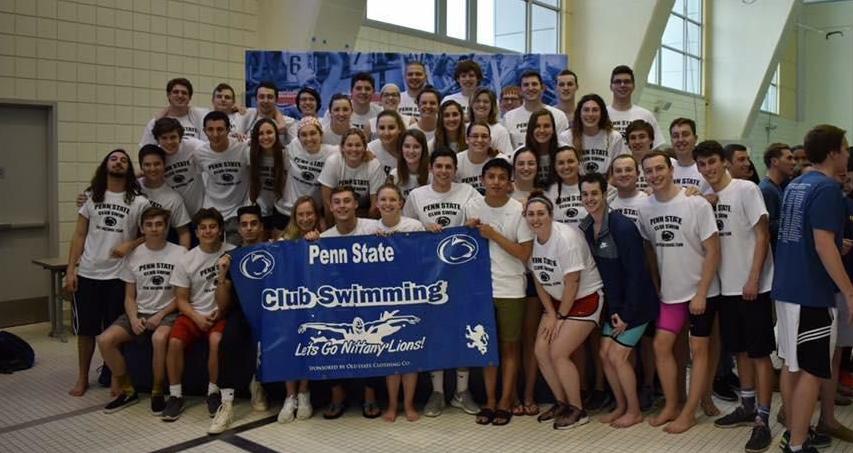 The Club Swim members who traveled to nationals pose for a picture after finishing the meet in 12th place. 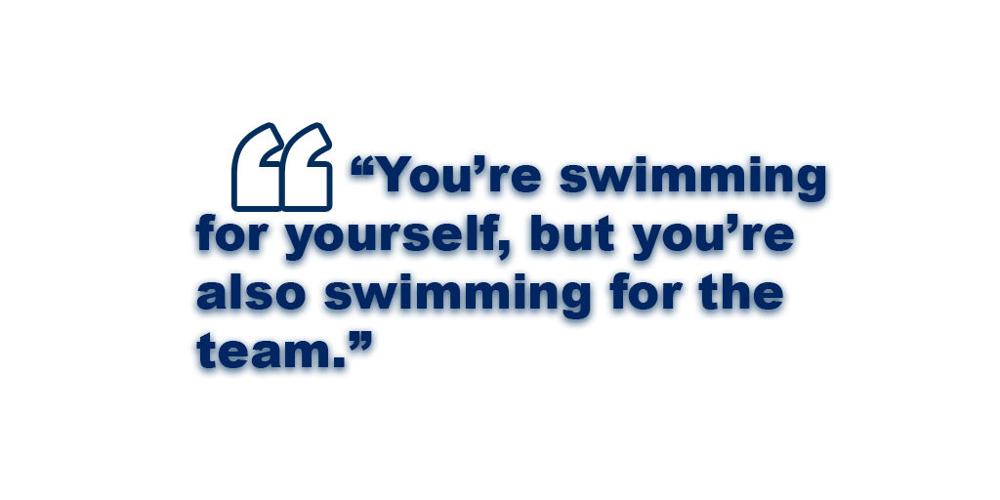 As cliché as that might sound, that is how Lauren DeCrescente and Maddie Hendricks described their experience with Penn State Club Swimming.

The team consists of about 200 people, all ranging in skill level and commitment to the sport. Some swimmers attend practice simply to get a study break or get their daily exercise, but others train all season for their biggest meet of the year.

Collegiate Club Swim and Dive Nationals is a meet that the majority of the collegiate club swim programs participate in to finish out their season. Over 100 teams were in attendance and the swimmers from Penn State finished in 12th place overall.

DeCrescente (senior-supply chain management) served as the president of the team this season and was proud of all the effort the swimmers and her fellow officers put forth leading up to the trip.

“Nationals is the culmination of the entire year and we’ve had a lot of people working really hard this entire season,” DeCrescente said. “It was exciting to see people have good races and finishing in 12th out of over a hundred teams is a huge feat.”

As president, it was her job to make sure the trip went smoothly and help the other officers if needed.

Hendricks (junior - public relations) was the meet coordinator, so it was her job to make sure the entries were in with the correct times. David Means (sophomore - computer science) was the treasurer for the team and he needed to make sure the checks were sent to the hotels and to the meet director.

Claire Kelley (junior - early childhood and elementary education) acted as the secretary this season and organized the meals for the team during the weekend. And Kate Main (sophomore - English and communication arts and sciences) was the vice-president and took charge of booking the hotels.

“We are all doing things at different times,” DeCrescente said. “But it all meshes together to create a successful nationals trip.”

Penn State had several swimmers compete in finals, and a few team records were broken in the process.

Carly DelFranco broke the women's 200 backstroke team record over the weekend and was also the team's overall highest point earner.

Austin Zelko (senior-kinesiology) broke the men’s 50 butterfly team record, while Aaron Pullen (sophomore-security and risk analysis) was the team’s highest point earner on the men’s side.

“As someone who made it to finals, I know for sure I would not have been able to get there without my team backing me up,” Hendricks said. “The team really contributes to how you do, for sure.”

As much as swimming is an individual sport while racing, it is a team sport outside of the pool. Team success comes from a combination of individual efforts, on and off the pool deck.

“Swimming is great because it is very individually motivated,” DeCrescente said. “You’re swimming for yourself but you’re also swimming for the team, and you want to help your team get the most points as possible.”

The team practices several times a week and travels to meets throughout the year, so the there is plenty of time to get to know your teammates in and out of the swimming atmosphere.

“As a senior and as president this year, Club Swim has been my entire life since I joined freshman year,” DeCrescente said. “This being my last swim meet ever, and my last one with Penn State, I knew it was going to be emotional.”