Despite a first-round loss in the Big Ten Tournament, Penn State defender Jalen Watson was named to the Big Ten All-Tournament team on Sunday.

Despite not scoring a single point all season, Watson was a key contributor for the blue and white on the back line.

With the loss to Indiana on Nov. 4 in the quarterfinals of the Big Tournament, Penn State sits at 6-6-4 on the season ahead of the NCAA Tournament selection show.

The Nittany Lions will need an at-large bid to make the big dance after falling short of a second straight conference champion.

The 2022 season didn’t go as planned for Penn State. 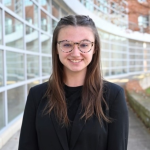 Phoebe Cykosky is the features and investigations editor for The Daily Collegian. She is a senior majoring in criminology and English with a minor in comparative literature through Schreyer Honors College.