Losing four of your last five games is never ideal, but doing so in the fashion Penn State has is an even tougher pill to swallow.

The Nittany Lions lost by double digits in two of those four losses, failing to score more than one run in two and were shutout in one.

While both sides of the ball may be partly to blame in those losses, at the very least the offense saw major improvements in its most recent series.

Averaging six runs a game against the stout pitching staff of Rutgers, who ranks second in the Big Ten in team ERA, is no small task.

Coach Rob Cooper said after Saturday’s loss his squad can be even better offensively moving forward.

While the offense has been far from great, pitching has been the biggest problem for the Nittany Lions.

The team’s 5.89 total ERA is poor enough for 10th in the conference through 22 games.

Moreover, the blue and white allowed an astounding 20 runs in a game it needed to win to take the series against its first conference opponent.

Whether the pitching staff improves is yet to be decided, but the Nittany Lions may get their answer with an action-stacked stretch ahead.

Five games, six days, three different teams — here’s a brief look at what to watch out for against each of Penn State’s upcoming opponents.

Penn State will open its slew of games against an in-state rival.

Pitt sits at 12-10 on the season thus far, with two wins over No. 20 Clemson in its most recent series.

The Panthers have shown flashes of dominance on both sides of the ball this season, but their pitching staff ranks near the bottom of the ACC.

The stark difference in level of play should be considered, though, when comparing offensive success between teams in the Big Ten and the ACC.

Pitt ranks ninth in the ACC in batting average, but put its .291 average in the Big Ten, and it’d sit at second in the conference just behind Rutgers.

One battle to watch is between the junior starting catchers for each squad.

Pitt’s Tatem Levins and Penn State’s Matt Wood both lead their squads in RBIs on the year.

Penn State softball to clash with Bucknell, looks to bounce back after pair of conference losses

The past is the past, and so is Maryland.

This is the blue and white’s feeblest opponent to date.

St. Bonaventure is winless on the season and has struggled heavily on both sides of the ball through its first 14 games.

The Bonnies played two of their closest contests in their first couple of games, falling in 10 innings in their opener before losing by three runs the next day.

Since then, the Atlantic 10 squad has lost by seven or more scores in nine of its last 12 games.

Ranking last in its conference in team ERA, St. Bonaventure has allowed a whopping .346 batting average to its opponents on the campaign.

This should be a major boost for the blue and white, regardless of the circumstances.

Whether it needs a bounce back win or to continue some momentum ahead of a Big Ten road matchup, the Nittany Lions shouldn’t struggle with the Bonnies.

Maryland will provide Penn State with its toughest test this weekend in a three-game series.

The 18-5 Terrapins rank near the top of the Big Ten on both sides of the ball but are particularly stout on offense.

Furthermore, the Terrapins are undefeated at home this season, holding a 9-0 record in College Park.

At a glance, Penn State’s chances don’t look great, but its past suggests that crazier things have happened.

The Nittany Lions took a game from a different top Big Ten team on Friday, using its offense to fuel the upset.

If it wants to pull off something similar this coming weekend, the blue and white will likely need a similar performance from its hitters. 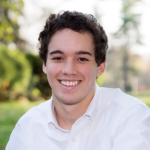 Andrew Buckman is the sports editor of The Daily Collegian. He is a senior majoring in broadcast journalism with a minor in political science.