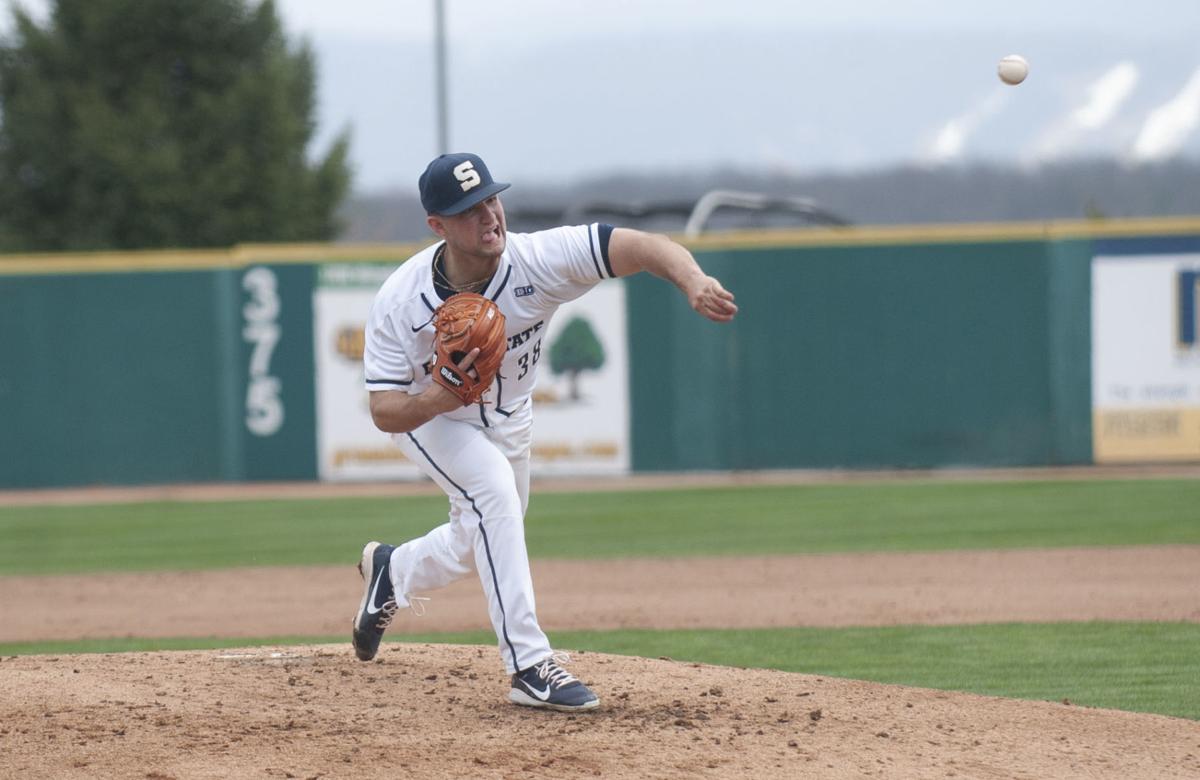 Dante Biasi (38) follows through his pitch during the baseball game against Nebraska at Medlar Field on Friday, April 12, 2019. Nebraska defeated Penn State 3-2. 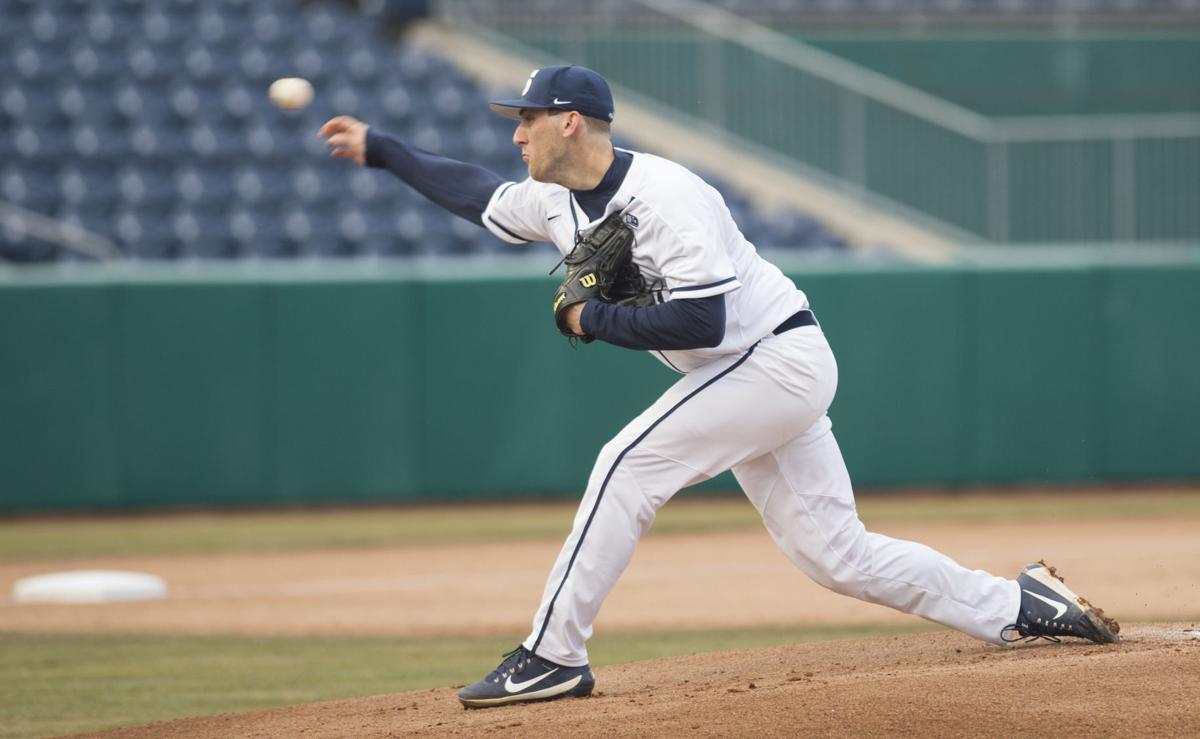 Justin Hagenman (31) throws a pitch during the game against Purdue at Medlar Field on Friday, March 30, 2018.

In Penn State’s program history, 58 players have been drafted into the major leagues since 1965.

While there haven’t been a ton of former Nittany Lions that have been privileged enough to wear the uniform of one of the 30 MLB teams, there has always been a large Penn State presence in the minors.

Here’s a look at how seven former Nittany Lions are faring in their journeys to the big leagues.

Jack Anderson was drafted in the 23rd round of the 2016 draft by the Seattle Mariners and quickly proved he had the makeup of a professional ballplayer.

Currently with Seattle’s Double-A team, Anderson is experiencing one of the less-successful years of his career. After putting up a 1.50 ERA in 2019, his numbers have fallen to a 4.76 ERA in 39.2 innings in 2021.

The second member of Penn State’s 2016 draft class, Jim Haley was selected in the 19th round by the Tampa Bay Rays.

The former Nittany Lion infielder has bounced around between teams and levels of the Rays organization throughout his career, but he has always provided some offensive reliability with a .328 on-base percentage and 76 stolen bases.

In Double-A this season, Haley seems to have added some more power to his game, hitting 10 home runs to go along with 12 stolen bases. However, his batting average has dropped from the .280s in 2019 to .218 this season.

Selected by the Los Angeles Dodgers in the 23rd round of the 2018 Draft, Justin Hagenman added to the growing list of Penn State pitchers playing in the minor leagues.

Currently in Double A, Hagenman has put up a strong 3.14 ERA to go along with 60 strikeouts in 48 innings pitched. He also boasts a 6-3 record, and he could be a prime candidate for a call-up from the Double-A squad.

Another pitcher drafted out of State College, Eric Mock was taken in the 25th round of the 2019 draft by the Cleveland Indians.

In his career, Mock has a 4.84 ERA in 70 innings, but he’s recently bounced around in the Cleveland organization.

Mock has spent time with three different affiliates for the 2021 season, but he was promoted to the Double-A Akron RubberDucks in late June. He’s currently on the injured list but has put up a 4.67 ERA with Akron.

A catcher, right fielder and first baseman, Ryan Sloniger was selected by the Toronto Blue Jays in the 38th round of the 2019 draft.

However, his baseball career recently came to an end. Sloniger announced via his Instagram on June 23 that he was retiring.

In his two seasons, Sloniger recorded an .819 OPS and a .251 batting average to go along with 12 home runs.

Dante Biasi was selected in the sixth round of the 2019 draft by the same organization that took his brother Sal in 2017, the Kansas City Royals. Sal is no longer with the organization, but Dante seems to have hit his stride recently.

In his first season in the Royals system, the left-handed pitcher recorded a 2.50 ERA in 18 innings and landed with the High-A Quad Cities River Bandits for 2021.

In his current role, Biasi has posted a 3.29 ERA in 52 innings while striking out 59 batters. He’s added two saves on the year and was part of a combined no-hitter in June.

Jack Flanagan is a general sports reporter at The Daily Collegian. He is a senior majoring in broadcast journalism with a minor in history.