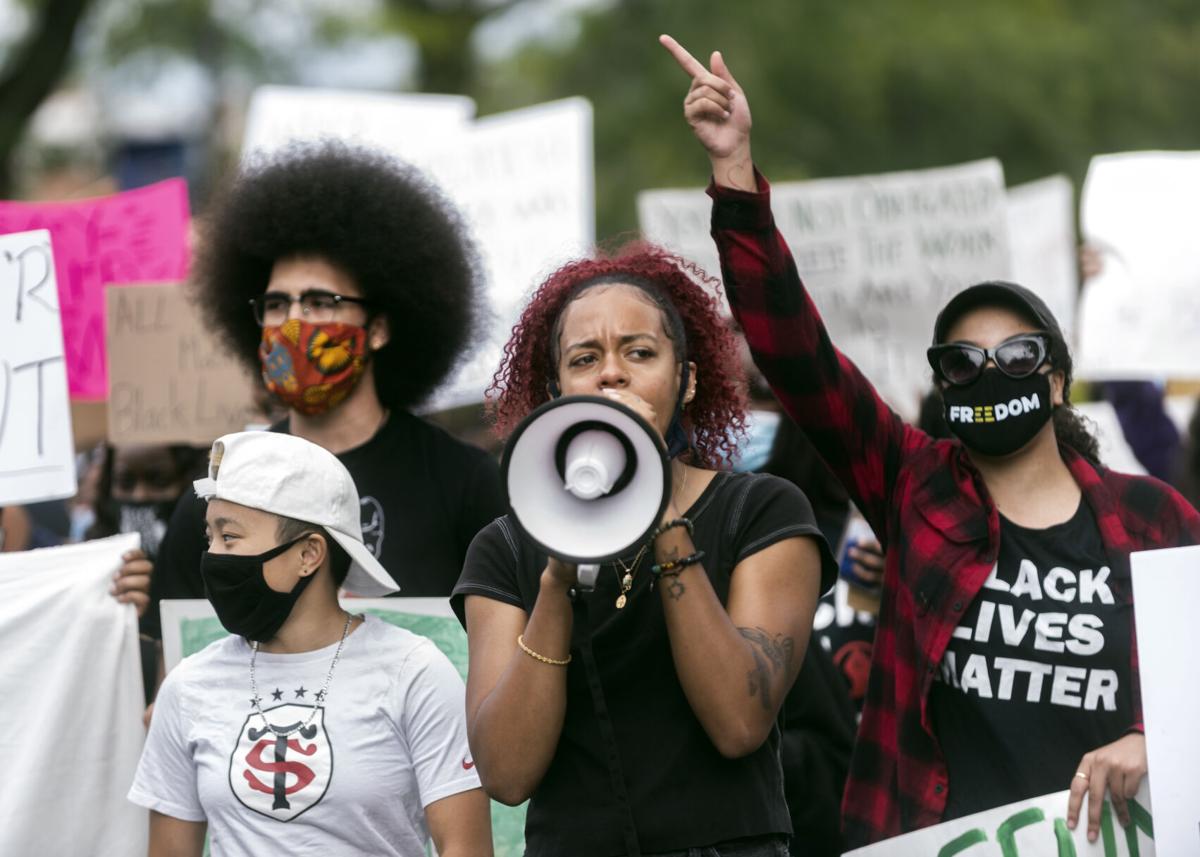 Audra Koopman (senior-kinesiology) starts the chant and leads the march at downtown State College, Pa., on Saturday, Sept. 26, 2020. Koopman is a long jumper for Penn State track and field. The protest — held by the 3/20 Coalition, Black Caucus and Black Students Athletes — started at the Allen Street Gates then circled around Beaver Avenue and College Avenue. 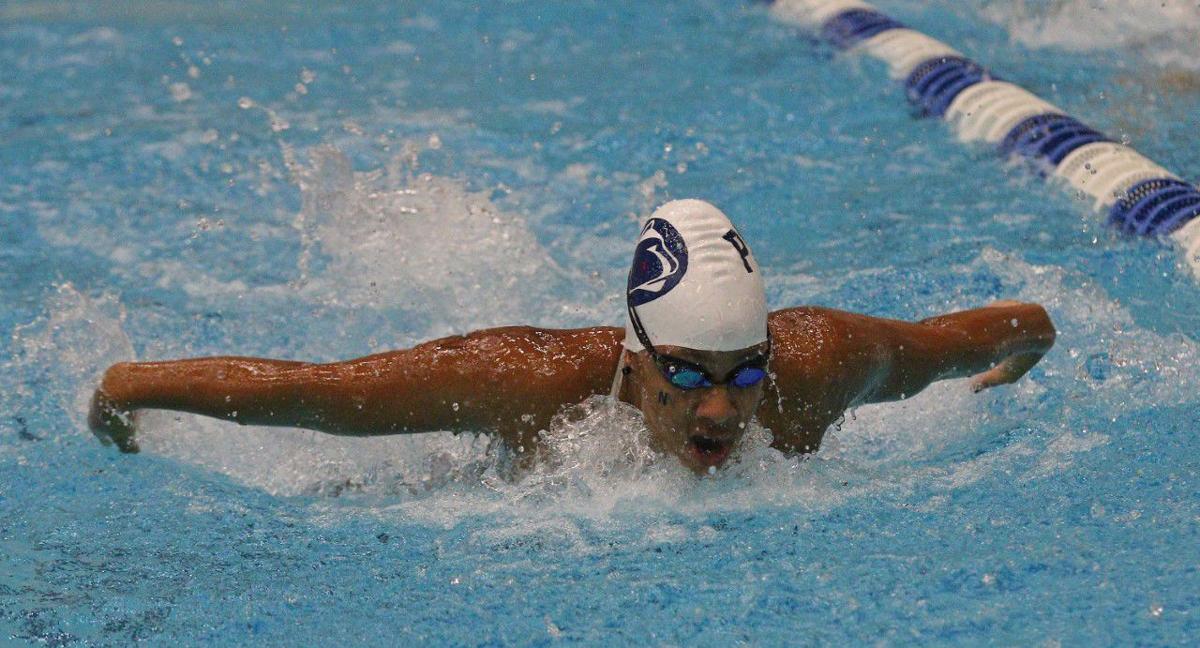 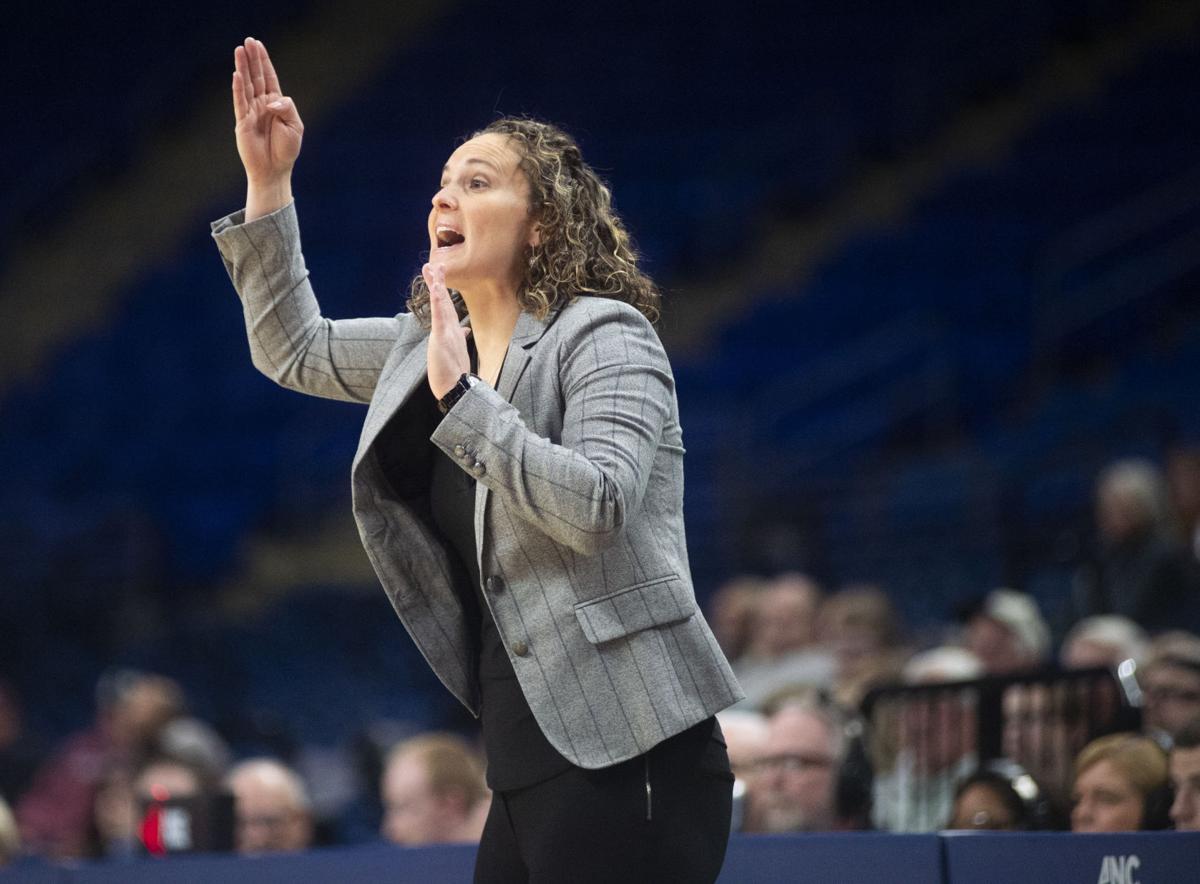 Head Coach, Carolyn Kieger, speaks from the sidelines to the team during the game in the Bryce Jordan Center, on Wednesday. Nov. 13, 2019. Penn State defeated Fordham 72-59. 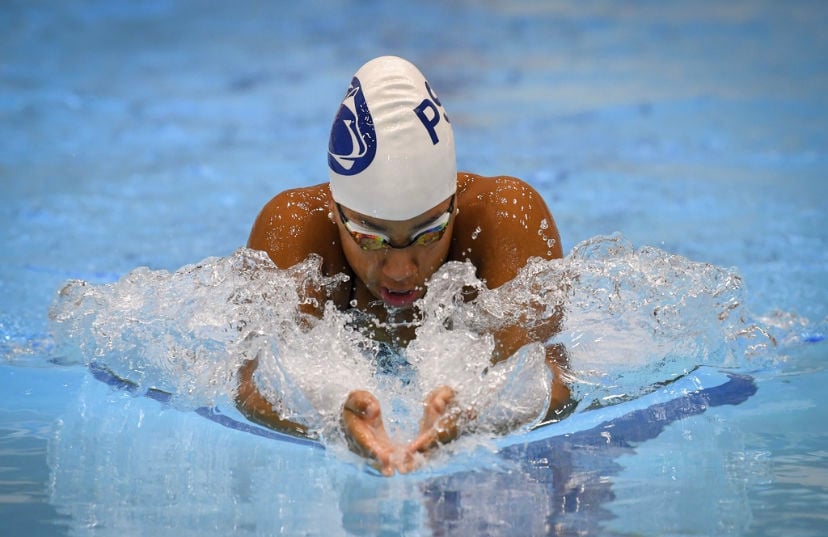 Three Penn State student-athletes are doing more than engaging in protests and using their voices to fight for social justice.

Instead, they’re leading the charge.

“It’s hard to be a Black athlete in the United States of America,” Jack said. “Right now it’s tough to be a Black person in America.”

Meanwhile, Johnasia Cash and the rest of the women's basketball team are trying to "Ignite the Change" — the team's motto this year, and one that signifies making tangible efforts to fight for equality.

Cash, who recently transferred to Penn State from Southern Methodist, was not afraid to let her voice be heard by the members of the State College community.

“All the athletes talk about the saying ‘shut up and dribble,’ and I’m not going to do that,” Cash said. “I am a strong, independent Black woman, and I believe that our voices deserve to be heard, just as much as anybody.”

Cash and the rest of the Lady Lions have started the “Ignite the Change” movement to help make a difference and stand up to racism.

The movement was put into place after the killings of George Floyd and Breonna Taylor.

Floyd wore the No. 5 while playing college basketball at then-South Florida Community College, which is the reason the women’s basketball team has committed to taking meaningful steps to help spark change in its community on the fifth day of every month.

This commitment to acting, and not just speaking is a part of what resonated strongly with the senior transfer upon her arrival to Happy Valley.

“Coming up to Penn State with the whole 'Ignite the Change,' it seemed really important to them to want to get out there,” Cash said. “We’re out there and we care about what is going on, and we want to have a huge impact on making a difference.”

Cash, along with several of her teammates and coaches, marched the streets of downtown State College during a candlelight vigil for Breonna Taylor, where excerpts written by Taylor’s mom were read aloud.

Among Black women who were encouraged to share their thoughts and experiences in America, Cash was one of many attendees who spoke, and even performed a song.

Hundreds of Penn State community members stood right behind her.

“It feels good to know that people are seeing you, they are hearing you, and that we can make change,” Cash said.

“[It was great] to be able to say that my coaches were in the stands, and to see every last one of my teammates standing behind me, just to show that they’re supporting me and are with me,” Cash said. “Not only are they with me, but they’re supporting all of us speaking up on social injustices that are going on.”

That support from coach Carolyn Kieger and the other members of her program spoke volumes to Cash.

Koopman, who was also at the march and is the co-vice president of Black Student Athletes at Penn State, has participated in numerous protests fighting for social justice.

She believes it is important to be on the ground and seek action in the community.

Jack also participated in the march to uplift Black women after the killing of Taylor.

“The people at the protest realize that Black women in this country have not been treated fairly,” Jack said.

Jack said she believes the death of Taylor was not handled correctly, and would have been handled differently if she was of a different race.

Aside from participating in protests, Jack also formed the Black Student Athletes group to build a broader community among Black athletes at Penn State, and to give Black athletes a safe space to talk about issues.

Due to the spread of the coronavirus canceling the majority of college sporting events in the fall, Jack has had plenty of time off from competing, which has led her to notice that some fans can be hypocritical in their support of Black athletes and their social views.

“I think my main goal... was to create a community for Black student athletes at Penn State, where the Black community is the minority,” Jack said. “When we take off our uniforms, even if people are supporting us in our athletic events, we may not get the same level of support if we aren’t wearing our uniforms.”

Jack’s efforts have been met with an immense level of support, which ranges from coaches and teammates, to members of the community and the university itself.

Jack hopes that her new organization will encourage other athletes to use their voices and share their stories on the matter.

Black Student Athletes is something Koopman believes has been missing from the Penn State campus for some time now.

“I think it was something that needed to be implemented long before it was,” Koopman said. “Just because we didn’t really have a safe space where we could talk about how we were treated in school, maybe by our professors, maybe by our coaches or athletic trainers. But also to talk about the more prevalent and larger injustices that we may experience, not only as athletes, but as Black athletes.”

In addition to starting Black Student Athletes, Jack is also a member of the Big Ten’s Anti-Hate and Anti-Racism Coalition.

Jack joined the conference’s coalition in June in an effort to combat racism that affects athletes all across Big Ten schools.

Both Jack and Koopman draw inspiration from professional athletes who use their platform for social change.

Professional sports leagues such as the WNBA and NBA have boycotted games in protest of social injustices occurring across the country.

“Oh my gosh, it’s awesome,” Koopman said. “Just to see that on such a wide and heavily viewed stage is incredible to me. I never really got to see anything that was celebrating Black lives or demanding that Black lives matter. To me that was ultimate bravery”

Numerous athletes in the NFL, NBA and MLB made countless efforts to bring awareness of the situation to fans following sports all across the country.

Unfortunately, making large social statements is not something all college athletes have the luxury to do.

According to Jack, protesting seasons, practices and even potentially opting out of the season is a very individualized scenario that affects everyone differently, which makes it difficult to make any sort of collective team decision on the matter.

Jack believes that in order to see progress, people must be reminded of their sense of humanity toward one another.

Similar to her fellow athlete, Koopman believes part of the answer can be found in people’s hearts and in their minds.

“Making the whole systemic change starts in people’s hearts and minds,” said Koopman “You have to get them to think that Black bodies do matter.

Although everyone has their own opinion on what real change looks like, Cash believes that in order to see change, a collective effort from the entire country is in order.