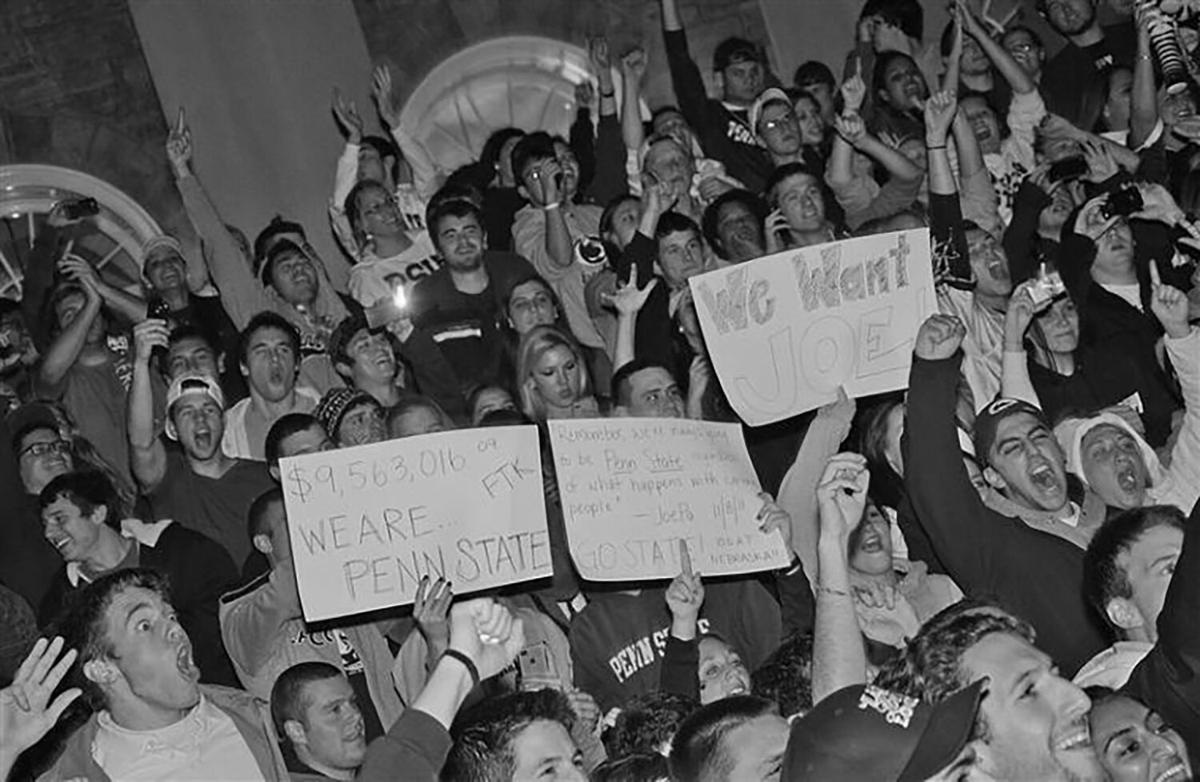 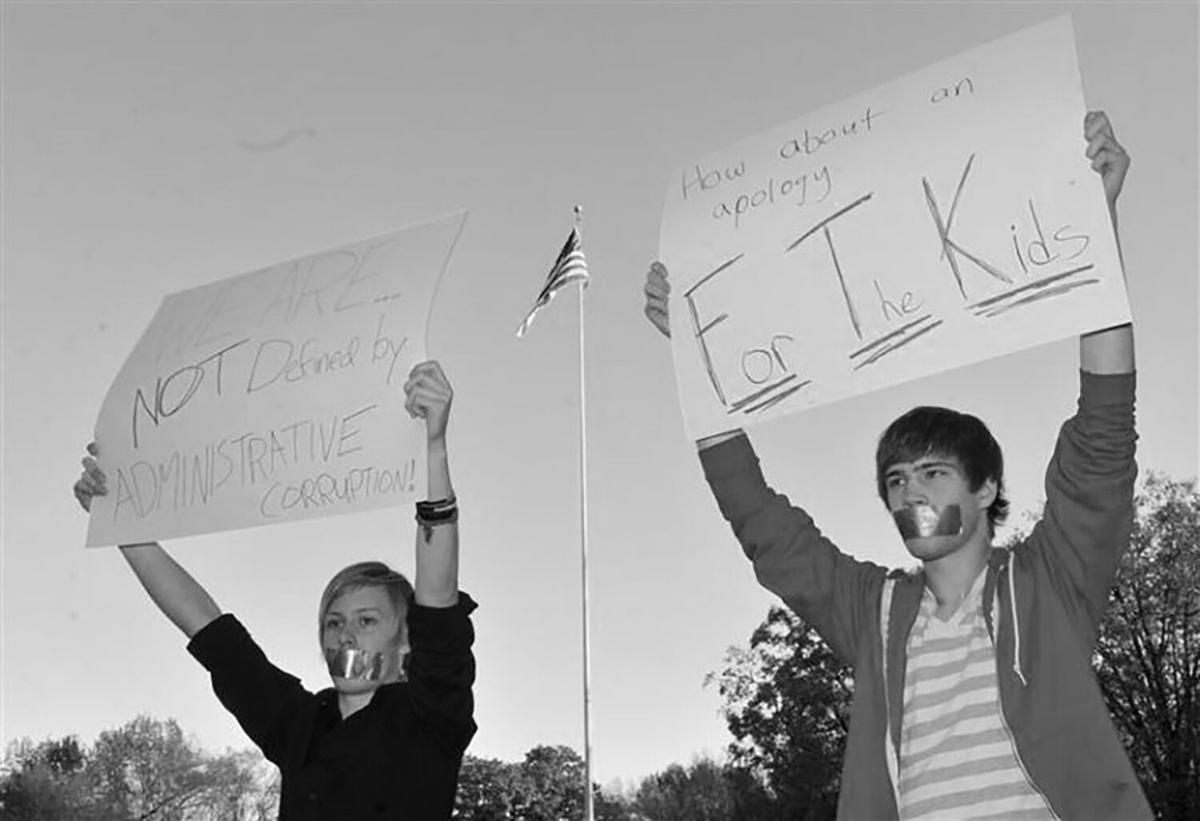 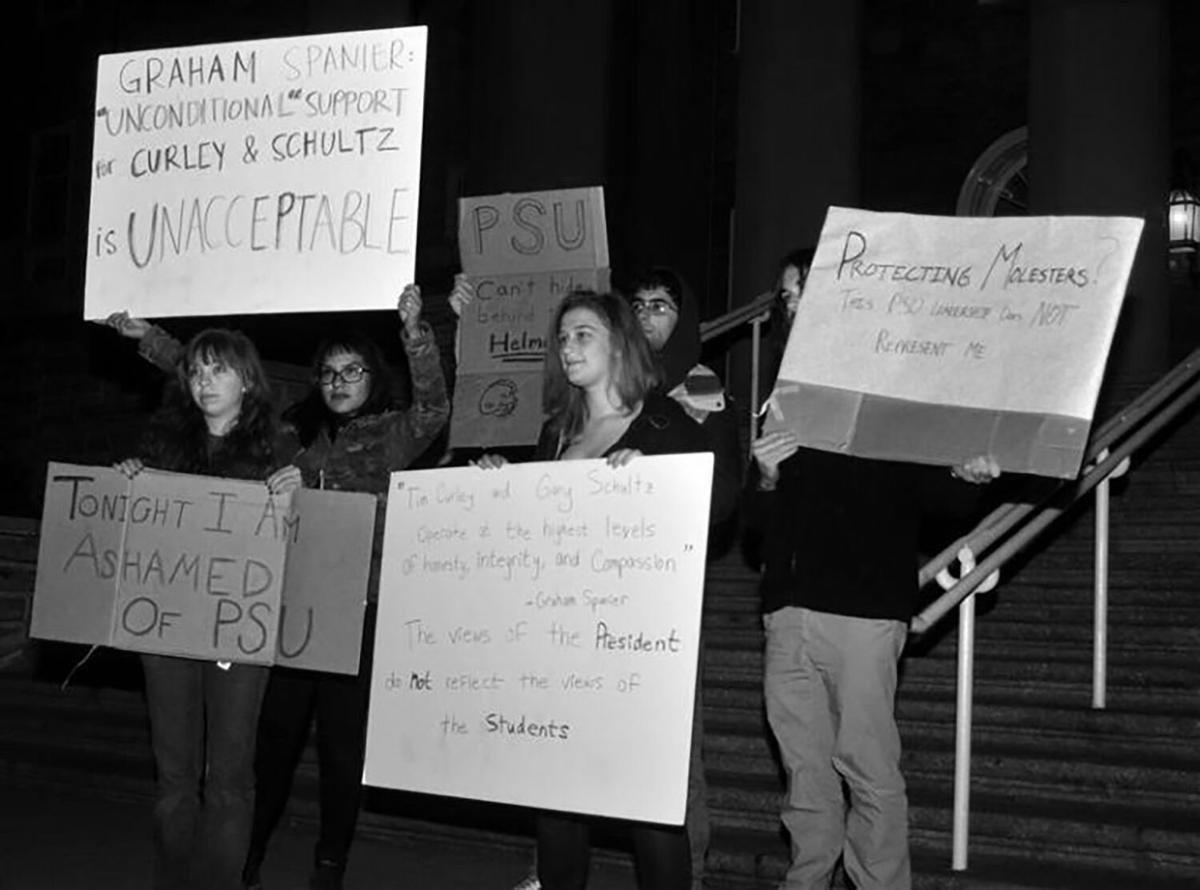 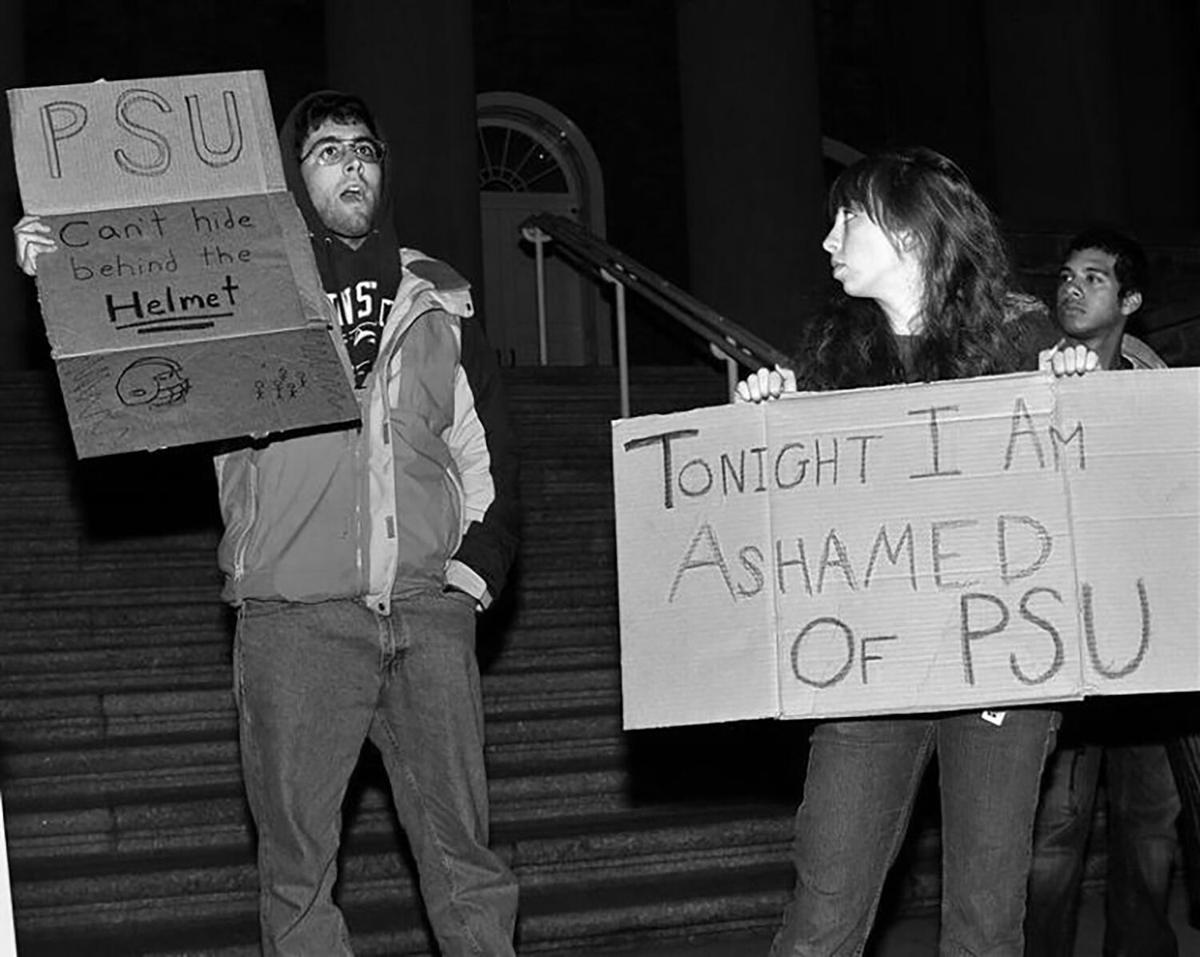 Doug Komandt was taking an organic chemistry exam on Nov. 9, 2011. It was just a normal Wednesday night for the Penn State chemical engineering graduate.

When Komandt finished the exam, his proctor told the students, “Oh, by the way, be safe. They just fired Joe Paterno.”

The uneasy air would linger on campus for days, weeks and months. Komandt, a current senior product manager for a healthcare supplies company and a 2014 graduate, said it was a “tough” time for people after Paterno’s firing.

In early November 2011, soon after the sex abuse allegations of Jerry Sandusky came to light, Komandt said being a student during the time was “unique.”

Komandt said many students tried to balance being respectful and supportive of Sandusky’s survivors while managing the shock of the situation themselves.

“We as students, we were absorbers,” he said. “We weren't affected by it, but it still felt like we were so affected.”

Lauren Ingeno, press officer at Penn Medicine who graduated in 2013 with a degree in journalism and English, said her memory of the time period was a “little different” than others.

As the copy editor of The Daily Collegian when the news broke, Ingeno said her experience was “stressful” and slightly “exciting.”

“All of a sudden there are all these news stations and national reporters... we had our actual newsroom and we were doing the same reporting on the ground that a lot of the professionals were doing,” Ingeno said. “It was kind of surreal, it was kind of tragic and awful and weird, and just a mix of emotions.”

Ingeno said she first learned of the Sandusky sex abuse case from an email from one of The Collegian editors. It said “all hands on deck.”

Outside of the newsroom, Ingeno said the topic was “hard to avoid” at the university since reporters and news vans were just down the street.

In her classes, the case became a “politically charged” conversation, similar to political debates, according to Ingeno.

Before the case came to light, Ingeno said she had thoughts of transferring to another university. However, Ingeno said once the story broke, she “couldn’t leave it.”

“I've never been a football person or even a really hardcore Penn State person, so I definitely didn't understand a lot of the emotions people had. People felt very closely,” Ingeno said. “People really adored Joe Paterno and Penn State football, and so a lot of people, I think, were experiencing that as grief, almost like this thing that they revered was falling apart.”

Mikal Nelson, logistics coordinator and a 2015 graduate of industrial engineering, said the situation was “jarring.”

“There was definitely an adjustment period to the news,” Nelson said. “It just became so much more apparent that there was this eerie air looming over the campus once the news came out.”

Once the story broke, Nelson said he noticed a lot of the attention was on Penn State’s former head football coach Paterno instead of Sandusky.

He said he found it a little “odd” and that people were “focusing too much on certain aspects of the story rather than all aspects.”

The news didn’t come as a surprise to Nelson, though, as he immediately believed the allegations were true.

“History will show whenever somebody makes an allegation like that, more often than not, it proves to be true regardless of who it's coming from,” Nelson said.

Matt Morgan, manager of a bar in Wellington, New Zealand, and a 2012 journalism graduate, said it was a “really weird and intense” time where the “whole country’s eyes were on State College.”

Morgan was the metro editor for The Collegian where he said he had to be “adaptive” with new details about the case emerging daily.

In addition, Chloe Elmer, professional photographer and a 2012 journalism graduate, said being a student during the time was “really crazy” and a “rollercoaster of events.”

Since football was so intertwined with everything, students began to question the Penn State identity, according to Elmer.

Elmer said she believes a lot of people were “conflicted and unsure” of what to do with the information they were receiving.

When Elmer found out about the case, she said she was in “disbelief.”

“I mean it's horrible,” Elmer said. “It's a really horrible story you would never think that it was happening… [but] it was just so hidden for so long, that was like, just that something like that could happen behind the scenes of this huge program.”

Komandt, a member of Penn State’s Blue Band at the time, said he first heard about Sandusky’s allegations from a member of the band.

For Komandt, being a member of the band was an opportunity to be an “ambassador” for the student body.

After the news of the case broke, the band came together on the steps of Old Main for a candlelight vigil to play the university’s alma mater and show support, according to Komandt.

“There were very few events that the full band would go to and I think it was a testament to the character of the people in the band just wanting to show everything that we could to support the [survivors], primarily through our presence and our music,” Komandt said.

Komandt said he remembered the next football game after the news broke, against Nebraska, as “very emotional and surreal.” When the alma mater played, Komandt said the entire crowd sang it with “enthusiasm and pride.”

Coming out of the tunnel, the team linked arms and walked slowly together as a “sign of respect,” according to Komandt.

“It was just a difficult time for people who had different experiences and years of memories of certain things,” Komandt said. “It's shocking to learn that someone or something that you thought was so fantastic, or almost untouchable was, you know, maybe not that.”

Though most students didn’t have a “skin in the game,” according to Komandt, students were still “strongly affected” due to the “strong community” at Penn State.

For Komandt, “It felt like ‘How could this have happened’ in a place that so many of us are so proud of.”

Audrey Snyder, current Penn State football beat writer for The Athletic, adjunct professor for Penn State and 2012 graduate of education and journalism, said it was an “interesting and chaotic” senior year.

Snyder said she was thrust into covering “the biggest story” a reporter might ever cover, including their professional career.

“I'm 22 years old. You're trying to follow your own reporting instincts, but also understanding that like, you’re a student,” Snyder said. “You’re still learning [and] you’re still developing. I covered a bunch of things and I had great internships and work experience but nothing can prepare you to cover a story of that magnitude.”

Looking back on it, Snyder said she knew it was a big story, but no one knew how it was going to end.

Every day in November 2011 was “nonstop”, according to Snyder. When she left every morning for class, she said she guaranteed something else “crazy” was going to happen.

“It's one of those things that you never envisioned as being a part of your college experience in any way shape or form,” Snyder said.

Being a secondary education major, Snyder said she taught at Central Mountain High School, the place where “Victim One” was a student.

“For me, it further showcased the scope of this story,” Snyder said. “Here I am, 40 minutes away from State College in a very rural school and there’s still a connection to this story.”

Years after the case was first reported, Morgan found that people were “still mad years later.”

Similar to the coronavirus now, Komandt said the Sandusky sex abuse case was a “reset” for Penn State and its fans to take a step back and “undertsand what we are proud of and why we are proud of it.”

“It's a great university, [with] great people, great students, great alumni,” Komandt said. “It’s important to recognize all the things that are great, but also to be humble and realize that there are humans involved with everything.”

Ella Castronuovo is a culture and identity reporter and general assignment photographer for The Daily Collegian. She is a sophomore majoring in digital and print journalism with a minor in sociology.