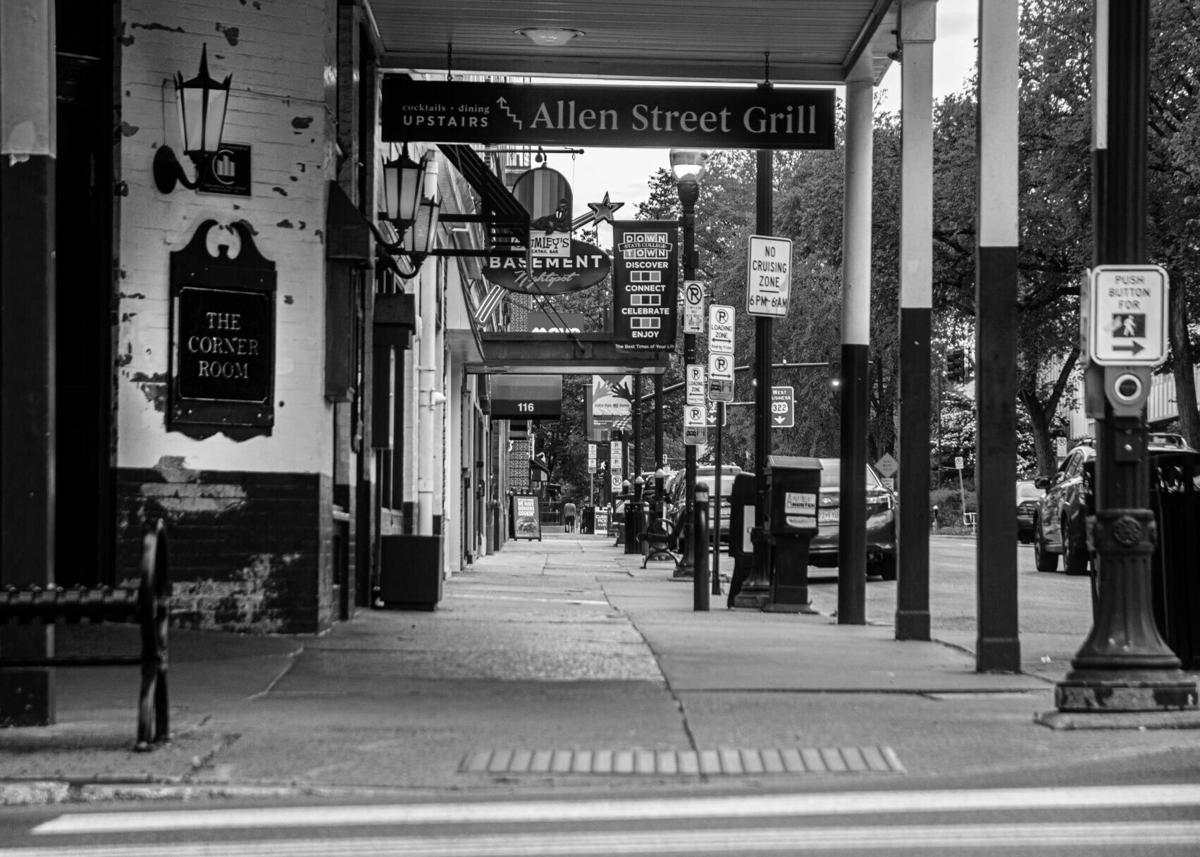 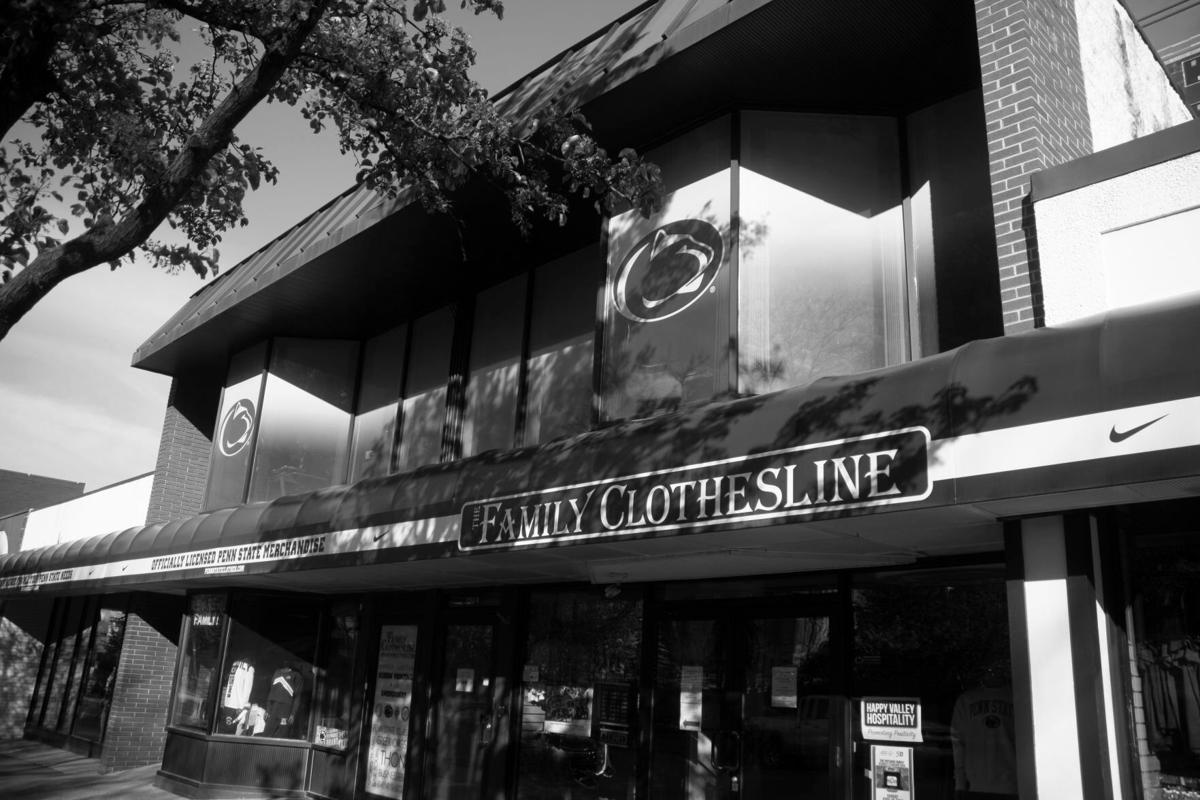 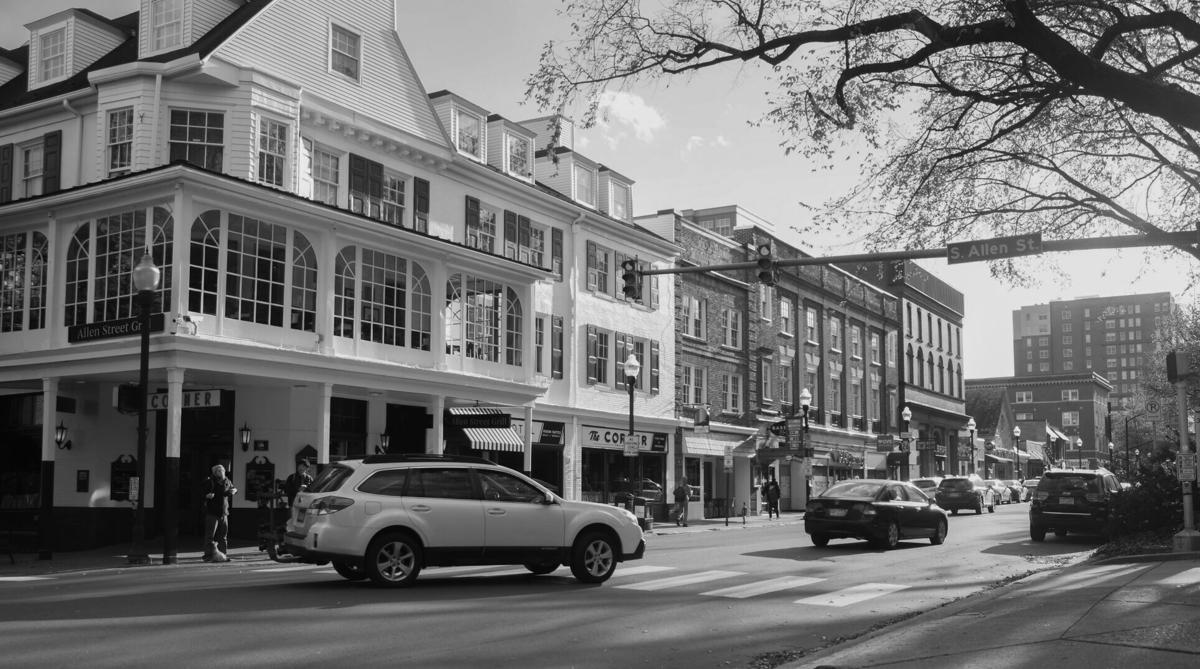 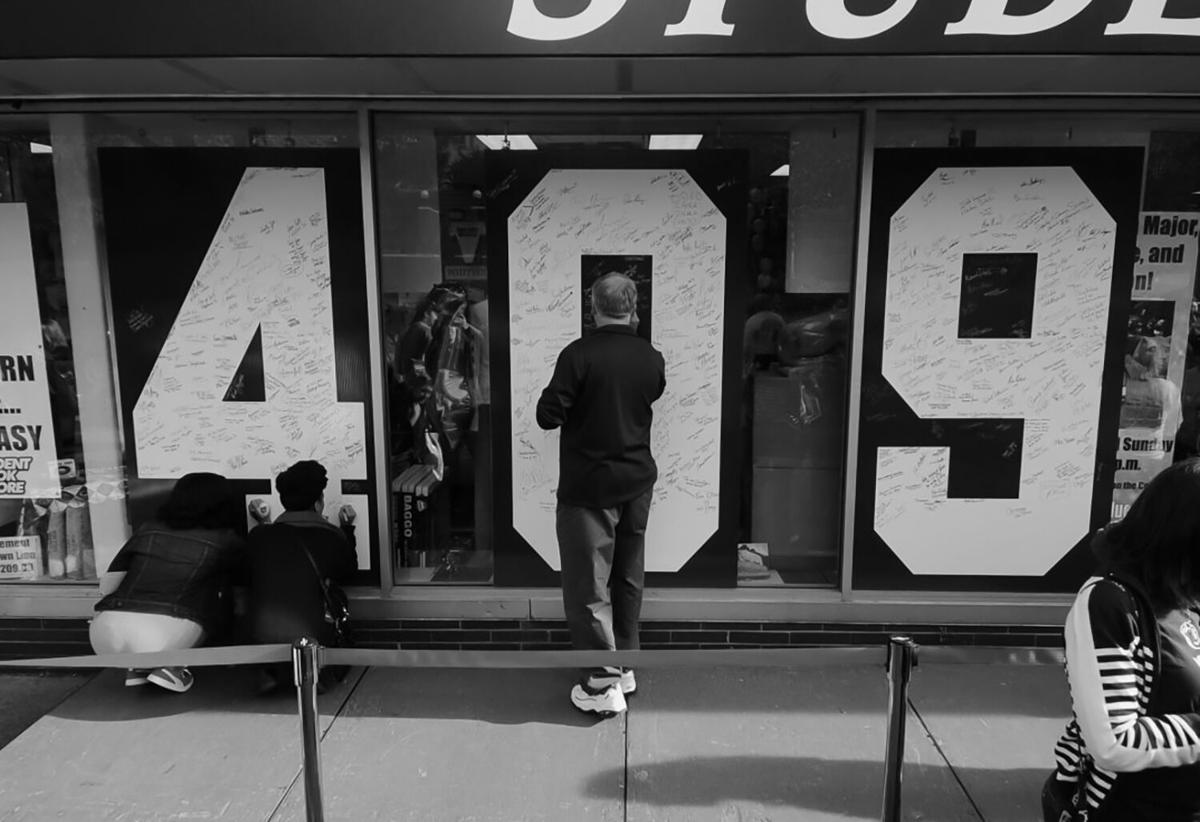 For months, Terry Losch went home, turned on his TV and watched as his community’s name flashed across the bottom of every news outlet — followed by a variation of “sex scandal.”

The impact of the Jerry Sandusky trial and the news coverage it received lingered in the community long after 2012, according to some local State College businesses.

Owner of Rapid Transit Sports since 1985, Losch recalled the breaking news coverage of the Sandusky case.

“We were the focus of the whole country,” he said.

Losch said State College is a “tight community” where everyone supports local businesses and each other. And to see his community in a negative light across news platforms for months, Losch said it harmed the college town.

“When you had every national media outlet 24 hours a day, slamming your community for hiding a child molester, the whole community was just depressed about it,” Losch said. “It was like the whole valley was in a deep depression.”

Losch said it was like he couldn’t escape seeing the negative light placed on the Penn State community.

For years, Losch said he noticed a change in the mood of the press.

As the news of the Sandusky case began to break, Losch said Rapid Transit Sports and the entirety of downtown State College was “inundated with reporters.”

Losch recalled feeling as though he was reading the same story over and over again — a plot, which he thought, lacked focus on the main character.

“The story was — take Joe Paterno down, ruin his reputation,” Losch said. “It was the herd mentality of the media.”

Some stories, Losch claimed, tied the sexual abuse scandal more to Paterno — even placing his name in the lede.

For example, some major news outlets, like Reuters, published stories about the arrest with Paterno’s name in the first line and Sandusky not appearing until the fourth graf. The National Public Radio published a story about the case first with Paterno mentioned first in the headline. And The Washington Post highlighted Paterno’s career ahead of Sandusky in an article a day after Sandusky’s conviction.

Losch said he believes one of the main reasons the Sandusky trial received more media coverage compared to offenses at other institutions was because other school’s “don’t have a famous person’s reputation to attack.”

According to fan votes, Penn State won ESPN’s Football Town Showdown this year — a title that captures the students, families and alumni’s love for the program.

Losch said Paterno’s winning record and fame gave the media a person to place the blame on. He said he remembers the media presence starting to “fade” after Paterno passed away.

In 2011, with Paterno as head coach, the Penn State football program lost one out of nine games. When interim coach Tom Bradley filled in for the final four games of the season, the team lost three of the four games.

Since 2006, Caroline Gummo has worked for The Family Clothesline, a clothing store located on College Avenue.

Gummo said she was the marketing manager and buyer of the store when the news broke about the Sandusky case.

For months after, Gummo said there was “a lot of anger and high emotion” within the Penn State and State College community.

“Everyone in the community — alumni, students, the administration — was extremely upset to find out that children were hurt at the [University Park] campus and they were angry that that had happened in our community and at our university,” Gummo said.

She noticed people were not only upset with the case but also the way it was handled once the news broke.

As complex as the situation was, Gummo said there wasn’t a “tremendous amount of information coming out of the university.”

On Nov. 5, 2011, the investigation into the Sandusky case was made public.

From that point on, as Gummo inferred, the university released few updates to the public — in January and May of 2012, which offered information about the Freeh reports.

While the university adapted to the recommendations given by former Federal Bureau of Investigation Director who led the investigation, Louis Freeh, Penn State media releases were unable to give the details of the independent investigation.

Gummo said it was an “unsure time” for downtown businesses.

“It was a very scary time for a lot of downtown businesses,” Gummo said. “We weren't sure if we were going to ever have a football season again.”

According to the Associated Press, an email sent in July 2012 by NCAA Attorney Donald Remy indicated that a majority of NCAA executive committee members were in favor of giving Penn State football the “death penalty” — sanctions that were intended to shut the program down for several years.

Many downtown State College businesses rely on the football season for tourists to boost business. In fact, during home football weekends, State College becomes the third largest city in Pennsylvania.

“[State College community members] were extremely upset that the NCAA came down with one of the harshest of sanctions without waiting for all the information and trials to happen,” Gummo said.

The events following the breaking of the Sandusky case, such as the riots, were alarming for downtown businesses, as well, Gummo said.

“People were reacting to a very tragic and upsetting situation,” Gummo said. “As part of the community here, we were affected just as much emotionally by the information coming out and how angry we were that children had gotten hurt.”

Curt Schulman, the current director of operations of Hotel State College & Co., said the impact the Sandusky case had on downtown businesses will not be forgotten.

According to Schulman, downtown businesses can generate over 25% of their annual revenue during the eight to 10 weekends of football games.

“I know for a fact around town there were huge dips in revenue for football weekends during that time,” he said.

Not only were rival fans staying away from Happy Valley, Schulman said Penn Staters were struggling to find ways to support the football program.

“The football team has huge reach from just recruiting non-athletes,” Schulman said. “A lot of people come here because of Penn State football — because of tailgating and the incredible atmosphere and the ability to participate with that program and its success. So you put a huge stain on that. It's far reaching, the impact it has.”

At the time, however, Schulman wasn’t living in State College. He said he watched the case unravel in Las Vegas.

Before, Schulman said he found a sense of pride when telling people he was from State College. After the school started receiving national attention, Schulman said he received a mixture of “off-color jokes” and negative responses.

“It dirtied the name so heavily,” Schulman said. “I'll never forget how in the course of two months, people went from being amazed that I'm from State College to almost being… disgusted.”

Growing up in State College, Schulman said he saw and felt the pride behind Penn State and the football program.

As one of the winningest college football coaches in history, hitting his 409th just days before the news broke of Sandusky’s alleged sex abuse, Schulman said “JoePa was king.”

While students and visitors will snap a picture with the current Penn State head football coach James Franklin, the aura of Joe Paterno was unmatched — he was a “different level celebrity.”

But Sandusky was nowhere near the level of Paterno’s prominence, Schulman said.

Schulman said he noticed the intensity of the media coverage on the Sandusky incident increase when it received national attention.

“Once it got on Fox, CNN and MSNBC then it [became] a totally different monster,” Schulman said.

While some, like Losch, believe the media’s narrative was slightly skewed, Schulman said he believes the issue revolves around how the university should have handled the situation.

“It's built around such a repulsive act that there's not a real way to make it cleaner,” Schulman said.

Though some have issues with the narrative, Schulman said people rarely speak about the case now.

“You can go fairly regularly without hearing the name Sandusky, which is positive,” Schulman said, “but it took the better part of the decade until that happened — where it wasn't a regular part of conversation.”

The wound is still very fresh for many people in the community. Out of 23 State College businesses contacted to share their memories of the time, 20 refused to comment.

As a father, Schulman said he understands why people don’t bring up the “horrifying content” of the Sandusky case.

“It’s nothing you want to put regular acclaim to, but it’s always in the back of your mind as a parent, and it’s a reality in our world,” Schulman said.

Schulman said he doesn’t believe the impact will be the same for the younger generation, though.

When children too young to remember or pay attention to the unraveling of the Sandusky case hear about it, Schulman said they don’t have the same “punch in the gut” feeling. When they read about it in a history book, it won’t have the same impact.

“I think it's faded with some of the younger kids because they didn't experience it, but I don't think it's gone. That stuff sticks with you,” Schulman said. “There's always going to be some level of association with Penn State, and the only way to kind of erase it is to just make progress so things like that don't ever happen again.”