It’s getting harder and harder for Penn State students to get their education without paying too much for basic necessities.

Student parking permit prices have increased between $8 and $30 this academic year, depending on which lot the permit is for, and they will increase at the same rate next school year.

Is the recent tuition raise not enough?

Downtown apartment complexes aren’t much better. For example, an individual space costs $630 at University Terrace for the school year, which is one of the cheapest, and it costs $200 per month at the RISE — one of the most expensive spots.

For those who live off campus and store their cars on campus, they’re still paying over $400 each academic year to inconveniently walk at least 15 to 20 minutes to a parking garage before leaving for their destination.

So, if a student is looking to park somewhere that’s a little closer to their apartment for just a small amount of time and they’re towed, they’re going to pay the State College price for a non-crash tow, which is a fee of $225 — and that doesn’t include the fee towing companies charge just to hook and unhook the car to the truck.

It mimics the situation of rent hikes downtown. When prices go up, the companies compete to attract the most students but also get the most profit. It sets the precedent year after year that charging students this much is normal — because they need to have somewhere to live.

In a college town like State College, the situation is similar with parking. Companies know they can charge this much for parking — especially for out-of-state students, who need transportation to and from campus. They make students pay ridiculous rates because they know the students have no choice.

For parking lots in University Park, it’s a money grab.

The university said some of the money goes to campus transit, bicycle facilities and Spin E-Bike Share Program, but if it’s going to make bringing a car to campus this inconvenient, it needs to make visible improvements in these areas — whether it be better bike lanes or bus routes for getting around campus — especially since students are already paying to use Spin E-Bikes.

While these changes would benefit students who live on or near campus, those who live farther need to be kept in mind. These students are paying tuition to go to class, and they rely on vehicular transportation and affordable places to park to get to campus. With a sporadic bus schedule, a personal car is necessary — or else students won’t be able to make it to class on time.

Penn State, as well as towing and parking companies, need to be transparent with students in how they can better help and serve them, instead of hiking rates with no explanation when students are already prepared to pay a certain price.

The community should want its students to be able to get to class and receive the education they’re already paying so much for — and not have to choose between convenience and financial stability. 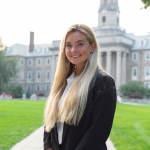