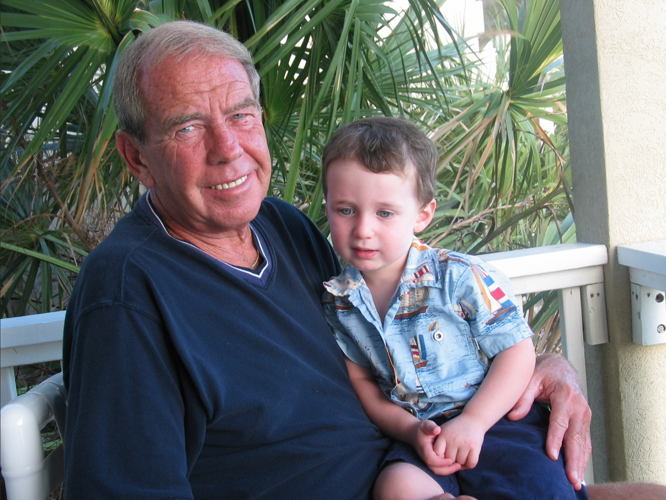 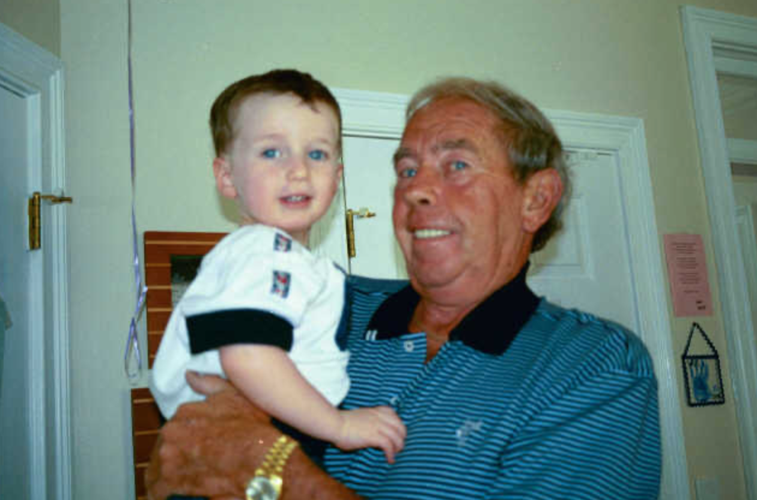 There was an ice cream truck.

Actually, there were two: one from the 1950s and one from the 2000s, one that cruised around Philadelphia and one that still rides down the Florida Panhandle.

This Saturday, June 25, will mark the one-year anniversary of my grandfather’s death. He drove that Philadelphia ice cream truck. He hated it. Every day, he had to drive it around. Every day, he listened to that same obnoxious music. He said it’s the worst job he ever had.

He worked hard, and eventually he didn’t have to listen to that ice cream truck anymore. He owned some diners in Memphis, Tennessee, raised a family and made enough money to move to a beachfront house on the gulf.

By this point in the story, I’m there. And so is that second ice cream truck. You can hear it coming from half a mile away. This one wasn’t driven by my grandfather. I don’t know much about the guy behind the wheel here, but he did have a parrot sometimes.

Any time I was there, I’d sit outside with my grandfather, either on the porch or by the pool. We’d talk about football and golf. He’d have a cigarette, a glass of Dewar’s Scotch and a bowl of pretzels.

Every day, that ice cream truck came. Every day, the music would be loud enough so everyone on the beach knew it was there. We were just 10 feet away. I’d hear the music and bolt to grab the nearest wad of cash. I never cared enough to grab shoes to keep my feet from burning. I just went.

I’d get an ice cream sandwich. Sometimes I’d get one of those popsicles with the gum eyeballs. Eventually my brother and sister would come too. My grandfather would be where he always was, on the porch, with a cigarette, a glass of Dewar’s Scotch and a bowl of pretzels.

My grandfather worked harder than anyone I ever knew. Yet, after all of that hard work, he was still stuck listening to an ice cream truck every day.

This time was different. He got to watch his grandchildren smile as we ate ice cream. No matter how hard you work, you’re always going to have to listen to the ice cream truck. Just work hard enough so that you have enough good in your life to make up for it.

That didn’t stop him from asking the man in the truck to turn the speaker around. The man obliged.

The truck didn’t come when it was raining. I was OK with that. I know he was. One day, there was a powerful storm blowing in from the gulf. Powerful winds. Loud thunder. The whole nine. We sat on the porch watching it come in.

“There’s something about a storm,” he told me.

I don’t know why I remember this so much, but I do. He was right; there’s something about a storm. This house sits on one of the busiest beaches in the South. A storm was the only time the place felt peaceful.

Storms and rain can be symbols of sadness and depression. Anyone who was there for the day probably had their trip ruined. I learned to appreciate storms that day through him, just as he appreciated that ice cream truck through us.

He got to appreciate that storm because he wasn’t taking a vacation at the beach. He lived there.

That’s what I think about today. I remember these little moments, these nuances, because they are what represent something bigger. They’re the times when you get a peek into who a family member is, where they came from and what parts of them are in you, and you in them.

I’ve saved this part for last because I don’t like writing about myself, and I don’t like that whole “cliche meaning of life” thing these types of articles have a tendency to become.

But stories are built on cliches, and this is a story about a death where nobody has cried yet.

A few days after he died, the entire family was at the house in Florida. It was a couple of hours after the funeral. I told my mom I needed to speak to her. We walked out onto the porch, a couple of feet away from where he’d always sit.

There was no cigarette smoke, no Dewar’s, no bowl of pretzels. I looked at my mom, and before I could say anything, I started to cry on her shoulder. In a way, I had been waiting for that moment.

“I just hadn’t gotten to do this yet,” I told her.

Through every ice cream truck, through every storm, he believed in what he was doing. He trusted himself to always figure it out. It looked that way from my point of view at least.

He always knew that if you have something you care about, like a family, and you do right by them, not much else matters. He had pride — man, did he have pride.

When you have that pride, you’re going to get to go where you want in life. You’ll get to a point where you can find peace in the storm. You’ll still have to listen to that ice cream truck, but you’ll be there with someone you love.

It’s 7:01 p.m. on June 22, and I just watched lightning light up the sky. There’s no beach, no ice cream truck, no cigarette, Dewar’s or pretzels. But I have pride. I have these stories. That’s enough to get me where I’m going. 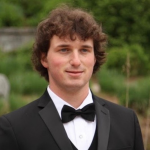 Will Rosenblatt is a senior majoring in film. He was a columnist for The Daily Collegian.