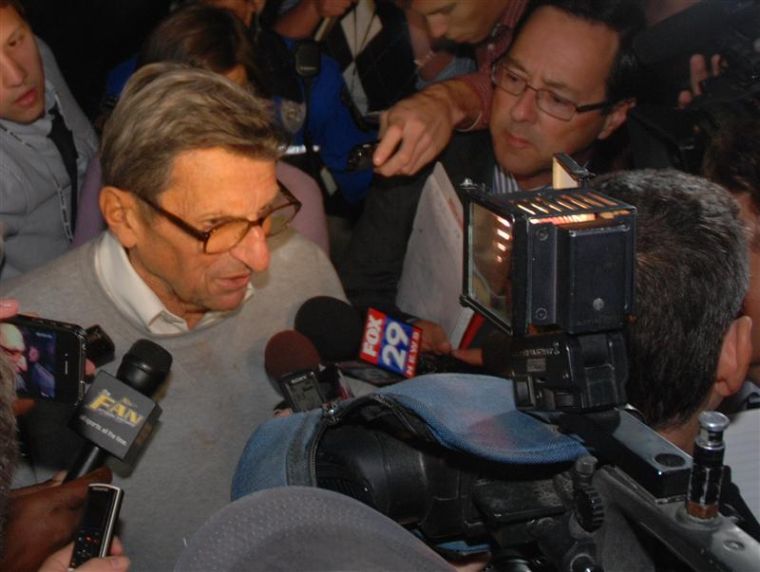 Joe Paterno speaks with media and visitors outside his house Tuesday evening as hundreds of students gather infront of his house in support of him. 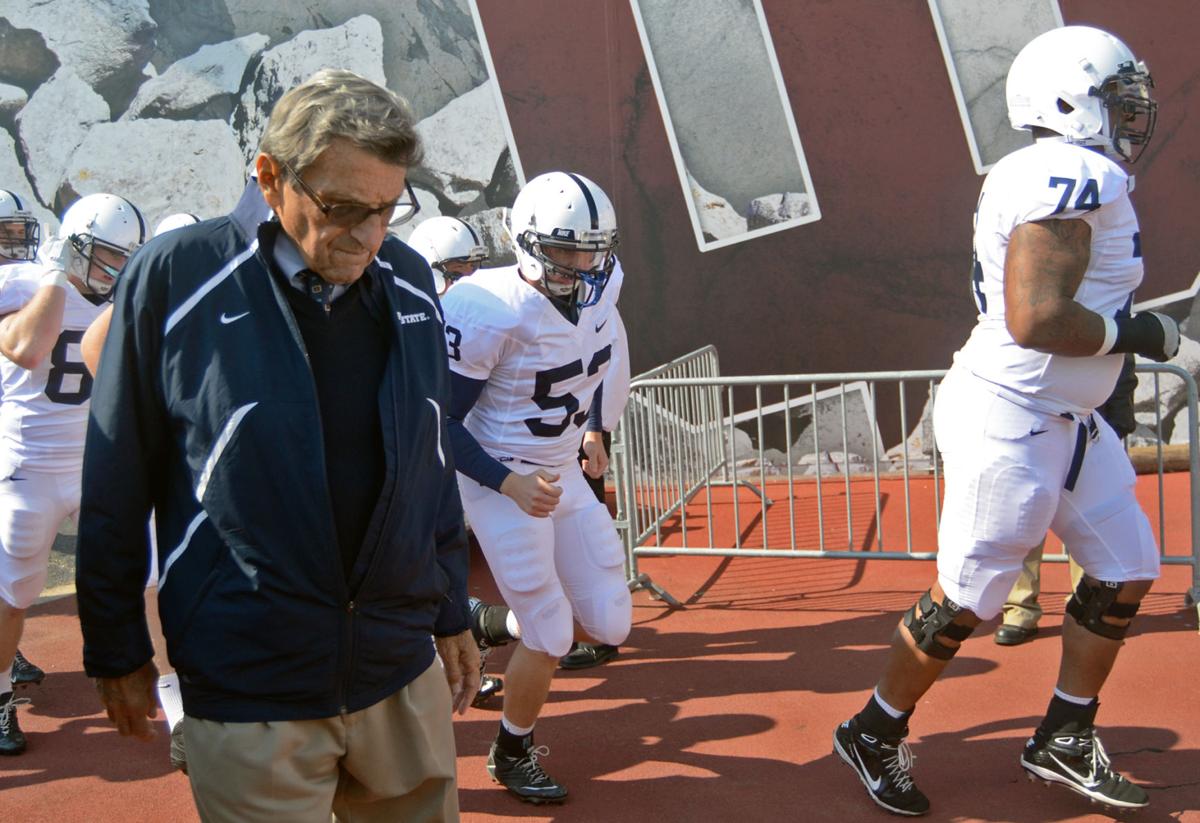 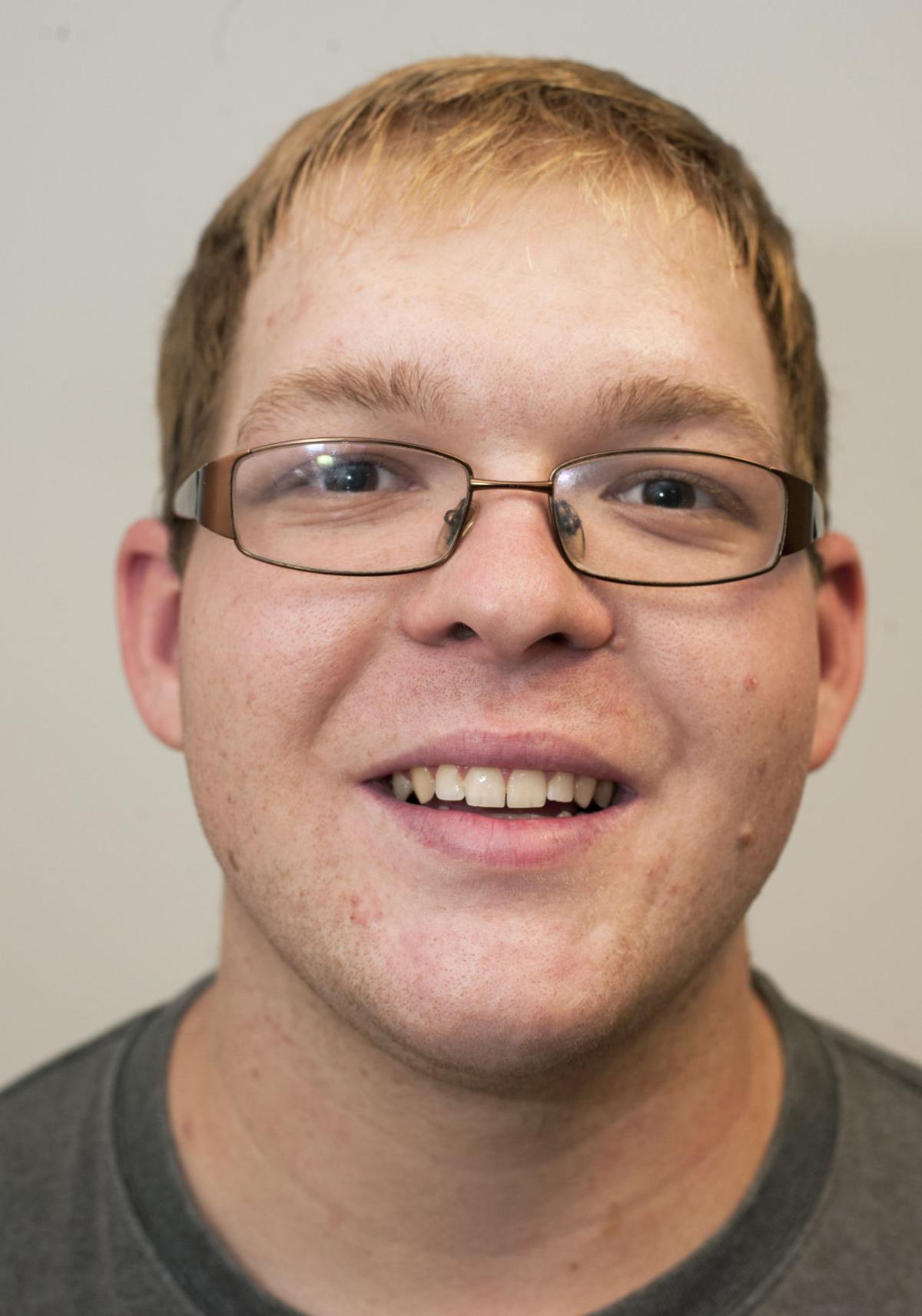 Late in “Paterno,” the legendary former Penn State football coach rests on his bed with his son Jay nearby. It’s been a day or so since Joe Paterno was fired and it’s in this discussion with Jay that the 84-year-old begins to come to terms with what’s happening.

Jay tells his father it’s time for the family to fight to prove the coach’s innocence. But Paterno declines. His response to Jay is as much dialogue as it is an introspective aside.

Director Barry Levinson’s dramatized portrayal of Paterno and Penn State in the immediate aftermath of the Jerry Sandusky child sex abuse case is a story about guilt, mortality and the perception of tragedy.

The film unravels rapidly — effectively packed into a 1-hour and 40-minute running time — as it mostly focuses on Paterno, played masterfully and meticulously by Al Pacino, and to a lesser extent Sara Ganim, the Patriot-News reporter who broke the news of the Sandusky investigation.

In one week, as Levinson understands, both the national spotlight and local narrative shifted to a contentious debate about the powerful nature of perennial college football programs and their seemingly immortal leaders.

Even now, six years after Paterno’s death, our perceptions of the case are fixated on the head coach’s complex legacy and fall from grace, while we give little attention to Sandusky and the boys he sexually abused for years.

From this lens, Levinson tells the story knowing the public is united on the front of Sandusky’s sick crimes. A more compelling story follows a more compelling character, one who is not completely good nor evil. That character is Paterno.

The director and Pacino both cast little judgment on Paterno and the movie offers no lectures of morality. It is concerned more with illustrating what occurred in Happy Valley in November 2011 than it cares to make a profound statement about blind loyalty and narrow-sighted power — the latter two he leaves open to interpretation.

The first time we see Pacino’s Paterno in the movie, he is wearing a hospital gown walking down an empty white hallway. His wife Sue (Kathy Baker) calls out to him to ask where he’s going.

Flustered, Paterno responds: “I’m going to the John,” only to be told he’s going the wrong way. It’s the first of many signs we’re given that remind us this apparently invincible figure isn’t immune to the inevitable mental roadblocks of any other man in his 80s.

We then see him in an MRI tube, followed by close-ups of his weary eyes before the camera cuts to a flashback of his final game as a head coach –– win 409.

From there, the film plays off of Paterno’s perspective, told mostly in flashbacks with occasional cuts back to his contemplating eyes in the MRI tube. It’s in these brief moments when we see the guilt of a man who admittedly wishes he had done more.

The flashbacks make up the bulk of the film, but the memories are fast. We see snippets of how Paterno remembers that week and, as the movie progresses, his recollections become clearer.

Still, we never learn exactly what the coach knew or didn’t know. We see and hear archived commentary of news coverage from that week, the sound bites rattling off every rumor and theory presented at the time. But we’re never told what to believe.

Much of the negative criticism “Paterno” has received relates to some of the creative decisions made during production. The version of downtown State College from the film resembles the actual town, but parts of it are misplaced.

The excitement and significance of Paterno’s last game coaching seems forced and tacky in some parts. Obviously the hype of Paterno winning his 409th win and passing Eddie Robinson for most all-time was a big deal, but the scene introduces Ganim in an unauthentic way.

It’s unlikely a reporter of Ganim’s credibility would be cheering on the sideline, and it’s doubtful she and the staff photographer were talking about Sandusky as they stared at him disapprovingly from the food line.

And of course, the Paterno statue in the movie isn’t posing the way the coach was displayed in the actual statue. That irked many Penn Staters, even the ones who aren’t vocal “Joe Bots,” because it seems like such an easy detail to get right.

However, these mistakes didn’t affect the story or the film’s narrative. It reminds me of Ray Liotta’s depiction of Shoeless Joe Jackson in “Field of Dreams” who bats right-handed, even though the real Jackson batted lefty. Sure it’s frustrating, but it doesn’t impact the overall plot or purpose of the movie.

The biggest gripe I had with the film was its ending: the call Ganim got in her office. Without giving away the scene, the intention of it appears to indicate the Sandusky case and Paterno’s connection to it are never going to disappear. But I’m not sure that’s how the message was received.

Nonetheless, “Paterno” is still a film worth watching and discussing. Some parts are unsettling, as expected, but Pacino’s humanizing portrait of Paterno makes it a rewarding experience.

And despite what Pacino says while lounging on the bed, this movie and all the passionate feedback the comes with it proves the Paterno name still means so much for so many people. For better and for worse.

Matt Martell is a senior majoring in digital and print journalism and is the opinions editor and former football editor for The Daily Collegian. Email him at mtm5481@psu.edu and follow him on Twitter at @mmartell728.

What did you think of "Paterno?"