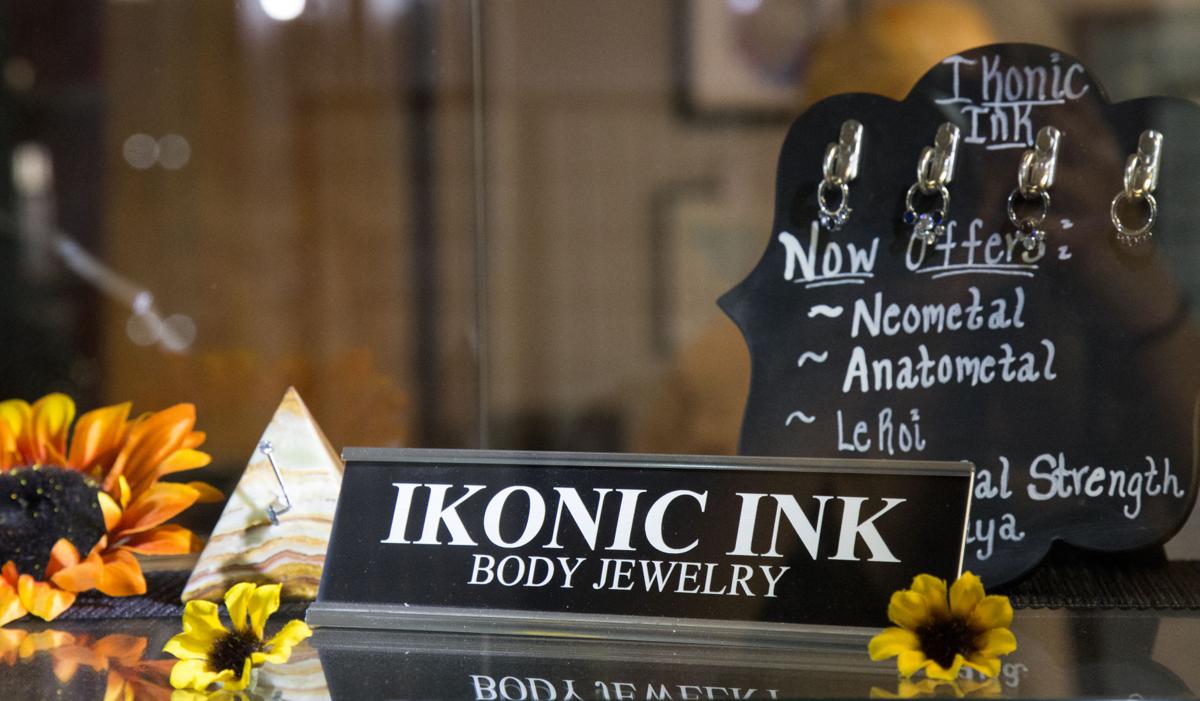 A display shelf in Ikonic Ink Tattoo and Piercing Studio showcases the shop’s nameplate and a list of offered jewelry brands. Tuesday, September 19, 2017. 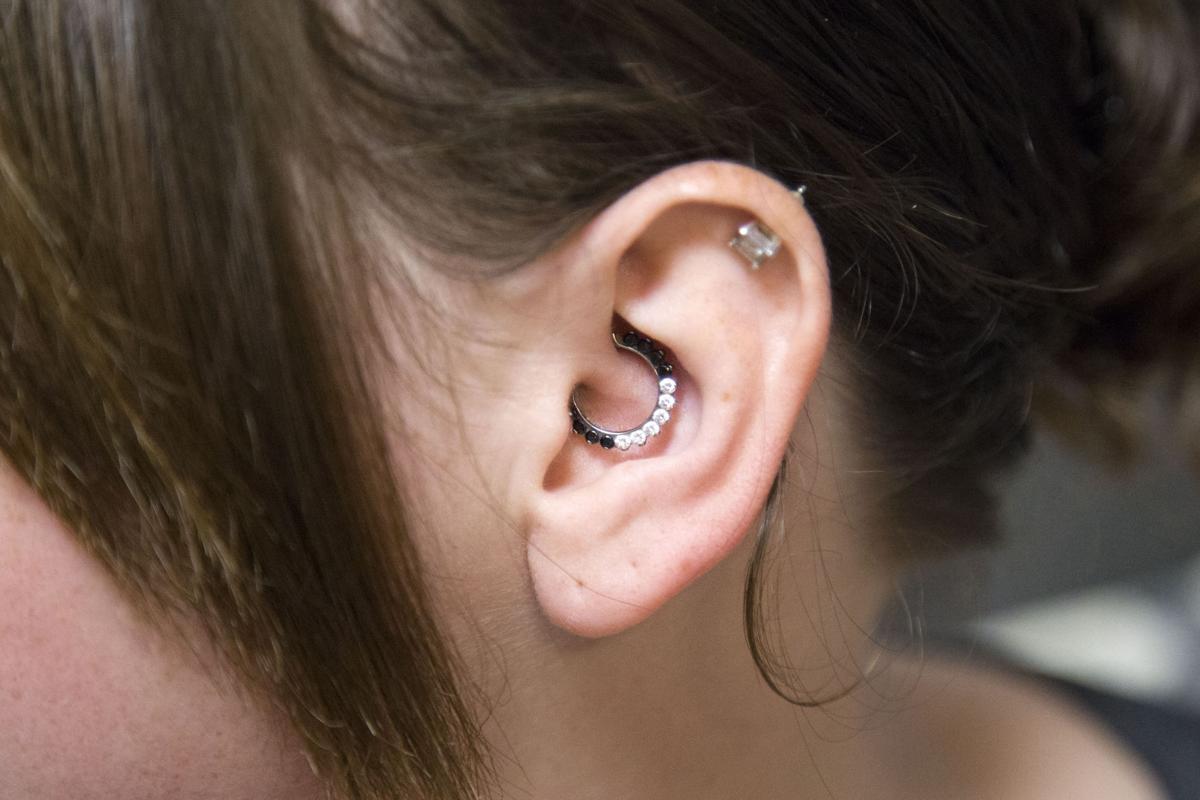 Jennifer DiLorenzo (senior-kinesiology) shows off her daith piercing at Ikonic Ink Tattoo and Piercing Studio in State College, PA, September 20, 2017. DiLorenzo chose to get a daith piercing because it is believed they aid with migrane relief.

The conversation surrounding piercings and tattoos is often one that is brought up by older generations. It happens for anyone with a visible body modification — parents and grandparents asking younger people why they would decide to change their faces. Even Kacey Musgraves said it in her song “Slow Burn,” “grandma cried when I pierced my nose.”

So where did this idea start? Is it really just that older generations believe piercings or tattoos make you ugly? Or is it because they think they carry negative connotations, such as a relation to substance abuse or archaic classist ideas of poverty?

According to a USA Today article, more people have tattoos or piercings than ever before. Meredith Newman’s article cited a Pew Research Center study stating about 38 percent of young adults between 18 to 29 have at least one tattoo.

“Ten years ago, there was an association between tattoos and alcohol, drug use, violence, sexual activity, eating disorders and even suicide,” the article said.

In my opinion, this is no longer true today — the idea that everyone who decides to hop on the piercing/tattoo bandwagon has some sort of mental illness is ludicrous and outdated. How could something that such a large portion of the population has be unprofessional? Not everyone can be unemployed because of the style decisions they make.

As more of younger generations age into adulthood and begin to support careers and families, these sort of body modifications will become more of a norm than an exception. Moving forward, these statistics will likely rise.

Now, perhaps there is something to be said for more uncommon piercings and tattoos – for example, those on the face may be considered more controversial than just a cartridge piercing. I believe this may change in time too, though it might not be as societally acceptable just yet. More people seem to have face tats now than ever in the media, so who knows what the future will hold.

Expense could also hold a contradiction for some of these modifications; starting prices for tattoos and piercings are typically $50 - $60, with prices rising for complexity and jewelry. In coming years, it is possible that these modifications will be signs of wealth or good fashion sense.

Generally, though, as is true for any style decisions you make, it’s your life and your body — do what you want (within safe boundaries). Everyone should mind their own business with matters of others’ appearances that don’t affect them. If you don’t like tattoos and piercings, nobody is saying you need to get one.