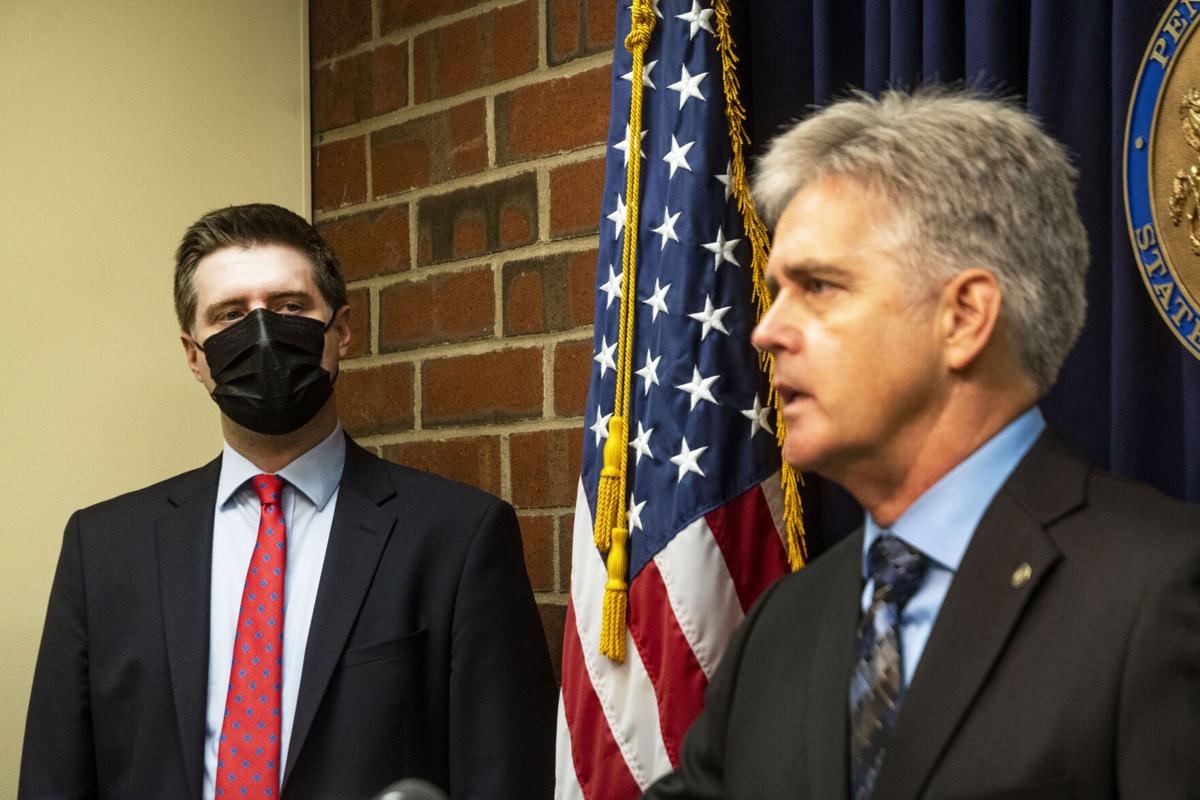 Centre County Board of Commissioners member and Chair Mike Pipe watches as State Representative Scott Conklin discusses a new bill, designed to increase mail-in voting security and counting flexibility in Centre County, during a press conference at the Allenway on South Allen Street on Monday, Oct. 11, 2021 in State College, Pa. The bill was authored by the county’s Board of Commissioners ahead of the November 2 elections, for which mail-in voting begins on October 12. 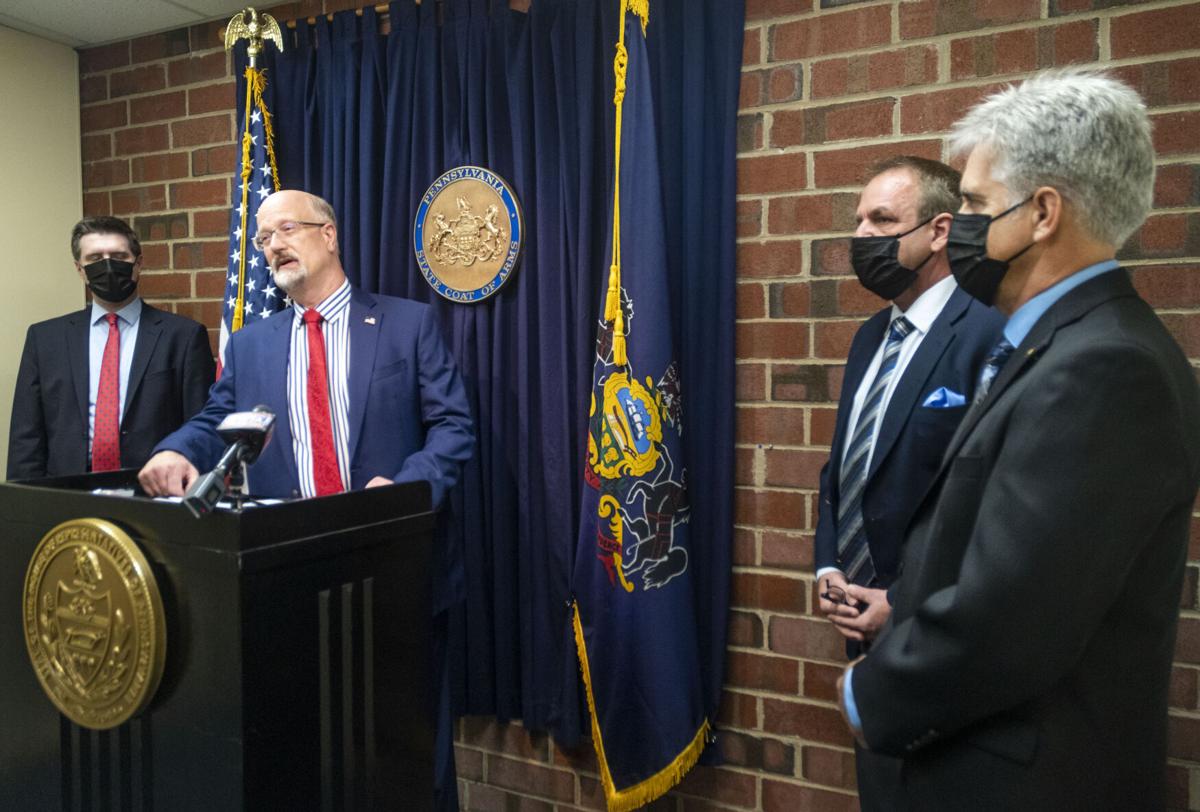 Centre County Board of Commissioners member and Vice-Chair Mark Higgins speaks during a press conference in which a new bill designed to increase mail-in voting security and counting flexibility in Centre County was announced at the Allenway on South Allen Street on Monday, Oct. 11, 2021 in State College, Pa. The bill was authored by the county’s Board of Commissioners ahead of the November 2 elections, for which mail-in voting begins on October 12.

“[This bill would] update our laws and create a system that not only expands voting access and makes voting easier but also strengthens trust in our system,” Conklin said.

The press conference was held at Conklin’s State College office in the downtown Allenway Building and included statements from Centre County Board of Commissioners Chair Michael Pipe, and Vice-Chair Mark Higgins.

“This bill… was not written by me,” Conklin said. “It was written by the county commissioners — I worked with Mark Higgins and Mike Pipe on this bill… this is a bill that helps the voters, it helps across the board.”

The bill would allow pre-canvassing of ballots up to 21 days prior to Election Day, which would enable "election officials to pre-count the ballots to not just dump them all on the morning of election day,” according to a spokesperson for Conklin.

According to Higgins, Centre County needed upwards of 300 volunteers to start at 7 a.m. in order to count the ballots on Election Day in 2020, so the extended 21-day early counting period would be a “huge relief.”

The bill would also require early voting, a public voter fraud hotline and give local election boards more flexibility in selecting ballot return locations — such as drop boxes, according to a press release.

Conklin said the bill would address concerns raised by the 2020 general election, which was a “perfect storm” of events that resulted in confusion around the legitimacy of the voting process and led to several state-level election audits.

In order to clear up any voters’ lingering misgivings from the 2020 election, Conklin said the bill would require risk-limiting pre- and post-election audits supervised by a representative from both the Democrat and Republican parties.

Pipe said he hopes the bill will serve as a model of election reform to county election officials across Pennsylvania, noting that similar laws have been passed in other states.

“This is nothing new,” Pipe said. “These are [measures] that are proven to work in making our democracy strengthened — making our elections more accessible.”

On Wednesday, the section of South Sparks Street between Westerly Parkway and West Hamilton Avenue will be closed to commuters from 7 a.m. to 5 p.m.

Conner Goetz is an administration reporter for The Daily Collegian. He is a sophomore studying digital and print journalism as well as new media entrepreneurship