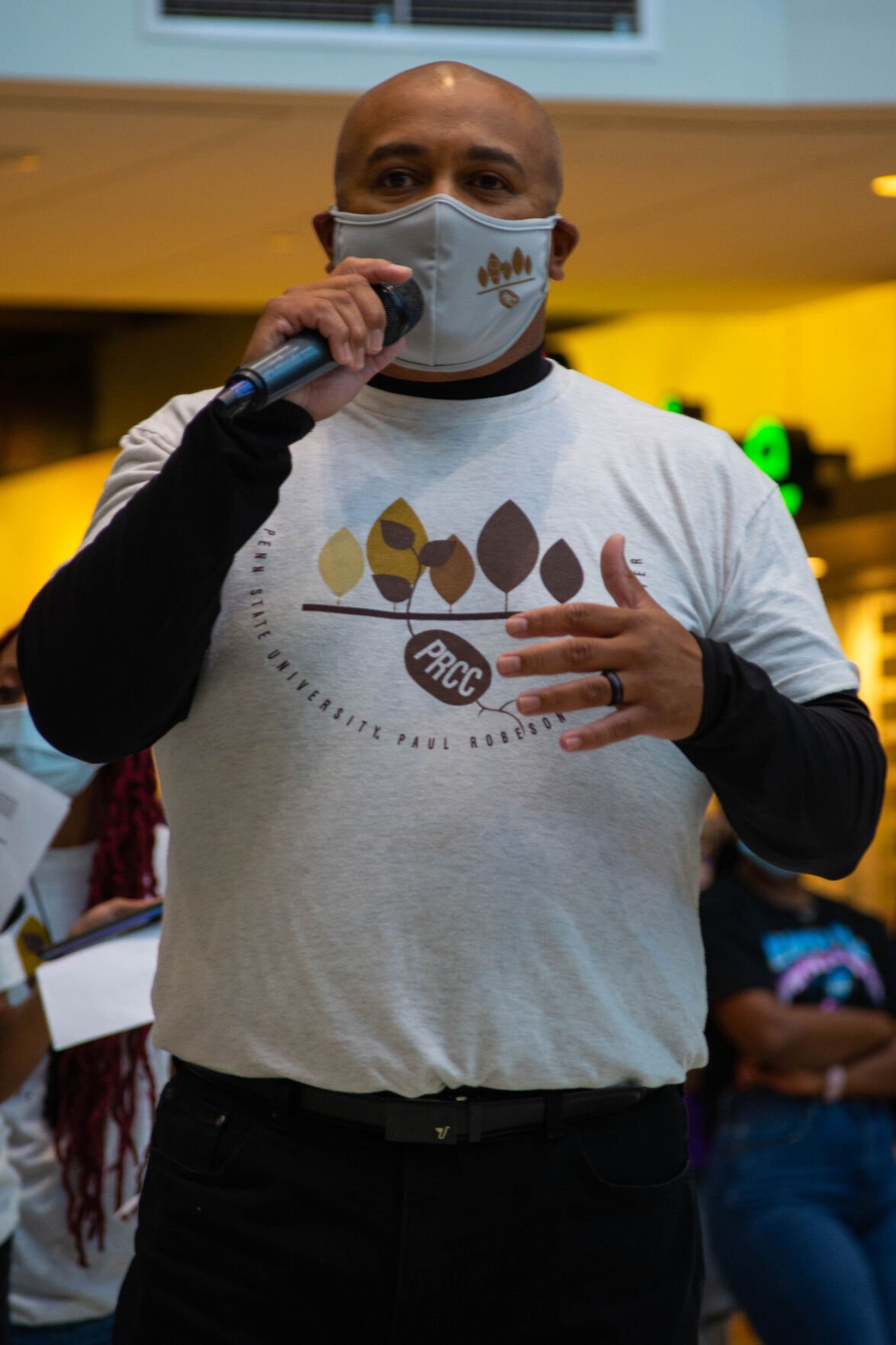 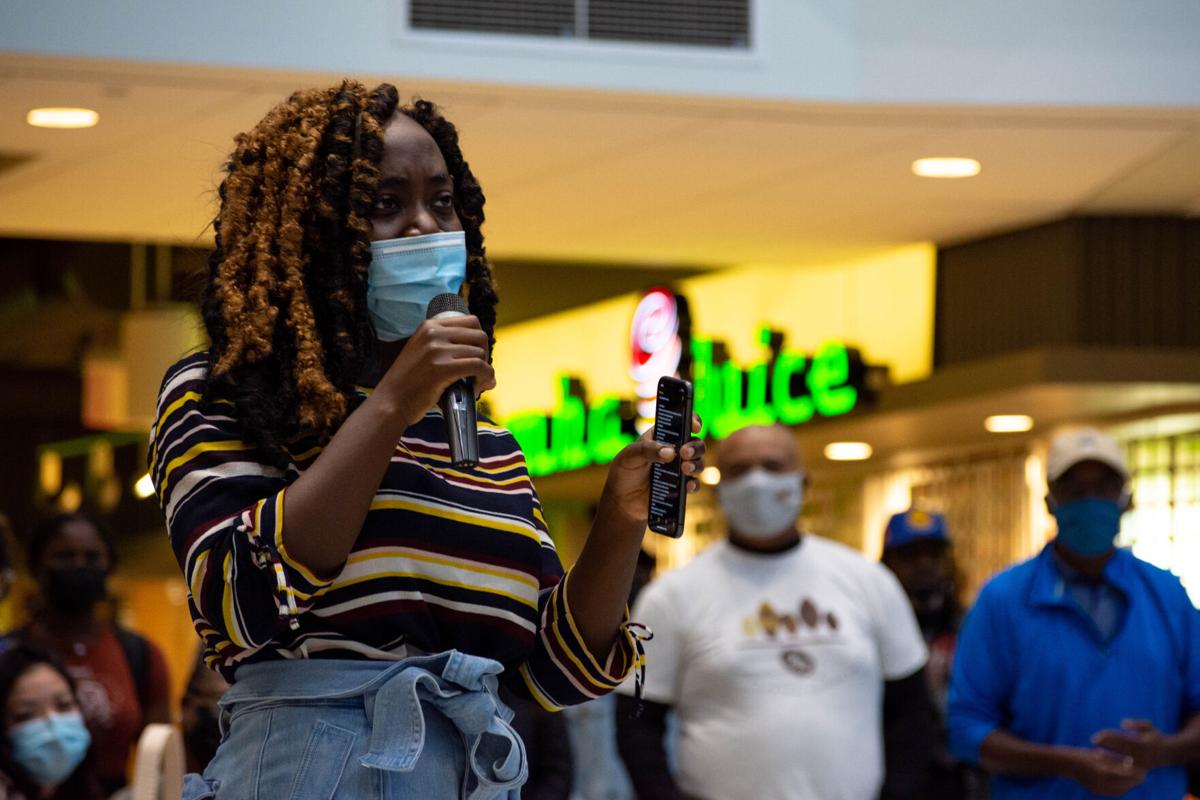 The pep rally celebrated “the diversity of the student of color community at Penn State through performances by different cultural-based organizations,” according to Carlos Wiley, director of the PRCC.

Over 100 people crowded onto the HUB's Monumental Stairs. Hundreds of others watched from the floor, as well as the second and third levels of the HUB.

The pep rally, which featured dance teams and spoken word artists, was started to encourage more students of color to participate in Homecoming activities, Wiley said, and it has had a positive effect on “community engagement.”

Clair Dunham, Homecoming's public relations director, said Homecoming's mission is to "celebrate pride and tradition" for all Penn Staters — regardless of background.

"We're just happy to celebrate all those different aspects of the community and showcase the diverse perspectives we have at Penn State, Dunham (senior-public relations) said.

Lexie Wells, an event planner, said people of color felt "isolated from Homecoming before the [PRCC] connected the rally to Homecoming in 2020."

Wells (junior-management and information systems) said the purpose of the rally was to "instill pride within the multicultural community."

One of Wells' favorite parts of the event was when a girl with glasses took them off and danced.

"I wasn't expecting her to kill it," Wells said. "She did a good job."

Marika Reynolds, another event planner, said she liked the performance of the Black Elites, a new dance organization that opened the pep rally.

"I thought they really set the bar high and really brought the energy for everyone," Reynolds (junior-global and international studies) said. "I think all the dancers did really well."

Wells said she liked the multicultural aspect of the rally, especially relating to the variety of Greek life that appeared. She said she enjoyed seeing sororities and fraternities that were not part of the "Divine Nine," meaning historically Black Greek organizations.

Reynolds aksi said she liked seeing every level of the HUB watching the rally and was impressed by the roll calls of the Greek organizations.

Tetsuo Takahara, a graduate assistant in the PRCC, said though 2020's pep rally on HUB Lawn was well-attended, the pep rally in its "original format" this year turned out well.

Wiley said last year's rally was socially-distanced with masks and was attended by about 200 people.

"There was really good energy," Takahara (graduate-higher education) said. "I think students were happy to be able to come back and celebrate community and being together, especially after midterm season, so everyone probably has a lot of stress to get out."

Takahara said he hopes to see more people of color in the PRCC in the HUB in the future.

Jalynn Burruss, one of the hostesses of the pep rally, said she believes Penn State's size contributed to the isolation of people of color in the past regarding Homecoming.

"It was really a great experience to see everybody who represented here today," Alliyu (senior-data science) said.

"We still had a great time, but I'm glad to be back in the HUB where we started," Showell (junior-marketing) said.

It was also great for Showell to attend the rally with her friends — many of whom were home in 2020, she said.

Showell said seeing the Black Elites and supporting Alliyu and Afrique Fusion were her favorite parts of the event.

The PRCC is a "hidden gem," Showell said, of the HUB and Penn State as a whole.

Penn State announced President Eric Barron will host a virtual town hall at 4 p.m. on Nov. 8 to address sexual misconduct at the university an…

Penn State Transportation Services and the Borough of State College have announced updates related to the Spin E-Bike Share program.

Danny Gotwals is a news reporter for The Daily Collegian. He is a senior majoring in digital and print journalism with a minor in economics.