Penn State reported its sixth sexual offense of the fall semester at 5:49 p.m. on Wednesday, according to a University Park-issued Timely Warning.
Penn State University Police and Public Safety reported a fondling incident that occurred at 4:16 p.m. on Tuesday, according to the Timely Warning.
The incident occurred at an off-campus fraternity house on Saturday at an unknown time, the report said.
MORE COPS COVERAGE 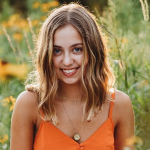 Katelyn Garcia is a crime and courts reporter for The Daily Collegian. She is a sophomore majoring in digital and print journalism and Italian with a minor in digital media trends and analytics.