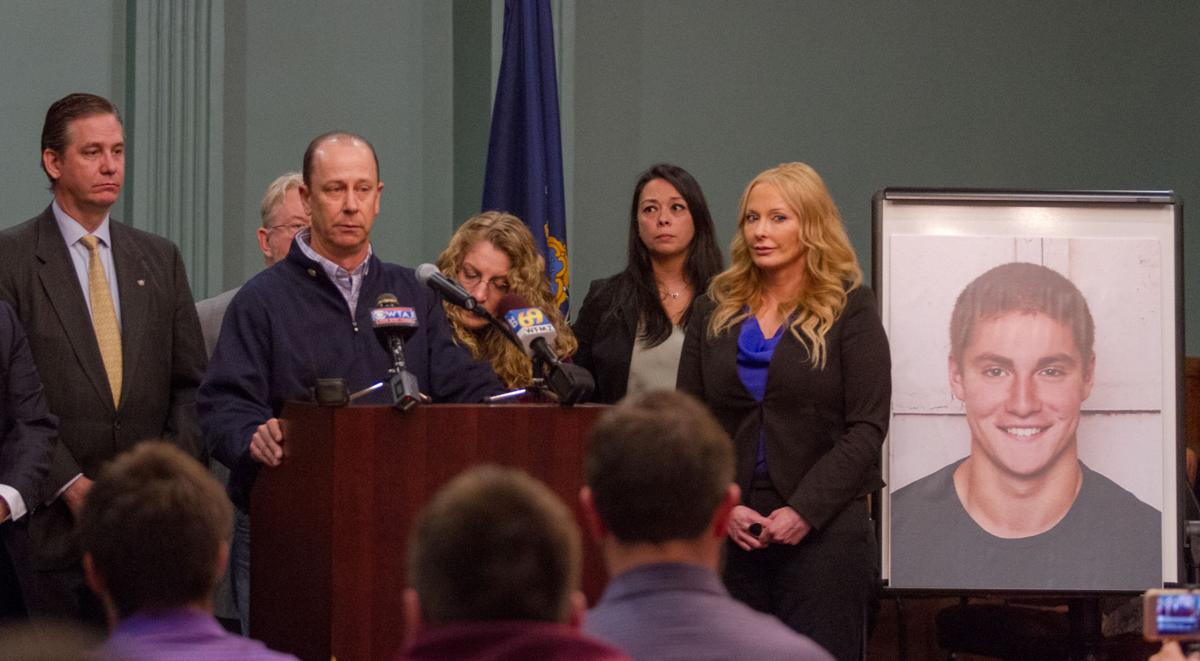 Jim Piazza, father of Tim Piazza, speaks during the announcement of charges in his son's death at the Centre County Courthouse Annex on Friday, May 5, 2017. 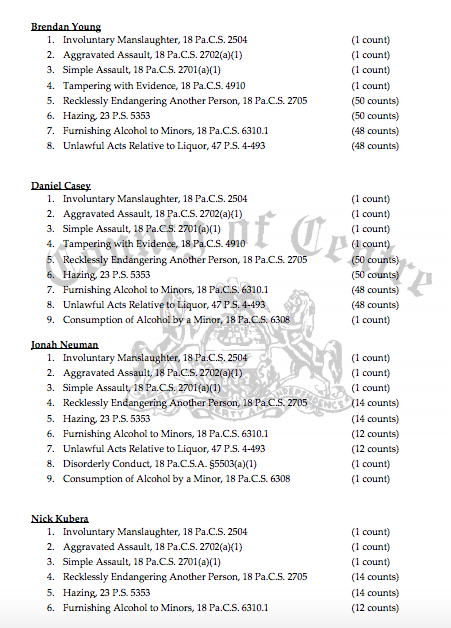 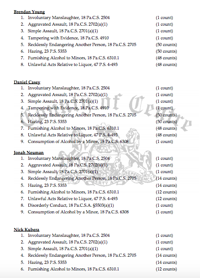 Charges against members of the Beta Theta Pi fraternity.

Eighteen members of the Beta Theta Pi fraternity and the fraternity corporation had charges filed against them Friday morning for their alleged role in the death of Penn State sophomore Timothy Piazza.

Piazza died on Feb. 4 after suffering injuries at a pledging event at the Beta Theta Pi fraternity, as previously reported by The Daily Collegian.

Piazza's blood alcohol level was between .28 and .36 percent, according to court documents released Friday morning.

"Also Tim Piazza might actually be a problem," former Beta Theta Pi brother Greg Rizzo posted in a group message the night of the incident, according to court documents. "He fell 15 feet down a flight of stairs, hair-first, going to need help."

Piazza's death, along with hazing and other infractions, led to Penn State issuing various sanctions on greek life on March 30, which altered the rules for how the groups recruit members and host social events with alcohol. Beta Theta Pi was also permanently banned from Penn State.

Other infractions included alleged hazing at Phi Kappa Psi, forcing Alex Frederick to step down as Interfraternity Council president, on Feb. 15 along with other officers from the fraternity.

Police charged Beta Theta Pi's house manager, Braxton Becker, on Feb. 17 with 10 felony charges and five misdemeanor charges for selling marijuana and drug paraphernalia, at the fraternity house. The investigation began before the death of Piazza.

The IFC responded to the letter with one of its own. The IFC's letter asked students, administrators and alumni for help in dealing with the ongoing situation. The letter asked for more support from those groups to help with preventing another death.

In addition to the 18 students being charged, Beta Theta Pi corporation was charged with involuntary manslaughter.

The 10 brothers appeared in court, each with a lawyer for an initial hearing of the charges and to negotiate bail.

Timothy Piazza and the Beta Theta Pi case: Everything you need to know before Monday's preliminary hearings

Madison Downes (junior-biology) plays with her dog outside of Eastview Terrace on a warm March 3, 2021.