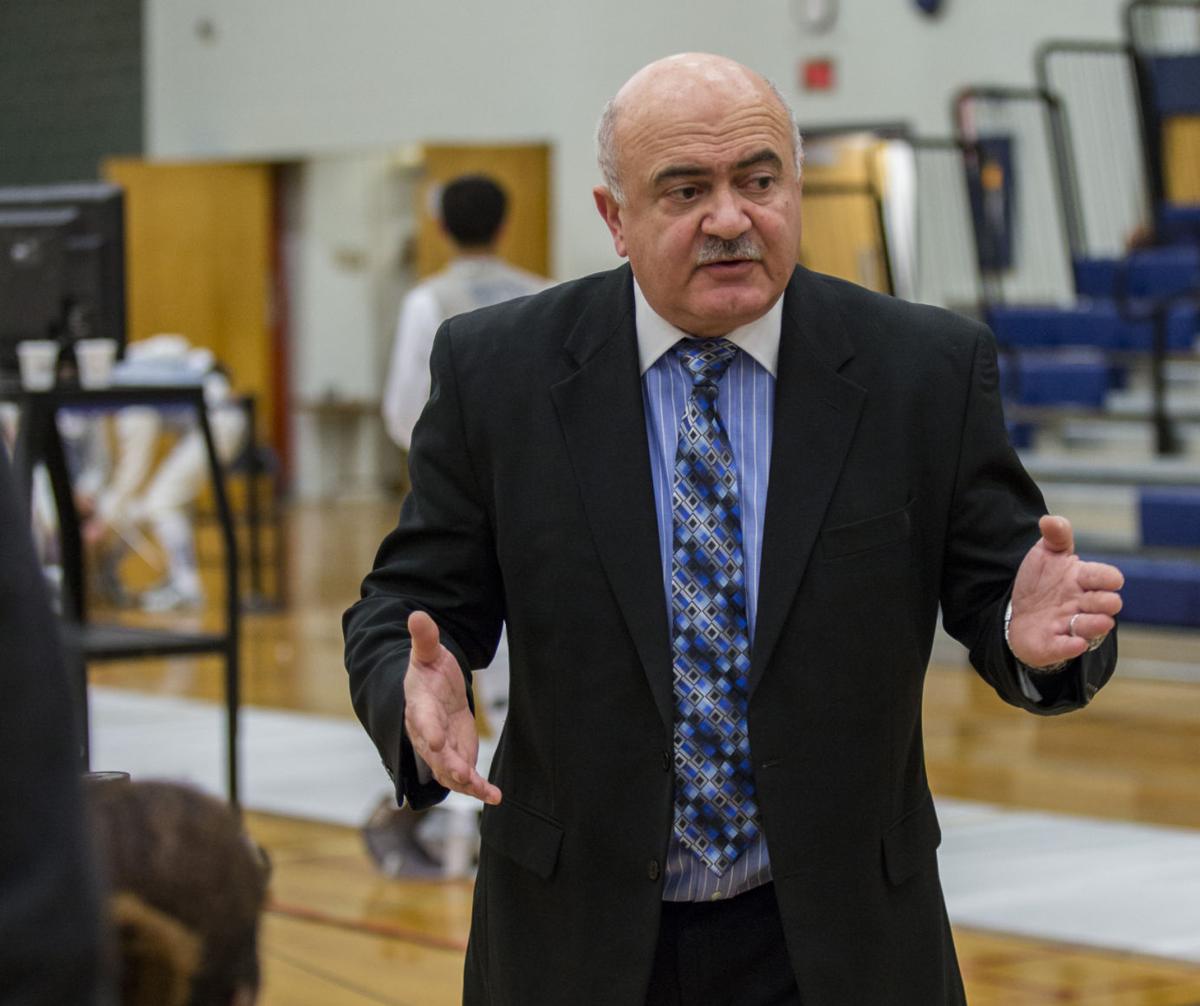 Assistant coach George Abashidze talks with a group of foil fencers after thier bouts with Yale during the duel in the White Building on Saturday, Jan. 16, 2016. 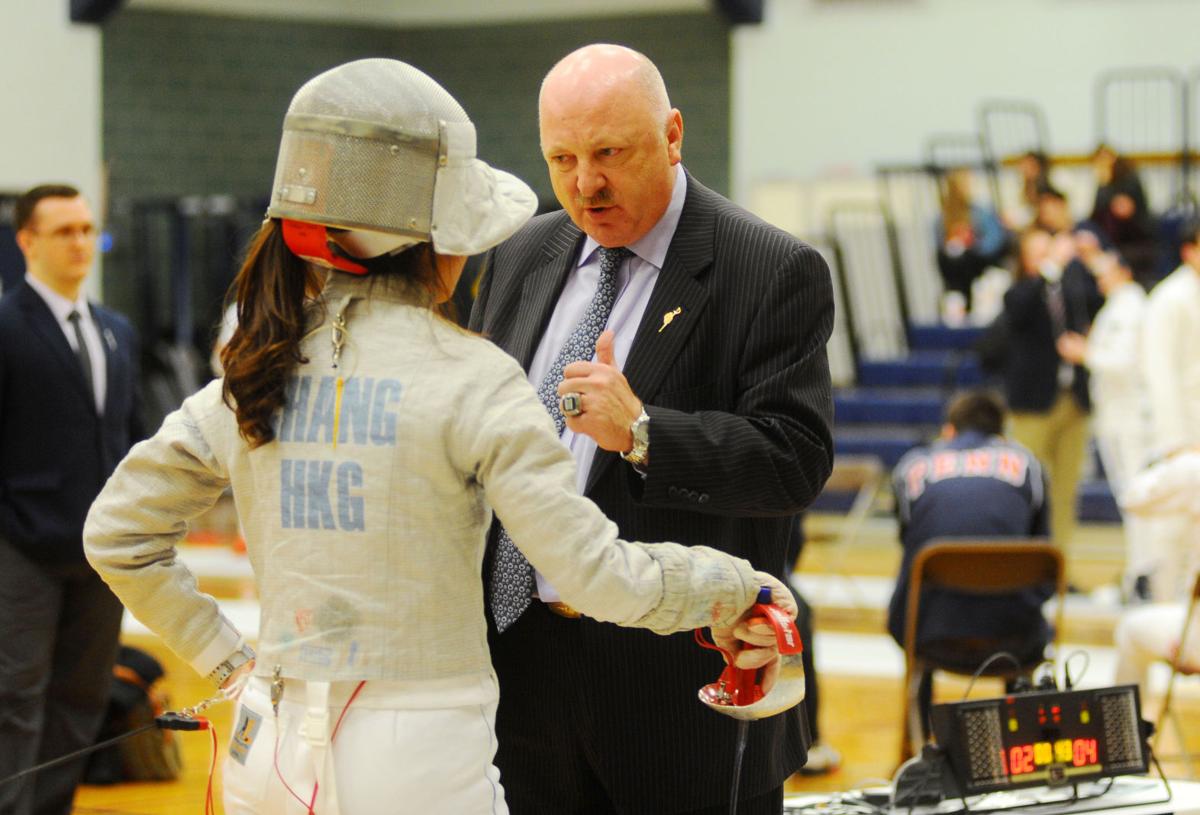 In this Jan. 17, 2015, file photo, head coach Wieslaw 'Wes' Glon talk to Karen Chang (saber) during a time out at the Penn State Invite fencing meet in the White Building.

Abashidze was placed on administrative leave by the university prior to his 10th year as an assistant coach with the Nittany Lions in September 2018.

The U.S. Center for SafeSport, a nonprofit organization seeking to end abuse within American athletics, lists sexual misconduct and sexual harassment violations under Abashidze's name within its database of disciplinary records.

In her complaint, Oldham alleges on a Dec. 12, 2017 flight from Portland, Oregon, an intoxicated Abashidze seated next to her persisted with "sexual overtures" for several hours, which eventually escalated to physical assault.

According to Oldham, Abashidze allegedly made sexual and inappropriate remarks about his wife and former students. She said Abashidze first asked her to have sex with him, before insisting on it.

When she refused, he allegedly sexually assaulted her.

The incident was witnessed by a fencing equipment vendor seated on the other side of her, Oldman said.

Oldham, afraid that offending Abashidze may damage her "career prospects" due to his "prominence in the fencing world," was unsure what do to about the situation after returning back home to her husband in North Carolina, according to the affidavit.

In an attempt to seek advice, Oldham reached out to her fencing mentor and friend, Ed Korfanty, who is another prominent fencing coach based in Portland.

He reported Oldham's accusations to Glon, who traveled with Abashidze in January 2018 to meet with her to discuss the situation.

Oldham accused the two coaches of attempting to intimidate her into silence, telling her no one would believe her and implying he would "make sure of that."

She also claims Glon insisted Abashidze apologize to her, and that would be "sufficient for [Oldham] to drop the matter."

Oldham said Glon told her he still did not intend to report the incident to Penn State at that point.

In her affidavit, Oldham claimed Glon and Abashidze launched a "defamation campaign" against her in the competitive fencing world in 2018, which has continued to the present.

Oldham reported online and in-person harassment from colleagues who believe Abashidze did nothing wrong.

"I was made to feel unwelcome at social gatherings following the competitive events," Oldham wrote in her affidavit, "an important aspect of forging professional bonds in the tight-knit circle of fencing."

In addition to claims against Glon and Abashidze, the lawsuit accuses Penn State of trying to cover up the incident and refusing to hold the two coaches accountable.

Oldham said her fencing club has lost students as a result of the defamation claims, and she and her attorneys are looking for ways to place protections for herself and potential witnesses moving forward.

Penn State football captain Jonathan Sutherland was charged with misdemeanor criminal mischief and disorderly conduct Friday, according to a d…

William Aguirre is a crime and courts reporter for The Daily Collegian. He is a junior majoring in digital and print journalism with a minor in ethics.