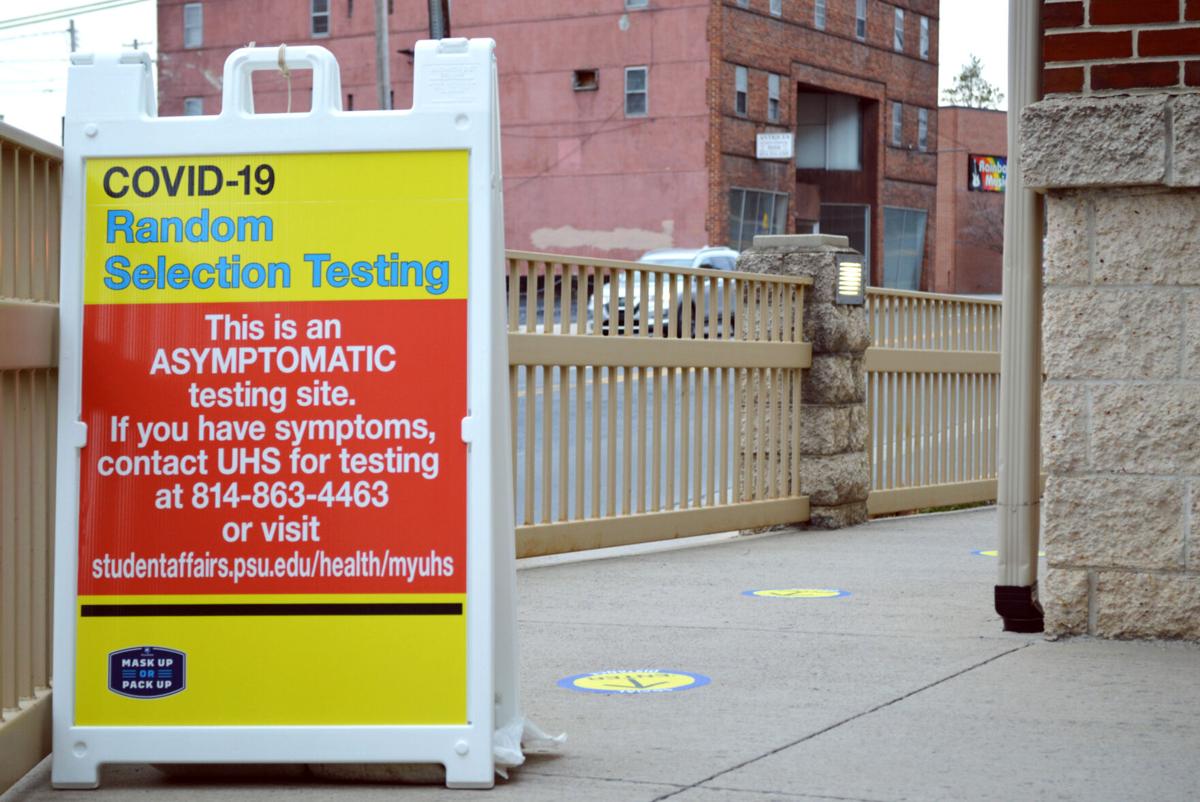 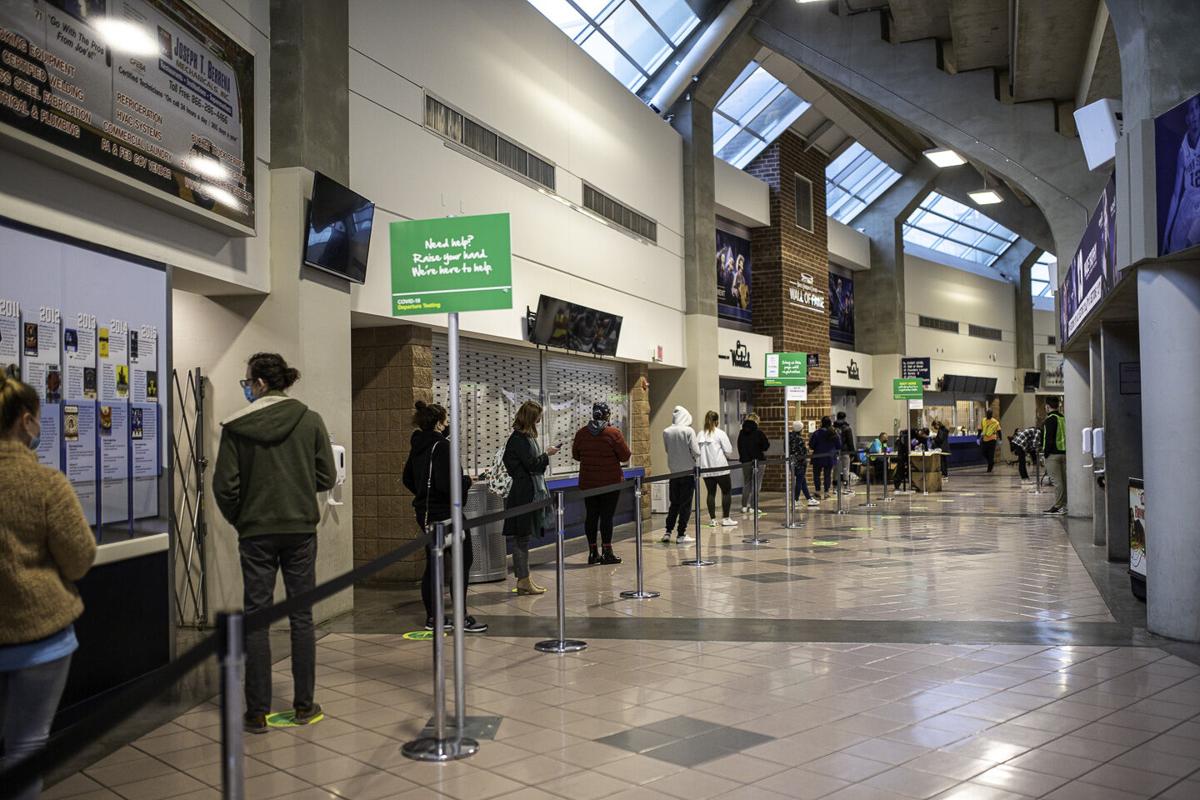 Students in line to receive their departure tests inside the Bryce Jordan Center on Wednesday, Nov. 18, 2020.

News of the coronavirus began to make waves across the Pacific to the United States in early 2020. At the time, it seemed like a distant anomaly that many Penn Staters likely didn’t consider. Ultimately, the pandemic would go on to shape and change many students’ experiences at the university.

Here’s how Penn State has been impacted by the pandemic over the past year.

March 11, 2020: The university announced in-person classes would be suspended and campus would close until April 3 following spring break. Many students believed the pandemic would only have a minor impact on the semester.

March 18, 2020: A week later, Penn State passed its decision to extend virtual classes until the end of the spring 2020 semester. Students would adapt to lectures and classwork through Zoom.

March 19, 2020: Two students were officially confirmed to be the first from Penn State to test positive for the coronavirus. Each student participated in study abroad programs and were off campus while sick.

March 20, 2020: The Pennsylvania Department of Health reported the first positive coronavirus case in Centre County. At the time, nearly 300 cases were reported throughout Pennsylvania.

March 24, 2020: University Park saw its first positive coronavirus case on campus, though it was not reported whether it was a student, faculty or staff member.

April 6, 2020: To the dismay of the class of 2020, Penn State announced it would hold spring commencement virtually.

April 17, 2020: The first death from coronavirus complications was reported in Centre County. At the time, there were only 73 cases throughout the county.

June 14, 2020: Penn State announced its campuses would reopen for the fall 2020 semester with partial in-person classes. Students would take primarily virtual classes from the comfort of their bedrooms.

September 8, 2020: In the thick of virtual classes, Penn State announced students would have to continue hunkering down for Zoom classes for the spring 2021 semester.

October 5, 2020: Penn State canceled its 2021 spring break to avoid student travel, which would ultimately lead to the creation of three university-wide wellness days.

October 31, 2020: After a year, Penn State took the field for its first home football game of the fall 2021 season at Beaver Stadium following the approval for a return of the sport. It was a glimpse of normalcy for the university.

December 18, 2020: The United States anticipated an uptick in coronavirus cases following the winter holiday season, which caused Penn State to delay its in-person spring semester start by four weeks. Classes were previously delayed for a week to accommodate for the canceled break.

February 24, 2021: After nearly two and a half semesters of primarily virtual classes, Penn State announced it anticipates a majority of courses to be in person for fall 2021.

March 11, 2021: The rollout of coronavirus vaccines in the United States began in December, though it began in March at Penn State with a vaccination site in the Bryce Jordan Center. Pegula Ice Arena also became a vaccination center in April.

March 26, 2021: Penn State reported its first case of a coronavirus variant, B.1.1.7, which is more transmissible than the original strain, though vaccines are still effective against it.

On Thursday, April 29, the Regional Vaccination Clinic at the Bryce Jordan Center will conti…

Jade Campos is a news editor at The Daily Collegian. She is a junior studying digital and print journalism with minors in media studies and French.