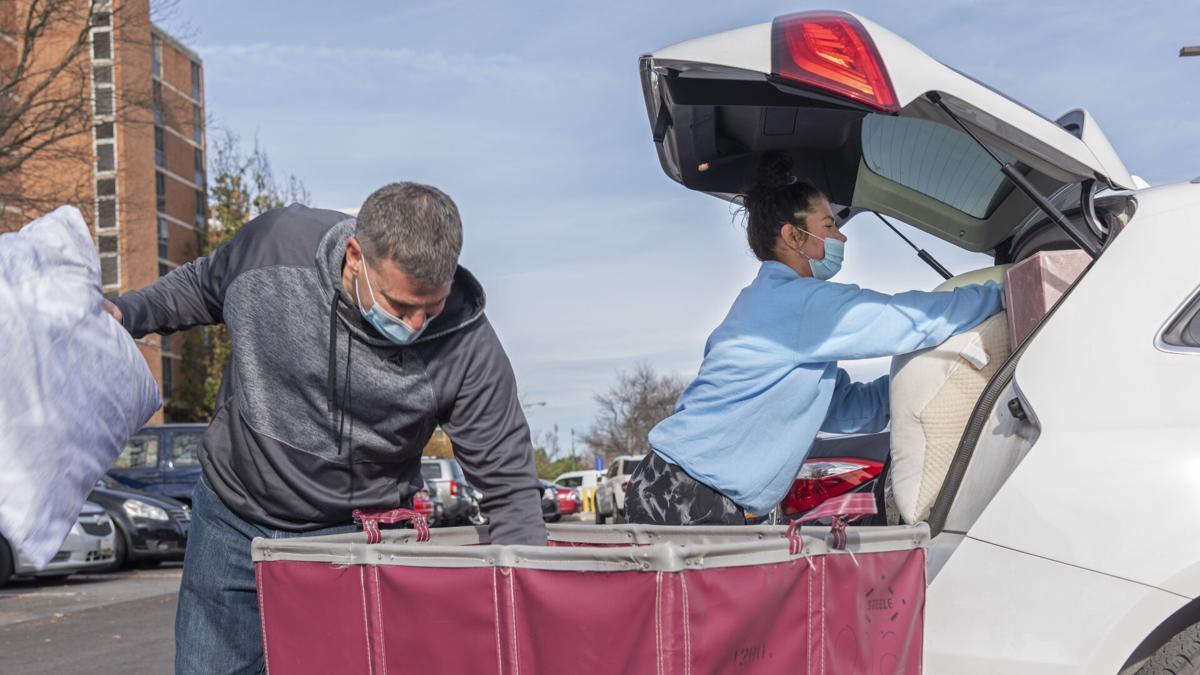 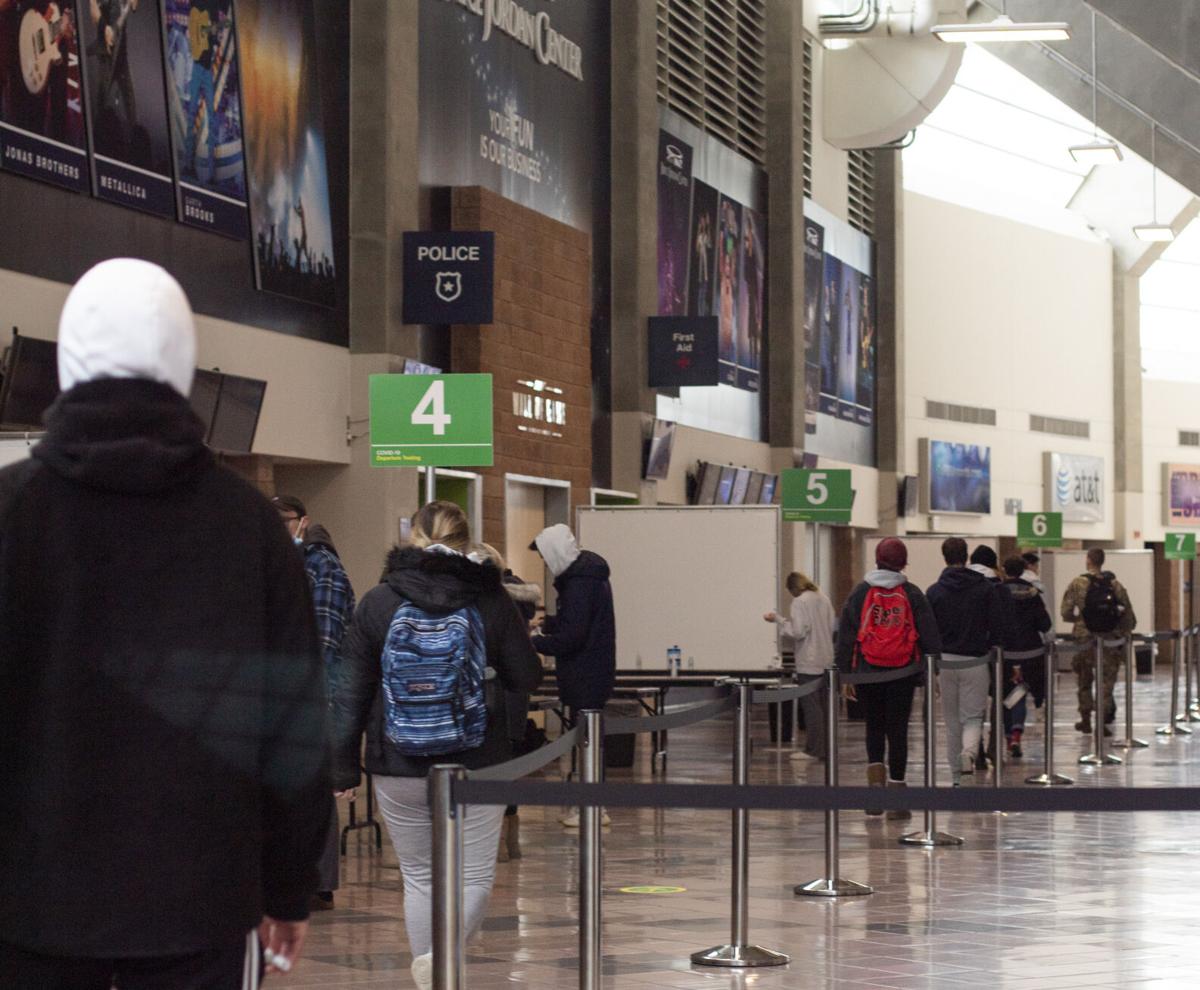 While on-campus students have waited for the chance to come back to Penn State, some wonder if there is the possibility of being sent home should coronavirus cases rise in the area.

Penn State began the on-campus move-in process for the spring semester on Feb. 9 for the start of in-person classes on Feb. 15.

From Aug. 7 to Dec. 18, there were a total of 5,052 positive coronavirus tests in the fall semester at University Park, according to Penn State’s coronavirus dashboard. However, Penn State never suspended in-person classes or sent all on-campus students home in the fall.

Despite the possibility of being sent home early, several students are still living on campus this spring. One of these students is Maggie Whalen.

Whalen (freshman-actuarial science) said she wanted to live on campus this semester to get the “college experience” even if it isn’t a typical year.

“I still wanted to at least try to have that experience,” Whalen said. “My parents are paying for it, so why not?”

Whalen doesn’t think the university would send students home early, especially after Penn State decided to bring students back to campus late. In December 2020, the university postponed the start of in-person classes and on-campus move-in until Feb. 15.

If any issues with the coronavirus were to arise, Whalen said she believes only students who were disobeying the safety regulations would be sent home.

Whalen said, however, she thought all on-campus students would be sent home if the quarantine space in Eastview Terrace filled up.

Andrew Waldman, another Penn State student living on-campus this semester, said he also believes on-campus students would be sent home if there were no more Eastview Terrace isolation rooms.

“If that capacity is filled and all their options are taken out, that’s when I think you could see some issues,” Waldman (freshman-mechanical engineering) said.

Waldman spent the fall semester at home taking classes online. For the spring, he decided he would live on campus.

“I’m personally a rather social person,” Waldman said. “I really wanted to be [on campus] to have that social interaction, which is one of the reasons I came to Penn State in the first place.”

Waldman, a member of the UPUA freshman council, said the UPUA meeting to discuss sending students home early in the fall was one of the most attended meetings of the semester. He said he felt the university made the right decision in not sending students home during the spike in cases because it could impact students’ mental health.

Another Penn State student living on campus this spring is Samantha Zanine.

Zanine (freshman-mechanical engineering) said she decided to live on campus, because she wanted to meet new people and thought it would be difficult to do that in a virtual setting. She also lived on campus during the fall semester.

“It was nice to have a roommate and someone to be with all the time who wasn’t family,” Zanine said.

Zanine added that she feels the university won’t send students home early. She said if an outbreak were to occur at Penn State, sending students home would just increase cases elsewhere.

While she feels it isn’t likely, Zanine said she believes the possibility of sending students home early still exists.

Zanine said she felt the university would only send students home if a “lockdown scenario” were to occur where cases were rising all across the country.

Allison Eisert chose to live on campus, because she wanted to get acclimated with campus and get away from home as well .

As coronavirus vaccinations roll out across the country, State College and Centre County are…

She said she believes it would take a widespread disregard of coronavirus regulations for the university to send students home early.

“[Penn State doesn’t] want to suspend everyone,” Eisert said. “Then they’re not getting their money.”

Daniil Skulskii, a student from Penn State Harrisburg who is currently living on campus, also thought financial impact was a major factor in the university’s decision not to send students home early last fall.

“They want money,” Skulskii (freshman-psychology) said. “They cannot afford to lose any more tuition money than they already are losing.”

Skulskii decided to live on-campus this semester, because he thought it would be beneficial for his mental health.

“I do not see it fit for myself, as a college student, to live with my parents,” Skulskii said.

Skulskii said he “enjoyed” that the university administration was treating the Penn State commonwealth campuses differently. He said he felt University Park students were less vigilant of the rules compared to students at Harrisburg, citing the incident that occured at East Halls during move-in week in the fall.

Skulskii said he believes it would take an exponential spike in cases that would be higher than any other point in the pandemic in order for students to be sent home. He doesn’t believe it would be in relation to ignorance of social distancing guidelines.

“The best things we can do are wear a mask and follow the guidelines of the university,” Skulskii said.