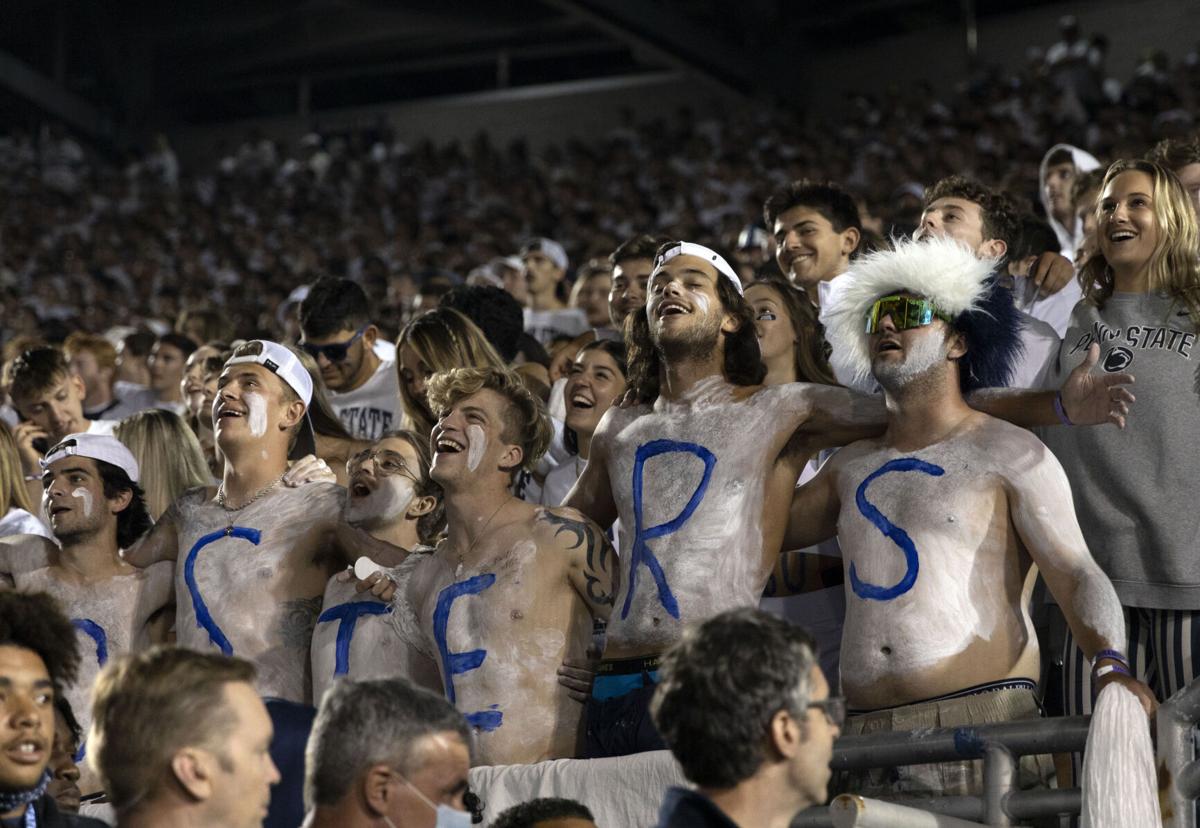 Members of the student section sing the Alma Mater before the kickoff of Penn State football’s Stripe Out game against Indiana at Beaver Stadium, Saturday, Oct. 2, 2021. The Nittany Lions shut out the Hoosiers 24-0. 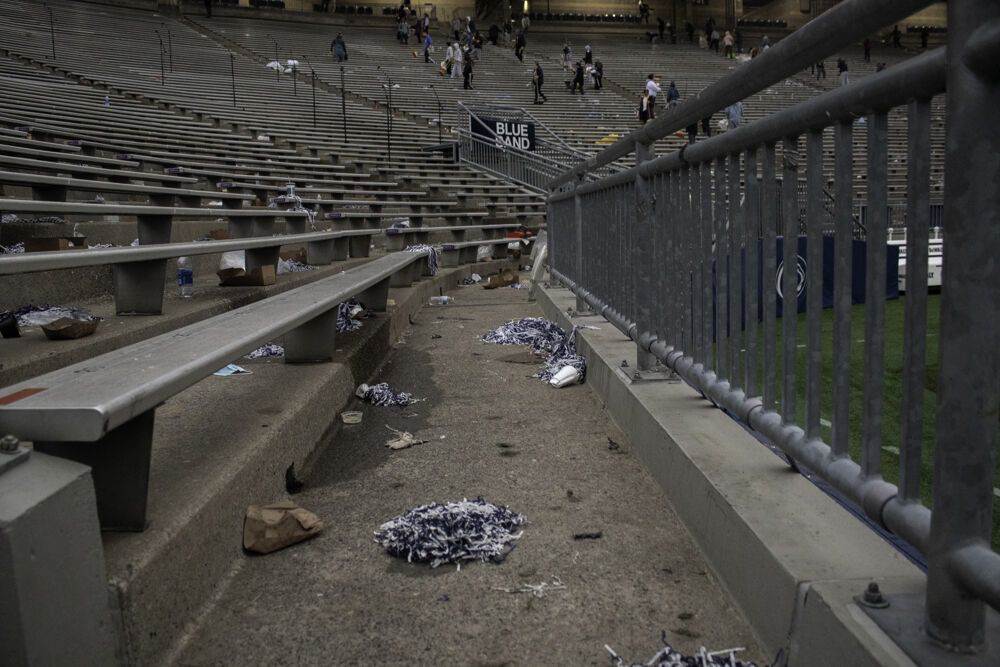 Beaver Stadium’s student section is often considered one of the best in the country.

After Penn State’s White Out win against Auburn, the student section won Taco Bell’s Live Más Student Section of the Week — an award it also won in 2019.

Despite the set number of student section ticket sales, some students said it seems overfilled, with people settling in on the stairways, standing in between any open spaces and squishing themselves to stand on the bleachers.

Student tickets went on sale in late July, with approximately 21,000 tickets sold — filling up a majority of the south end zone, according to Kristina Petersen, associate athletics director of Penn State Strategic Communications.

But, student Emily Bleehash said to get seats, she had to arrive at the stadium early.

“We always have to link arms or hold hands because it is such a struggle to get in and out of the sections,” Bleehash (senior-marketing and labor and employment relations) said. “It’s literally like herds of people pushing — I strongly dislike it.”

Bleehash also said if someone leaves to go to the bathroom or buy food, finding a seat again is worse.

Veronica Alonso said “you have to get there 30 minutes before, and if it’s a big game, more.”

Alonso (freshman-international politics) said she tends to arrive at the stadium 15 minutes before kickoff, but there are no seats left.

She said she had to stand in aisles because even the stairs were too crowded.

In addition to overcrowding, Alonso said fights are an issue, and security personnel “kick people out all the time.”

Another issue due to the crowding, according to Katlynn Rosenberry, is medical teams are unable to reach situations like fights.

“I witnessed a medic who needed to get through to get to a student, and the crowd would not get them through,” Rosenberry (junior-advertising) said. “And then, a policeman had to come up and weave through all of the students in the aisle.”

Rosenberry also said the students themselves are an issue, as they “aren’t very respectful all of the time.”

“As we always have, we hold after action reviews following each game and continue to monitor and adjust accordingly to address any fan concerns related to our contests,” Petersen said via email.

James Dugan said another issue has been students throwing objects in the student section, such as their empty water bottles.

Dugan (sophomore-business) said there are many people on top of you since “there are two people for every spot” in the stands.

Jeremy Lehman said students will ask for other students to move down the bleachers to make more room for themselves.

As a large part of the social scene at Penn State, Liam Walker said he still has a good time at the games.

Despite this, Walker (freshman-division of undergraduate studies) said he thinks the student section is definitely overfilled, and it’s “a little unsafe.”

“It’s hard to have the freedom of mind that you could get out of the stadium without having to push or touch someone,” Walker said. “ I would say the crowding has officially become an issue.”

Midterm season is in full swing at Penn State, and this fall is the first semester many fres…

According to a report, James Franklin is now represented by a new agency.