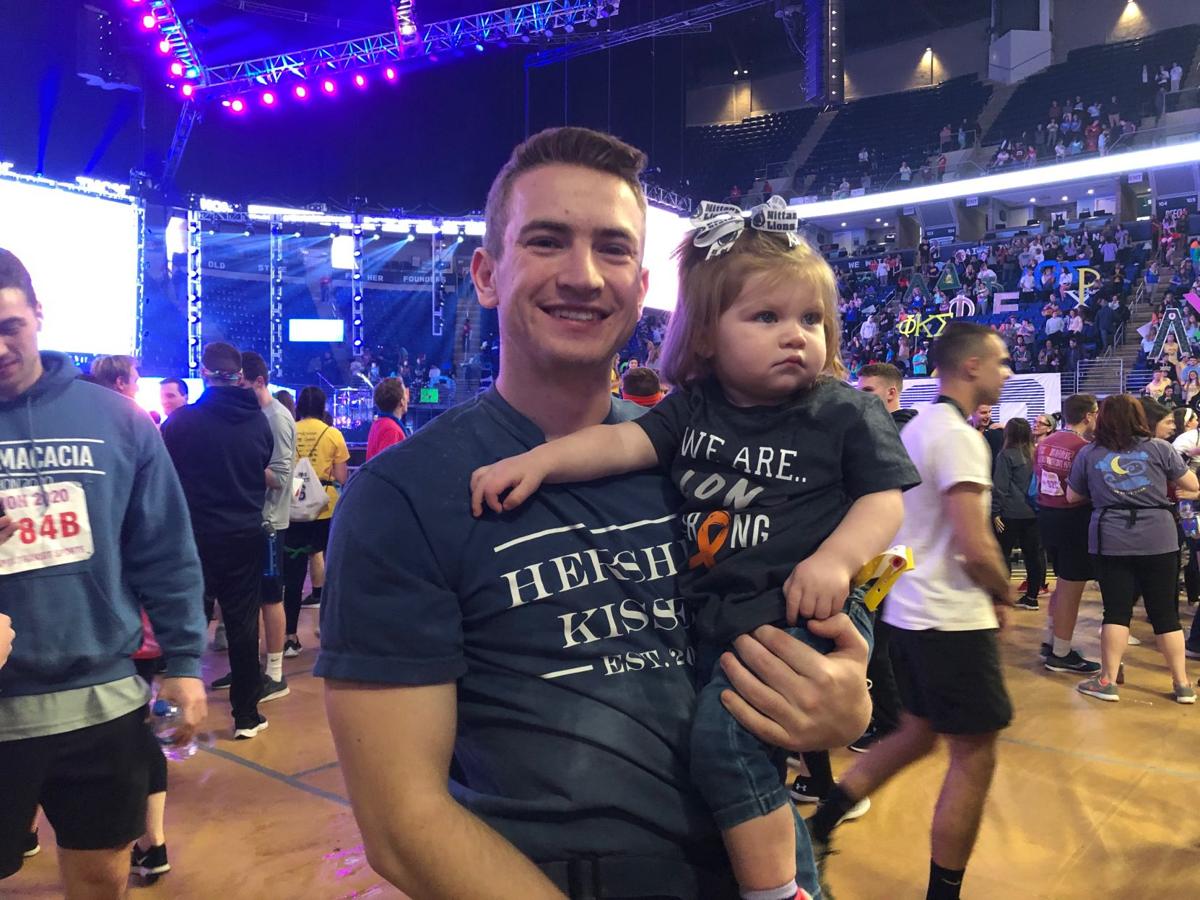 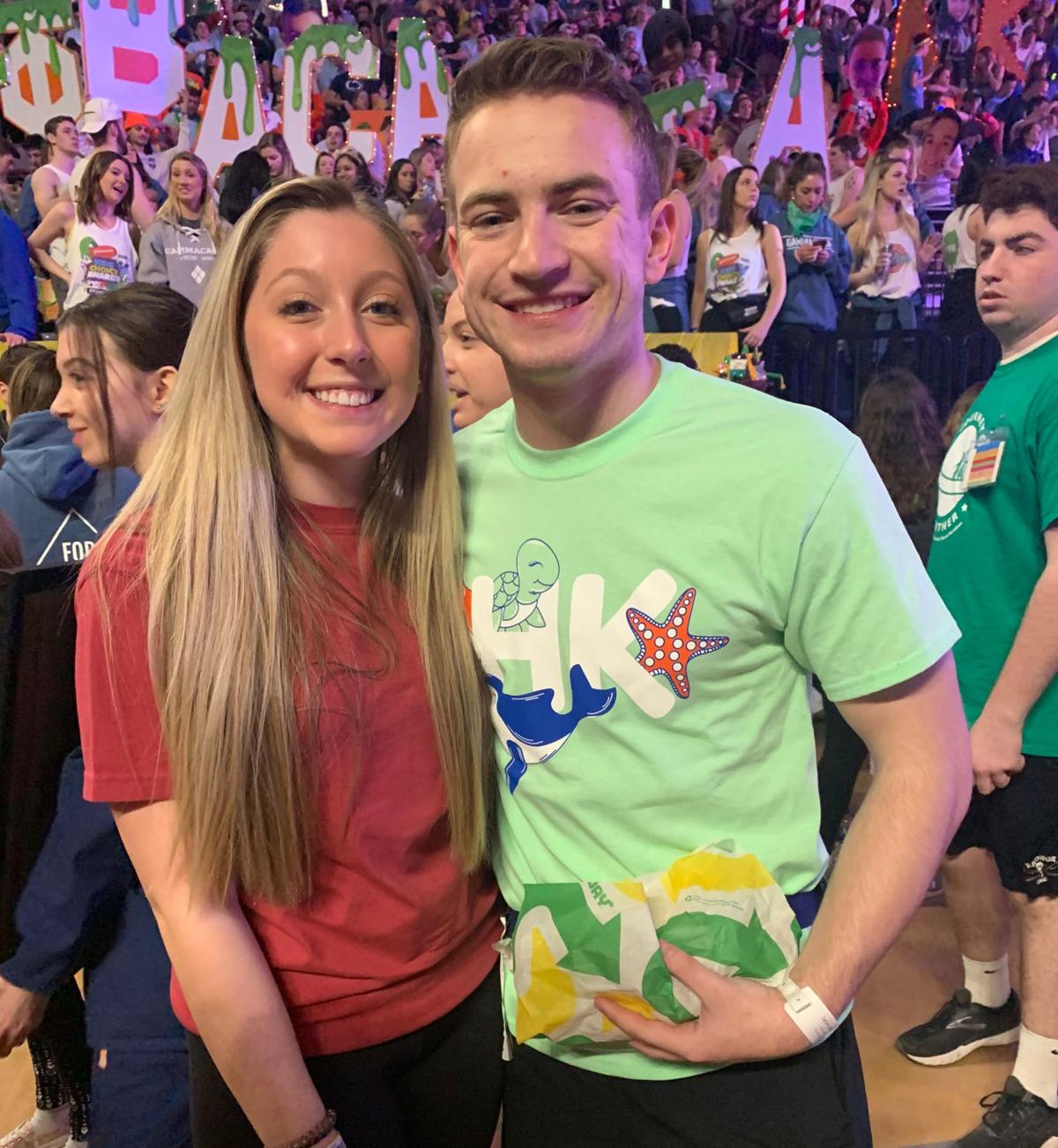 Zach Long comes from a Penn State family. In fall 2018, he had high hopes and big aspirations for his freshman year at the university.

Little did Long (sophomore-actuary science) know that adjusting to college would be far from the biggest challenge he’d face that year.

“It was one of the scariest days of my life,” Long said.

Long spent what is supposed to be one of the most exciting years of a person’s life undergoing constant treatments. Due to a poor immune system and seemingly endless treatments, Long said he was unable to attend THON 2019.

“A year ago today, I was probably getting a needle stuck in me,” Long said.

Four Diamonds was with Long and his family every step of the way, according to Long, and because of this he made it his mission to give back to THON.

After undergoing his last treatment on Aug. 5, 2019, Long said he gave himself three goals — first, to join a THON organization; second, to dance at THON; and third, to give back to Penn State.

Six months later, Long has accomplished all three of these goals.

“I’m just so happy to be here,” Long said as he stood in the Bryce Jordan Center as a dancer. “It’s an honor to be able to represent all the THON kids who weren’t as lucky as me.”

Dancing for Hershey Kisses, Long recalled when, a few days ago, the organization's “grievance team” made ribbons with the names of THON children who had died.

Long came across a ribbon with the name Damian, a child who died when Long himself was battling cancer.

“I thought about how easily that could’ve been me, so I’ve been thinking about Damian a lot this weekend,” Long said.

Long said dancing at THON meant a lot to him. He said he was honored to be able to give back to Four Diamonds and THON because of how much they helped him during his battle not too long ago.

“The rest of my life I’m going to be working to make [Four Diamonds] proud,” Long said.

Long’s parents, Dennis and Shelly Long, said it was difficult for Long to accept the diagnosis because his lifelong dream was to go to Penn State.

“He went from living his dream of going to Penn State to laying in a hospital bed fighting leukemia,” Long’s parents said in a statement via email. “That is not how his life was supposed to be at 19.”

Upon hearing the diagnosis, the first thing Long said to his mother was, “Mom, I’m going to be okay,” his parents said.

Dennis and Shelly noted that Long’s strength and sense of humor during the hard months was “amazing” and his usual spirit and energy returned once he was able to reconnect with friends and family.

When Long told his parents about his plan to dance at THON 2020, his parents said they were initially skeptical and hesitant.

“When he first told us, we were nervous, because he can't dance,” Long’s parents said. “And also, because he is only six months out of treatment.”

They were concerned that Long's body had still not not fully recovered from the treatments, and that he therefore wouldn’t be able to withstand dancing for 46 hours.

However, their caution and initial worry turned to excitement as they saw how eager and amped up Long was to dance on Friday night.

“He wants to give back and as he said, he dances for those that can't,” they said. “That is a powerful statement.”

Long’s parents said Long took up the challenge of doing push ups by the hour for every hour left in THON.

Regarding how THON 2020 impacted Long, Dennis and Shelly said Long has turned his experience into “a purpose FTK.”

Concerning the impact THON and Four Diamonds had on their family during Long’s battle, Long’s parents said Four Diamonds was with them from the moment Long landed on the helipad at the hospital in Hershey.

They mentioned the services offered by Four Diamonds, whether it be financial assistance or therapy for the family.

“Our son went from laying in a hospital bed to dancing in THON in just one year and three months and all because of the new treatments available due to that research,” the couple said.

They added Four Diamonds allowed them to focus on Long and his recovery rather than worrying about paying for the treatment or figuring out where they would sleep and what they would eat.

Shelly said the pain and sadness got to her at first, but soon “the fighter in her” pulled through. She emphasized the importance of relying on a strong support system as a key to working through these tough circumstances.

She also said it is important to cry when necessary, but laugh just as much.

“There is nothing more fierce than a parent trying to save their child,” Shelly said. “Be strong and fight on.”

What is THON to you? Borough Manager Tom Fountaine and FOTO members on why they THON

Many Penn State students spend their four years longing for the opportunity to dance at THON.

James Langan is a sports reporter at The Daily Collegian. He is a junior majoring in broadcast journalism.