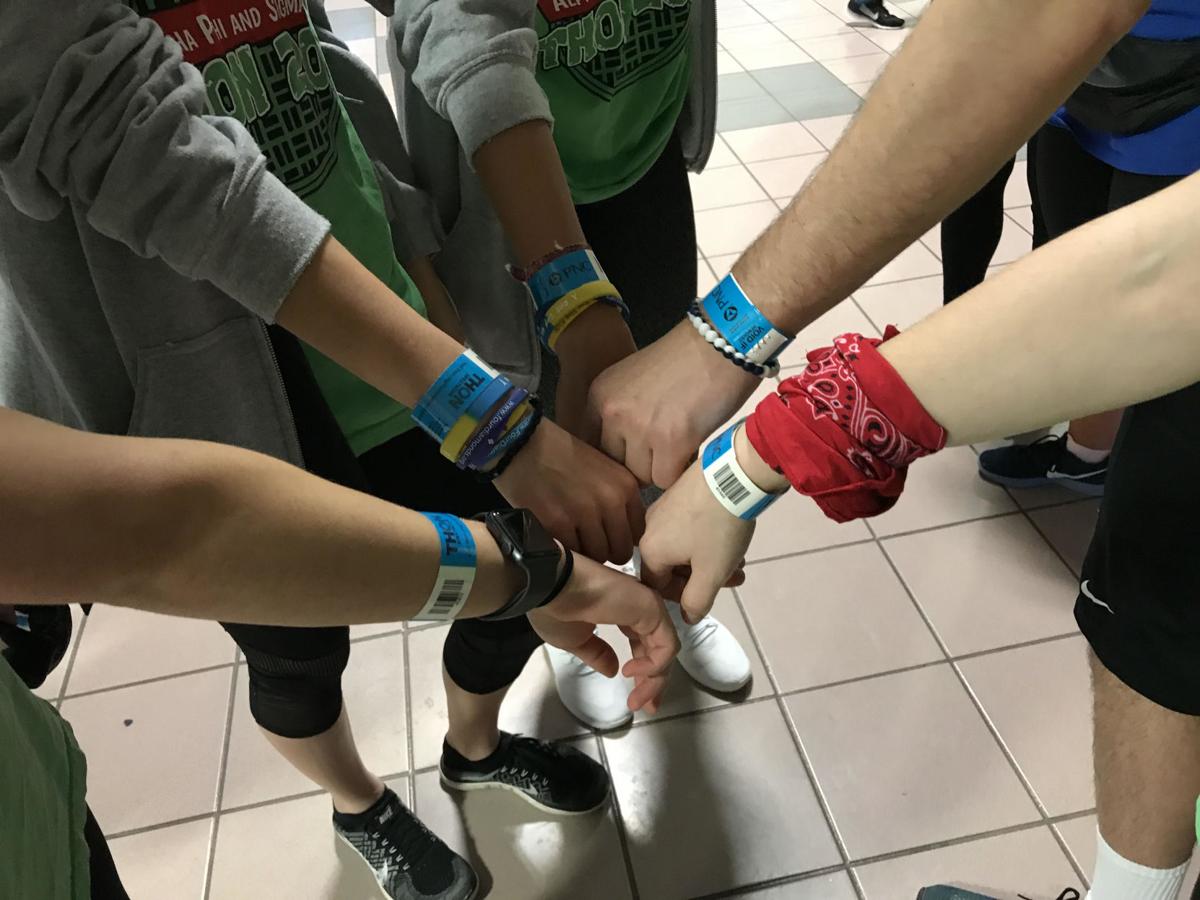 Students show off their wrist bands at THON 2018. 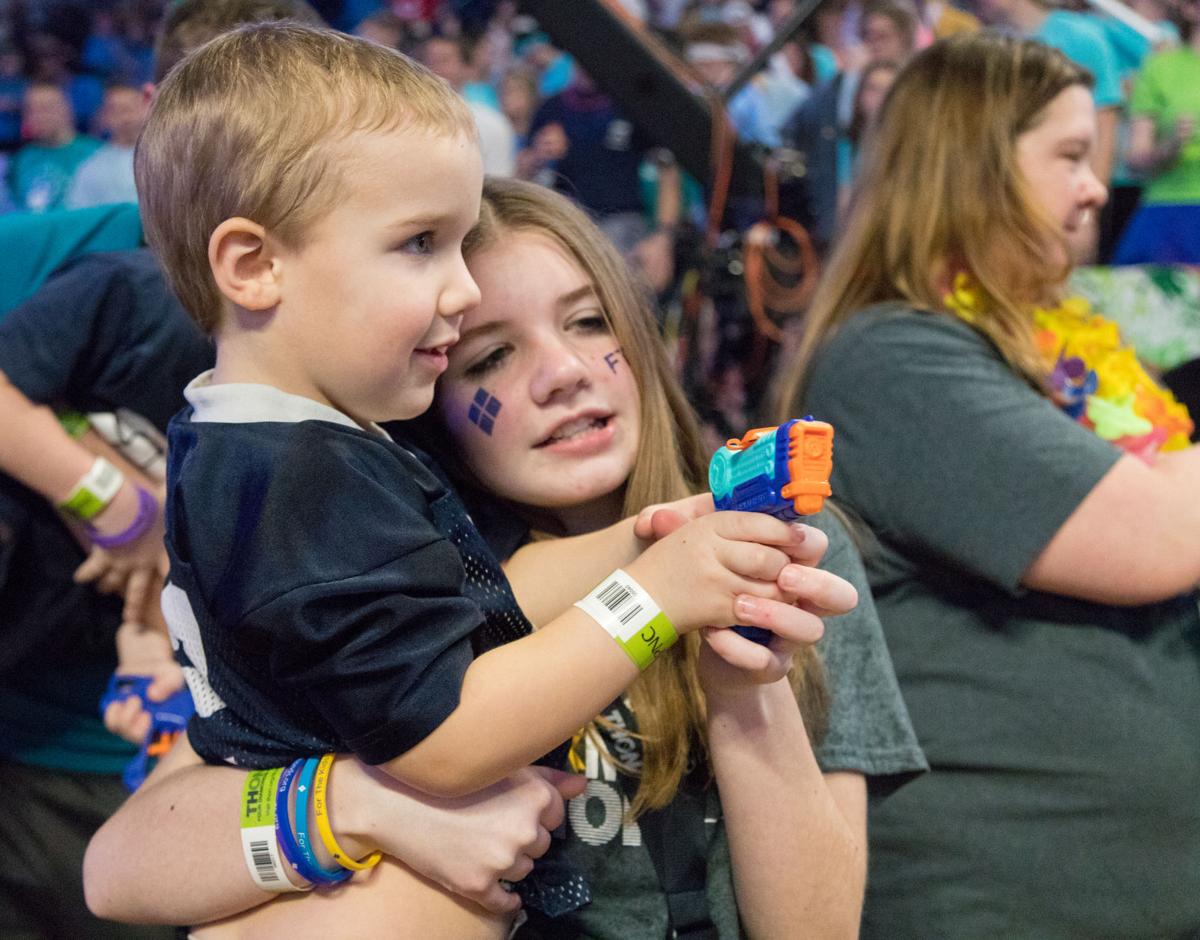 Johnathan Woods, 2 years old from Greencastle PA, blasts a squirt gun at his siblings during THON 2018 at Bryce Jordan Center on Friday Feb. 16, 2018.

THON 2018 is known to be the year of "Discovering Tomorrow's Wonder,” but it also might be the year of the plastic wristband, as the THON board decided to move from paper to plastic for the first time.

Every participant in THON needs to have the THON entry wristband in order to enter and leave the Bryce Jordan Center. For this year’s THON, participants were handed a plastic wristband, as compared to the paper wristband of years' past.

“Because they are plastic this year, they will last a lot longer,” Tyler Meerholz (junior-journalism) said. “Last year, they were paper so they disintegrated easily.”

Nick Rhody is not a student at Penn State, but came to THON with his fiancé, who is a student dancer throughout the weekend.

Rhody said he does not know if he will be wearing his wristband for couple days after the event because of his job, but he will be keeping it as a souvenir.

He said many students will also want to keep the wristband, “just to look back on it in the future of the time they spent for the kids.”

“The paper ones they rip off and get throw away,” Rhody said. “With these, you can keep them for a couple years.”

Despite some students thinking the new wristbands are put together well, others still disagree. This includes student Will Denney, who said he plans on wearing the wristband for a day after the weekend.

“I mean the quality of it isn’t that great,” Denney (junior - business) said. “If it was more like one of these livestrong bracelets, that’s more lasting and I would keep it. Because it is plastic, not so much.”

He said he does not even know how long students will wear them after the weekend.

“I don’t think you need a bracelet to be able to connect to somebody from THON, because it is going to be the talk around campus all week,” he said. “I know that if I see someone that was here and I don’t know they were here, it is going to be the first thing I ask, because I am so excited about it and I love it so much.”

Penn State students react to THON 2018 total: '10 million dollars that wasn’t there before'

THON 2018 Family Hour: 'We got through all that with the support of all of you'