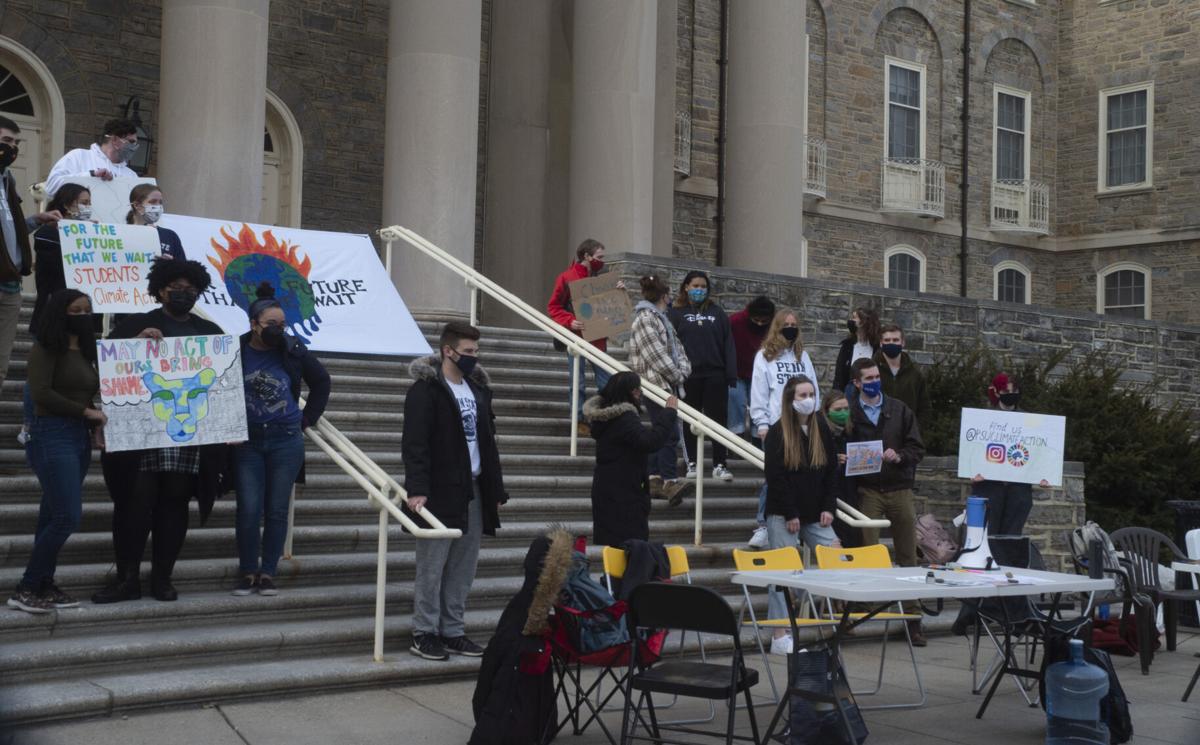 Students on the steps of Old Main during a PSU Climate Action demonstration on Friday, Feb. 26, 2021 in State College, Pa. 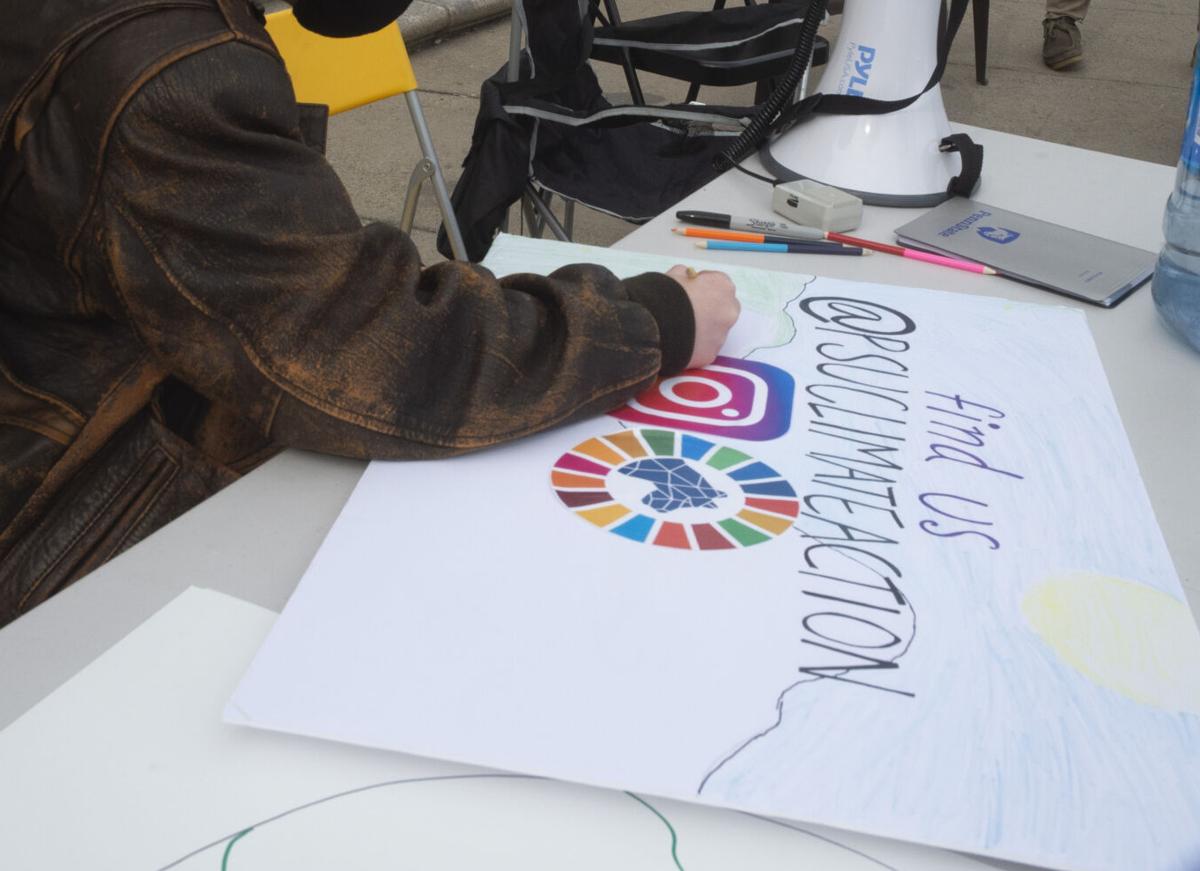 A sign during a PSU Climate Action demonstration on Friday, Feb. 26, 2021 in State College, Pa.

By Sophia Montanye | The Daily Collegian

Natasha Katoch, along with three of her friends, traveled an hour and a half to stand in front of Old Main Lawn Friday afternoon — but not just to admire the architecture.

Katoch is the social media co-facilitator of Penn State Climate Action, a student-run organization with a petition aimed at getting Penn State to implement more sustainable practices into its curriculum and operations. She’ll attend University Park in the fall 2021 semester, coming from Harrisburg’s branch — she said this was her first time visiting the university’s main campus.

“It really mattered to us to be able and help out our friends here at UP, to just organize and stand in union,” Katoch (sophomore-psychology and life sciences) said. “We just really wanted to be here.”

Katoch was one of a few dozen demonstrators who gathered in front of Old Main, drawing on posters with green and blue sharpies and hanging a banner that read “For the future that we wait” — a line taken from Penn State’s alma mater.

Gabriel Schaefer is one of Penn State Climate Action’s grassroots field team leaders, working with students both at University Park and across the commonwealth campuses. He said this week’s events will help the organization reach its goal of 4,000-5,000 signatures on its online petition.

As of Friday, the petition surpassed 2,000 signatures.

The petition has six recommendations, ranging from incorporating sustainability education into the required Penn State student curriculum to reallocating a portion of the student fee toward sustainability efforts.

Penn State ranked first among Big Ten institutions in sustainability performance for the first time this year, and its recent solar panel project aims to reduce the university’s greenhouse gas emissions by 80% from 2005 levels by 2050.

Despite this, Penn State Climate Action members said more can be done.

Schaefer said one of the group’s goals, once the petition gains enough signatures, is to turn to student government organizations — like the University Park Undergraduate Association, Council of Commonwealth Student Governments and Graduate & Professional Student Organization — to signal to Penn State administrators that students want to see change.

Divya Jain, the co-executive director of Penn State Climate Action, said the group planned on holding demonstrations last semester but couldn’t due to the coronavirus pandemic. But she still wanted to organize a “visual display of action” and managed to do it by reducing the group’s size.

“I think it's so important, when you're walking by, and you see a banner that has the Earth on fire,” Jain (senior-chemistry) said. “It [has] such a different impact on what you're thinking about at that moment and just brings climate change to the forefront.”

Cassandra Nuñez said she came out to the demonstration in support of climate action but also because climate change disproportionately affects communities of color. She said it’s important for Penn State to take advantage of its place in people’s lives as an educational institution.

“I think using Penn State’s educational platform is really important and targeting minorities to make sure that we're getting the word out, and it's not just the white hippies doing all of it,” Nuñez (junior-electrical engineering) said. “Everybody gets involved, and everybody knows that this impacts every single person.”

For Jain, seeing fellow students come together and spreading the climate change message is what she hopes passersby will take away from the scene.

“We're signaling to the administration… that we are looking for Penn State to take a strong stance on climate action,” Jain said. “The time for action was yesterday, or 10 years ago, and so pitter-pattering around the edges is not quite the best way to go at it.”

Vibe Coffee Company is gearing up to open in downtown State College.

While most Penn State students were transitioning back to in-person classes in mid-February, some students from Texas couldn’t even log into t…

Sophia Montanye is a videographer at The Daily Collegian. She is a freshman majoring in broadcast journalism.