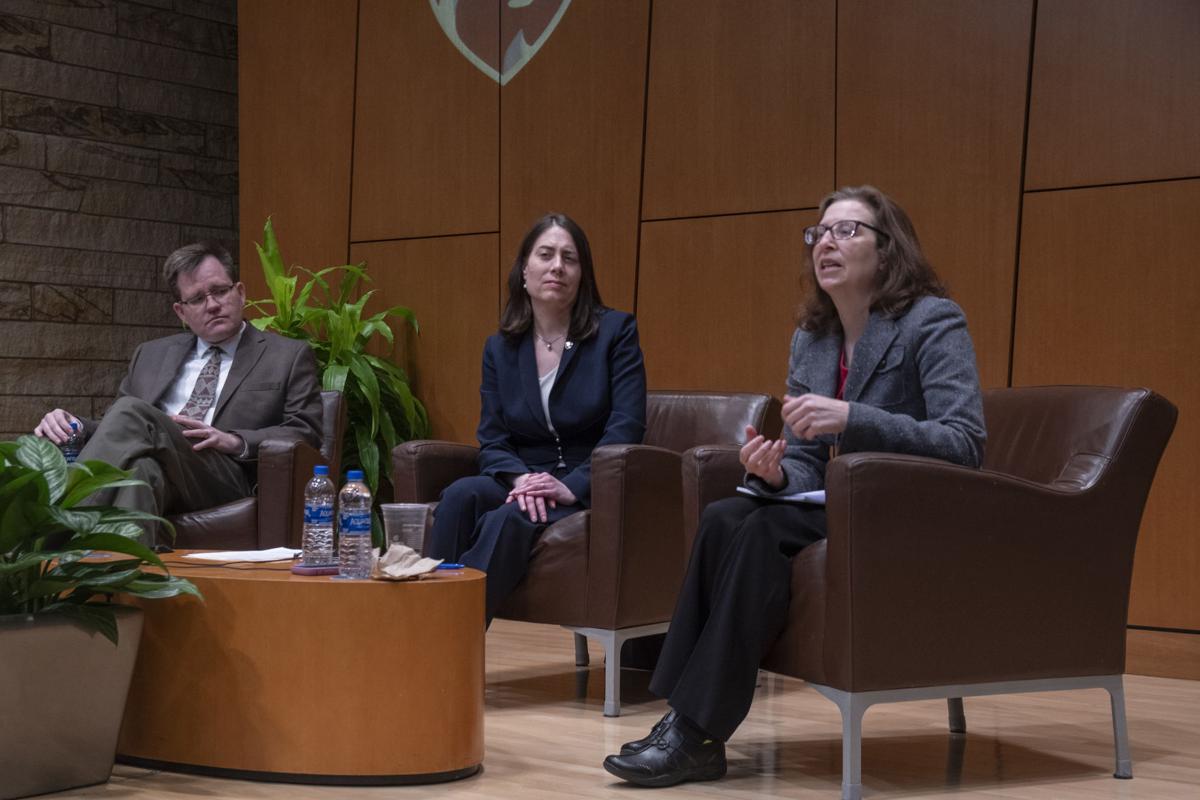 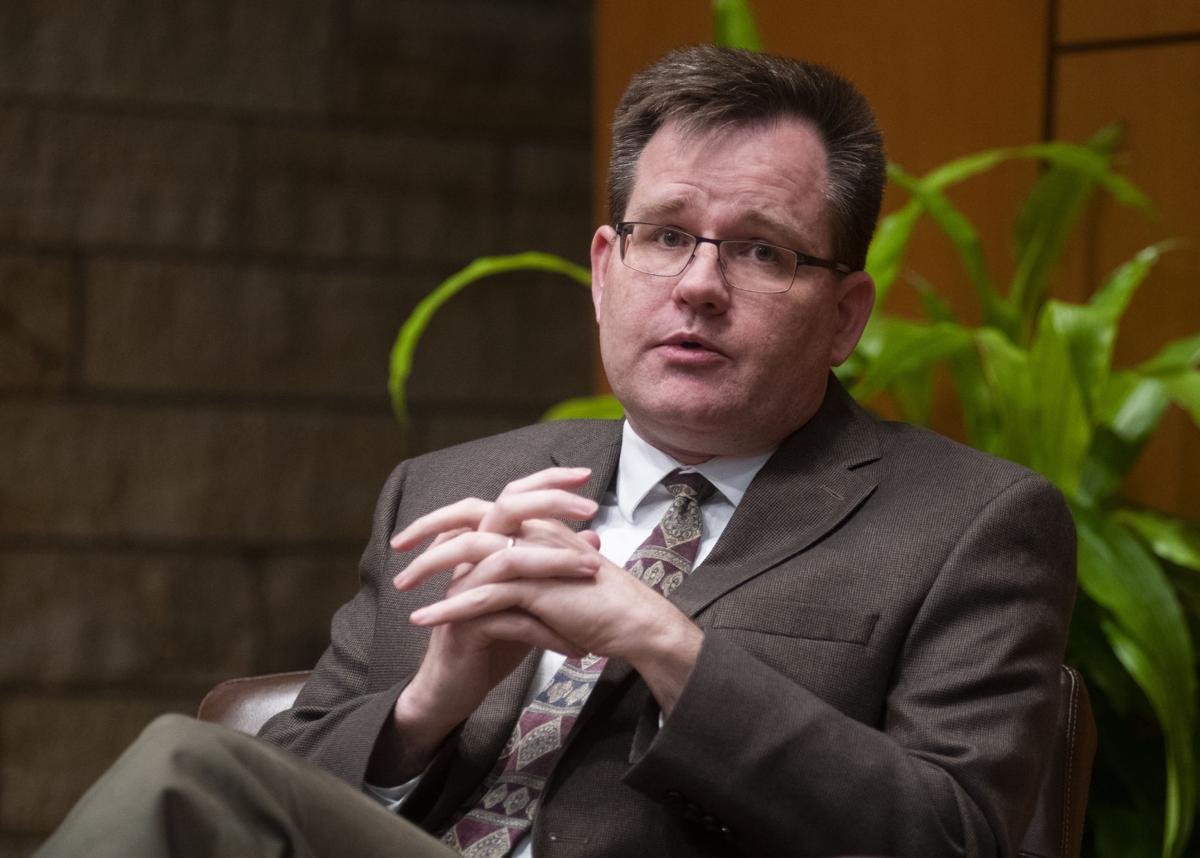 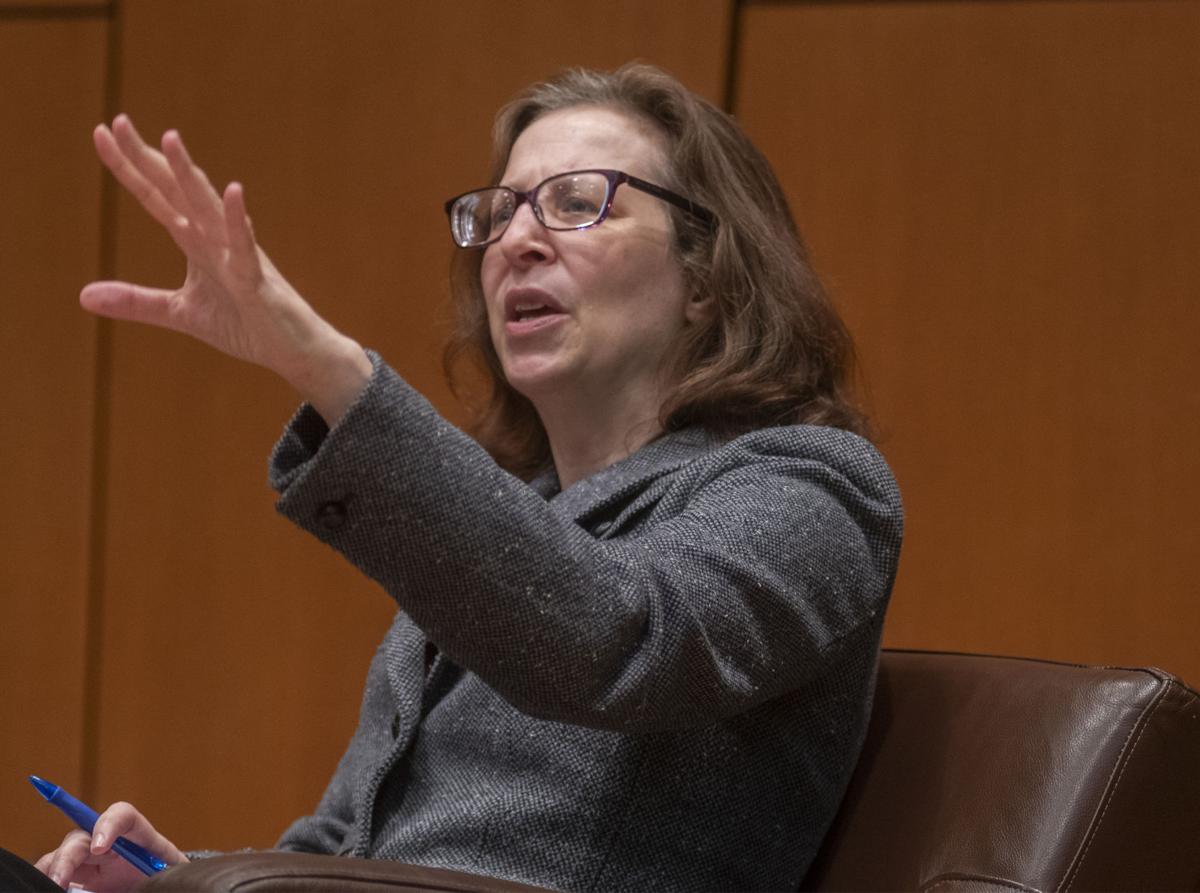 Thursday night, Professors Keith Whittington from Princeton University and Heidi Kitrosser from the University of Minnesota Law School delved into the history and significance of the impeachment process in the United States at a discussion panel in Sutliff Auditorium.

The event was hosted by Penn State Law, as well as the American Constitution Society and the Federalist Society.

This topic of discussion was timely as it took place on the same day in which the Senate opened its impeachment trial against President Donald Trump following Speaker of the House Nancy Pelosi’s long-awaited decision to deliver the articles of impeachment, which the House of Representatives passed on Dec. 18.

Although the speakers at the event offered different backgrounds and insights into the history of impeachment in the United States, the discussion was complementary as Whittington provided an expertise on the history of American impeachment while Kitrosser stressed the importance of “information cascades” to the impeachment process.

Whittington highlighted the political nature of the process, purpose and power of impeachment.

“It’s necessarily the case that the people who are going to be heavily engaged in carrying out impeachment— both on the House side and ultimately on the Senate side — are worrying about the future of their political parties, worrying about their own individual political fortunes," Whittington said. "They're worried about their own constituents and how their constituents think about these things and that’s baked into the impeachment process as a whole.”

While discussing the political power and stakes that the impeachment process has, Whittington began by questioning “what the point” of impeachment is in the first place.

Despite the fact that the “obvious” goal might seem to be the removal of a president from office, this has, historically, never been the case, according to Whittington.

Instead, Whittington contended that impeachment is a tool used for other purposes, as well.

“We also use impeachment power to emphasize or set an expectation about how officers ought to conduct themselves. We try to create lessons and build norms and enforce norms about proper scope of behavior for officials in office," he said. "So even if we think this particular officer, the president of the United States, may retain his office at the end of this process, nonetheless impeachment may be quite successful.”

With an expertise more attuned to government secrecy and executive privilege, Kitrosser discussed the fact that this impeachment process underscores the importance of whistleblowing, which was the sole initiator of Trump’s impeachment.

Additionally, the prospect of decreasing partisanship — a talking point in the U.S. today — was a point on which both Kitrosser and Whittington remained unmoved.

Kitrosser said it is difficult to transcend partisanship in today's political climate in part due to the media environment.

“We have a media environment right now where different partisan composition — different pieces of the country that have aligned themselves based on partisan affiliation — have essentially very different starting factual points," she said. "People are getting very different understandings, often times depending on what media they watch, they listen to. And so that’s, I think, another challenge in terms of reaching any sort of shared agreement at least as basic fact.”

Kitrosser went on to contrast the theoretical divide with the reality of bicameralism.

“It’s not clear that there’s a marked difference in the marked procedures in the House and the Senate, so much as there is a stark difference simply based on party alignment… It is great to get the historical perspective from Keith recognizing that this is not a new phenomenon. At the same time, I think, arguably, it’s become an even more intractable phenomenon," she said.

Despite the reality of political polarization in the country today, Shifa Abuzaid, the president of the American Constitution Society, stressed the importance of establishing intellectual spaces.

On Wednesday, the House of Representatives voted to impeach President Donald Trump on two ar…

Noor Al-Ahmad is a politics reporter for The Daily Collegian. She is a senior studying political science and economics.