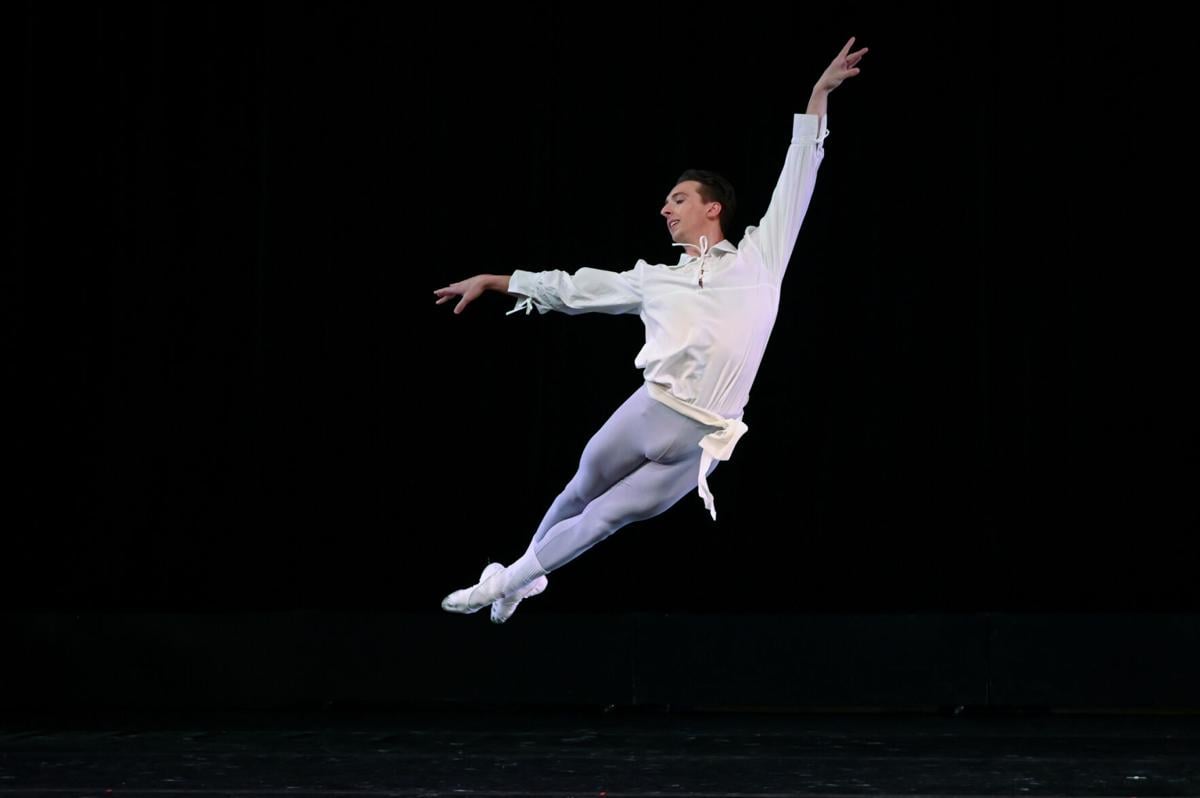 What began as a “pipe dream” in 2018 for Robert Fulton was the winning idea for Penn State’s 2021 IdeaMakers Challenge.

The winning team created Éclaireur, which Fulton (sophomore-business) described as “a subscription database that helps dancers find training programs, auditions for those training programs and information on companies.”

Éclaireur is made of five members total, three of which are Penn State students. In addition to Fulton, who is the founder, are coders Sasha Ahrestani and Eugene Ryoo. Camille Kellems and Anna Peabody are both graduates from Indiana University and are professional dancers with the Nevada Ballet Theatre. Fulton said they manage the ballet portion of things, with one working social media while the other helps to gather data on ballet programs.

The idea of Éclaireur came to Fulton, a professional dancer with the Nevada Ballet Theatre, in 2018 after seeing the struggle ballet students face when trying to find new programs.

“Back in 2018, I was trying to transition from being a student to a professional myself, and it was the end of the year, and a lot of people in the training program that I was dancing at… all got cut suddenly and they had nowhere to go,” Fulton said.

Fulton said the dancers were unable to find new training or new jobs because they didn’t have enough exposure to the dance world.

That’s when Fulton asked, “Why is there no centralized database for people to just go and find all of this information and easily find the perfect program that fits all their needs?”

That’s when Éclaireur “formed” in his mind.

Dancers on the website who are looking for programs can search using factors like dates they are available, the location and their tuition budget, Ahrestani (junior-computer science) said. Some of the other search factors include in-person or online programs, as well as housing options.

Fulton said by using these search filters, results are generated, which the user can then click on for more information.

As for the name, Éclaireur is French for the word “scout.” Fulton said the name was decided on after brainstorming ways they could “connote” the sense that the database helps others to find ballet programs. The team went with a French name because it’s the language spoken in ballet.

“I like the name because it doesn’t restrict us if we want to kind of expand what we’re doing in the future,” Ahrestani said.

Fulton and Ahrestani also created Éclaireur’s logo. After finding a cursive font they liked, Fulton drew the silhouette of a dancer, which Ahrestani placed at the end of the logo.

Fulton first told Ahrestani and Ryoo (junior-cyber security) about his idea for Éclaireur during summer 2019. It wasn’t until November 2019 when Ahrestani called Fulton asking if he needed a coder that the process began.

“We just partnered up right then and there and started working on it,” Fulton said.

The two later realized the project was going to take more “manpower,” and that was when Ryoo, who had expressed interest, joined the team.

Fulton said he’s the “head ballet person,” and during the “creative process,” he helps to come up with general ballet ideas, keeps in touch with the community and organizes the data-gathers who collect ballet information.

As a site developer, Ahrestani has been working on the website for over a year and built it from the “ground up.” Currently, he is working to add more features to the site. Ryoo said he focuses on the policy and regulatory cybersecurity of the website, since the team is handling customers’ personal information and payment data.

Ahrestani said though it is the end of audition season, users can still look at programs on their site. In October, Fulton said there will be new information on the site, and the database will really “take-off.” Ahrestani also said social media marketing will begin.

Ryoo had previously heard about the IdeaMakers Challenge at Penn State, and so when he got an email about it earlier this year, he told Fulton and Ahrestani about it.

Ryoo said they submitted the application the day it was due.

As part of Penn State’s Startup Week, the IdeaMakers Challenge is one of many competitions that allows students, faculty and alumni to grow business and nonprofit ideas. The challenge is a competition for groups of two to five undergraduate students within different academic colleges to present an “early-stage business idea” centered around information technology.

Fulton described the competition as “Shark Tank-style.” Competing against 17 other teams, they participated in three minute and five minute pitches, where they presented their ideas to a group of judges. There were three rounds, and in between each they would receive feedback and mentorship on ways to improve their pitch and business idea, according to Fulton.

Ahrestani said the group had to practice a lot to fit everything into three minutes. They began their pitches by telling a story and then described their site and its features.

Fulton said many people don’t know much about the ballet world, so pitching their idea required people to have better knowledge about the art.

“We really have to explain a lot of background information to people to get them to understand the competitiveness and how hard it is to get hired somewhere [and] to get the proper training in the ballet world,” Fulton said. “How do we condense all of that background information into a five minute pitch while also catering to the business side of things?”

Ultimately, after their second round, Ahrestani said most of the feedback they received from the judges was they were confused since they didn’t understand how big the ballet world is. The judges wanted to know who was going to use their site and how profitable it would be.

Fulton said this helped push them forward because they are going to have to explain these aspects to other “nondancers” or parents of dancers.

“I think it helped us really create a message that is appealable to a mass audience, not just a niche audience,” Fulton said.

For the future of Éclaireur, the team hopes to grow the site and continue to help people find their next step while engaging with the community.

“Our general goal for Éclaireur is we want to expand this to something far beyond just ballet,” Fulton said. “We want to be a database that can help all sorts of artists.”

Fulton said he hopes the site can help other artists, like musicians and actors, too. He also said he wants to minimize the amount of people who have to give up what they love because they don’t have enough information to continue their training and career.

Ahrestani said since many people like to be active online, he hopes to bring a social media aspect to Éclaireur’s website so people are able to engage with it.

“I think one of the biggest things about Éclaireur for all of us is... this has given us a project, something almost intangible to work toward during ‘Zoom University,’” Fulton said, “something that has a legitimate reward to it with the IdeaMakers Challenge, and something that is going to further our careers and our livelihood outside of this uncertain year where everyone is not the happiest.”

Grace Strayer is a culture and identity reporter for The Daily Collegian. She is a freshman studying advertising and public relations.