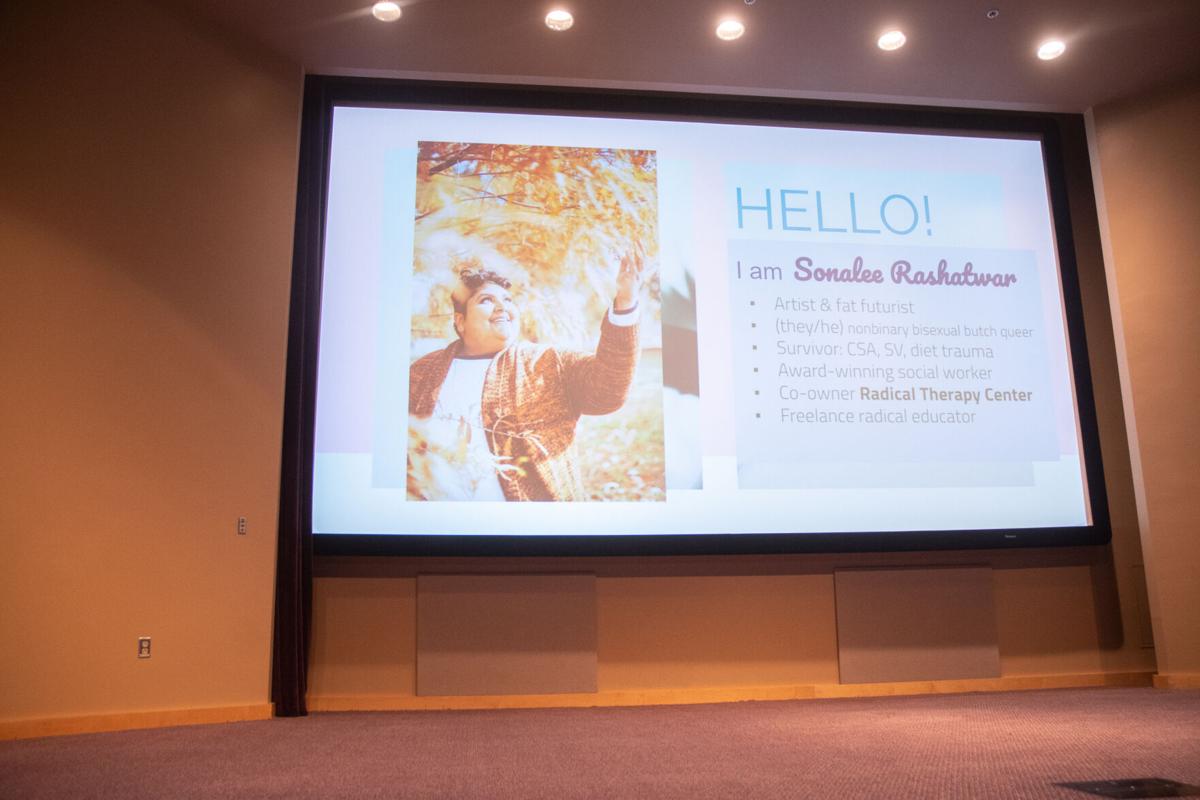 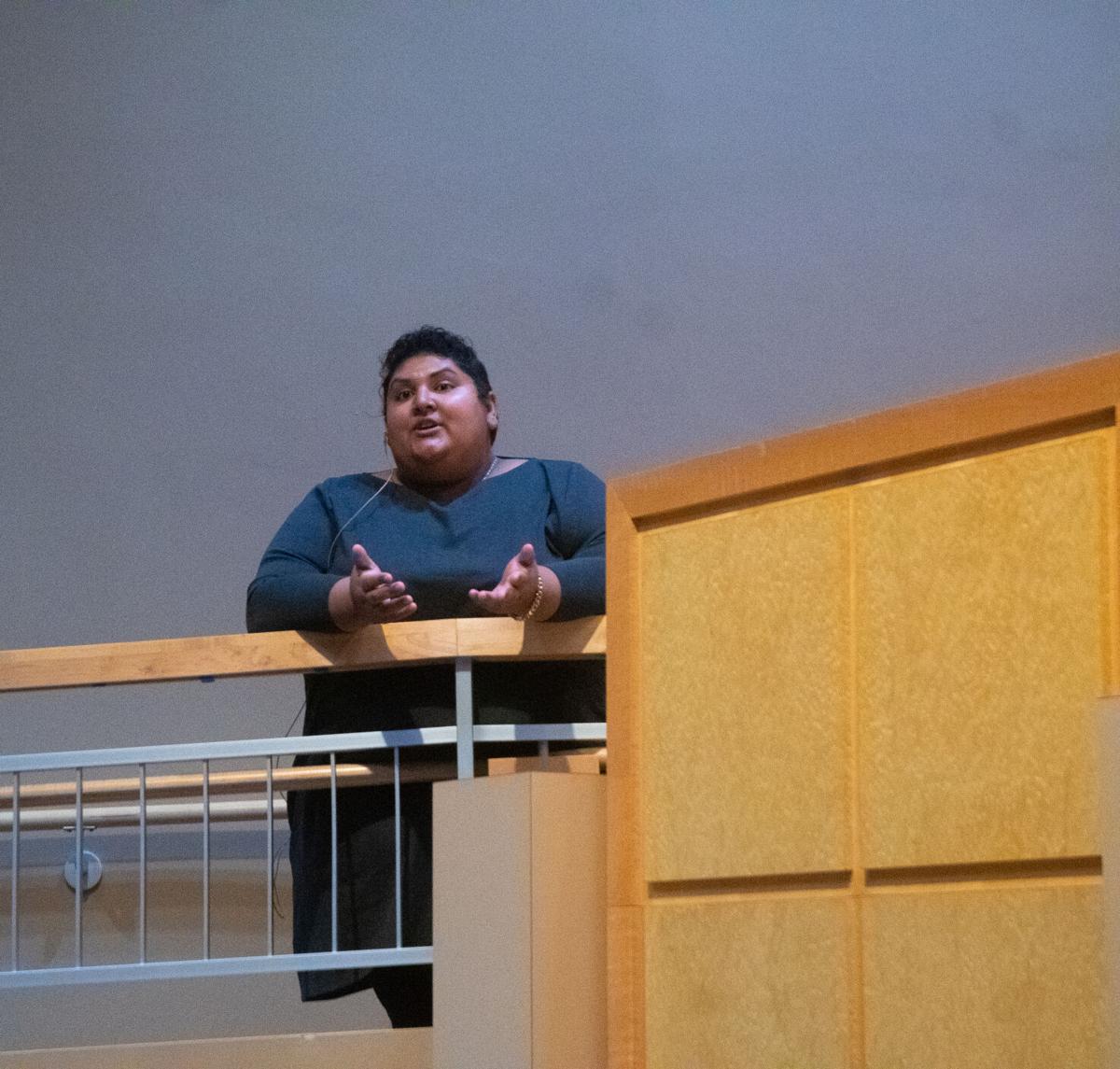 Rashatwar began with quotes from James Baldwin and Toni Cade Bambara to ensure the audience was “grounded in Black, radical thought.”

After their introduction, Rashatwar asked the audience in the Freeman Auditorium of HUB-Robeson Center whether they agree or disagree with five phrases. The questions intended to determine if the audience was “weight-biased.”

1. Restrictive eating can be a form of self harm.

A majority of the audience moved to the “agree” side of the room.

“We might pull back from one behavior, but we actually see it show up somewhere else,” Rashatwar said.

Rashatwar said people have to understand the “larger pattern” to establish what causes the pattern of self harm.

2. One should do what they can to avoid becoming very fat.

While most students moved toward the middle of the auditorium, a few still agreed and disagreed with the statement.

“My fatness comes with me everywhere I go,” Rashatwar said. “It doesn’t diminish my worth.”

With a majority of the audience staying neutral, Rashatwar said society’s “ability to access good health” is a luxury.

4. There are definitely some foods that lack nutritional value.

Rashatwar said diet culture tends to choose a macronutrient to classify as a “demonized food” for several years.

In the 1990s, Rashatwar said diet culture was obsessed with cutting out fat, and in the 2000s, carbohydrates were “demonized,” Rashatwar said.

Then in the 2010s, everyone was going gluten-free, Rashatwar said, even if it wasn’t necessary for their health.

Now, people focus on cutting out processed food — something Rashatwar said they see as convenient and efficient in one's daily life.

“When we moralize food… we put it into this good and bad binary,” Rashatwar said.

5. It is healthy to ask my partner to control their weight.

While a majority of audience members disagreed, a few explained health issues could be a reason to mention their partner’s weight.

“Bodies are supposed to change over time,” Rashatwar said.

Rashatwar said many people are unable to “control [their] body size” because of genetics.

The presentation was funded by the Laura R. Whitaker Fund and the student-initiated fee and sponsored by the Penn State's Gender Equity Center and Health Promotion and Wellness.

Two Penn State students, Katie Lorine and Lily Bauman, attended the presentation and said they gained more perspective and were grateful they attended.

“It challenged me to think about what I eat, how I treat my body and how I can do that in a positive way that will not give in to these concepts that are perpetuated by structures that we’re trying to dismantle,” Lorine (freshman-digital arts and media design) said.

Lorine said it shocked her to see Rashatwar’s explanation on how diet culture is influenced by “colonial and white supremacist structures.”

Bauman (freshman-digital arts and media design) said she was “blown away” by Rashatwar’s connections between diet culture, purity and rape culture in the presentation.

“We were never taught any of this,” Bauman said. “The way we were raised to think was so formulated.”