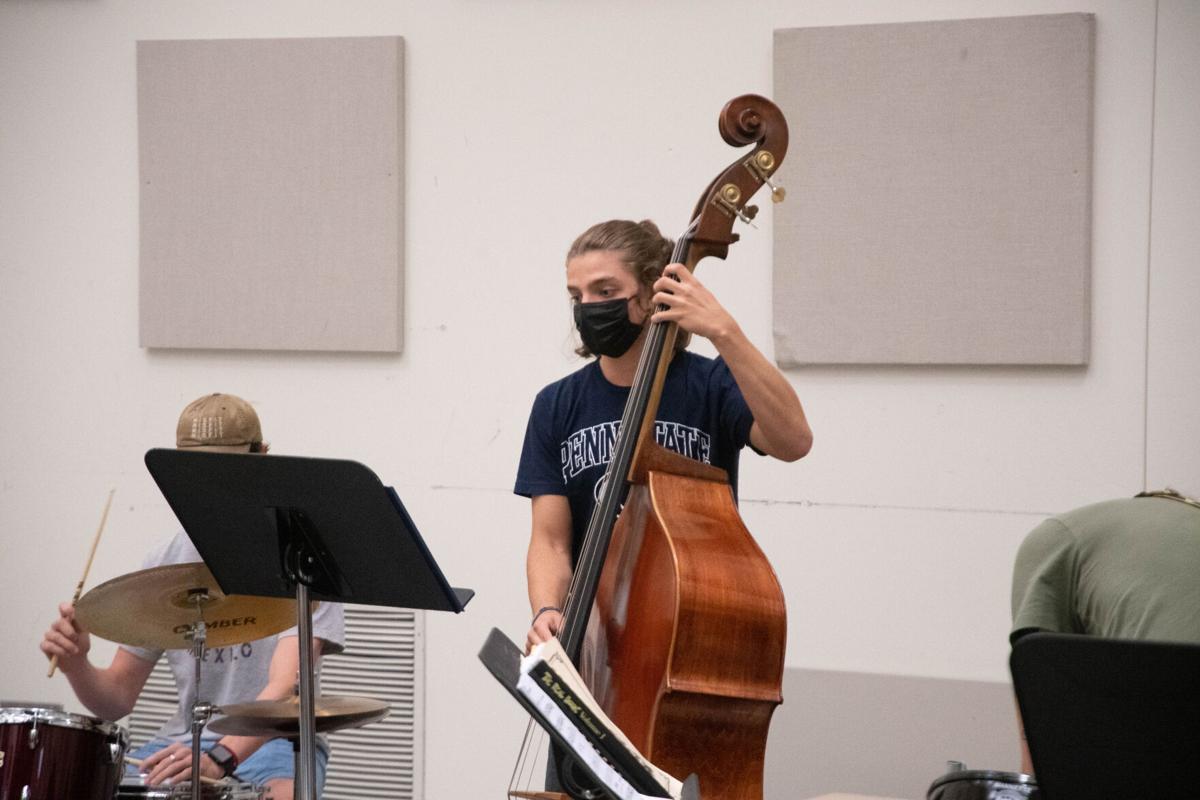 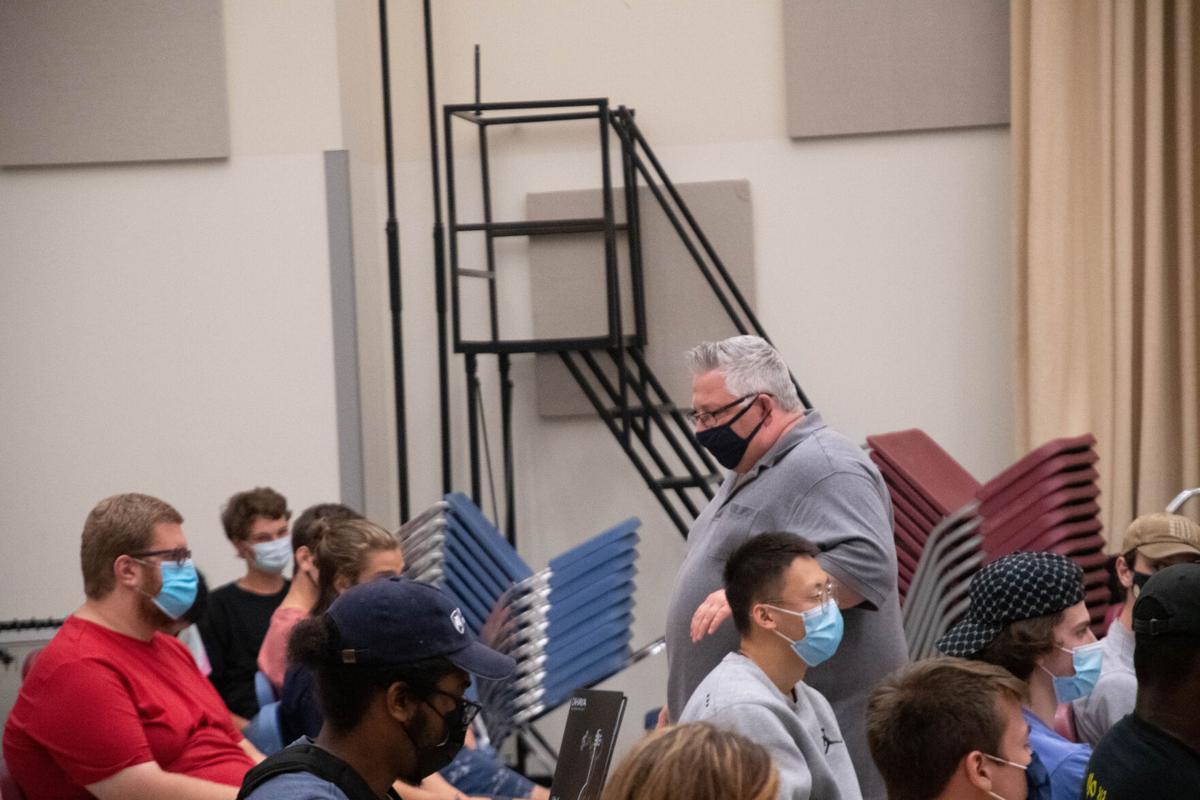 In an old rehearsal room Tuesday night, vibrations in the air left many feet tapping. Students in Jazz Combo Class workshopped through multiple tunes and honed their music skills.

Jazz Combo Class, which can be taken as part of Penn State School of Music’s jazz studies program, teaches students the facets of jazz performance.

Marko Marcinko, director of jazz studies at Penn State, said he’s been playing music since he was four years old and has been playing professionally for more than 25 years.

The jazz studies program has three big band ensembles, a combo ensemble and jazz vocal ensembles, according to Marcinko. These ensembles vary in size, but there can be up to 20 people in the big bands.

Students from the program have gone on to book gigs on television, Broadway, tours and other professional venues, Marcinko said.

“Trying to pass this music on properly, the way it was passed on to me, I’m very respectful of that,” Marcinko said. “If you learn it the right way, then you’ll continue to pass it on in such a direction.”

Over the past year, the coronavirus pandemic put a halt on many live jazz performances.

“You can’t do it without the audience,” Schneider (fifth year-professional performance certificate student) said. “I had to do an all jazz recital with no audience, and it was really tough.”

When playing, Schneider said jazz musicians often discuss “without saying anything,” and jazz combos challenge students to work through tunes since there’s no director or composer.

For Schneider, what makes “great jazz” is communication, a sense of humor and the audience. He said he believes the audience is “half of the whole story,” and the main people jazz musicians try to communicate with through performance.

Schneider coordinates “jam session[s]” at 3 Dots Downtown and has played for Penn State President Eric Barron multiple times. He will play for Barron next weekend at the White Out as well.

“It’s very good to get back and actually have gigs again because we rely on that small crowd — that’s our market,” Schneider said.

Jazz Combo Class explores working different types of jazz combos, which could include a variety of instruments playing together at the same time, according to Schneider.

Alex Sampsell, a student in the School of Music and bass player, said he believes “the feel” is what makes great jazz.

Sampsell (junior-bass performance) said people often get too caught up in the technical side of jazz, but for Sampsell, the feel makes all the difference.

When Sampsell is playing jazz, he said he is concerned about the time, and as a bass player, keeping time is especially important.

Sampsell performs in the “PSU Jams” jazz jam sessions every Friday in Music Building II, where he and other jazz musicians play for fun.

Marcinko said the combo class this semester is dedicated to working on the “nuts and bolts” of the jazz combo.

One way students achieve a better understanding of jazz is to listen to it, according to Marcinko. He said students will first listen to jazz performances and pieces and then apply what they learned into their own performances.

“It’s truly American. I think a lot of people don’t realize that our greatest export to the world is jazz,” Marcinko said. “That’s a thing that was invented here. It wasn’t invented anywhere else.”

Marcinko said there are a lot of adjectives to describe jazz but found one phrase that it’s not.

With the many ways people can focus on their mental health, one thing several Penn State students said they have in common is using music as a…