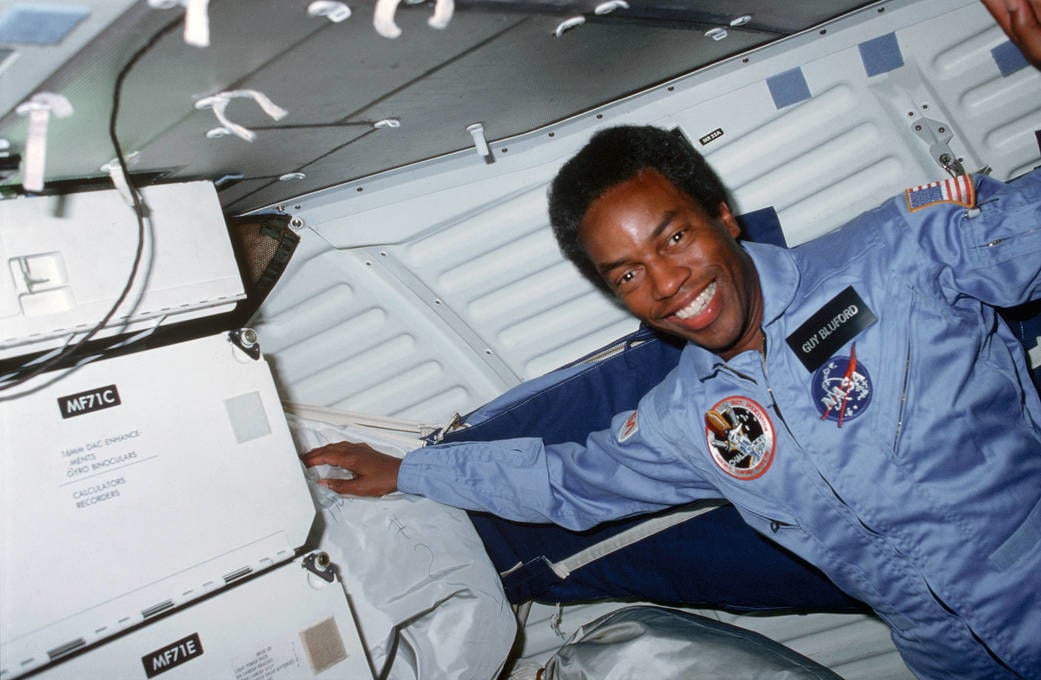 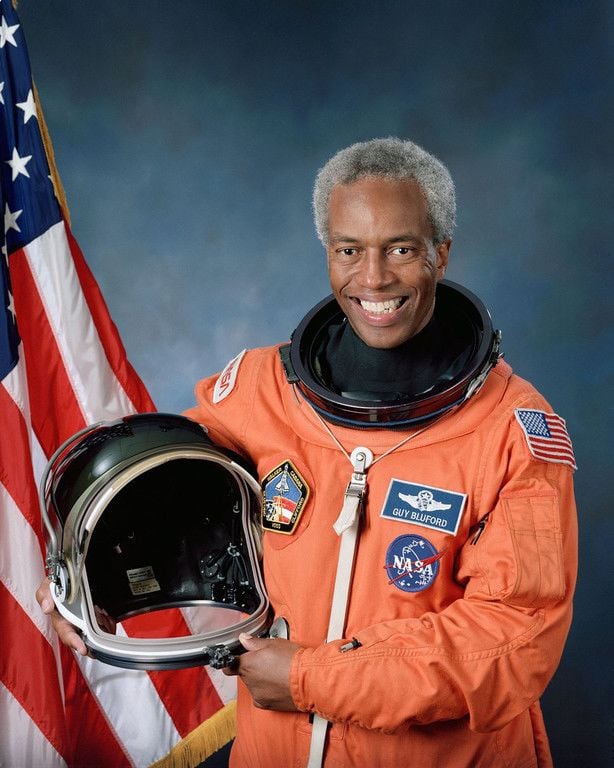 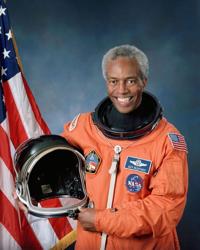 As most sleep through the summer night, Guion Bluford sits in a shuttle, his back to the ground, his face to the vastness of space. It’s raining outside.

A countdown — 3, 2, 1 — and Bluford and four other crew members blast off the launch pad.

In two minutes, the shuttle is moving three times the speed of sound.

In six and a half, the shuttle is moving 25 times the speed of sound.

The shuttle enters orbit upside down. It circles the Earth at approximately 18,000 mph, greeting and passing the United States in about 10 minutes.

For Bluford, the mission was his first time in space.

The mission also made him the first African American to go to space.

Reflecting on his time as a NASA astronaut, Bluford, a Penn State alumnus who graduated in 1964, said he knew how important his mission was when he was selected to go to space.

“I recognized the importance of the role that I would be playing, but my goal was to do the best I could — not to be overly enamored by it, but to do the very best job that I could in that role — and hopefully I did that,” Bluford said.

Born and raised in Philadelphia, Bluford knew since high school he wanted to be an aeronautical engineer.

When the time came to choose a college, Bluford said Penn State stood out as the best choice.

Upon entering college, Bluford envisioned himself receiving a degree in aeronautical engineering and pursuing a job in designing airplanes.

That, however, did not go as planned.

With the Vietnam War ongoing, Penn State required all male students to participate in two years of ROTC, according to Bluford. Bluford chose to enroll in the Air Force — and after serving the mandatory two years, he decided to pursue a career in the Air Force.

Of the roughly 20,000 students enrolled at University Park during Bluford’s education, he estimated about 300-400 were black.

Though Bluford attended college during a time of change in the country — as the civil rights movement, women’s liberation movement, Vietnam War, Cold War and Space Race were all in full swing — he described campus as “pretty quiet,” as “turmoil never really spilled over into Penn State.”

His senior year of school, Bluford got his private pilot’s license.

He met his wife, Linda, his freshman year of college, and the two were married his senior year.

He described Penn State as the “launch pad” into his career.

Bluford traveled to Phoenix with his wife after graduation for Air Force training. Before moving to Arizona, Bluford had never been west of State College.

Several years later, he went to Vietnam, where he flew 144 combat missions as an F4C fighter pilot in South Vietnam for nine months.

After Vietnam, Bluford decided to pursue his high school dream of becoming an engineer. The Air Force sent him back to school to receive his master’s degree and Ph.D. in aerospace engineering from the Air Force Institute of Technology in 1974 and 1978, respectively.

In 1977, when Bluford came up for reassignment, he couldn’t find a job he wanted in the Air Force. At the same time, NASA was looking for astronauts, so Bluford decided to apply.

Of 8,000 applicants, Bluford — who had never even envisioned himself as an astronaut — was among 35 people accepted into NASA’s program in 1978.

Sally Ride, the first American woman in space, was accepted into the same program.

After a year of training, Bluford became a NASA astronaut in 1979. Three years later, he was selected to serve as a mission specialist on STS-8, the third flight for the orbiter “Challenger” and the first mission to have night launch.

During the six-day mission, Bluford and four other crew members deployed a satellite into orbit. He described the mission as a success.

Bluford said space “fascinated” him. He loved the view out the window, and the feeling of zero gravity as he walked on walls and ceilings.

After his first mission, Bluford stayed at NASA, explaining he wanted to “make a contribution” to the agency.

Tom Brier is a busy man — and he’s only getting started.

He said he actively expresses his gratitude to NASA, the Air Force and the United States for giving him the opportunities he had. In addition, he said he recognizes those who came before him, like the Tuskegee Airmen, who “really paved the way” for Bluford.

Bluford resigned from the Air Force and NASA in 1993, pursuing a career in an industry in which he would serve as the vice president of three companies — NYMA, Federal Data Corporation and Northrop Grumman Corporation — over the course of nine years.

He currently serves as the president and founder of Aerospace Technology Group, a consulting firm.

Bluford said he takes “great pride” in his life’s accomplishments.

“I take pride in the fact that I'm a Penn State aerospace engineer who had three exciting careers — an Air Force career, NASA career and an industry career,” he said.

Since 1997, Bluford has been inducted into the Astronaut Hall of Fame, the International Space Hall of Fame and the National Aviation Hall of Fame.

In 1983, Penn State named Bluford a distinguished alumnus. He served as Homecoming grand marshal in 2006.

On Feb. 20, Penn State’s Board of Trustees announced plans to name a building at Innovation Park after Bluford. The building houses Penn State’s Center for Innovation Metal Processing through Direct Digital Deposition.

“This building will serve as a living symbol of Dr. Bluford’s contributions across many disciplines but especially to his innovation in the development of space systems technology,” Justin Schwartz, Harold and Inge Marcus Dean of Engineering, said in a press release. “The building name acknowledges and honors Dr. Bluford's distinguished achievements and historical significance, while also signifying Penn State's commitment to excellence in space systems across many domains including aerospace engineering, systems design and astrophysics, and active commitment to mentoring, equity and inclusion.”

To current students, Bluford encouraged them to chase their dreams and do what they enjoy in life.

“I think the reason why I was successful at what I did was because I found out I loved aerospace engineering,” Bluford said. “I discovered that love at Penn State, and I’ve driven my career toward following that passion.”

A dream of flying brought Eileen Collins to her true passion — being an astronaut.